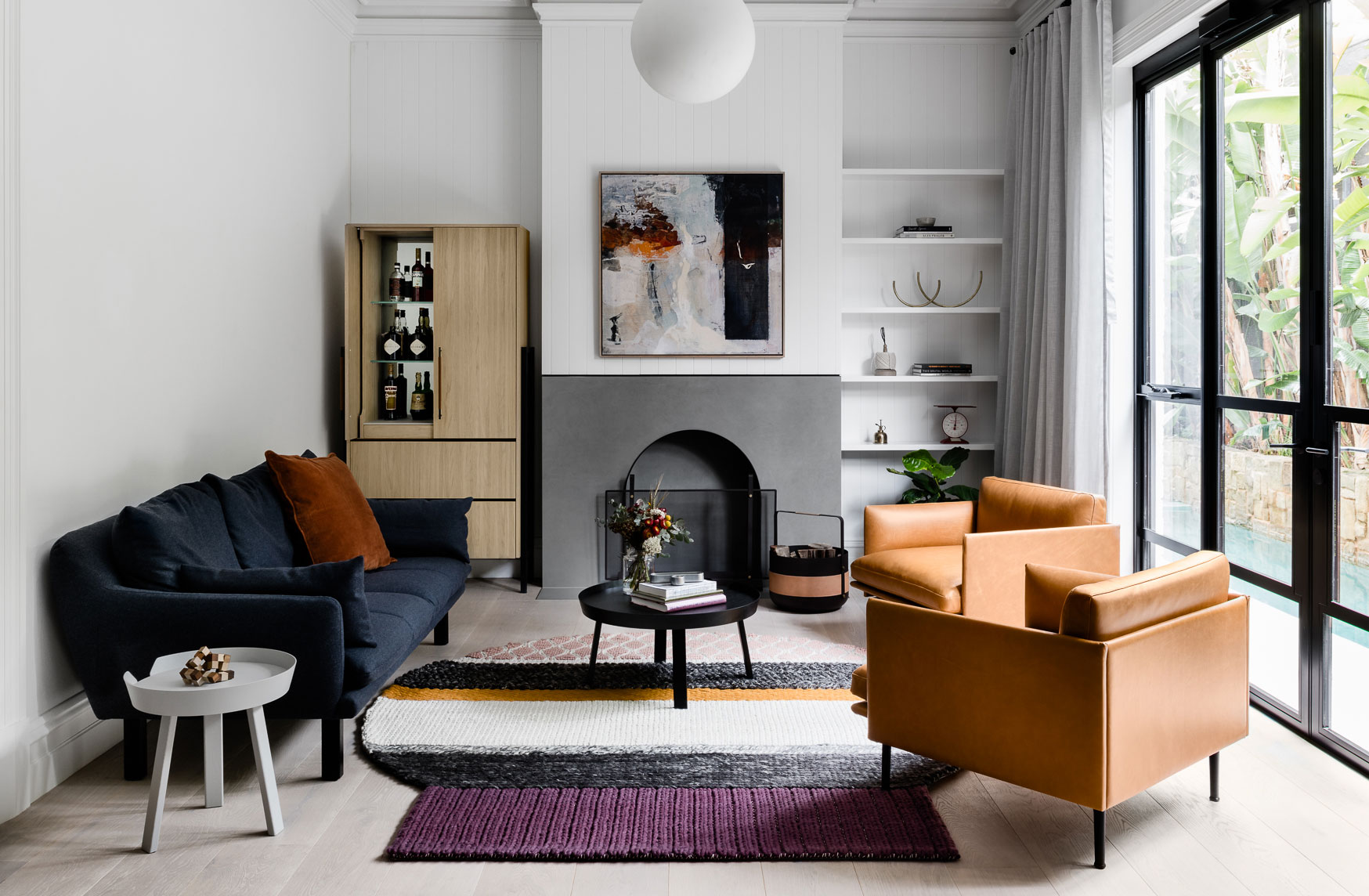 Technē channels calm and bright in this Victorian renovation

Melbourne’s Technē Architecture and Interior Design sought to deliver a contemporary renovation while remaining sympathetic to the era of this large Victorian home in Carlton.

The property – home to a couple with two young children – had recently undergone a pre-sale renovation, but the clunky and heavy-handed job had not addressed the existing problems of low natural light and limited space.

To do that, Technē demolished the addition and created a new pavilion that was larger and allowed more light to funnel into the space.

The pavilion features full-height glazing framed in black steel to create a seamless connection between the more traditional facade and the contemporary extension.

Inside, the once cramped kitchen and living area were combined for a light-filled space that can easily accommodate the family’s large dining table and opens into the garden space.

The architects were inspired by garden houses and conservatories, choosing a skillion roof to maximise the garden views and give the property a more dramatic form.

For the interiors, Technē chose a soft and minimal palette of light timbers, grey tones and contrasting black and white accents to “create a calm, light-filled space”.

“Our standout trend for the interior design aimed for a timeless aesthetic, a design that will grow and evolve with the family, with the spaces that are continuously adaptable,” says Technē interior designer Bianca Baldi.

This included curating a range of new pieces to complement certain statement pieces the family already owned. Mostly pieces with bold colours and textures, but also elements that brought a mix of raw and refined materiality throughout.

Technē also ditched the previous renovation’s faux-Carrara marble in the kitchen and bathrooms, replacing it with light floating porcelain and two soft-toned terrazzo.

The heritage plaster cornices and ceiling roses were preserved throughout, as were the five fireplaces, which were restored and complemented by a v-groove panelling on the surrounding walls.

The Carlton home is the latest from Technē Architecture and Interior Design, which was co-founded by Nick Travers and Justin Northrop.

The practice was also behind the redesign of the Melbourne institution, The Espy, and the restaurant, Long Chim. The Epsy was recently declared the best designed bar in the region.