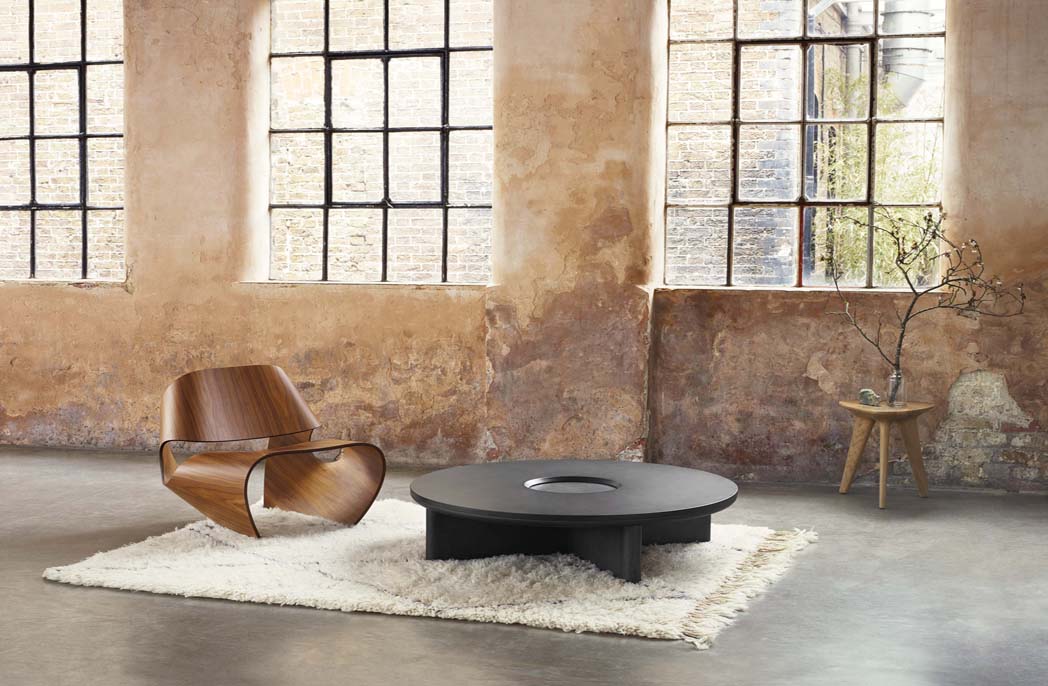 In the first of a four-part series in inside, co-editor Gillian Serisier takes a look at the interior designers, design media and the furniture designers and makers who have all played a role in positioning Australian furniture on the global stage.

The turn of the century has very much seen Australian furniture come into its own. Where once the options for high-end interior design were European/Scandinavian contemporary or European/Scandinavian iconic with a smattering of Australian vintage (Parker or Featherstone), the current movement is underpinned by a style that suits our lifestyle and has an honest understanding of our climatic conditions.

While the underlying change has been concurrently driven by a great and complex range of influencers, it is the Australian interior designers that have increasingly demanded better and more appropriate furniture. Effectively, furnishing solutions are required to meet the clients’ needs, and herein lies the rub.

Australians have increasingly come to understand that we have a unique lifestyle with unique needs that cannot be pigeonholed. Current interior design thinking has shifted us well beyond these limitations, with the client brief now all about a process of discovery driven by the reality (as opposed to the fantasy) of how the client actually lives.

As such, the whole of an interior is considered – from storage to lounging to formal and family needs. Where this has played a role in our furniture revolution comes down to our inherent need for flexibility.

A dining suite, for example, is going to have to cope with a family’s on- the-fly barbecue lunch being driven inside by a squall, as well as formal dinners and everything in between. Structurally, it will need the lightness of form we have come to appreciate, while, similarly, a lounge needs to be warm and cosy in winter, light in summer and of a sculptural aesthetic commensurate to the whole.

Within this changing psyche, the Australian aesthetic has become a sophisticated stand-alone style that, while drawing on a world of influences, has developed its own particular flavour. To some extent, it is eclectic, with elements from Asia, the UK, the Americas, Europe and Scandinavia brought together, as opposed to the once singular cultural reference.

So too has our delivery of luxury, which until the early 2000s was characterised by a sort of stateroom aesthetic of pale gold brocaded lounges, cream carpet and solid antiquity. What we are now seeing is beautifully worked colour and texture within a pairing of the physically light, with moments of gravitas, and has far more to do with how we actually live than how many large objects we can stuff into a room.

The showrooms have had an immeasurable impact on the evolution of Australian furniture. Providing the context of the world stage, each has, while providing designers with access and range, shaped how they think and then, as they have developed, favourably showcased their work.

Cult, for example, has the calibre of Fritz Hansen, Cappellini, Poltrona Frau and Serge Mouille behind its name, yet it is with absolute confidence that pieces from Coco Flip, Adam Cornish and Adam Goodrum are displayed alongside these premier brands. Importantly, these Australian designers are holding their own, with no sense of being the little brother or sister brand.

“I have been increasingly impressed by the quality and character of Australian furniture and lighting design,” says Richard Munao, Cult’s founder and director. “The designers are creating work that speaks to a real appreciation of quality design, and with influences that are unique from the rest of the world, have a resourceful, hands-on and open-minded approach to working. The outcome of this are pieces that are uniquely Australian.”

At Spence & Lyda, similarly lauded for its exceptional international brands such as Pinch, Studioilse, Artifort, Eilersen and Missoni, the inclusion of Jon Goulder, the JamFactory and its own Spence & Lyda brand feels like a natural expansion with each commensurate in quality of design, execution and material.

“It was important to us that we showcase Australian design as well as international. The problem, until quite recently, had been sourcing said design. That is why we turned to our own designs and the collaboration with Jon Goulder,” says Fiona Lyda of Spence & Lyda.

For Lyda, the Australian design sensibility has matured to become a unique proposition with unique requirements. “The great possibility is, of course, that design generated in Australia is of ourselves, it echoes our values both aesthetically and in response to our lifestyle,” she adds. “No longer do we need to be beholden to the visual cues and colours of a continent with a light and lifestyle that is not our own.”

The architectural and design media has also played a significant role, with publications such as Vogue Living, inside, Belle, Artichoke, Monument (1997-2002) and Habitus contributing to a better understanding of what makes an interior exceptional.

Granted, different editors have been more successful than others. David Clark, while editor of Vogue Living from 2003 to 2012, unabashedly championed Australian furniture design and has continued to do so with monographs, exhibitions and advocacy.

“A substantial culture makes its own things. It’s important for our sense of ourselves. I think consumers want that too. So it’s very gratifying to see this swelling of Australian design happening in retail showrooms and with design suppliers. It supports the entire tapestry of the design industry here, which no doubt has plenty of room to develop still. I’d like, for instance, to see Australian designers embrace more of an Antipodean idiosyncrasy – whatever that might prove to be. And, there is an ingenuity and inventiveness in Australian identity, which could achieve much in the current conversation about design as a problem solver of critical socio-economic and political issues,” says Clark.

The designers themselves are at the heart of the evolution and, to some extent, it is the ones who have made a name for themselves on the world stage that have given a general confidence to the whole.

Marc Newson is the most obvious of the superstars, yet, there are many more with significant international clout. Alexander Lotersztain, for example, is an exemplar designer, whose work has been included in museum collections, fabulous interiors and every magazine in the world. Pairing rigorous design with a charming insouciance, his design acumen and aesthetic is very much of the international zeitgeist.

Brodie Neill, now based in London, is similarly gaining accolades with celebrated collaborations, custom work and ranges. In 2016, Neill represented Australia at the inaugural London Design Biennale. inside has similarly been at the forefront, with Australian design and designers critically reviewed and appraised as second to none.

Indeed, the list of Australian furniture designers currently making exceptional work is extensive. Moreover, the work is beautiful, varied and of exceptional quality. Over the next three issues inside will take a closer look at their work and the evolution that is taking place.