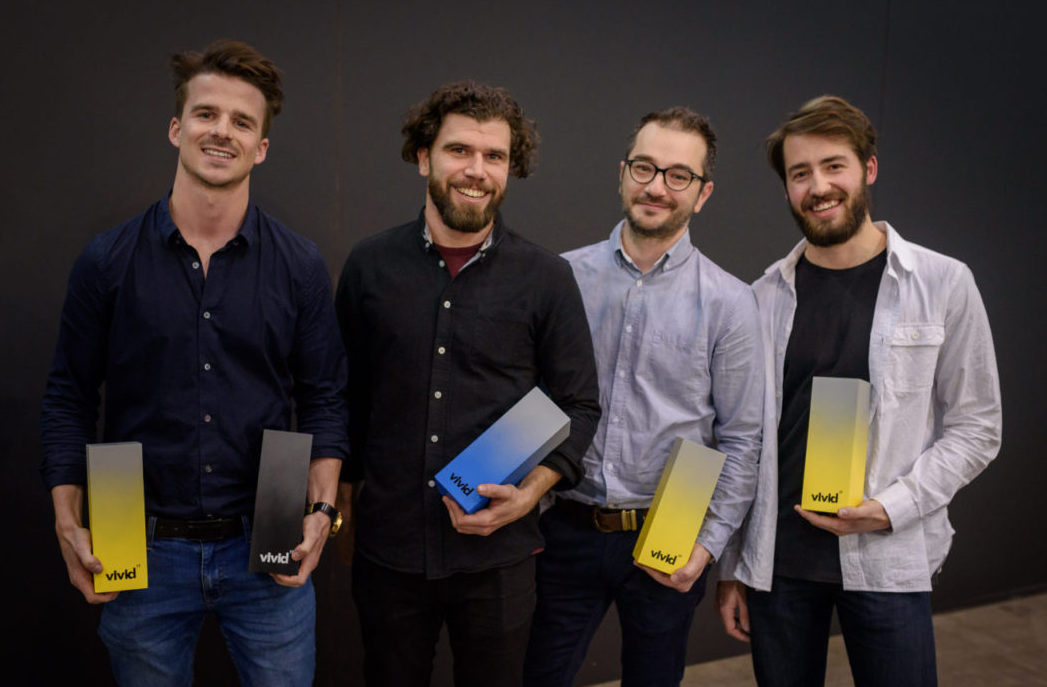 The VIVID 2017 Award winners were announced last week, at an award ceremony held at Decor + Design and AIFF exhibition in Melbourne.

The overarching winner, taking out the VIVID Designer of the Year as well as the VIVID Award for Concept Design was Thomas Hewitt for his Narvis design. Originally designed as a task light, the handcrafted Narvis combines the old with the sleek and pays homage to ancient boat building techniques through steam bending, planning and finishing. Full dimming capabilities are available at a touch via the subtle brass button on its spine.

The winner of the VIVID Colour Award was Matt Potter with his Habere submission. Utilising digital fabrication and handmade processes in the production, Habere started with process-driven research and the exploration of a conceptual theme, combining the engineered and the organic. Habere’s form has been informed by shapes seen in industrial components and the natural environment.

The VIVID Furniture Design Award was taken out by Nicole Monks and her Nyinajimanha piece. Inspired by a trip back to the country and stories about Nicole’s great-grandmother’s renowned kangaroo tail stew, ‘nyinajimanha’ (sitting-together) holds the narrative of bringing people together to create community, share knowledge and connect. The cultural belongings (furniture) are designed as a group of six chairs and one table to physically embody this unity.

Adrian Olassau won the award for VIVID Object Design with his GH bike rack entry. GH is an elegant solution for bike and helmet storage. Inspired by minimalist sculptural form, GH is as much a piece of art as it is a highly functional object and is made from sustainably sourced solid timber laminations, finished in a natural oil/wax.

The VIVID Award for Lighting Design was awarded to James Walsh and Ash Allen for their Igneous design. Crafted using Melbourne’s most iconic material, bluestone, Igneous is a byproduct of an original process that Walsh and Allen developed. By utilising the waste material of bluestone cuttings and melting it down to a molten state, Igneous naturally creates unique colours and textures to form a decorative wall light.

In addition to the VIVID judging categories and awards, Walsh and Allen also took out the single Authentic Design Alliance ADA Award of Merit for their submission, which supports and promotes originality in design.

Working to unearth the newest and greatest talent in the design industry, VIVID is Australia’s longest running design competition, with 2017 marking its 14th year in operation. Curated by Latitude Group, the competition is aimed specifically at new and emerging designers, and is judged across five categories including Object Design, Lighting Design, Furniture Design, Concept Design and the Colour Award, while the judges also delivered their own choice via the VIVID Designer of the Year award.

*Note: Nicole and Ash were unfortunately unable to attend the ceremony.