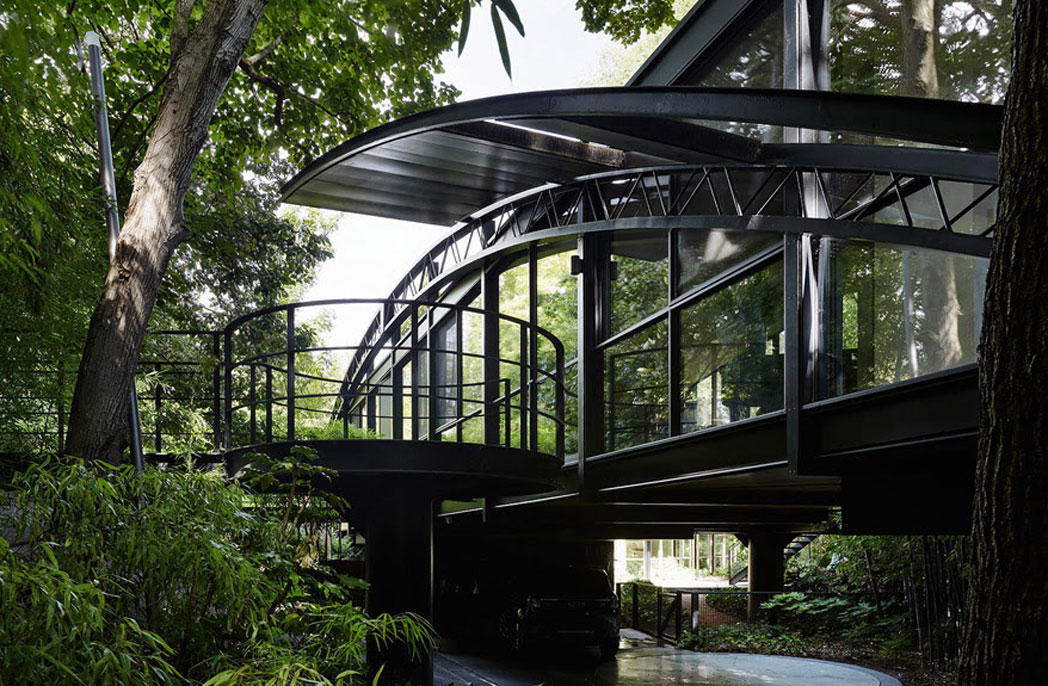 Melbourne practice Jolson chose to be “inspired” rather than to “rehabilitate” Robin Boyd’s 1955 vision for landscape-embracing Richardson House.

Designed by Boyd between 1953 and 1955, when the architect was in partnership with Grounds and Romberg, the Heritage-listed Richardson House embraced the limitations of the site, using them as “the catalyst for an extraordinary design solution”.

But after more than five decades, the family home in the Melbourne suburb of Toorak required, first and foremost, an update to correspond with the needs of modern living.

Jolson replaced the windows with double glazing to improve the performance of the largely-glass building and custom designed a modern hydronic heating system.

But the practice remained true to Boyd’s original principles, “creating a new dialogue”, while at the same time, “celebrating what had been lost or discarded” by several renovations.

“The purity of the elevation was first restored to reestablish the existing parameters of the building,” says the studio.

Boyd’s concept for the home was to have it “suspended within the landscape above a creek bed”. As part of the renovations, the original footings of the bridge were revealed.

A series of suspended walkways surrounding the house were then created to “further immerse occupants in the landscape”.

A circular pavilion relocated the entrance, while a new canopy cantilevers above the original arch, creating a home defined by a “contemporary way of seeing and an attention to detail that is contextual and considered”.

Another circle addition “sits like a tree” in the garden, forming a large outdoor pavilion.

“Inspired by Boyd, our response was to use bold geometry to distinguish the new interior and exterior spaces,” says the studio.

“The series of new pavilions and paths float alongside the building, not touching the house to maintain a clear distinction,” it continues.

“By using a series of circular interventions, we created ‘brief encounters’ between the past and present architectural concepts.”

Inside, all obstructions have been removed to open views through the entire length of the bridge. “Carefully designed” geometric shapes are positioned at the home’s core to maintain continuity along the glazing and form the kitchen, bar, fireplace, study and large circular wine cellar.

A reduced materials palette of warm timber and travertine mimics the style of a treehouse, while the timber furniture and custom light fittings reference tree branches, connecting interior with exterior.

“Each element is fit for a purpose and meticulously detailed to add something unique to the experience,” says the studio.

“For example, the joinery of the bar is crafted from panels of mirror to reflect the movement of the surrounding trees.

“In defining a new approach to the iconic building, we felt indebted to Boyd to respect his preoccupation with geometry, with simple and clear design intent, embracing the landscape at all times.”

Founded in 1999 by Stephen Jolson, Jolson Architecture and Interiors is a medium-sized practice behind interior projects like Albert Road apartment, Sunrise residence and House 20.

Last year, design lovers were invited into Robin Boyd’s iconic Walsh Street residence to discover products from some of Australia’s most celebrated designers in the 100 Designs – Australian design at home exhibition.