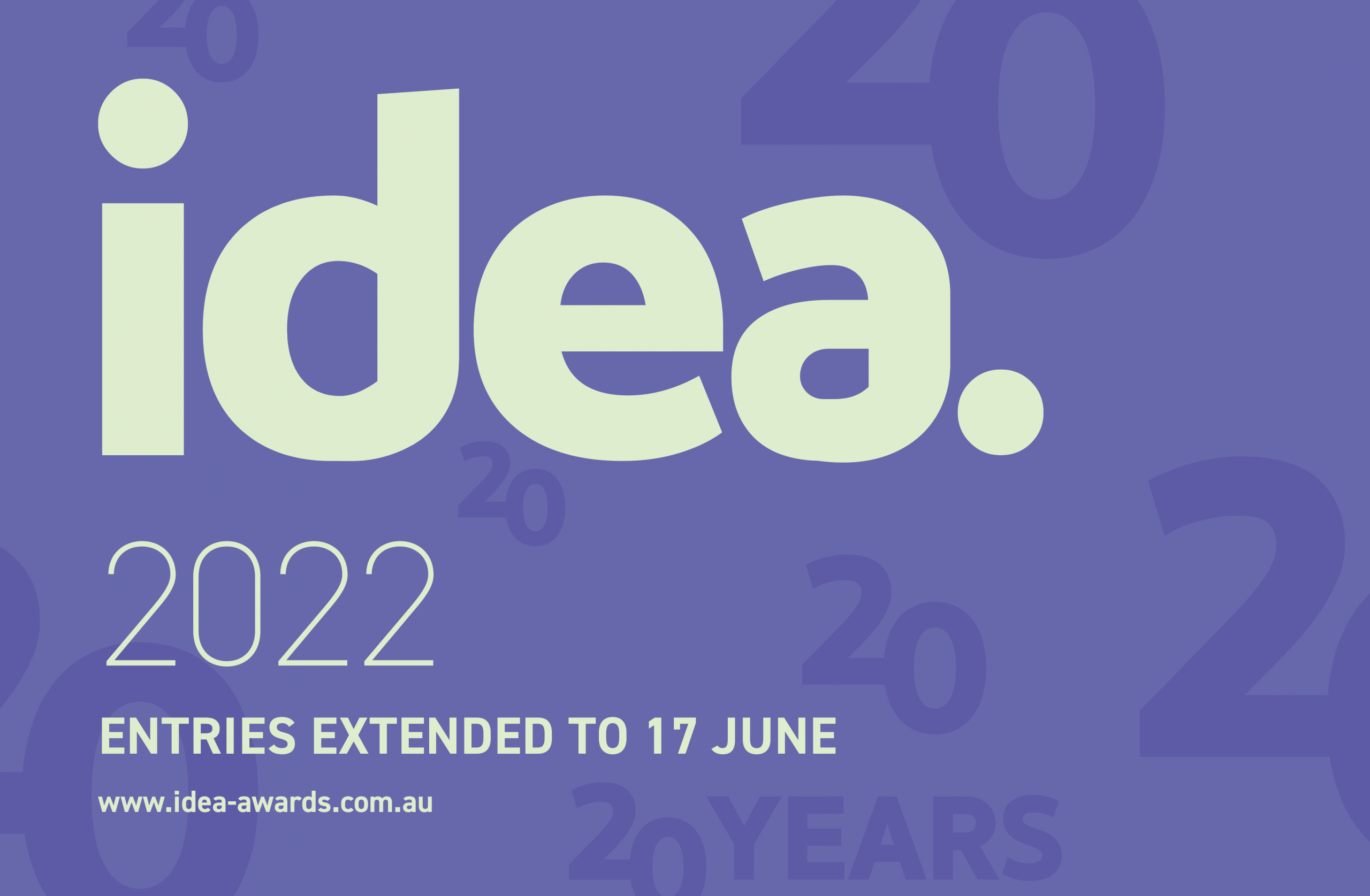 We all leave things to the last minute, right? This is why the IDEA 2022 entry deadline has been extended to 17 June. That gives you an extra week to get your entry in!

IDEA entries were due to close tomorrow, but we’ve spoken to a lot of architects and interior designers who just need a little extra time to get everything together.

The new deadline for entries is midnight AEST on Friday 17 June 2022.

Now in its 20th year, IDEA is Australia’s oldest independent architecture and interior design awards program, showcasing incredible projects and products from across the country alongside the amazing studios and people that are behind them.

Despite everything that has happened in the past 24 months, we’re still committed to celebrating and promoting the best in Australian design and the projects you have proudly completed over the last year and a half.

You don’t have to win IDEA to be featured in print and online.

We’ll be featuring a selection of shortlisted projects and interviews with their designers in articles on ADR and in inside in the coming months, as well as publish them with details on the IDEA website.

IDEA 2021 Residential Single winner Adam Kane of Adam Kane Architects was also profiled in an issue of inside magazine.

The IDEA gala will be held at the end of the year in Melbourne.

We recently spoke with Yasmine Ghoniem to find out what winning IDEA has meant to her and her business, as well as picking up the scoop on where the other winners displayed their trophies.

All the winning projects will be featured in a special edition of inside magazine in December and we’ll be sharing them across all our other publications and platforms.

If you have any questions or issues with your entries drop us a line at idea@niche.com.au.