Home • Interiors • Check out the winners and amazing pics from the IDEA gala! 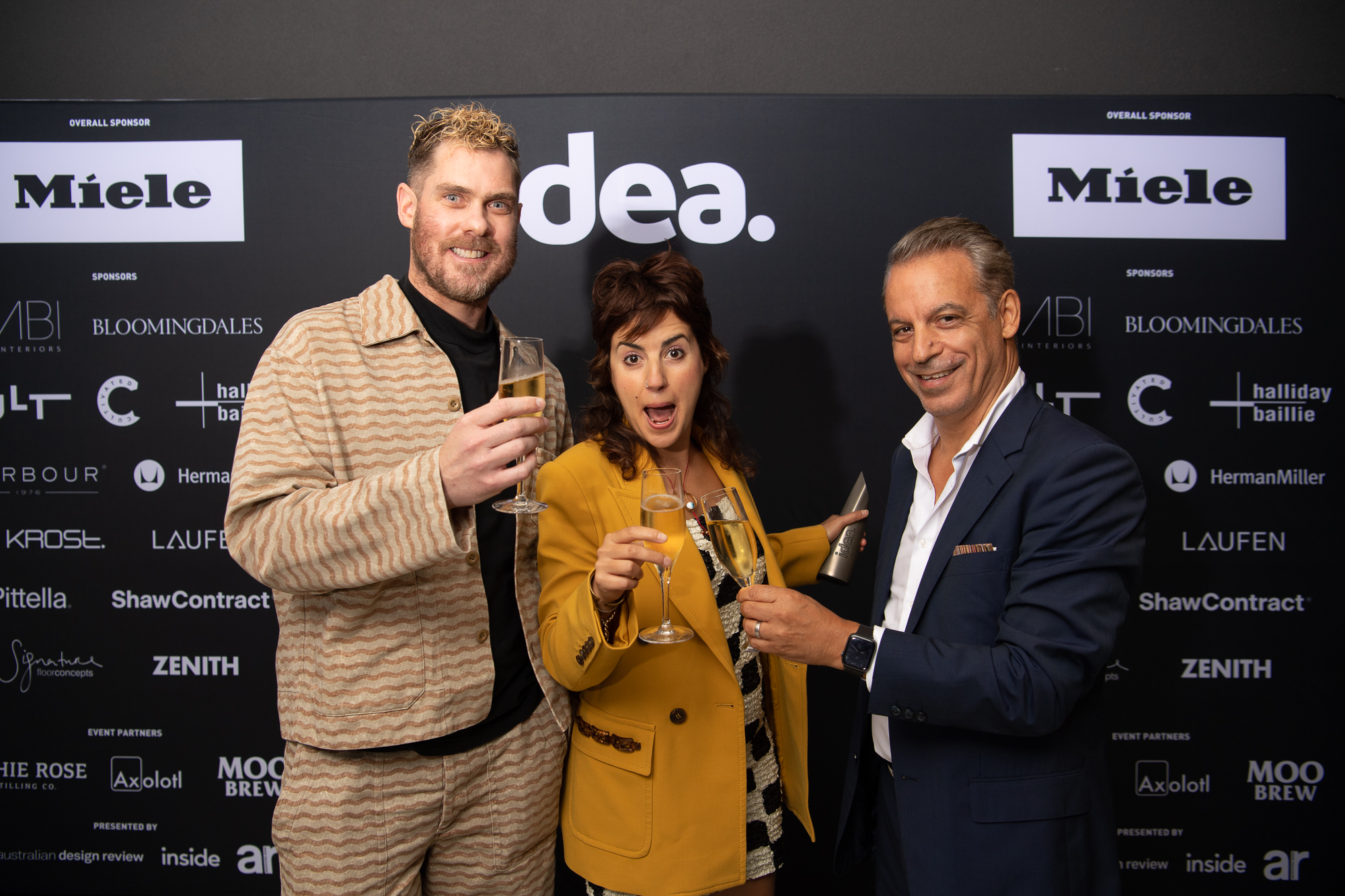 Check out the winners and amazing pics from the IDEA gala!

Architects and interior designers from all over Australia cheered on extraordinary local design at Sydney’s The Royal Randwick for this year’s IDEA gala party.

A couple of months ago, we made the decision to postpone our awards ceremony, which was originally scheduled for November 2021, until we could all come together safely and securely.

After much planning and some less-than-welcome rain, we were overjoyed to be able to go ahead with the gala party last night.

Check out the best photos from the gala:

More than 500 architects, designers and design enthusiasts joined us from the across the country to celebrate 2021’s category and overall design award winners.

Russell & George, Richards Stanisich and Kennedy Nolan were among the project category winners to pick up an IDEA trophy designed by Axolotl.

New York-based, but Melbourne-born Blair Cooper of Noise Noise Noise was named the best emerging practice of the year.

Breathe took home this year’s Editor’s Medal from inside editor Elisa Scarton, while our inaugural Community Services winner was Gray Puksand for The Hester Hornbrook Academy.

The overall project winner was re-ply by BVN. In its original form, re-ply repurposed the plywood material used as barricades to protect businesses during the COVID-19 pandemic, transforming it into a recycled kit-of-parts for public spaces, restaurants, pop-up art exhibitions, retail displays, outside galleries and meeting spaces. But its application extends well beyond, and the project also won the night’s International award.

Sydney-based YSG had a massive night. As well as being crowned Designer of the Year, the young practice took home the Hospitality, Residential Interior Curation and Colour awards, along with a slew of highly commended nods.

Finally, Alison Page was named the year’s Gold Medallist. As a descendant of the Walbanga and Wadi Wadi people of the Yuin nation, and as a leading force in the Australian design scene, Page champions the contemporary creative expression of Aboriginal identity.

BVN for re-ply in New York City, US

LIMINAL Spaces with Archipelago Productions for The Bleeding Tree and BVN for Blak Box.

YSG for Budge Over Dover

AJE Headquarters by Those Architects

See all the images from the 2021 IDEA Gala party here.

Entries for IDEA 2022 open this on Monday 28 February! Get yours in early for your chance to pick up your own trophy at next year’s gala.