Home • Mezzanine • Let the light in: designing with polycarb 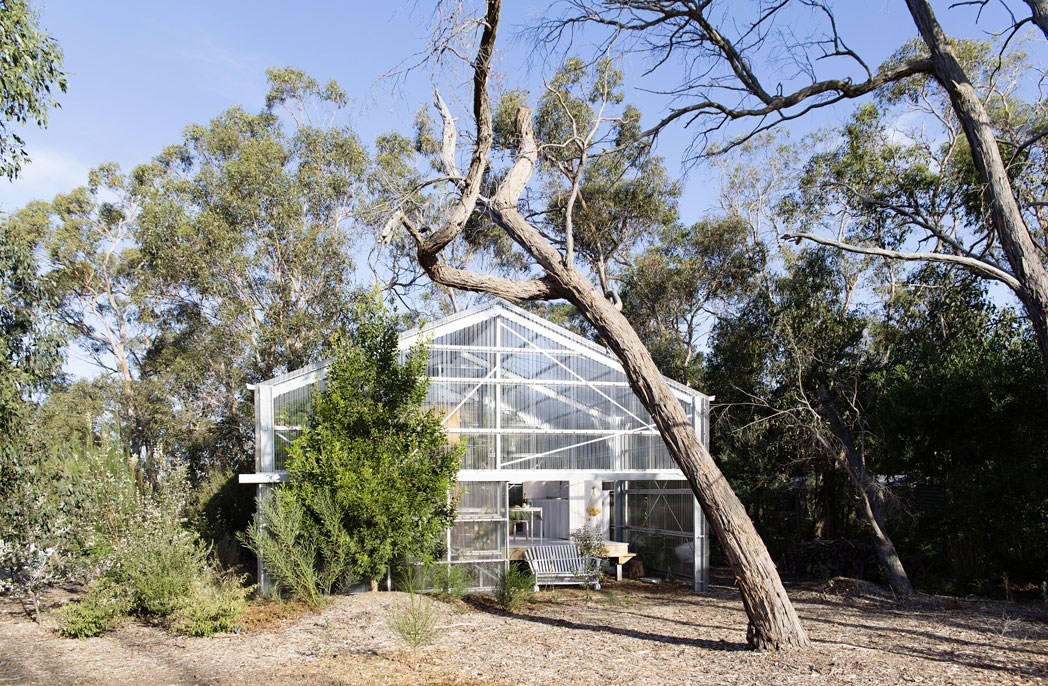 Let the light in: designing with polycarb

Thin, transparent walls don’t have to be a bad thing. In fact, they can be quite the opposite when what you’re looking for is a connection to the outside and the light that comes with it. These three projects have used transparency to great effect.

Walls, especially exterior walls, are both a mental and physical barrier between inside and outside. They demarcate the world around us and protect us from the harsh and unruly elements, offering respite and shelter. Sometimes, however, these thick boundaries between inside and outside can also block out an element that influences our well-being, which is, of course, light.

In response to this, there are many projects cropping up that consider how translucent or semitranslucent materials can be employed to diminish the barrier between inside and outside. This approach is not limited to the sunny shores of Australia. French architecture practice Lacaton & Vassal has long been a proponent of building with clear sheeting materials, having specified it from private residences to social housing work.

Vitamin D for mental health
The home and office of Andrew Maynard has recently been transformed from a typically dark and pokey Victorian terrace into a living experiment. Taking a chance on his home, Maynard has designed a space that is flooded with light, even in the dead of winter, from a Thermoclick ceiling.

“My-house is an experiment that I live in. It is a home that I dare not impose on my clients. It breaks many important rules, often not in a good way. My-house lets in sunlight where a house should not. Issues of privacy and personal comfort are often challenged in My-house. It is for these reasons that my family and I also love it,” says Maynard.

His endeavour to be able to wear sunglasses inside stemmed from a desire to improve mental health and wellbeing. Vitamin D and exposure to the sun are all part and parcel, so by opening up the roof plane with a semi-transparent Thermoclick material, daylight is no longer a problem.

Not only has this been a huge change for the architect’s family, but also the employees of Austin Maynard Architects, who use the space throughout the day. It was a risky approach, but sometimes stepping outside of your comfort zone can pay off.

A tent in the bush
The Garden house by Baracco+Wright is a holiday home conceived of as ‘just a little more than a tent’. Minimalist and meeting the client’s needs, which is the architects’ themselves, the Garden house does away with unnecessary frills. The transparent polycarbonate covers the exterior, creating a glorified shed. A driving motivation for the architects on this project was getting back to nature. “It offers the user a close connection with its landscape and seasonal conditions, a high level of natural amenity, perhaps even satisfying an innate biophilia,” says Wright. This project is so pared back, in fact, that indigenous vegetation has started growing inside the space.

For anyone who often feels worn down by the pace of city life, the Garden house is an antidote and the transparent walls only add to the immersive qualities of the holiday home. 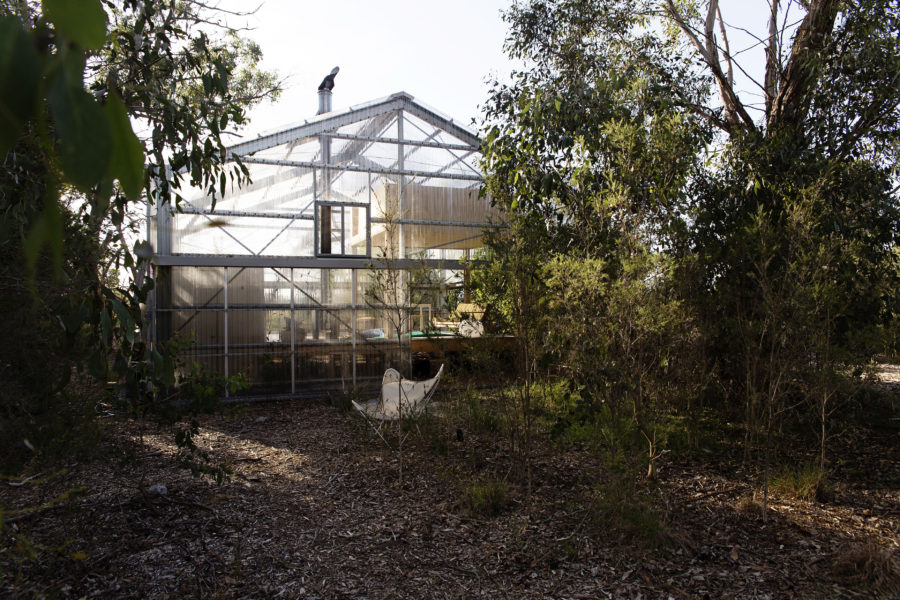 Making a lantern
Taking a slightly different approach, Krisna Cheung Architects used a semi-opaque material on a non-structural ‘dummy’ wall to create a play between inside and outside. The new studio space in inner city Melbourne is used as a home office, which has become a growing need for many people who work from home.

The transition between outside and inside, and old and new, is negated by this façade. “The stairwell was placed between the false wall and the actual wall of the studio, and stairwell lights, which are controllable from the main house, create a soft, backlit lantern effect at night,” says Ray Cheung of the design.

This article originally appeared in MEZZANINE #10: The Simple Things Issue. Get your subscription to MEZZANINE here – or digitally through Zinio.

Read about furniture that has been lovingly crafted in timber here.