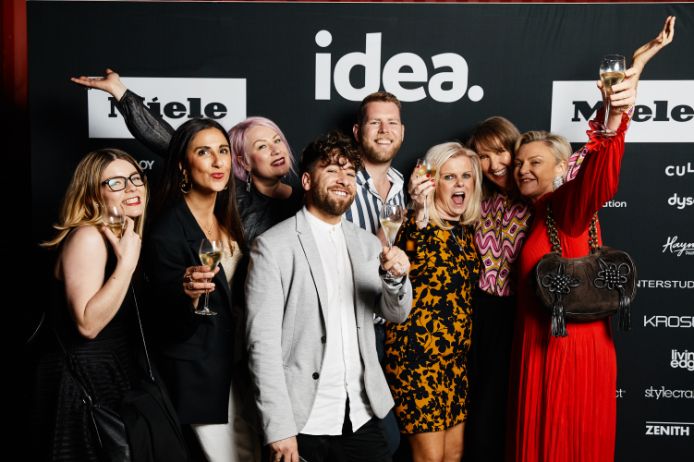 Architects and interior designers from all over Australia cheered on extraordinary local design at The Timber Yard in Melbourne for this year’s IDEA Gala party.

The event, on 22 November, celebrated the 16 project category winners and five overall design award winners, which were revealed on the night.

They were joined by Jeff Copolov, Dan Cox, Tina Engelen, Byron George, Yasmine Ghoniem, Nicholas Karlovasitis and Jeremy McLeod, who were all on the panel of industry-leading professionals that judged this year’s IDEA.

Sydney-based Adele McNab Architect was named the best emerging practice of the year.

The overall winner was the Dangrove Art Storage Facility by Tzannes. The purpose built state of the art storage facility in NSW, which houses a private collection of contemporary Chinese art, was applauded for its sculptural beauty and low net energy use.

The overall project winners were selected from the existing pool of project category winners during this year’s master jury day in September.

Check out the best photos from the night:

Institutional
Our Lady of the Assumption Catholic Primary School – BVN

Sustainability
Our Lady of the Assumption Catholic Primary School – BVN

Designer of the Year
Kennedy Nolan

See all the images from the 2019 IDEA Gala party here.

We Are Triibe “magnifies the essentials” in Sydney store