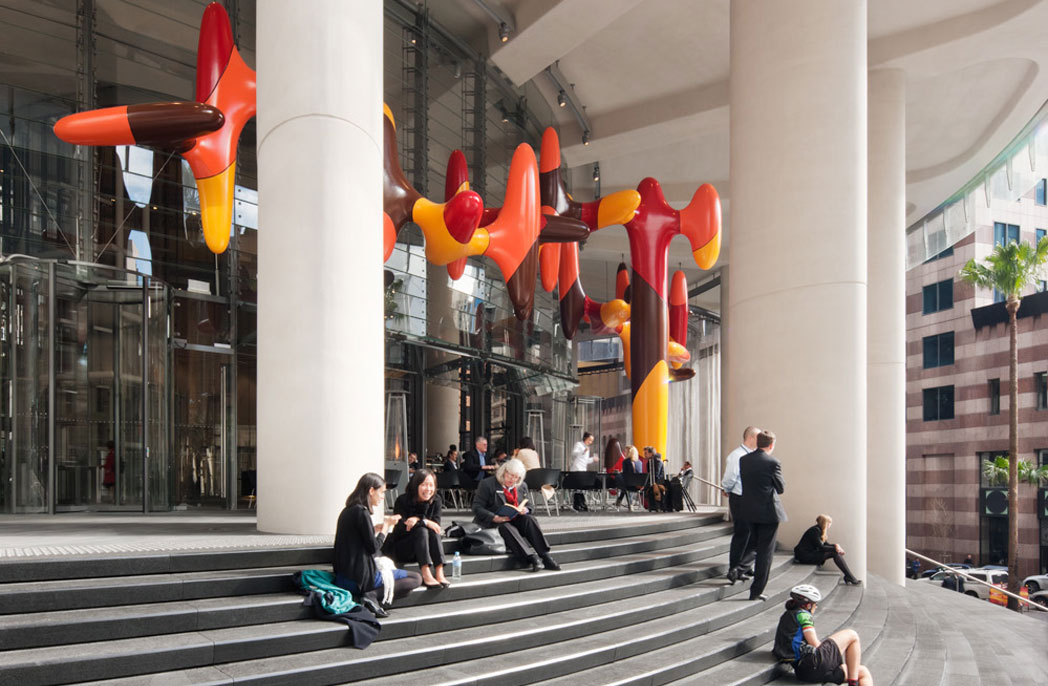 The go-to person for art on a grand scale, Barbara Flynn is the adviser behind some of Sydney’s most beloved public sculptures. She’s currently the curatorial adviser, City Centre for the City of Sydney, art adviser to Frasers Property and Sekisui House for Central Park and art adviser to AMP Capital for Quay Quarter Sydney. 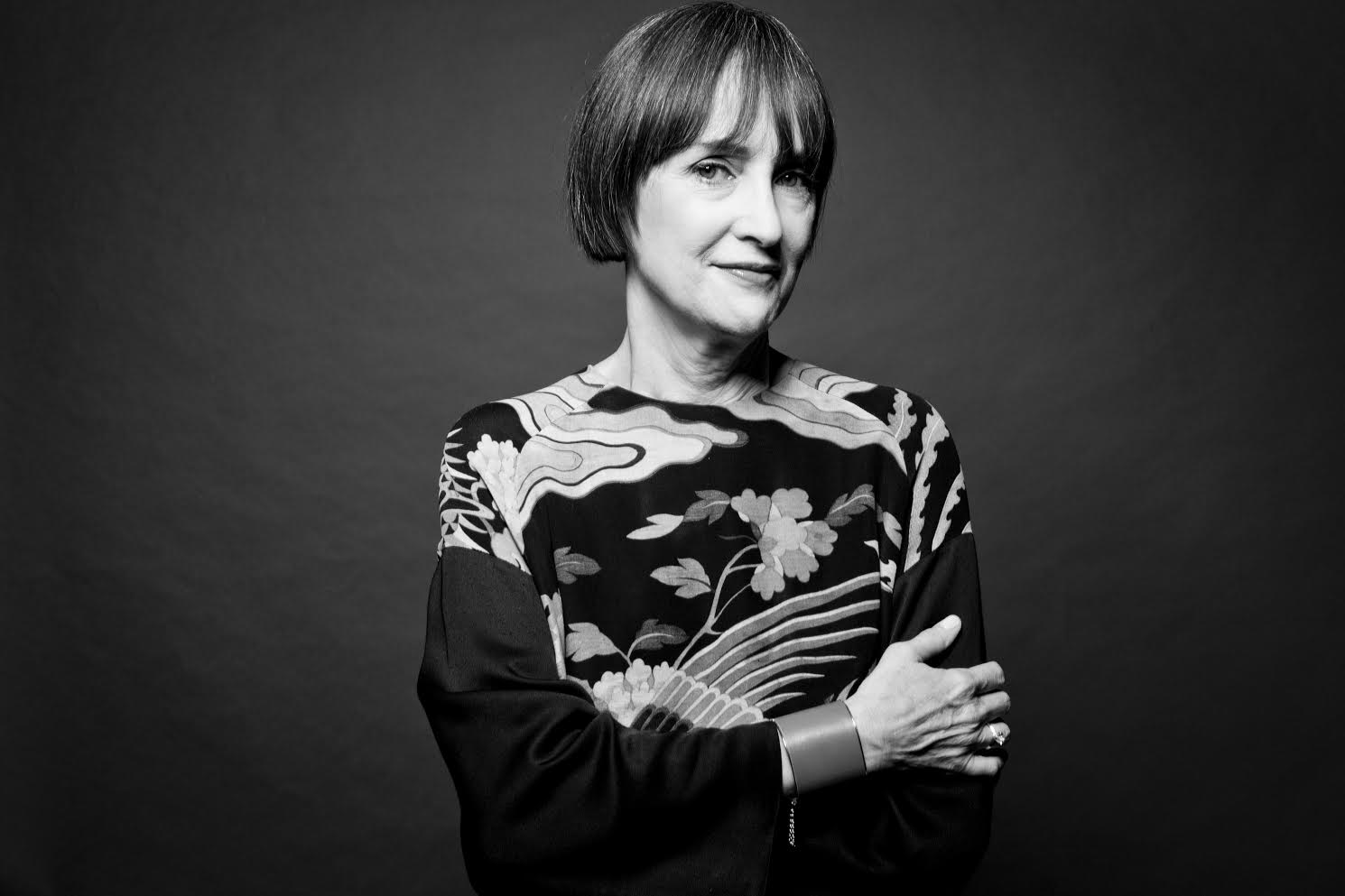 Gillian Serisier: You’re working on a lot of projects at any given moment, but what are you working on now?

Barbara Flynn: At the moment, I’m focused on the City of Sydney projects for the city centre as their curator, with Hany Armanious, Junya Ishigami and Tracey Emin. The City of Sydney (via Claire Morgan and Jennifer Faddy) is doing a splendid job of delivering them and I’m involved in those meetings with a strong emphasis on the relationship with the artists.

If there are any problems that arise I am the person asked to speak with the artists and to try to come up with a solution. Sydney has become known as the place for art-in-architecture projects. I know this is the case from the high percentage of uptake on projects by international artists who seem to decline an invitation only when their schedules do not allow.

You are also working on Barangaroo?
With Barangaroo I had a two-year engagement (2014-16) to help them get started, working with the Barangaroo Delivery Authority and Lendlease (responsible for the southern part of the site).

That is the front end involving really what I do for every project, and that is initially to analyse plans and elevations and identify who the artists could be, matching art to site, in close consultation with the client.

In the Barangaroo instance I was working through the vehicle of two panels. For Barangaroo South, I proposed a long list of artists and together we culled the list to a shortlist, identifying artists that we wanted to take to a competition, which I then ran.

Tell me about that process of how you go about facilitating the artist selection?
The projects tap Australian Aboriginal and Australian artists, and I am a curator with a substantial international reach as well. So, to give you an example, with the city centre project I negotiated permission from City of Sydney procurement to be able to invite artists, both international and Australia-based, to participate. Extending a personal invitation to artists seemed the right way to run the project, especially one being conducted in Australia, which is still perceived to be far away for artists who don’t live here.

The approach was very successful, leading to receipt of a level of interest and number of submissions breaking all records for a City of Sydney process: with 687 expressions of interest received from artists representing 25 countries. Forty-two percent of the artists were Australian.

I ensure that we have an extraordinarily fine initial pool of artists – the artists that we’re going to be considering and taking to a competition. To put it bluntly, the project is only going to be as good as the artists who want to get involved at that early stage.

Once you’ve made a broad selection, are they then paid to make a submission?
First, I should say it’s not me making the decision unilaterally on who the artists are; every project is developed with the clients, whoever that might be – whether it’s Barangaroo Delivery Authority, Lendlease, City of Sydney, Frasers Property, AMP Capital.

I have the expertise to identify and secure artists worldwide. I provide the picture of what the artist’s role could be and then, typically, depending on how much time we have, we might spend as much as eight months talking about artists, when I’ll bring in images, PowerPoints, books from my extensive art library, and we will talk about the appropriateness of one artist over another at the very inception of a project. Our decision-making is then very much joint and collaborative.

I always recommend that the artists be paid at the submission stage, and I recommend that they be paid well. Sometimes, that’s not possible, but it is my advice. When we have run a project that way, which is in most instances, again we’ve had extraordinarily good results.

I don’t want to be overdramatic, but I’m a defender of artists. I’m always trying to make sure that the working relationship and, in this case, the tenor of the initial invitation, is appropriate, and that artists are well paid. As curator, I would have no expectation that an artist should be obligated or even asked to hand over intellectual property without being paid. So, that’s always my advice.

Do you have any say in who’s on the committee, or is it always drawn from existing resources?
As a rule, I’m involved in that decision. There can be exceptions to that, Lendlease has an extraordinarily well-composed panel, which was appointed before I was. But usually, the composition of a panel will be something that I’m asked about and that I would have some input into. I have an equal vote on such a panel. I make note if someone has been omitted, as in the case of Lendlease, when I suggested that it would be important for the architect, Ivan Harbour, to be on the panel.

In terms of architects that you’ve worked with, tell me a little bit about that experience.
One of the very important things I do is make sure that the artist has the benefit of a really good working situation. That means that things have to be going very well between the artist and the architect – that relationship is extremely important.

A singular experience for me was with RSH+P for 8 Chifley Square with artist Jenny Holzer. I was very impressed with RSH+P’s input and their commitment. When I presented the submissions of the four shortlisted artists to our working group, for example, Richard Rogers himself came to Sydney to participate in that session, which I was astounded by at the time, and every one of his architects was there and everyone was enlisted and listened to as part of the group. It was an extraordinarily conscientious process run by Mirvac and myself, resulting in a great project.

One of the very important things I do is make sure that the artist has the benefit of a really good working situation.

Working on the James Angus project, Day In Day Out was also a great pleasure. Architects Architectus and Ingenhoven were very generous to the artist. James at the time was in his early 30s, the youngest artist in the competition. I ran two competitions at the request of DEXUS Property Group, DEXUS Wholesale Property and CBus Property, the client. James distinguished himself in the first competition and was taken over into the second, which he won. He was not only the youngest artist; he also succeeded in a competition with an extraordinary field of artists (including Franz West, Josiah McElheny, Roxy Paine, among others).

What happened then was that the architects wanted to let James determine all the finer points in the design development stage and came up with good ideas for him – they weren’t threatened by the art. Christoph Ingenhoven suggested, for example, that James make the sculpture much taller than he had initially designed it.

Does the architect generally direct or suggest scale?
I would say yes. And Ingenhoven knew the building so well – it was after all his building – and James probably needed that input because at the beginning he was much less familiar. When things like that happen, the process becomes very exciting. There was no control of what the artist was doing. James was completely free to determine the colour of the sculpture, for example.

He was given an appropriate length of time to decide the colour and in every way achieve his vision. Through extraordinary generosity and intelligence, the architects understood that the best result would come from an artist being given that level of respect and freedom.

Take a look at a penthouse that integrates a serious art collection.