Home • Architecture • Perfect shot: How to get the best photography for your project 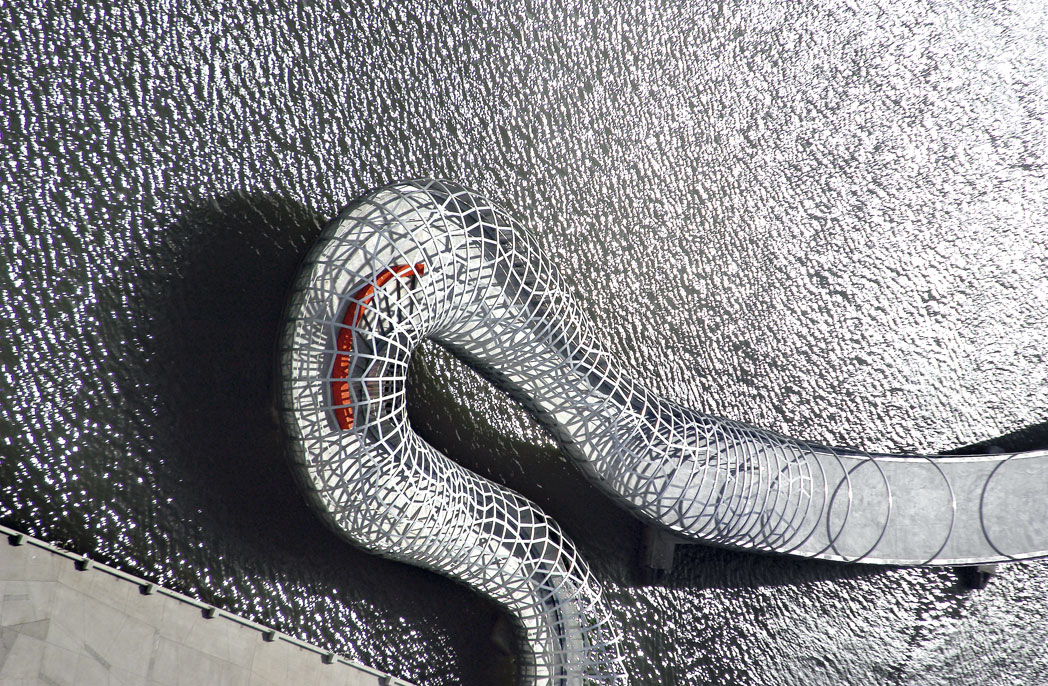 Perfect shot: How to get the best photography for your project

Once a project is finished, a professional photographic record of it is a must. But who do you choose to take the shots and what are the essential elements to get right?

Architecture is a very visual language and it pays to have that vision, as well as the wealth of thought that goes behind every project, communicated in striking images captured by a professional photographer.

While there is a cost impost to consider, the payoff is a lasting record of achievement that can then be used to best represent the work of your architectural practice, whether that be in competitions, magazine spreads or on the company website.

Here we speak to four prominent photographers working in the industry and ask them why it’s worth engaging a professional and what practical tips to consider if you do.

Why engage a professional?

An industry stalwart with more than 40 years in the business, Melbourne-based John Gollings has shot everything from award-winning public buildings to humble car parks in his time, bringing the same passion to every project. He argues it makes good business sense to let an expert eye capture the conclusion to your hard work. “You get a stronger set of images made with superior equipment within a competitive professional environment, which will optimise your chances of winning awards or being published.”

With a particular passion for interiors, Shannon McGrath’s 15 years in the business have taught her that the end product provides a valuable time capsule for architectural firms. “Once they finish their project, the only thing they’ll have left are their photos,” she says. “The way their client uses the space after that will shift and change over time. Architects will lose an integral part of their design, but a photo can represent that forever.”

McGrath notes that magazine editors often won’t look at a project unless it’s been professionally shot, and the cost benefit of getting them done stacks up. “If you look at your work getting published in an eight-page spread, if you were to pay for that advertising space, it would be triple what the photographer charges.”

After stints as an advertising and fashion photographer, New Zealander Nicole England moved into the magazine business, but was lured back behind the camera a decade ago, this time focusing on architecture. She argues that a professional sees the things architects may otherwise miss. “A photographer will not only represent how good the project is, but potentially make it look even better.”

Sydney-based commercial photographer Brett Boardman studied to become an architect at the University of Sydney, but was talked into a last-minute career change by fellow architectural photographer David Moore on graduating 20 years ago. He says photography provides satisfying closure. “The number of architects that have said to me that they don’t really feel like the project is finished until they have it photographed. Generally, if the photographer is called in at the end of the project, it’s sort of all gone well and it’s actually an incredibly special day. That definitive record they will then have to carry out into the world and show people what they do.”

How do you choose the right photographer?

While there is specialisation within the industry, Gollings argues that a good photographer will be conversant with a range of projects. “Choose someone whose style suits your design and your own aesthetic. My style doesn’t change with scale or type; I’m still trying for a strong, memorable shot.”

McGrath says forming an ongoing bond with a photographer can be beneficial. “When I was starting out, I affiliated myself with architects who were also starting out and over 15 years we’ve grown to really know each other. My skills have enhanced as theirs have and we’ve really come up and supported each other in that process.”

Boardman agrees. “I think that the most important thing you can have is a good relationship with the photographer, I can’t stress that enough. It’s really about getting to know what an architect is doing with buildings and space and being an excellent translator. It’s about having an amazing set of ears and listening to what the architects have set out to do and how they’ve achieved that in the building. That takes time.”

What about fees and copyright?

Gollings is straightforward on this topic. “Charge properly in the first place and then let the client use [images] freely.” England says it’s worth setting realistic expectations of how many shots you get for the price, based on the time involved in the shoot. “Each shot can take between 15 minutes to half an hour to set up. I think a lot of clients can think they’ll get hundreds and hundreds of shots and that isn’t the case. It’s quality over quantity.”

She agrees that flexibility is important. “They’re engaging me to photograph this project so they can use these images to market themselves, so they need to be free to use them as they want, for magazines, their website, competitions or whatever, for as long as they want. The only thing I say is that they are my client; however, if they want to share the images with other people, be it the builder or the supplier or whoever, then they need to purchase a third-party licence.”

McGrath points out that an affordable way for upcoming architects to get great photography done is to share costs. “They can communicate with their client and the builder and I can quote for all parties’ usage. Then it’s a lot cheaper for them.”

What should I check before the shoot?

“One of the biggest things we’re up against as photographers and architects is the weather,” Boardman notes. That’s especially worth paying attention to for exterior shoots, but dismal days can also dampen interiors, he adds. “I’ve been in situations where we thought about cancelling, went ahead and shot it and it was actually better on an overcast, rainy day, but that’s not always the case.”

Boardman also recommends a last minute site recce. “Once you’ve agreed on the date and worked out what it is you’re going to be doing on this shoot, go there the day before. I cannot tell you the number of times when you get the call at nine o’clock the night before and find out the National Broadband Network has ripped up the entire pavement out front. Things happen, but I reckon as much real-time information about the state of the project as possible is really useful.”

Should you attend the shoot?

McGrath says it’s rare she’ll be left to her own devices, with collaboration on-site very helpful. She recommends a pre-visit or at the very least an initial walk around. “The architect tells me the important aspects of the job and I take that into the process of my shooting, but I will also suggest, ‘What about this angle, that looks really good?’”

England points out that some details may be overlooked in the brief, but picked up on-site. “They need to be able to say, ‘Forget that little corner of the table, that took us six months.’ If they’re not there, you might have to explain why you chose not to capture a certain angle.”

Boardman adds, “If the architect is there with me during the day of the shoot, it really is more of a conversation about the building and out of that conversation come the photographs.”

Is styling important and should photography include people?

“The photography of a project is such a beautiful finale where they get to come along and hang out for the day, do a bit of styling together and work on a project in a very different way from their designs,” England says. “I’m a huge believer in using a photographer who knows about styling, and I think that’s very different from an interior designer.” Getting the composition right is important, as is dressing a shot correctly. It all depends on the project, but England notes a commercial space will be more about moving things around, dealing with mixed lighting and getting cables out of shot, whereas residential may focus more on the furnishings and framing with people, or a dog, in shot “There was a time when everyone wanted everything very pure, very design, no people, and that’s shifted a lot, where magazines are wanting to see the people that live in or use an environment.”

Public spaces are usually straightforward, but England says it’s worth considering that privacy laws may mean the people who work in a commercial building cannot be captured, and ring-ins are required. In this case, they have to be convincing. “People bring a nice energy to the shot, but they need to be as natural as possible. Quite often designers will bring people from their office and place themselves in each image to have that human quality, but it needs to not look staged.”

If shooting a hospitality space, Boardman says timing is everything. “If you go to a restaurant that’s open, you can get plenty of people, but then again it can get quite messy. You have to be careful. Never shoot it in rush hour!”