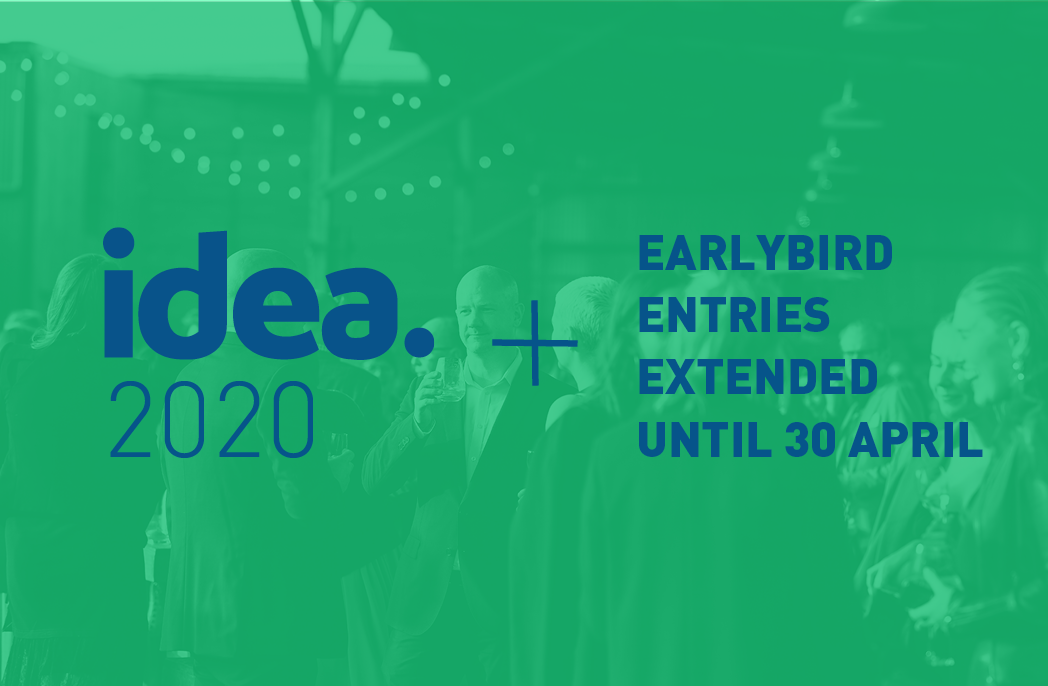 The IDEA 2020 early birds entry period has been extended to 30 April. That gives you an extra month to get your entries in and save $90.

IDEA early bird entries were due to close later this week, but we’ve spoken to a lot of architects and interior designers who just need a little extra time to get everything together for their entries.

We’ve also added a new feature to the online submissions platform. If you’re struggling to get your entry completed in time, simply start your entry before the early bird deadline, do as much as you can, pay and finish it later.

This means you can take advantage of the reduced entry price of $260 even if your project isn’t 100 per cent completed or you’re missing, for example, final photographs. Drop us a line if you want to discuss this with us.

Now in its 18th year, IDEA is one of Australia’s biggest and oldest architecture and design awards, showcasing incredible architecture, interior design and product, lighting and furniture design from across the country and the studios and people behind them.

Despite everything that is happening across the globe, we’re committed to celebrating and promoting amazing Australian design and the projects you have proudly completed over the last year.

Seven industry legends have offered up their expertise and their time to be judges in this year’s awards. We have been slowly naming them over the last couple of weeks. So far, we can reveal that Brendan Wong and The Stella Collective’s Hana Hakim will be on the jury, along with Simone Haag. Stay tuned for the final four judges!

We will publish a longlist of this year’s entries on Australian Design Review in the coming months.

We will also feature shortlisted projects and interviews with their designers in articles on ADR and its sister publication inside, as well as publish them with details on the IDEA website.

Emerging Designer of the Year Adele McNab is also set to be profiled in the upcoming issue of inside magazine.

The IDEA gala is still scheduled to go ahead at the end of November.

We recently spoke to some of last year’s winners to find out what winning IDEA has meant to them and their businesses, as well as get the scoop on where they displayed their trophy.

All the winning projects will be featured in a special edition of inside magazine in December and we’ll be sharing them across all our other publications and platforms.

If you have any questions or issues with your entries drop us a line at idea@niche.com.au