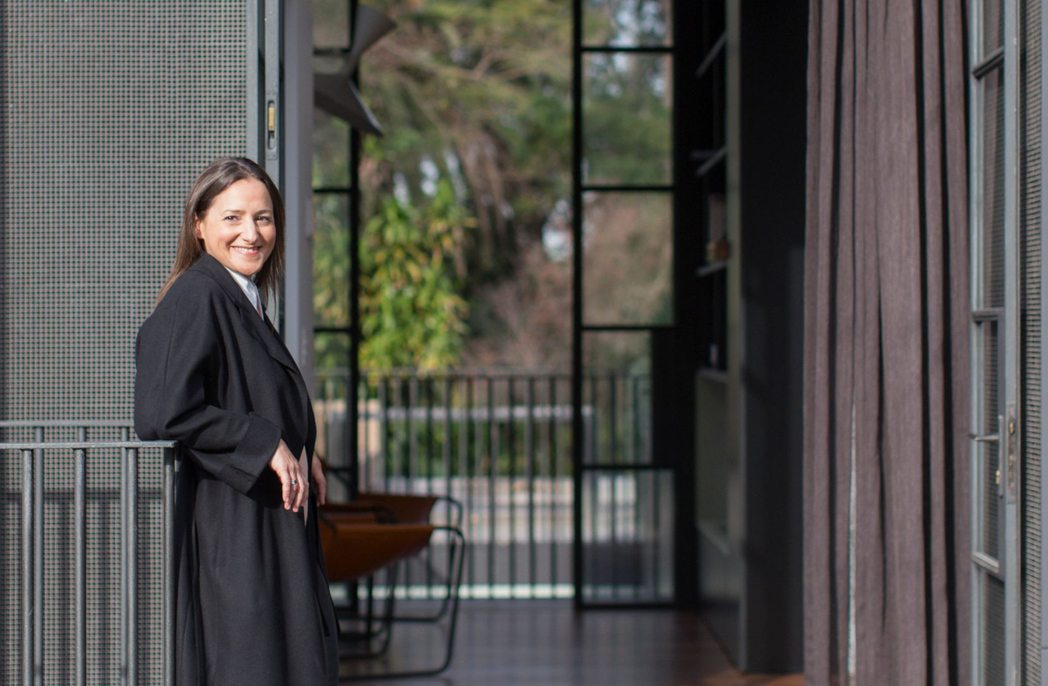 Speaking to ADR recently, Prineas says established architects and the industry both have a role to play in providing graduates with more opportunities to develop their skills.

“I think you lead by example. In my own practice, I have a lot of less experienced graduates coming through our office and we mentor them,” she says.

“Our associate Jacqueline Linderman is a really lovely example of this. She just became registered and she’s now a member of a committee to support emerging architects. She appreciates what she gets out of it and what she can give back.”

Speaking about her time as a young architect, Prineas says she benefited greatly from the opportunities provided to her – something she says was rare for the early 2000s in Australia.

“I got registered quite young and hadn’t had years and years of experience working for other architects, but I kind of had these champions who looked after me.

“They encouraged me to do certain things and would put me forward for things,” she says.

One of the first opportunities for which Prineas says her mentors put her forward was the Australian Institute of Architects’s first committee for emerging practitioners.

Prineas would go on to transform this committee into DARCH – the forerunner to the NSW Emerging Architects and Graduates Network.

“After a year of running the committee, its founders had moved on, leaving me with the opportunity to invite new people in and create DARCH,” she says.

“It was quite fun because we just thought the institute needed a little bit of fresh energy and we had lots of different events to get the profession involved and provide more opportunities to young architects.”

But Prineas acknowledges she is not immune to the difficulties facing young female architects, describing her experience after graduating from the University of Sydney in 1998 as “rare.

“I feel when I was younger there weren’t many women running their own practices. And I was really lucky to be offered a lot of opportunities. I know there’s still a long way to go with gender equity.”

Prineas founded her eponymous architecture practice in Rushcutters Bay in 2004. She says she is always looking to encourage her younger staff members and foster a more “collegiate” atmosphere among her peers.

“I do like to be quite closely connected to what’s happening in the profession and be in a position where I can facilitate change rather than just sitting back and moaning about the fact that things are the way they are.”

Prineas is a strong believer in providing young graduates with hands on experience – something she says is lacking in the industry and not a focus for universities.

“Often graduates, unless they’ve had the opportunity to work in a small team, won’t have really developed a lot of the skills required for the day-to-day running of a practice.

“There’s a lot more to it than just the design skills you think are so important when you’re at university.

“There’s being able to negotiate and a sort of confidence that you only get from experience. If you haven’t actually worked anywhere then you’re coming into the industry [after university] quite green.”

In this, Prineas recognises that universities have a significant role to play in pushing the industry forward.

“Reform starts at education. It needs to start at the university level.

“I think universities and professional bodies need to talk to each other more so that we’re actually getting graduates that are learning what we need them to know.”

Within her own practice, Prineas is a staunch supporter of the Government Architect NSW Design Excellence Competition, launched in 2000 with an emphasis on placing emerging architects firmly at centre stage.

The competition encourages “entrant diversity”, rewarding practices that include emerging architects in their design teams by offering incentives like additional floor space ratio or height.

Studio Prineas is a two-time winner of the competition, gaining industry recognition for its 2017 retail and apartment project in Penrith and 2018 shopping village re-development in Surrey Hills.

“It’s clear through competitions like this one that emerging architects have a role to play in providing cities with better design outcomes,” she says.

Prineas is also a firm believer in architects being agents of change rather than just resting on their laurels.

“The larger practices that take on [initiatives like the Design Excellence Competition] should be commended as it’s an incredible mentoring opportunity.

“After all, getting involved [with young architects] enriches your professional growth too,” Prineas says.

“So sometimes you might be asked to do something and it might feel like it’s a challenge and beyond you, but if you just give it a try and do your best. You learn from them and other opportunities come out of them as well.”