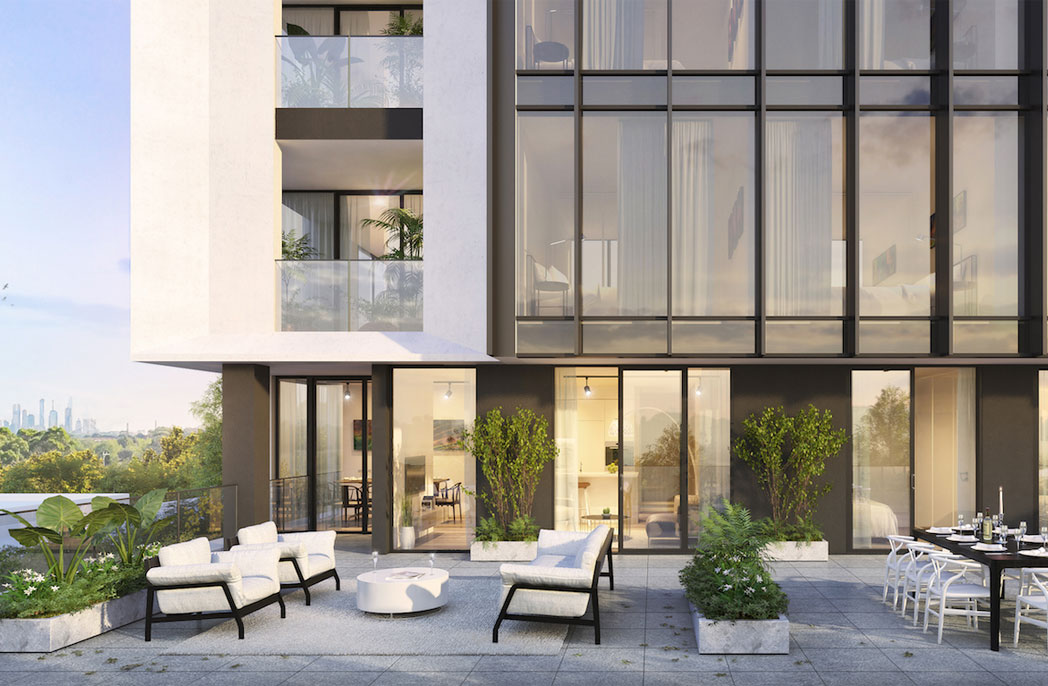 DKO has released designs for one of the first projects to take shape at YarraBend in Melbourne.

YarraBend is a 16.5-hectare development in Melbourne’s inner suburbs. YarraBend gained attention in June 2016 when it was announced that it would be one of the first battery-powered green precincts, incorporating Tesla’s Powerwall technology.

DKO has released its design of the Parkview, which is inspired by the nearby parklands. This project is one of the first to be designed in line with Victoria’s Better Apartments Design Standards, a Government initiative that came into effect in March 2017.

The brief from YarraBend was to create a localised urban renewal development, with New York’s Meat Packing District and London’s Canary Wharf cited as points of reference.

DKO’s apartments are designed to complement the natural environment with a sculptured façade that pays homage to historic buildings that were present on the site.

When discussing the design, DKO principal Koos de Keijzer says, “Every aspect of the design helps tell a story and evokes a luxury living experience. The apartment façade is unique and timeless with sculpted blades changing from floor-to-floor. The design of the apartments provide space for landscaped gardens on the ground floor and generous balconies for units above, which take advantage of spectacular views of the river, surrounding parks and the city,” says Principal at DKO Architecture Koos de Keijzer.

Each apartment features high ceilings, large double-glazed windows and generous balconies. Again referencing nature as a point of inspiration, the finishes selection is simple and natural, such as stone benchtops and timber floors.

Wanting to provide a sense of community, the project features an outdoor pool and Japanese-style onsen spa, set within a landscaped rooftop garden.

Elaborating on the technology and community aspects of the precinct, YarraBend’s creative director Len Warson explains that, “YarraBend [opens] up a huge parcel of riverfront land that was previously industrial and inaccessible. We are creating incredible world-class amenities such as a health and wellness centre and cutting-edge gym equipment with cloud based fitness training. A YarraBend app connecting the residents to a variety of conveniences such as a tech concierge (a Glenvill innovation).” says Warson.

Read more about the various precincts and areas at YarraBend.

A leafy haven for ‘modern primates’