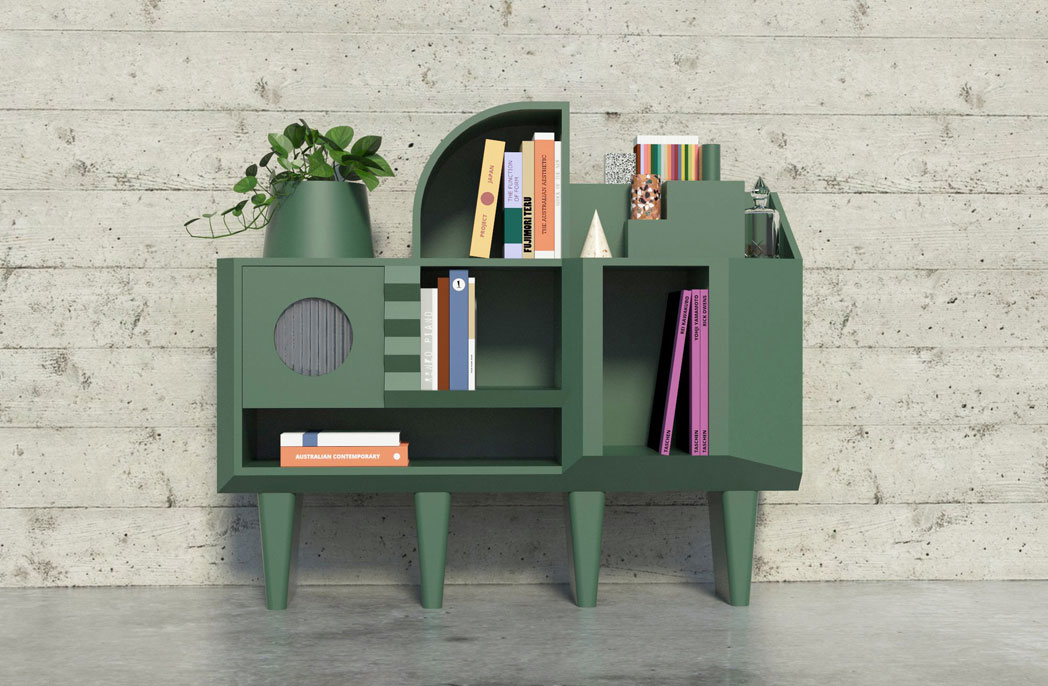 Now in its second biennial year, the Australian Furniture Design Awards (AFDA) by JamFactory and Stylecraft recognises the exceptional talent of Australian industrial designers. This week, six finalists have been announced from a pool of 103 entries, including eligible Australian designers from the US, Canada and Singapore. The judges expressed that the quality and diversity of the entries were impressive, and their shortlisting process focused on originality.

The prize includes $20,000 cash, a residency at JamFactory in Adelaide to develop a piece of furniture, and national distribution through Stylecraft. In addition, the winner’s prototype will be exhibited at JamFactory and then Stylecraft’s Sydney and Melbourne showrooms. Following this, the prototype piece will be acquired by the Art Gallery of South Australia as part of its furniture collection, which includes furniture pieces by Marc Newson and Frank Gehry. 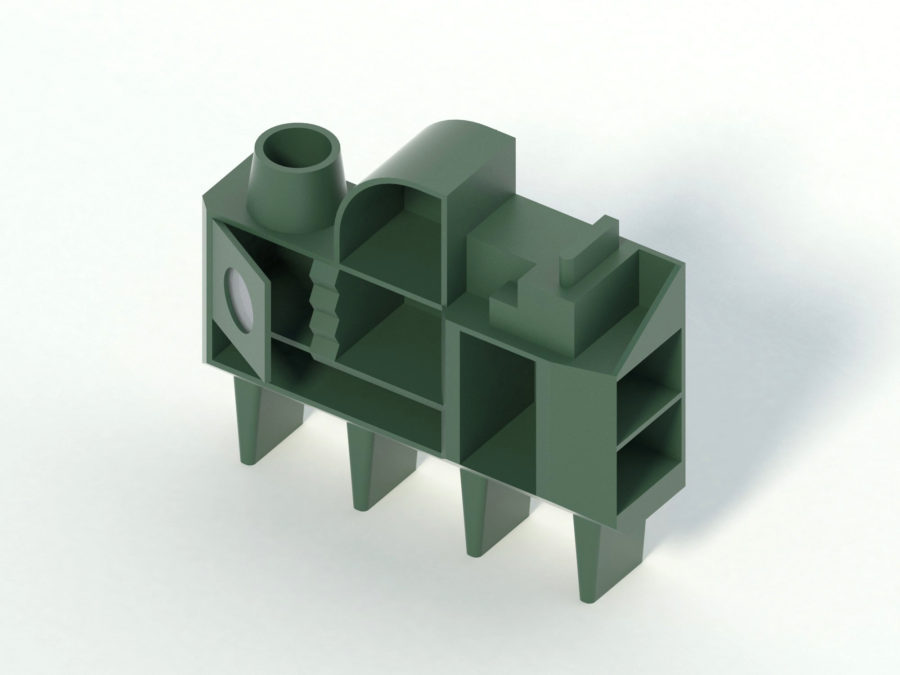 BRUT SHELF
The Brut Shelf draws its character from the forms of brutalist architecture. Chamfered edges and pure geometries combine with architectural elements such as steps and roof follies, to form this cabinet of curiosities. The shelf features a number of alcoves in different widths and heights as well as closed storage to house an array of books and objects. All of the elements are united in a consistent finish to highlight the geometry with no distraction. The result is a furniture piece that can stand as both a sculptural object and functional form, true to its brutalist origins.
– 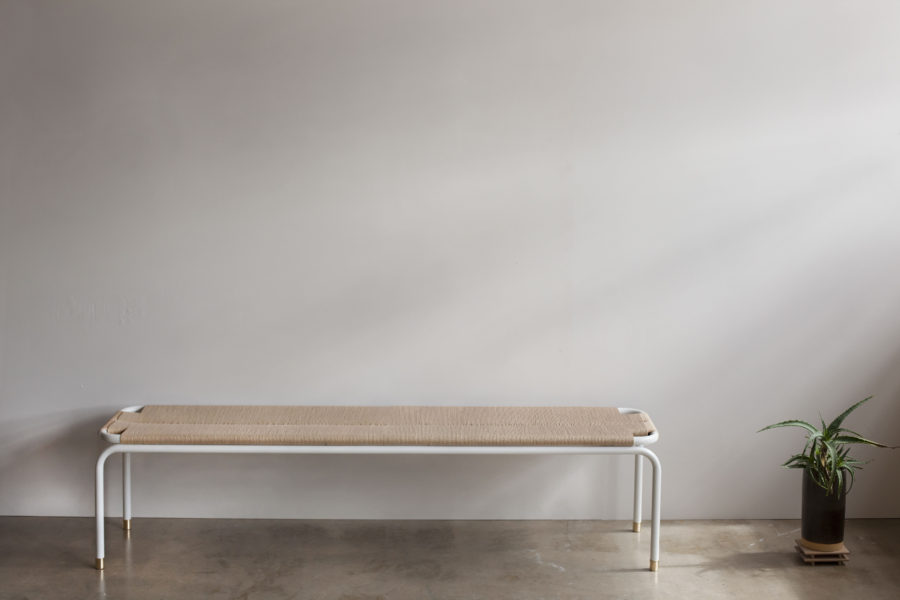 RUSHCUTTERS BENCH
“The Rushcutters bench draws on my experience of living in Woolloomooloo, Sydney. The powder-coated steel frame was inspired by the bent-pipe ceiling trusses in the old Finger Wharf building. I would often marvel at these industrial fixtures rendered beautiful with white paint, and strove to emulate them in my design. When weaving the Danish cord seat, I took pains to avoid the rigid structure common to Mid-Century Danish designs. Instead, I tried to design a weave which would evoke the rush thatching used by early settlers in Rushcutters Bay, just around the corner from Woolloomooloo,” says Howe.
–

PANKALANGU ARM CHAIR
In Western Arrernte mythology, pankalangu is a territorial being living in the scrub, camouflaged in the desert and bush. He moves with the rain, made visible when droplets fall over his body – caught by the light they define his form in a glistening silhouette. The Pankalangu Arm Chair layers an intricate lattice of Tasmanian wallaby pelt over copper. The pelt covers the copper, exposing copper tips at the end of each scale-shaped incision. Each scale catches the light, like the raindrops that fall over the pankalangu. Sometimes the scaly creature is lit up by glistening copper droplets, but from other vantages these scales hide, camouflaged in an ochery outer skin.

Read our interview with Jansen over here.
– 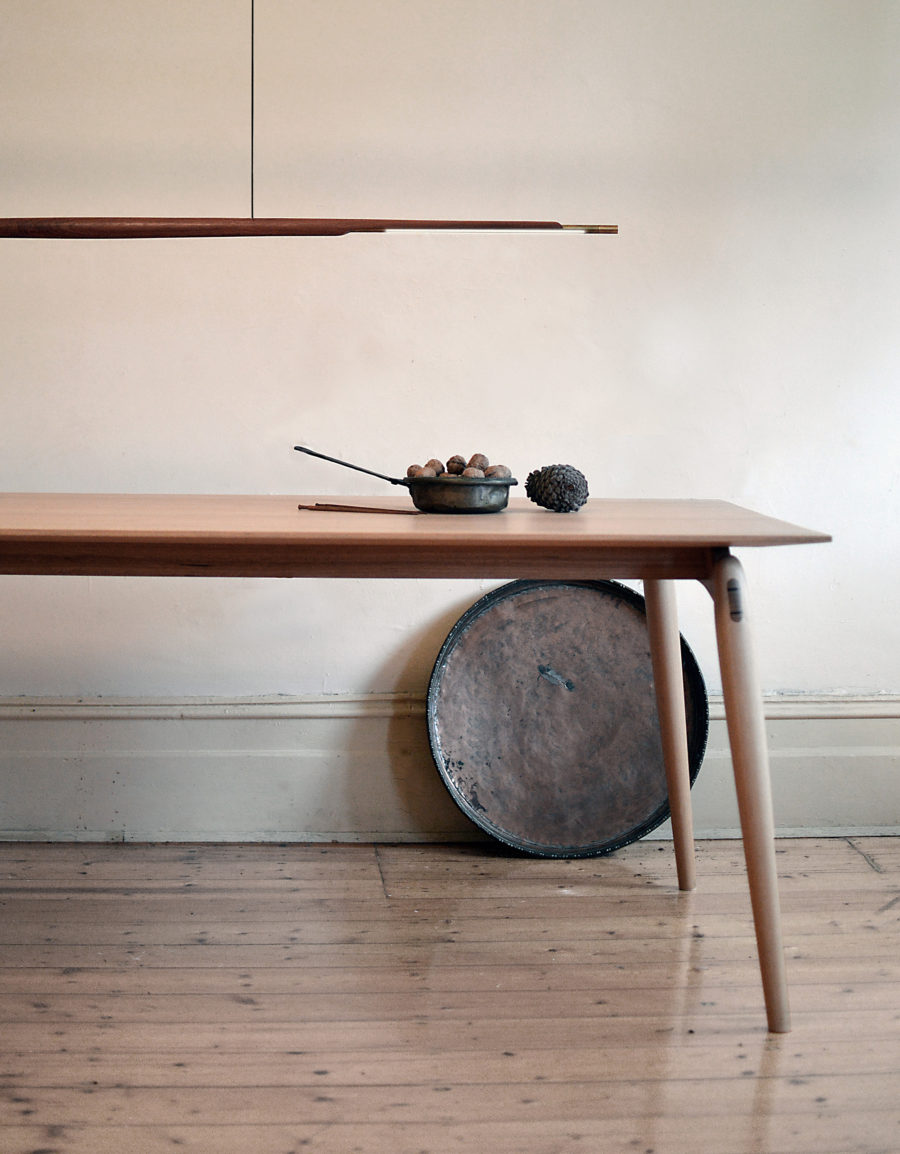 ASSEGAI PENDANT
The Assegai Pendant blends sleek lines with subtly sculpted timber. The concept introduces elements of fine craft to a linear pendant, an area dominated by mechanical extrusions, to create a contemporary LED pendant that feels finely considered as a piece of jewellery, rather than an industrial afterthought. Elegant materiality sits the crisp sheen of brass against softly sculpted timber. The brass adds elegance and warmth, as well as diffusing the heat of the LEDs. The subtly tapering form is designed to accent, not overwhelm spaces, with subtle curvature and elegant detail only revealing itself on closer inspection.
– 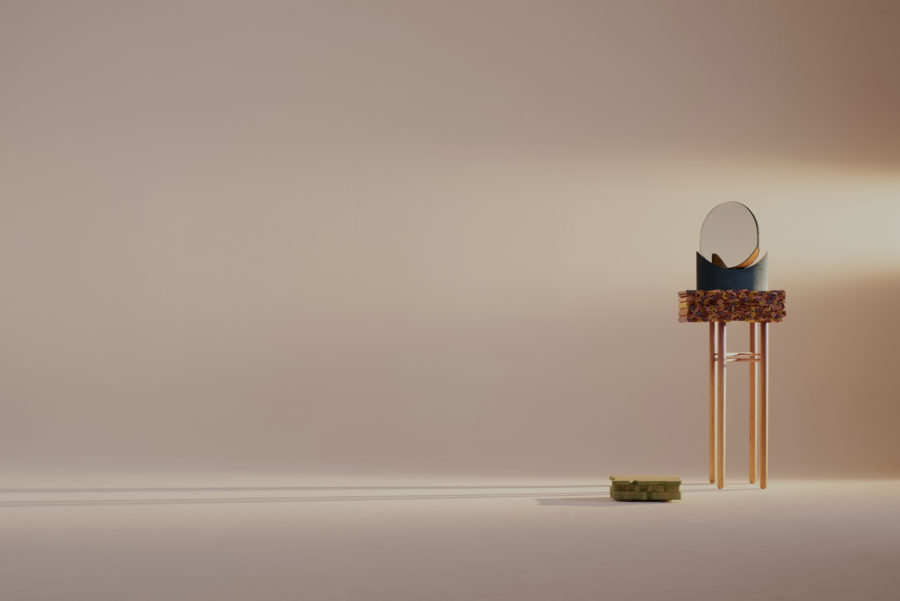 PLACE
We travel through the country, full of vistas and space. We know about distance, it takes days of driving to get to the edges. There is time to see. Closest is the speed-swept details, individual trees and shrubs, at this depth there is definition and form. Further back the landscape merges, becomes pattern and texture, shadow and light. In the far distance, where we are headed, the bulk and mass of ranges. There is no detail, only the collective vapour of eucalyptus leaves visible from afar, the distinct Australian haze that renders the land muted but vibrant.

Catch our interview with Rich over here.
–

BALA GA LILI (TWO WAYS LEARNING)
Bala Ga Lili is a collaborative cross-cultural and cross-colonial project with Damien Wright of Preston, Victoria and Yolngu man Bonhula Yunupingu of Gunyangara north-east Arnhem Land. It consists of two works in constant tension. Wunahakali (the other side) is Bonhula in the act of throwing a spear. Perfectly balanced. Its geometry is the strength and power of the hunter, while its construction references Yolngu binding and joinery. It is loaded, full of promise, of potential, of grace, flow and danger.

The black lighthouse (Gurrnjann Djarratawun Wanga) is made from pitch black 15,000-year-old ancient red gum – a stunningly beautiful fortress of European hegemonic rectilinear narcissism. Inside the walls is the fire (gurrtha). The light radiates through the decayed walls of the house, glinting off the polished Gadayka, the copper binding and black epoxy of Wunhakali and pulling the viewer toward the light. Seeking the light in the darkness.

“These two objects are charged with versions of power that can never quite reconcile. It is the space between them. Littered with unfinished sentences, with good intentions and ego, with grand gestures, mistaken meanings, with failure, triumph, humour, joy and love that Bonhula and I have poured our creative selves into,” says Wright. “To quote Bonhula, ‘It is a good idea to get this process going on it’s better if we help each other out and it goes both ways.'”

The judges will interview the six finalists and examine the physical prototypes before selecting the AFDA 2017 winner.

See where three designers are now after winning the IDEA Emerging Designer award.

Stylecraft teams up with Australian designers for new collection

Stylecraft shortens lead time on some of its most popular products