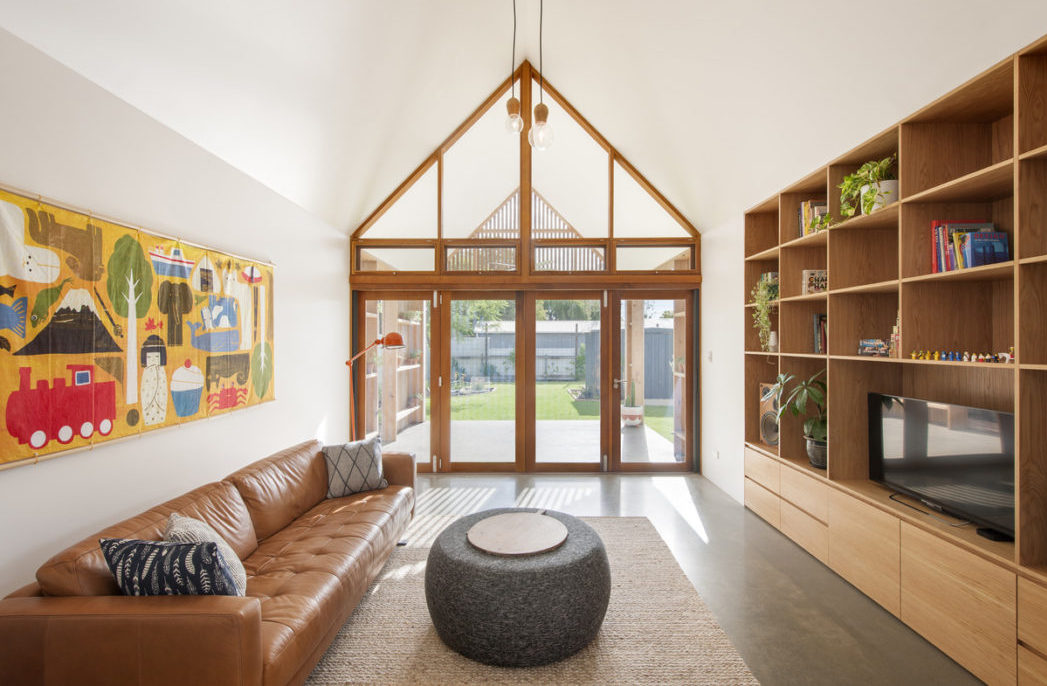 The Carlisle Street extension is a foray into a new Australian vernacular. Familiar materials and form are used with a higher consideration to context and passive design to create an extension that is restrained and simple; a volume of space that is light-filled and expansive yet private. 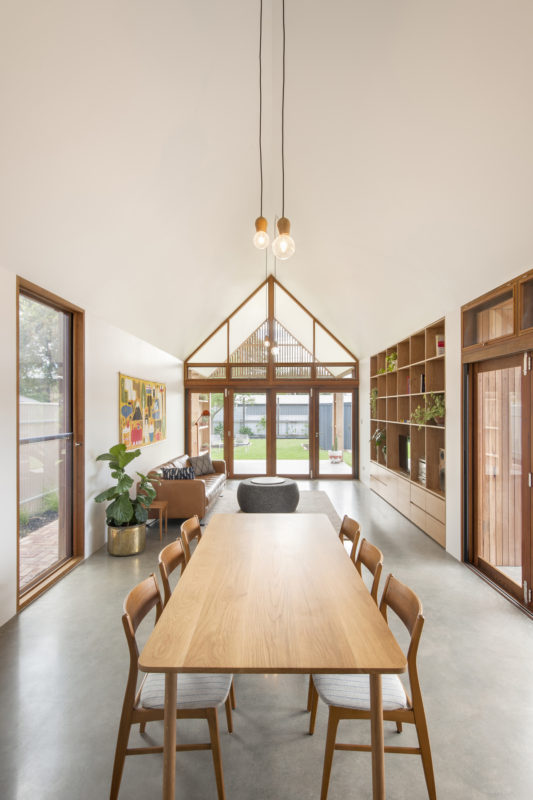 The brief called for a clean, light-filled extension, primarily encompassing kitchen, living, dining and outdoor areas. The client was inclined toward a Scandinavian aesthetic, but also wanted to embrace context. This was the catalyst for an exploration of a ‘modern vernacular’ where the historical style of Adelaide housing was to be interpreted in a modern, considered and environmentally conscious manner. 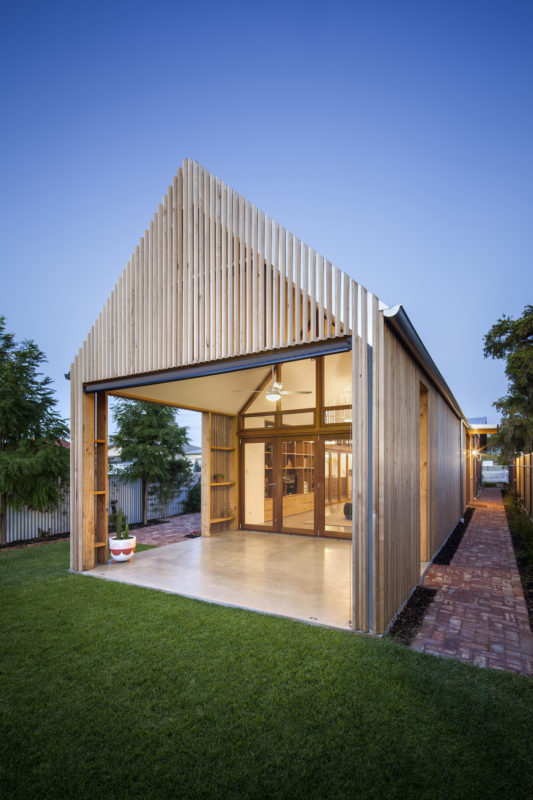 Familiar Australian materials were used with sustainably sourced timber and good material efficiency, the use of steel was minimised and the program looked to simplify the extension down to its basic elements. The result was a single volume of space that is adaptable, flexible and enough for a family. 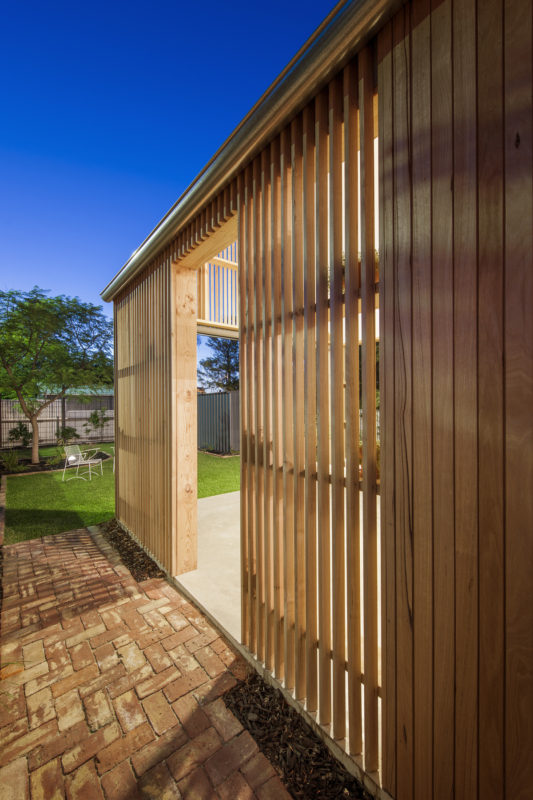 The biggest challenge was to create something that looked ‘Australian’ while rectifying the old problem of Australian houses having poor environmental performance. Reverse brick veneer creates a well-insulated envelope and hydronic underfloor heating keeps the space warm in winter. The clean expressed gable ceiling is in tension with the natural ventilation, which draws cool air from the south and vents at high levels to the north and west. 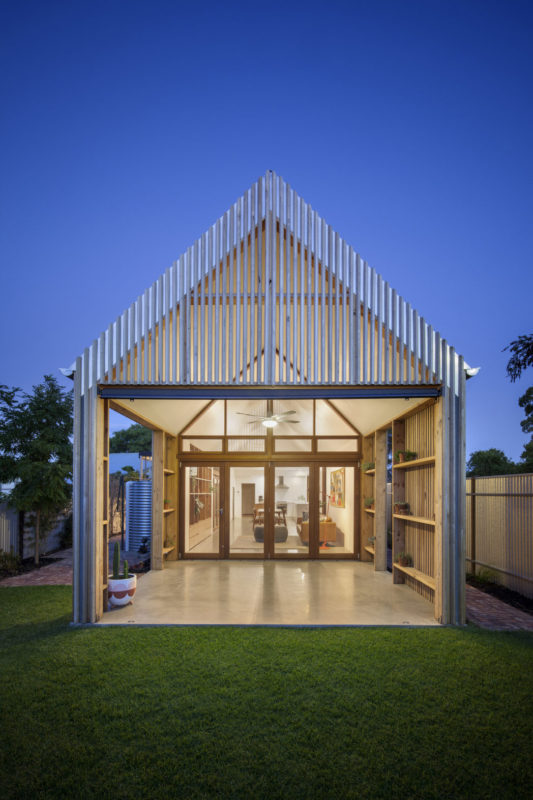 The Carlisle Street extension is separated by a slight negative from the existing structure but references its material and formal approaches. The gable roof is a nod to Australian housing and the use of galvanised custom orb and silvertop ash creates a connection to the local and greater Australian context. 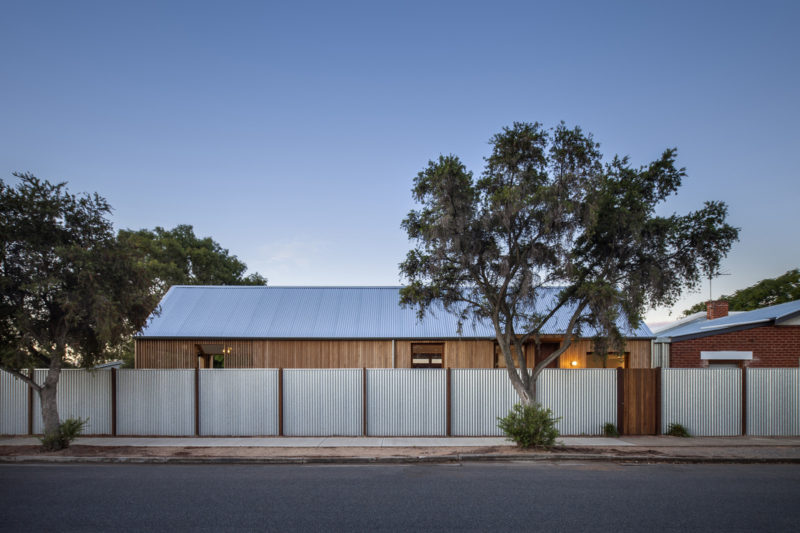 The built form, as a singular extrusion from the existing, balances the need for an expansive, open interior with the passive-design requirements of the site. Penetrations and access to the exterior are driven by ventilation, access to light and effective solar heat gain. 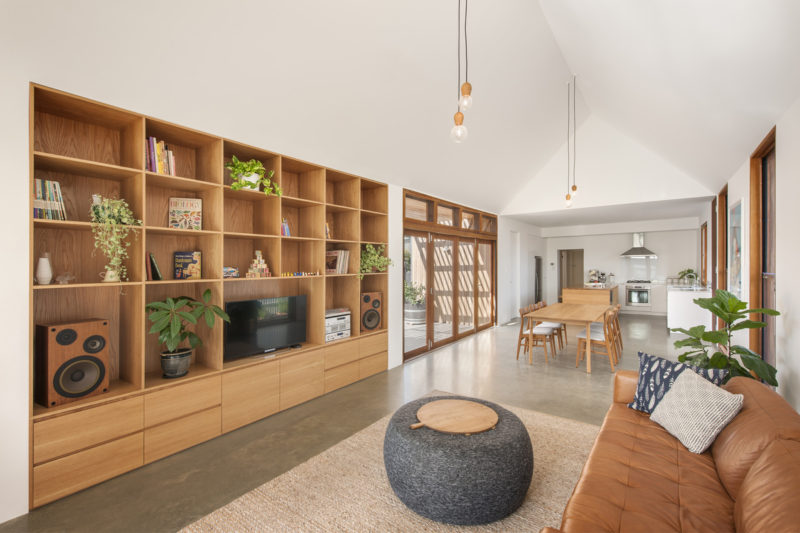 The extrusion is broken into four ‘spaces’ each four square metres, layering the kitchen, dining, living and outdoor dining from the existing to the west. The single, open volume maximises lines of sight internally and to the yard, but creates a level of screening and privacy from the neighbouring street. The existing bathroom was renovated and a laundry, WC and extra storage were added adjacent to the kitchen, adding to the amenity of the existing worker’s cottage. 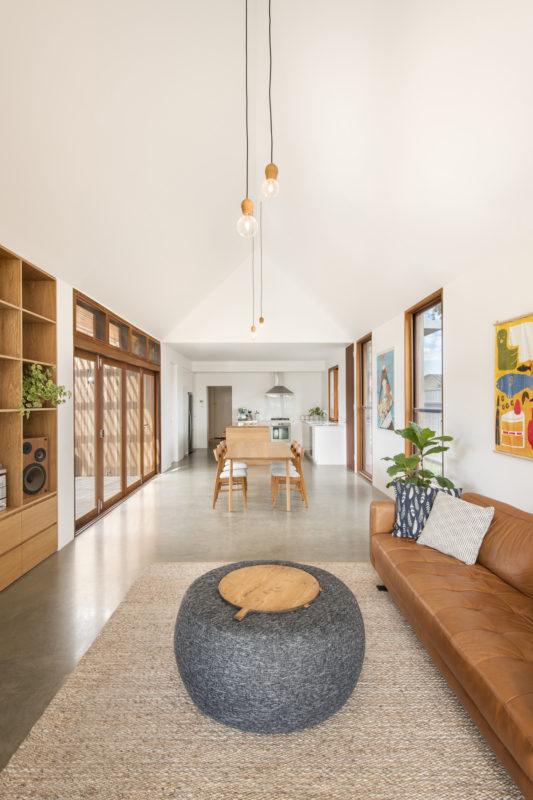 Carlisle Street meets the basic needs of an open plan living space, creating a strong connection with the yard while maintaining privacy on an exposed corner site. With a limited budget, building a standard (box) extension would be an easy option. Instead, efficient and considered design has allowed for a functional, passive design that has reduced ongoing maintenance and energy costs. The clients have a safe, comfortable and happy space to raise children, a space that creates and encourages moments of joy.