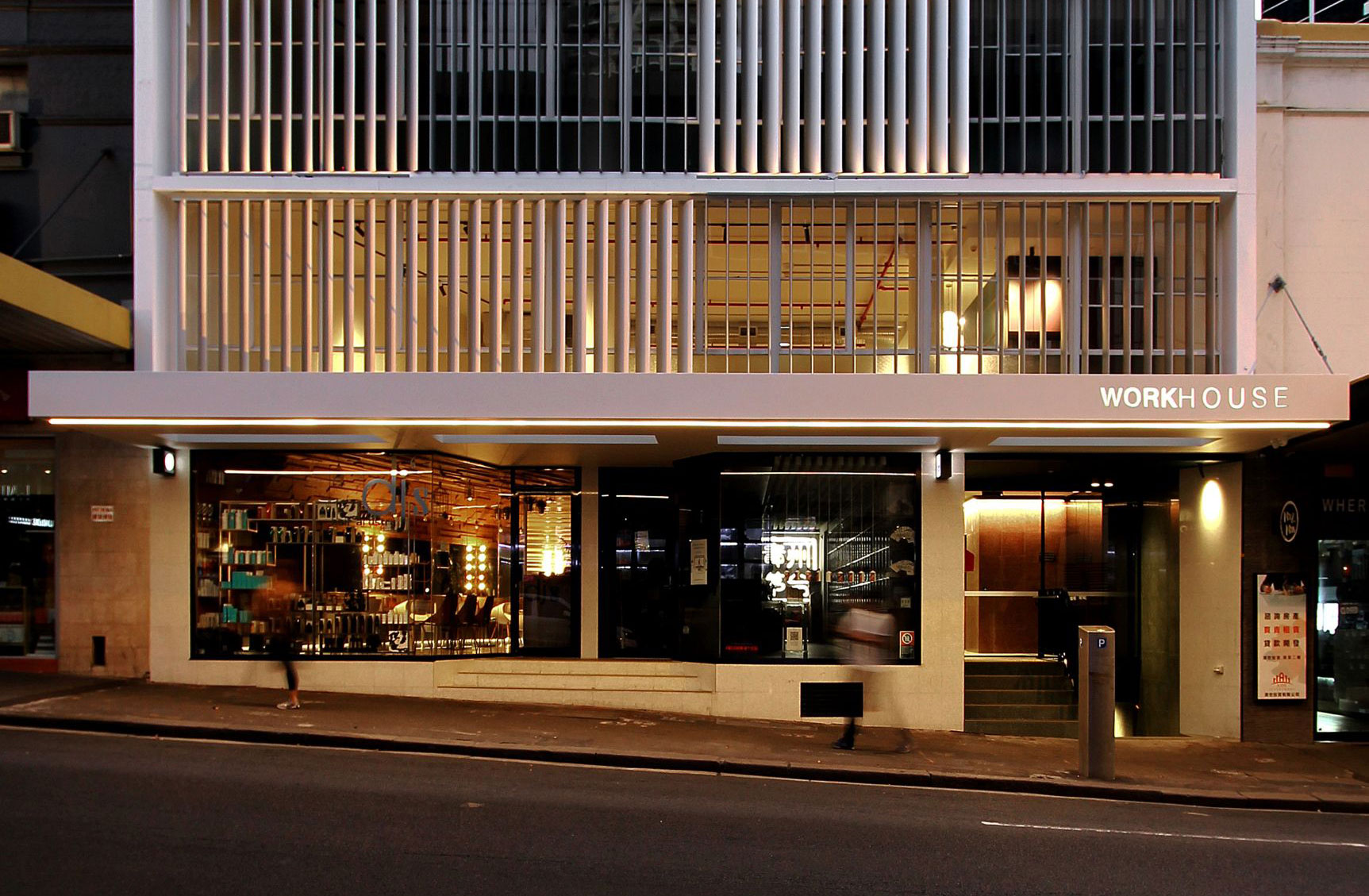 Terence Yong Architecture used colour to solve conflicting requirements between an ambitious brief and cost constraints in its refurbishment of a Harry Seidler-designed commercial building in Sydney.

The brief was to return the upper levels of a deteriorating mid-century architecture in Haymarket, which had been used commercially in different ways over the last six decades, to a workplace that would appeal to modern employers.

“We seriously had no money. A big chunk of the already tight project budget was exhausted by the need to bring the deteriorating mid-century architecture into regulatory compliance, especially the ageing building services,” Terence Yong tells ADR.

“We had to think outside the box to find the most practical and impactful solutions to the conflicting requirements between the ambitious brief and the sheer time and cost constraints of the project.

“After several intense client-architect brainstorming exercises, we collectively found that an unconventional workplace and unconventional use of colour could be the ultimate answer.”

To create a point of difference, the practice leveraged the increasing domestication of the workplace.

The new flamboyant colours add a “sense of playfulness, if not happiness, to the adaptive-reuse design approach that attempts to reimagine the building into a home-away-from-home”.

On the graffiti-covered rooftop-floor level, the practice repurposed the abandoned storage room into a multipurpose room with breakout areas and end-of-trip facilities.

The condenser-filled outdoor space was transformed into a communal garden that includes a private meeting area, a bicycle park and a vegetable patch.

The fire-isolated staircase was also transformed into an “everyday staircase”. The studio adds that the new yellow tone “encourages exercise”.

In the workspaces, the emerald green wall is a biophilic feature, promoting nature-connectedness, while the remaining white surfaces and new set of external fixed louvre blades maximise natural light.

Terence Yong Architecture also sought to preserve the mid-century charm of the building.

While not a Heritage-listed site, WorkHouse sits in a commercial building original designed by Siedler. The Austrian-born Australian architect completed the property, known as the Horwitz Office Building, in 1955.

As part of its refurbishment, Terence Yong Architecture replaced the dysfunctional operable louvre facade on a like-for-like basis, redesigning the incongruous street awning and restoring the broken sash ribbon windows.

In the foyer, a polished concrete floor with natural aggregates adds to the mid-century aesthetic, and the higher headroom with exposed services increases its sense of space.

The top and bottom surfaces of the unusual beam-free concrete floor structures were also retained, along with the mid-century balustrades.

“The new memory-provoking colours of the ’50s intensify the heritage design approach that attempts to return the building to the glory of its mid-century heyday,” says the studio.

“While the emerald green and maroon red, which resonate with the colours of the nearby Chinatown Archway, highlight the main entrance, the all-important white continues to maintain the visual prominence of the building.”

Terence Yong Architecture is a practice based in Redfern/Surry Hills that works on homes, hotels, apartments, townhouses, workplaces and galleries and showrooms. Yong teamed up Shed Architects in 2017 to design three townhouses that maximise liveability on tiny parcels of land. He also designed Little Albion House.

In Melbourne, Mim Design also embraced concrete in its office design for the building company Cobild, pairing it with white perforated screens and tobacco leather.

While fellow co-working company, WeWork, also embraced the concept of home-away-from-away in its design for its new Perth location.