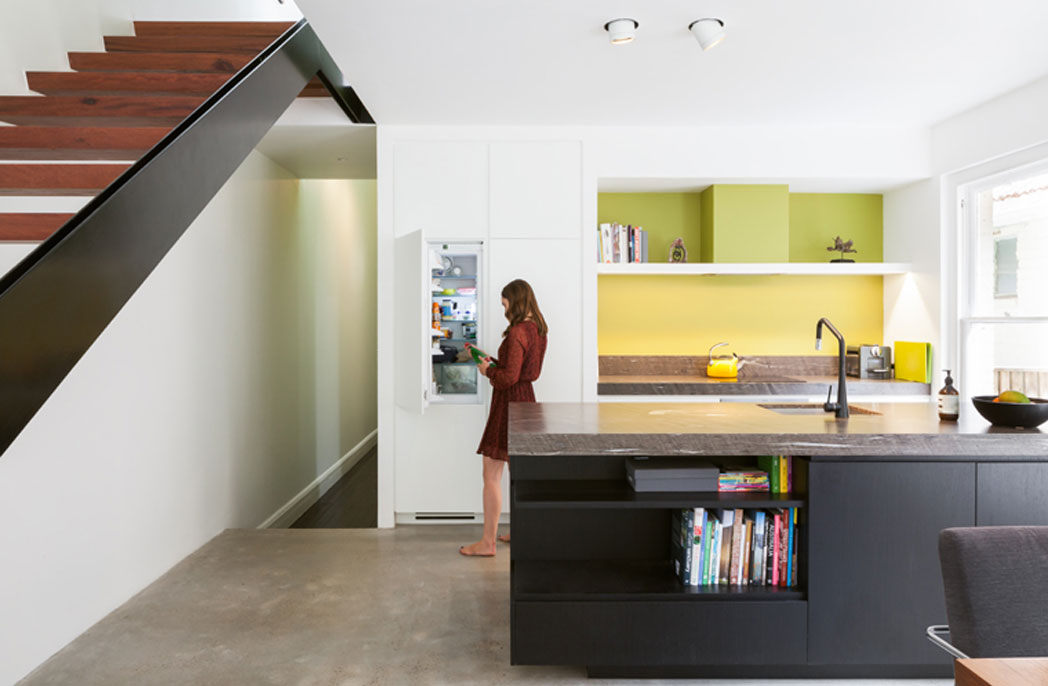 The genesis of the Splice house began with a Dutch couple falling in love with Australia and wanting to make a home together in the Sydney suburb of Wollstonecraft. The brief was distilled down to the desire for spaces that were at once both tropical and austere, a wonderful contradiction, which leads to a unique renovation of a typical semi-detached Federation dwelling. 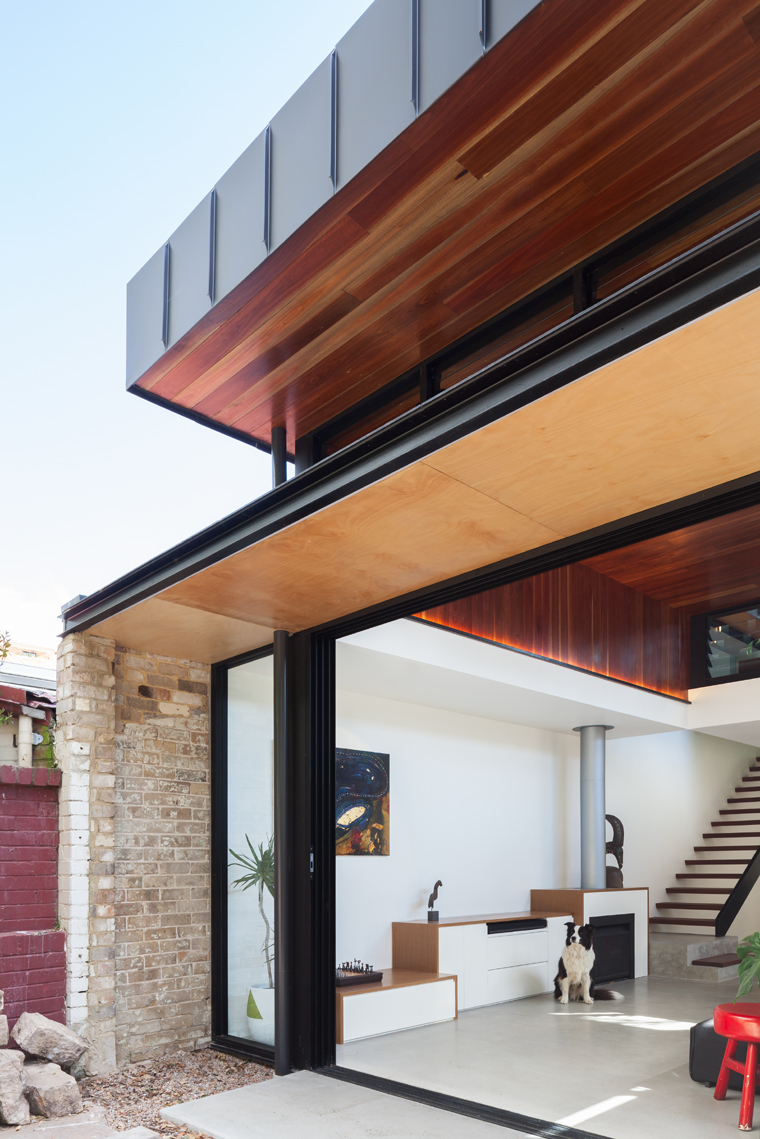 The project was ambitious in its aspirations, and Stukel Stone were the second architects to make an attempt for the owners. The breakthrough on the project was in determining that the building works could circumvent the Local Council Development Application procedure by way of the ‘State Environmental Planning Policy (Exempt and Complying Development Codes) 2008’. The design required careful calibration of side setbacks, floor areas, roof heights along with thorough site analysis; with a dash of good luck (the front boundary width was compliant within 15mm). This ultimately allowed for a much stronger contemporary design response within a normally historically prioritised planning area. 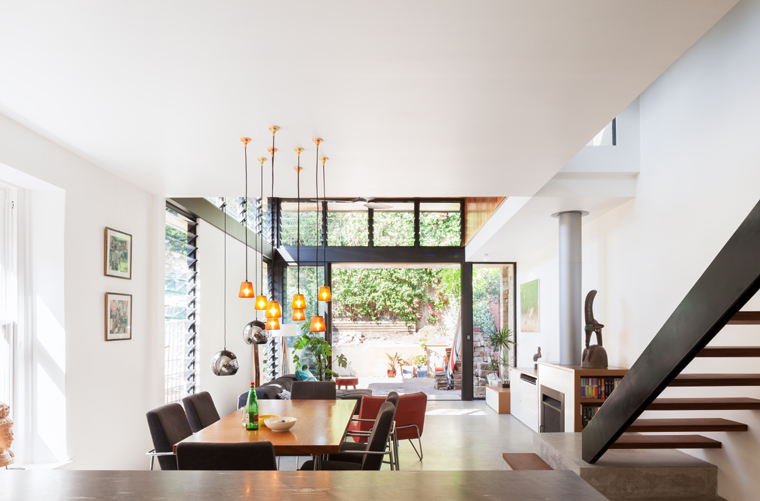 The design was devised in primarily two architectural sections. The first a more ‘public’ circulation link between the front, rear and upper levels of the house, and the second a series of interconnected terraced planes and roofs from the main bedroom to the back wall of the garden, offering visual, aural and spatial continuity. These two conceptual sections reconcile at an improbably sharp ceiling junction formed by structural trickery, the Splice house. 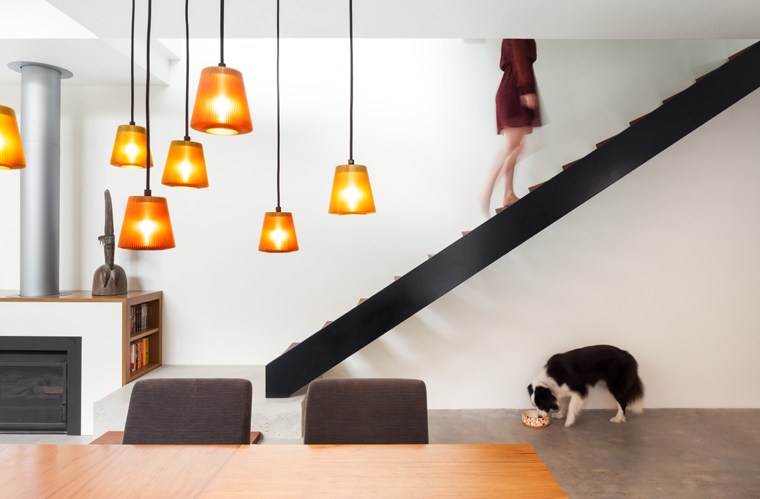 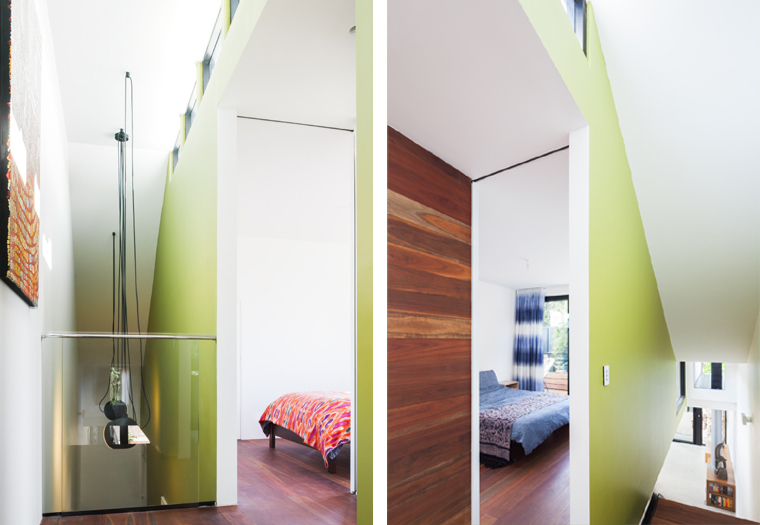 See inside a penthouse project that brings an industrial aesthetic by Stukel Stone.