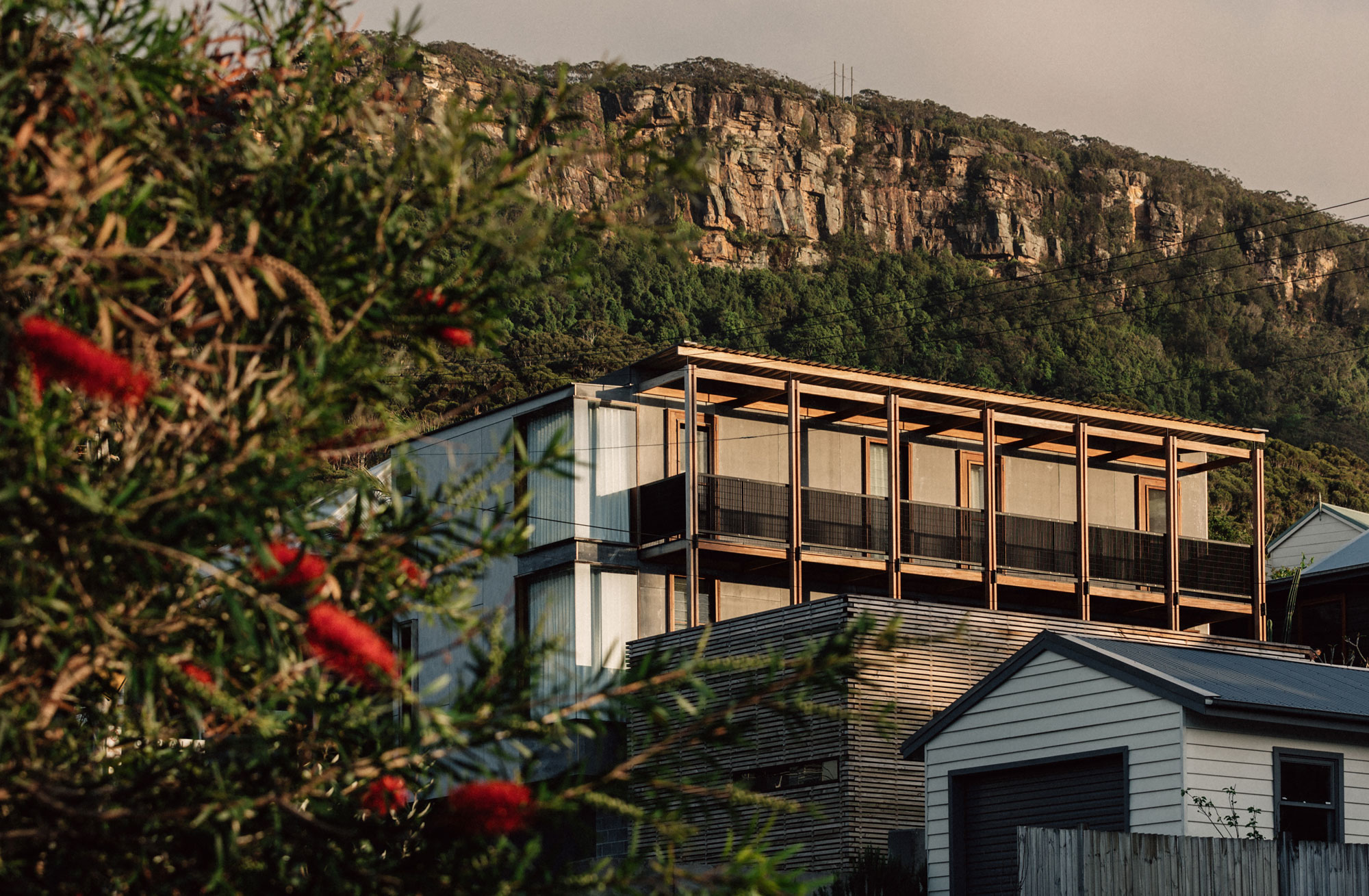 Located on a steep south-facing corner block between the Illawarra Escarpment and the Pacific Ocean, Takt Studio’s Blade House cleverly responds to the challenge of sea views at odds with solar access.

The brief was to accommodate a creative family of four and provide a smaller second dwelling in an area formally dotted by little more than miners cottages. But the constrained block and competing ocean views/solar access presented a challenge to practice founders Brent Dunn and Katharina Hendel. 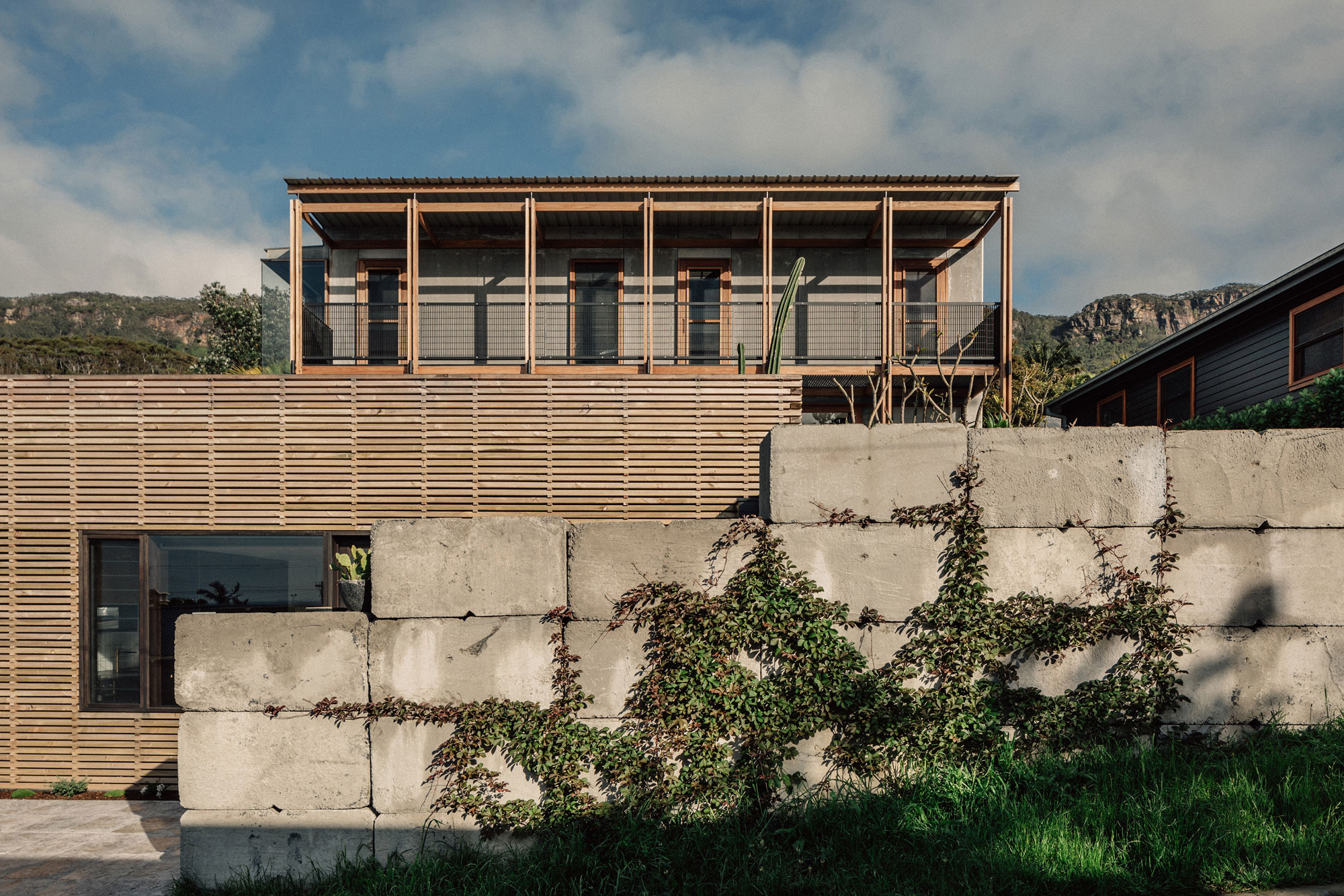 To allow for views of the water to the south while opening the building up to the northern sun, Takt Studio added a raised ground plane and elevated deck. The new podium creates two distinct sections.

On the lower one, a garage and storage areas sit alongside a secondary dwelling that projects its own identity. It’s affectionately called Jenga House for its stacked timber facade that recalls drying stacks in local timber yards and erosion in nearby ocean cliffs.

The upper platform is reached via a concrete stair under the transparent balcony, which is designed to mimic the escarpment through the canopy of the rainforest. 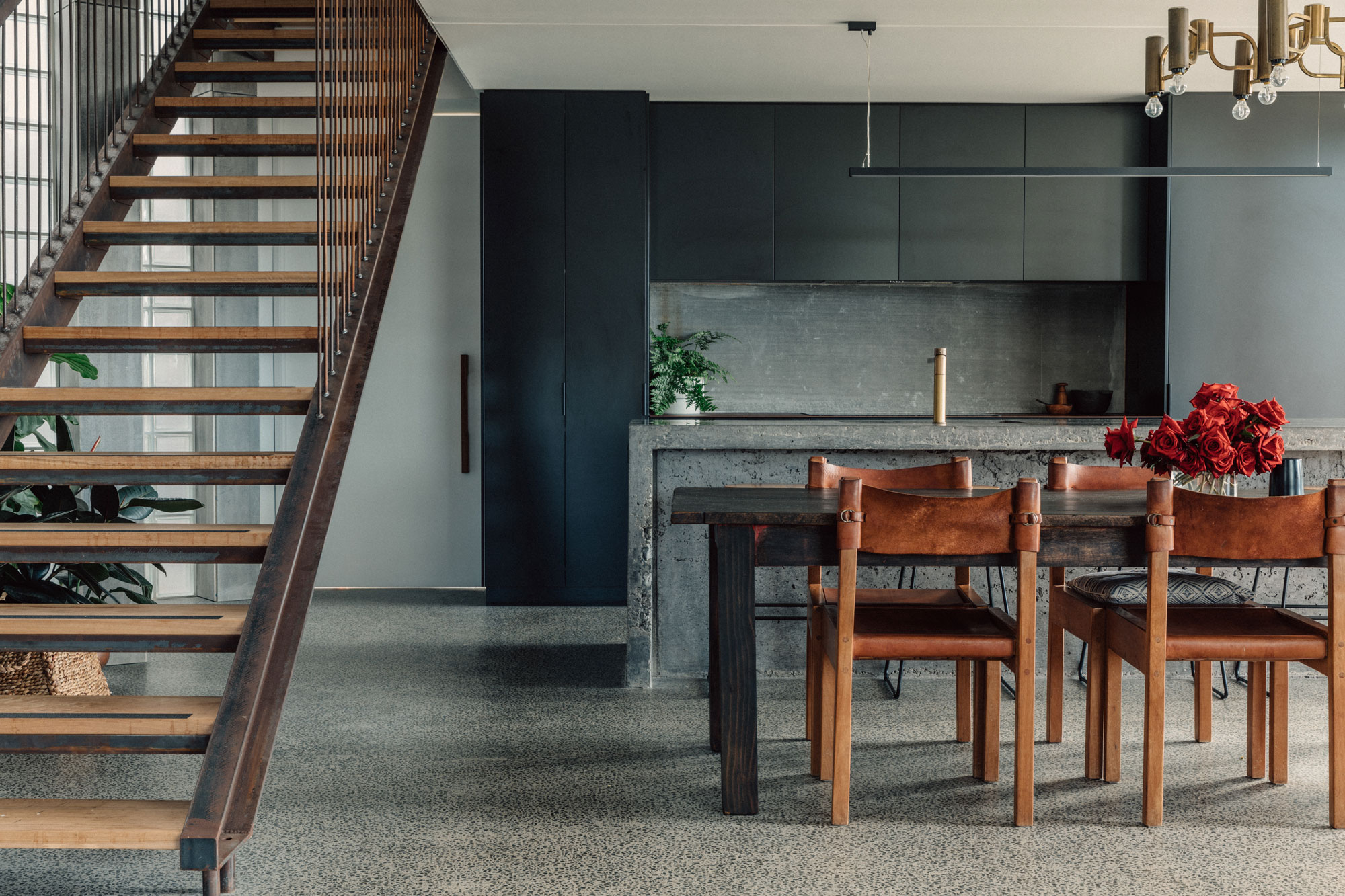 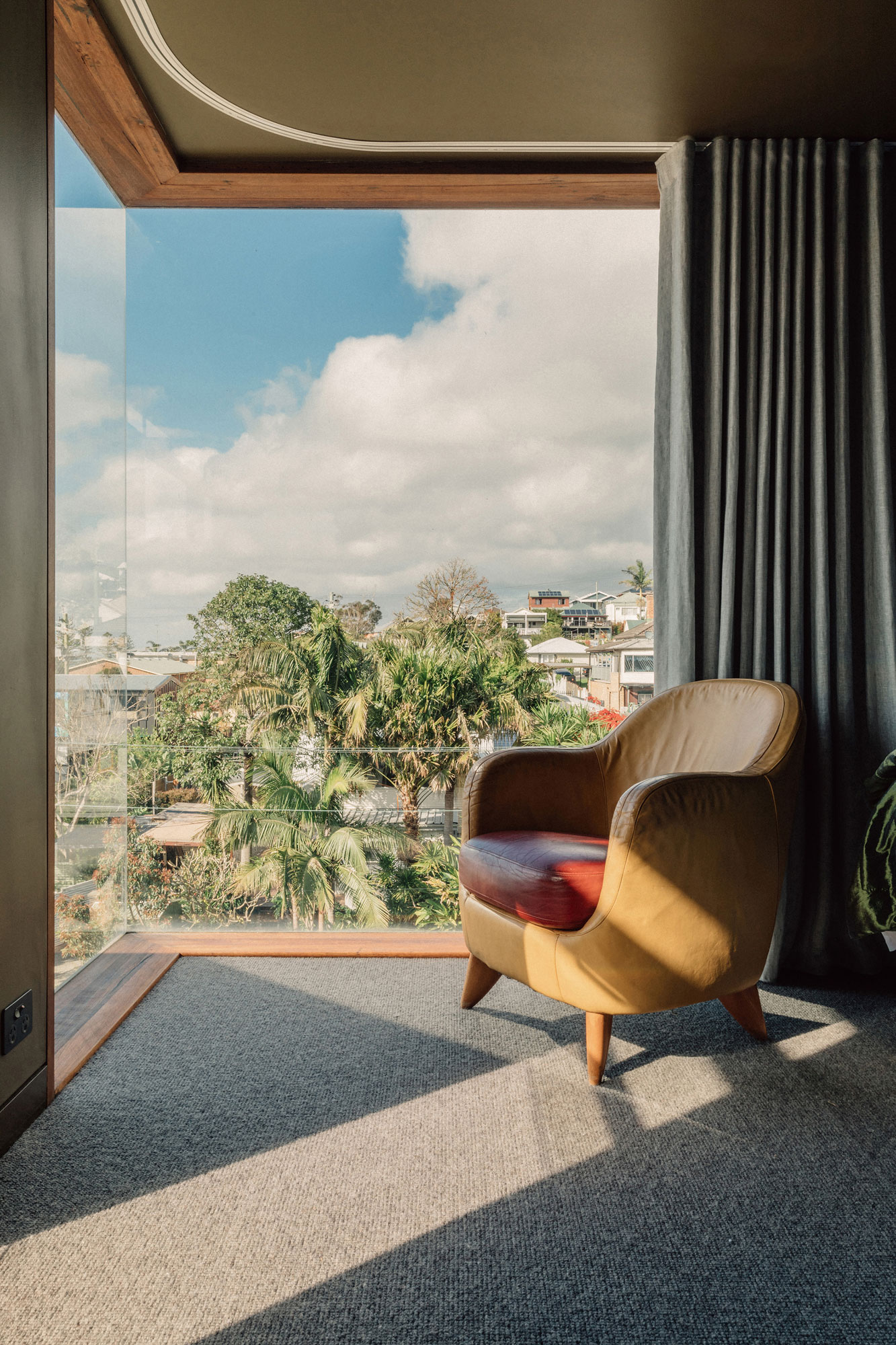 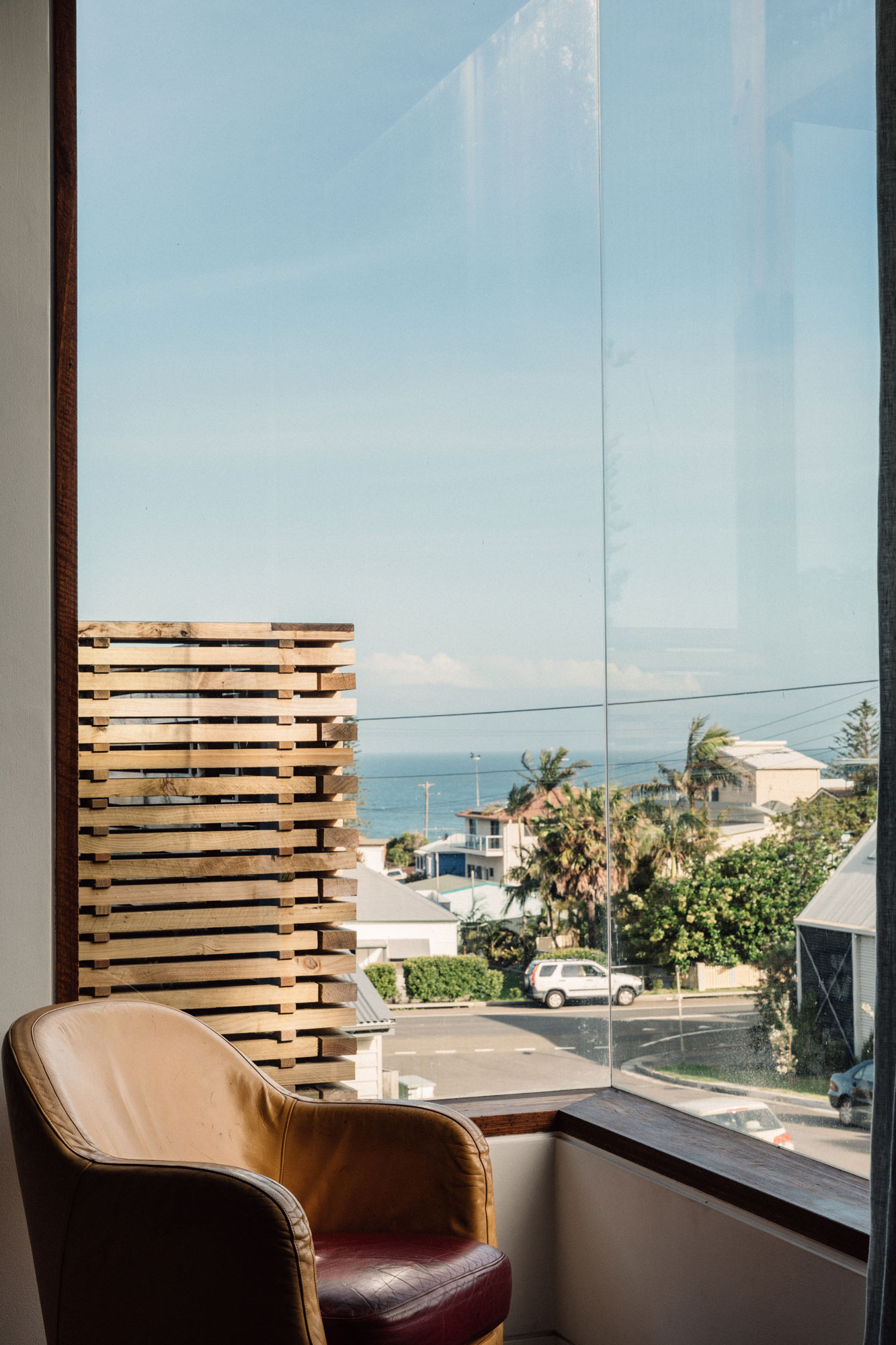 This platform invites the landscape in and welcomes community for the morning surf check, a casual wave to neighbours and sunset drinks.

The main house and its layers of enclosure in hardwood relate to the tall forests and craggy cliffs of its escarpment backdrop, while its shell is clear sheeted in FC cladding.

Materiality is influenced by both the landscape and the traditional local beach houses. Material choices prefer the least expensive possible for the required performance. Basic construction materials were used as finished products, such as pine stacked timber walls. Concrete, steel from the local mill and recycled hardwood double glazed windows and doors form the building envelope. 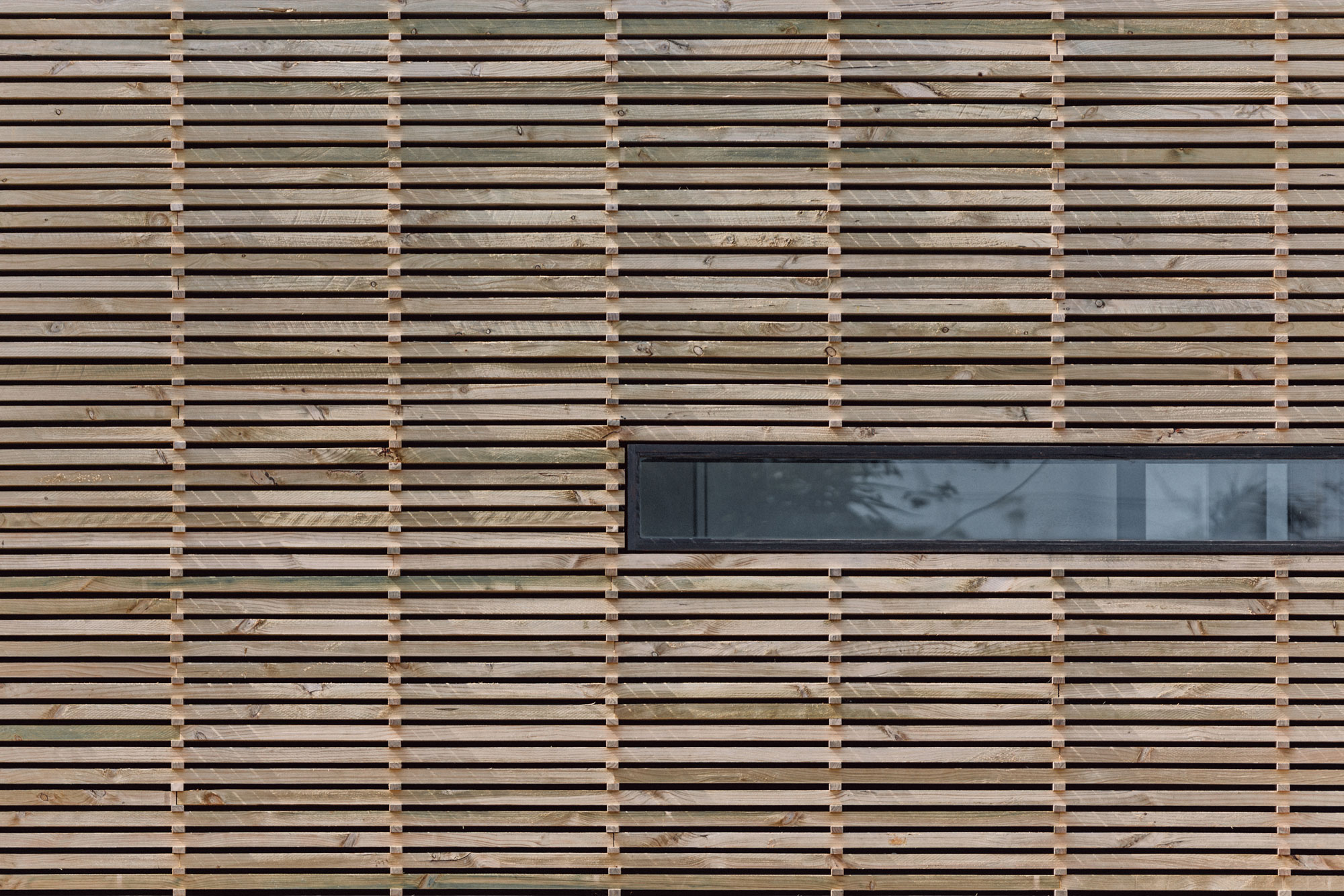 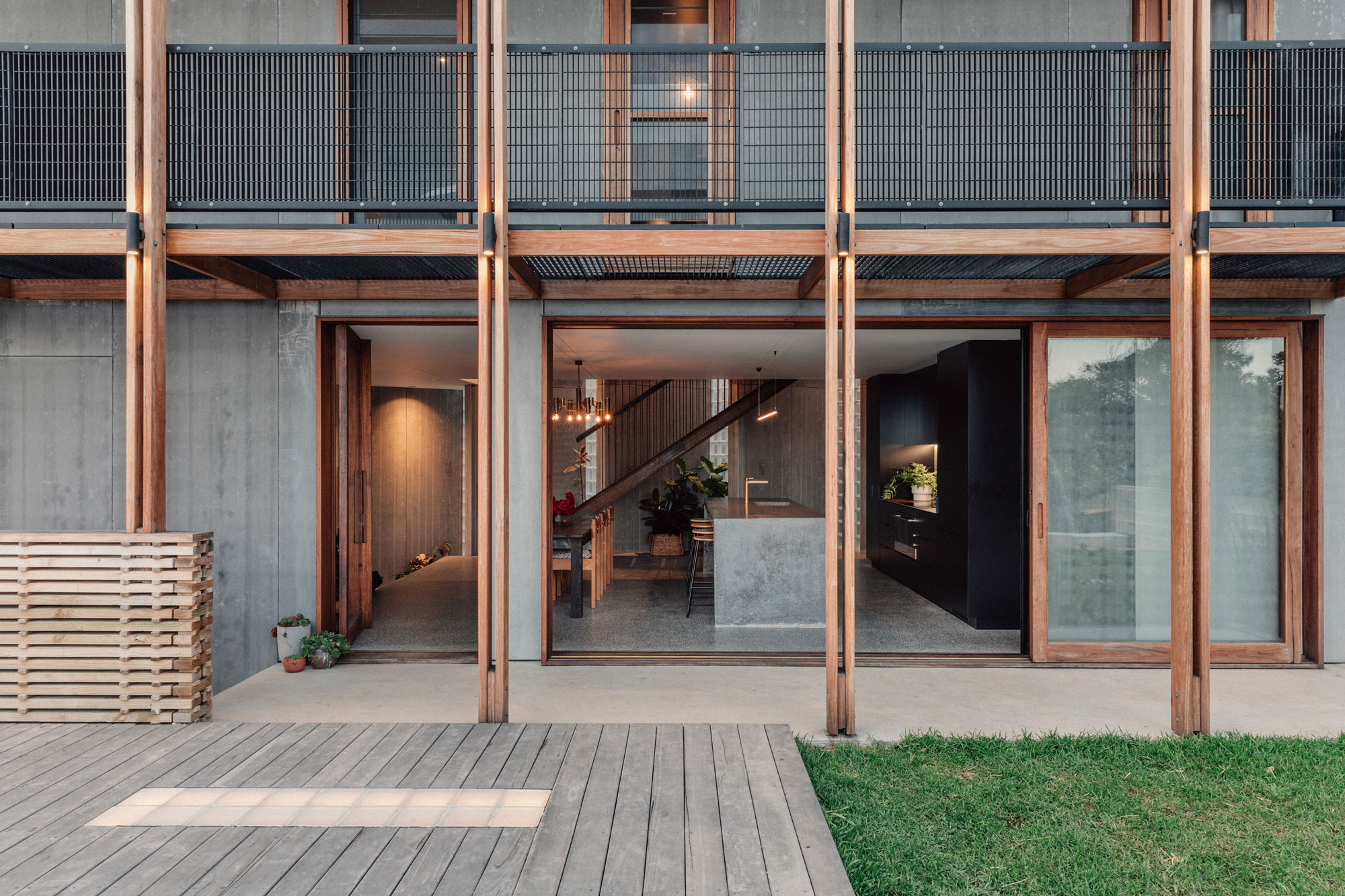 The building utilises solar passive design principles to shade the house in summer and maximise green space through the use of vertical facades and boundary walls designed to support climbing plants.

The west facade has strong vertical blades, cranked to the north to collect sun and protect from afternoon heat, while the east facade guides views and filters light through a transparent, planted verandah, which focuses attention on the changing light throughout the day. 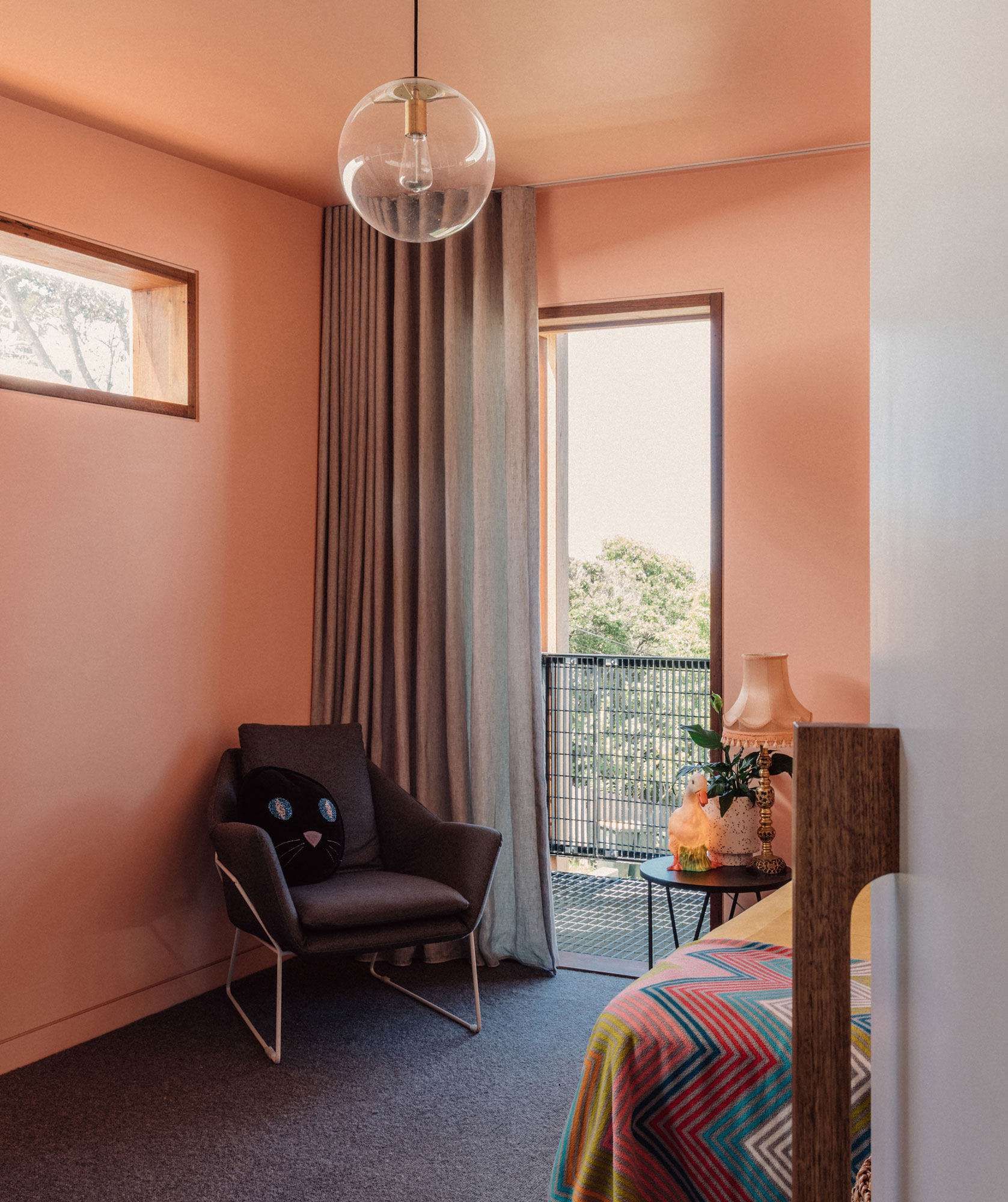 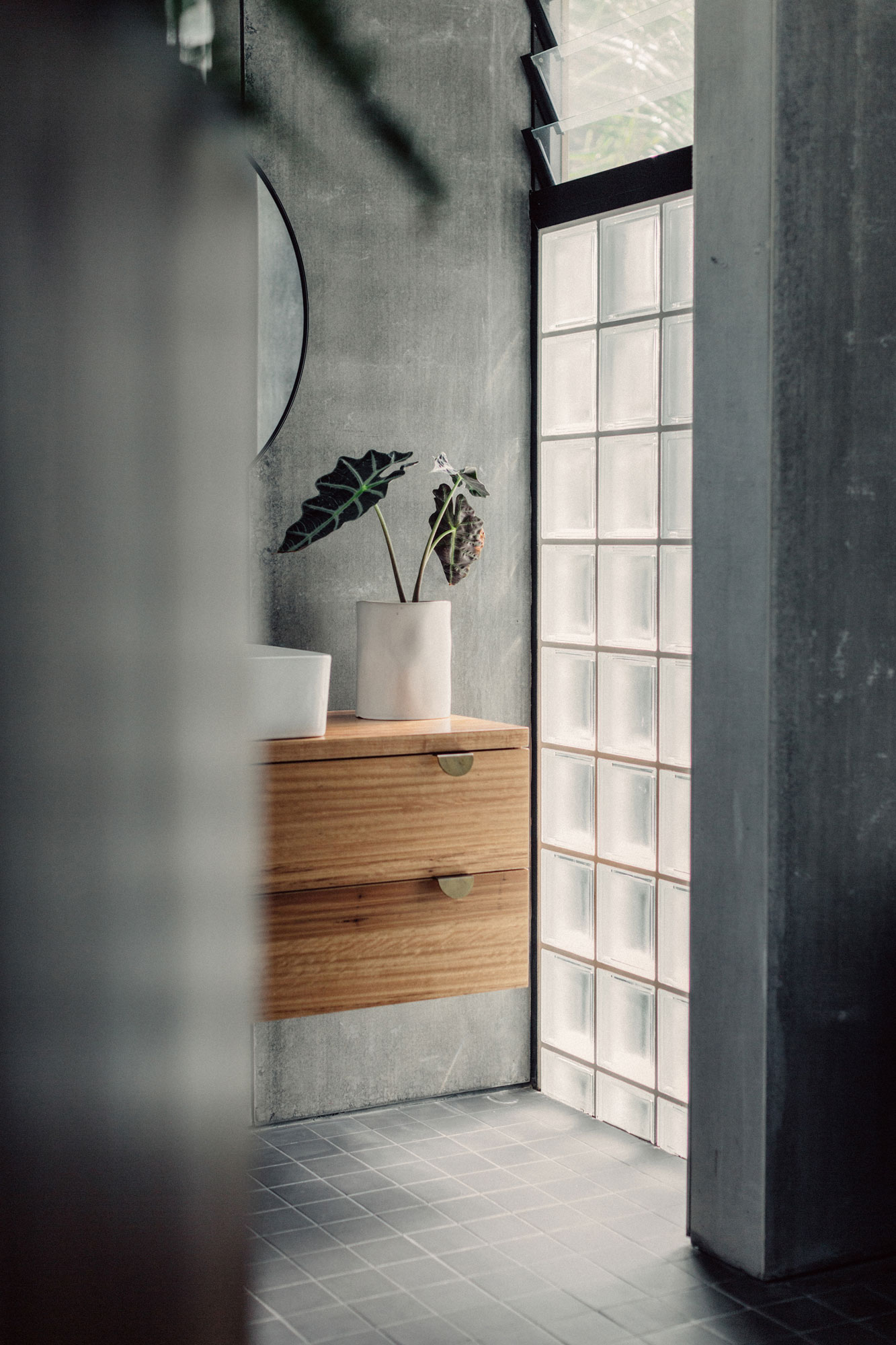 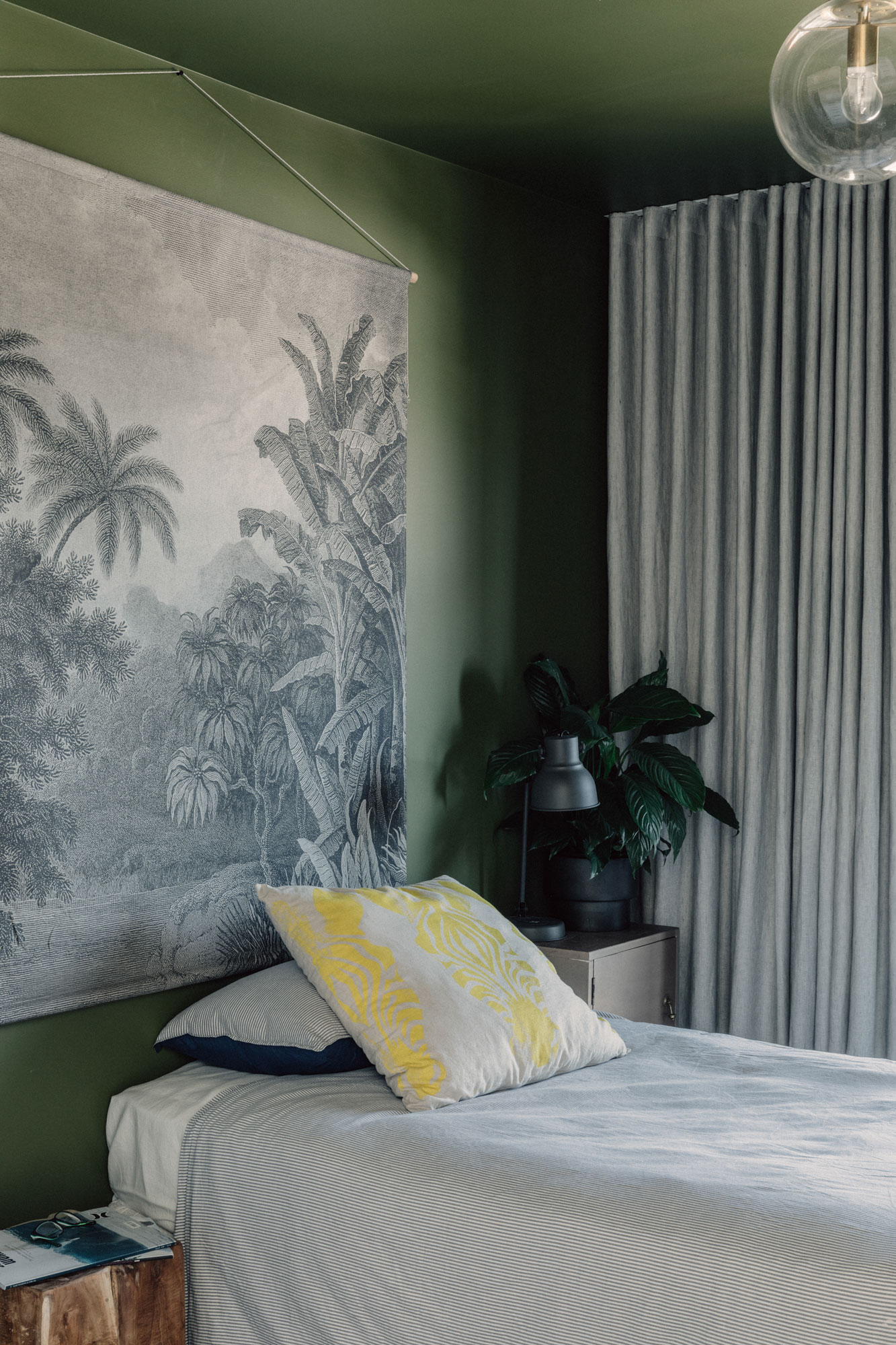 The project demonstrates how a dual occupancy development can relate intimately to its street and landscape location, while providing amenity and privacy for both dwellings. From the street, the secondary dwelling is articulated as a separate volume from the home to break down scale and enable it to stand on its own.

Blade House was shortlised for the 2019 Houses Awards.