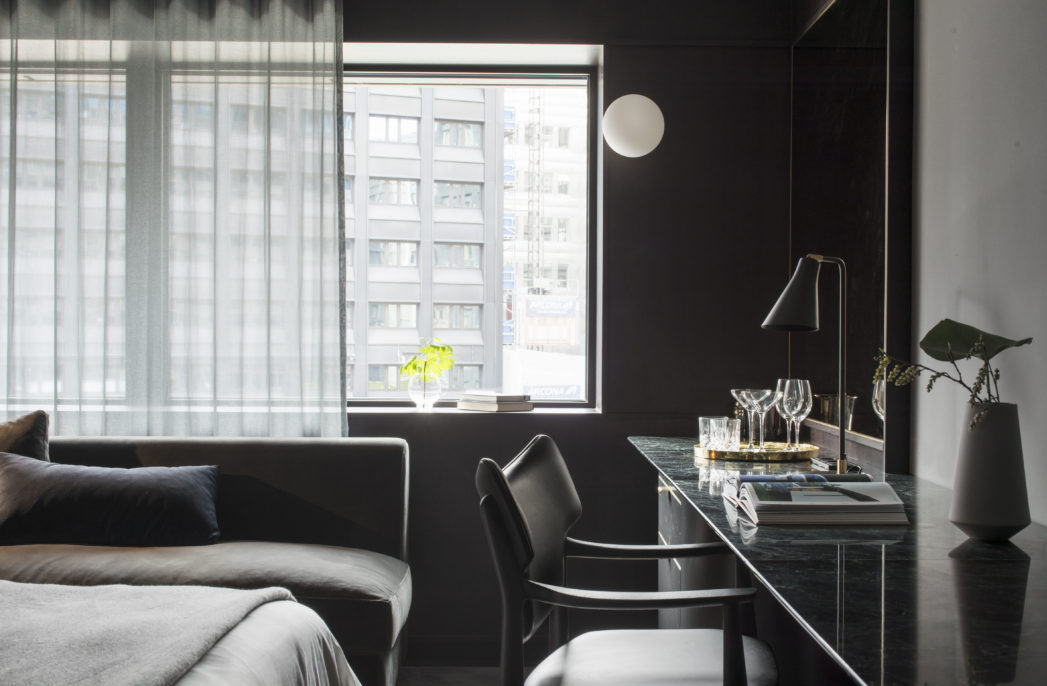 At Six, a brutalist high-rise structure, was originally designed in the 1970s by Swedish architects Boijsen and Efervgren. Originally built as a hotel, the building functioned ultimately as the headquarters of Swedbank, never fulfilling its original intent. This is one of four of buildings that occupy the square, each built during a government initiative aimed at replacing much of the city centre’s belle époque grandeur with brutal modernity. 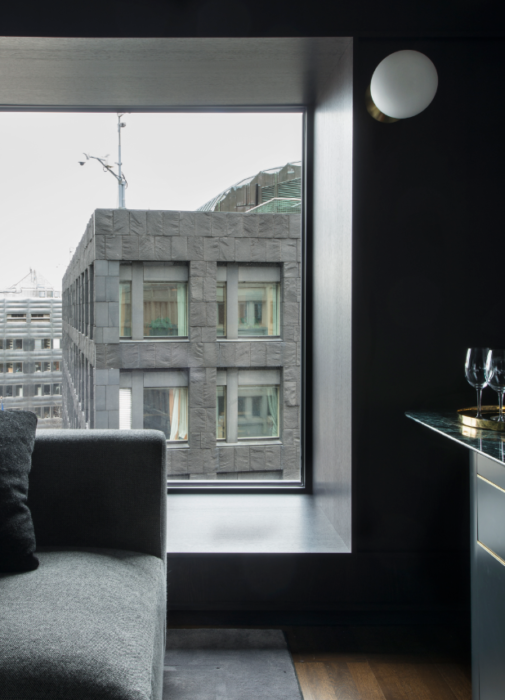 As part of a wider regeneration programme, Brunkebergstorg Square will return to its place as one of the city’s vibrant, social hubs as it was in the late in the 19th century. This effort will centre around At Six.

Universal Design Studio has taken care to reinterpret the brutalist aesthetic of the building and the immediate architectural landscape of the square through a complete interior renovation and the design of a new entrance façade. 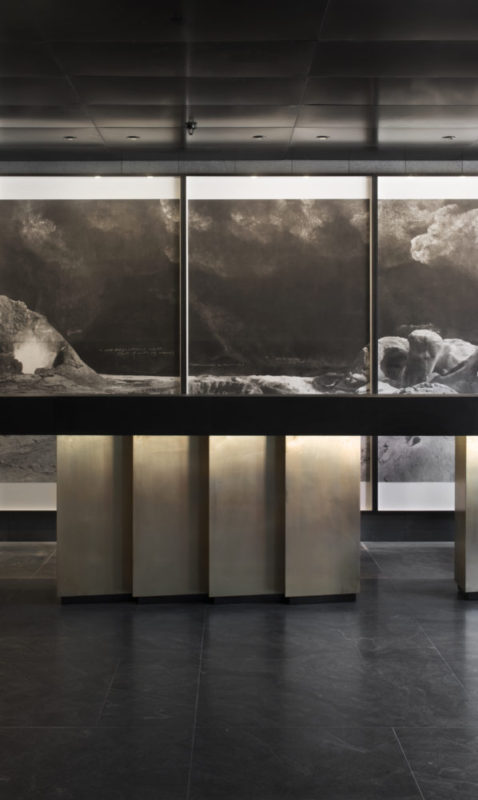 Universal’s approach was to bring the best of both international and local to Stockholm. A fine selection of contemporary and classic furniture pieces is complemented by bespoke pieces by local makers and established Scandinavian designers who were commissioned directly for the project. Custom lighting by Rubn features in each room, while local glassmaker Carina Seth Anderson was commissioned to create handmade glass pieces for the public areas and a local saddle maker hand-wrapped the Swedish leather handrail for the white granite grand staircase in the lobby. In the wine bar sits a communal table carved from a single Swedish elm trunk by local artist Lies-Marie Hoffman. 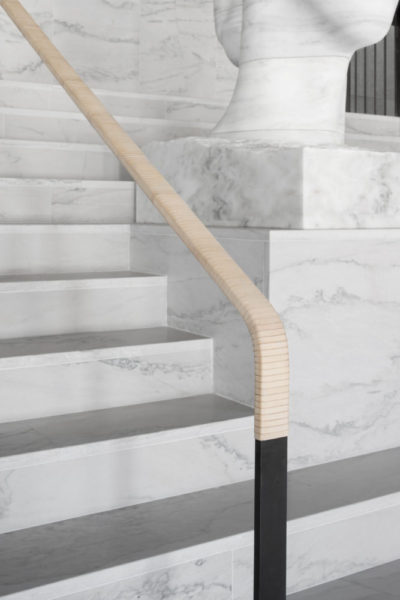 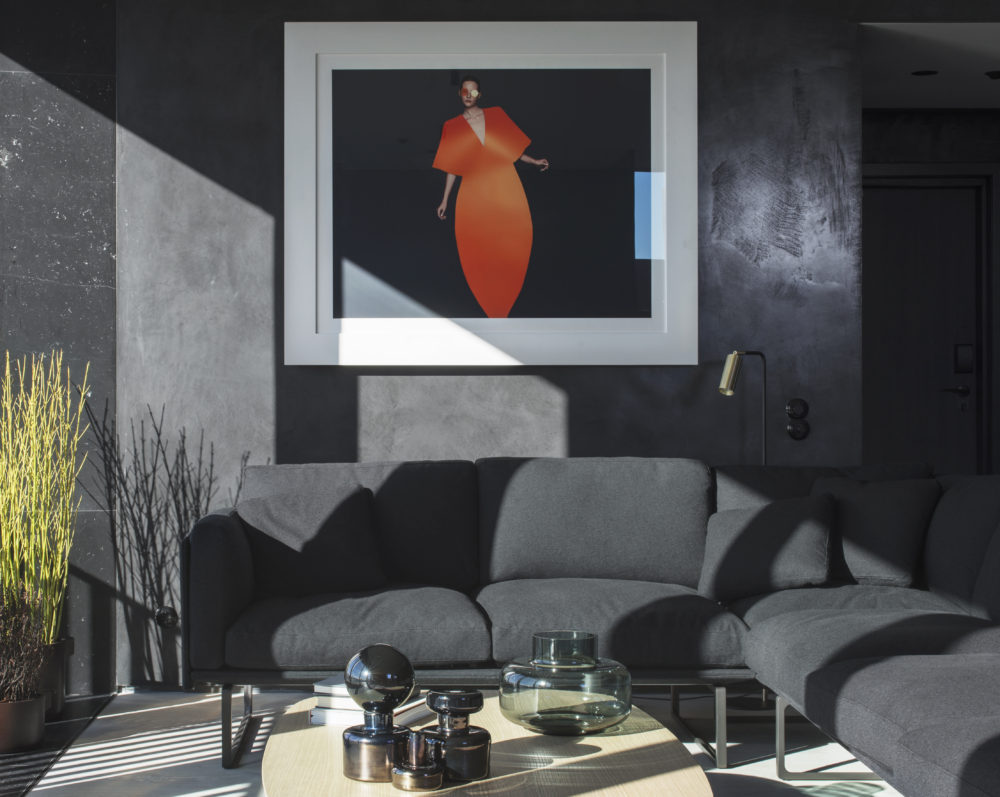 A palette of sawn stone, blackened steel, fine timber and polished granite lends a sense of permanence and authenticity to At Six’s new interior. Moving away from the uncompromising and unforgiving aesthetic characteristics often associated with the brutalism, Universal’s brief was to create a desirable, fashionable destination. Universal’s design is focused on humanising the architecture, bringing a sense of desirability and luxury to a brutalist building not often associated with these traits, turning the hotel into a contemporary version of a metropolitan grand hotel. 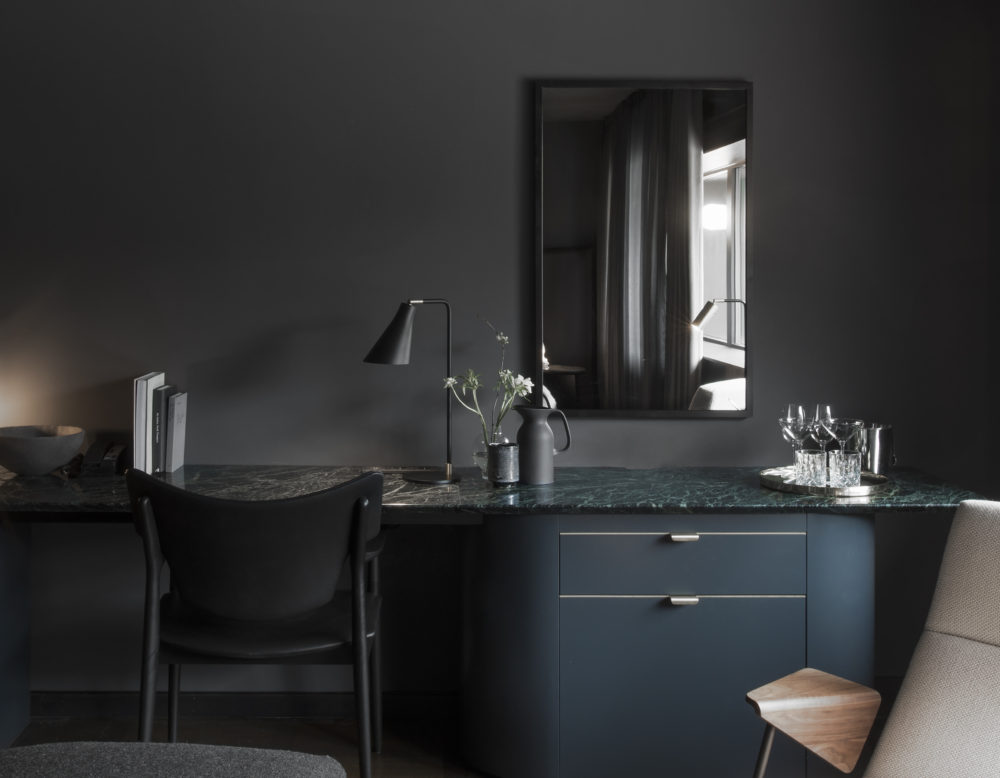 To do so, the studio started with the architectural context of the square. Warm greys and highly textured natural materials are contrasted with soft furnishings and classic furniture editions presenting a theme of juxtaposition throughout. Light against dark, fineness against mass.

This plays out across the public floors and into the guest rooms where custom furniture and bespoke lighting meets mirror and timber wall panelling and marble credenzas that run the full length of each room. 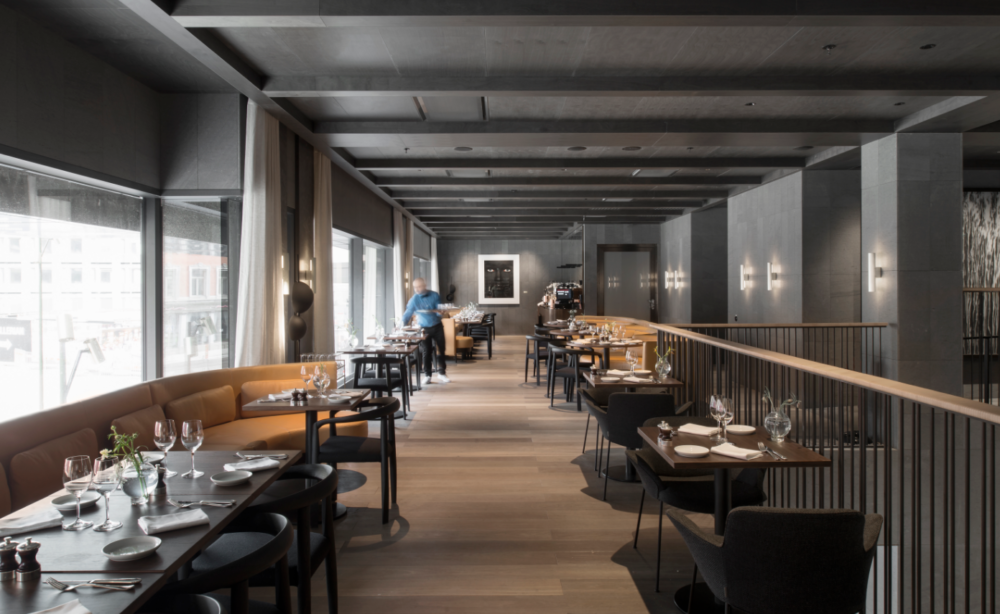