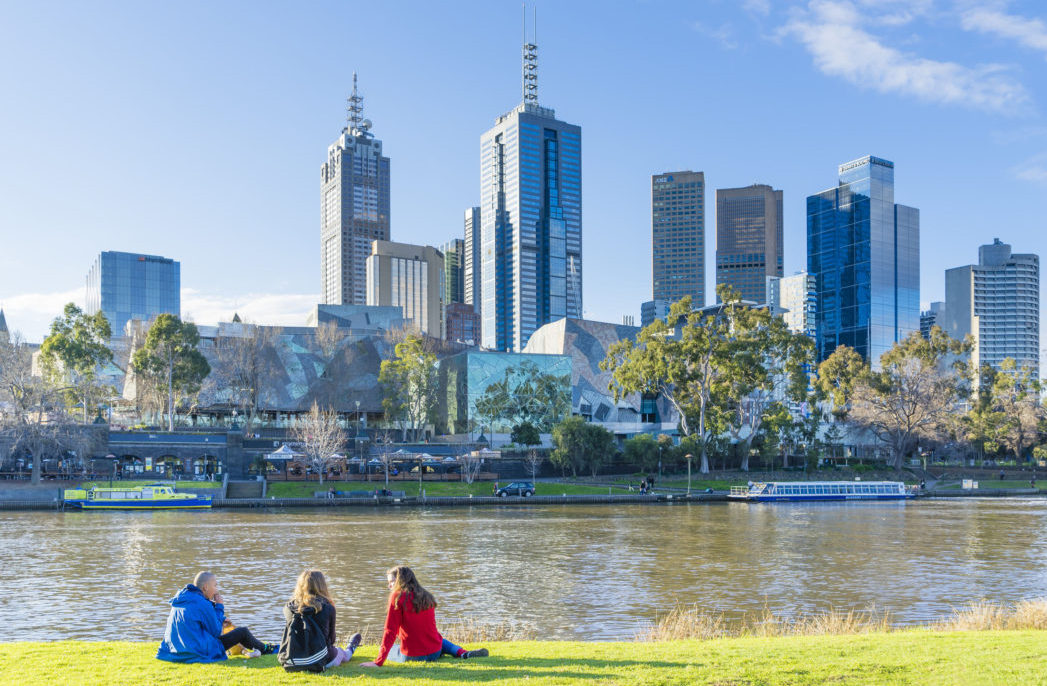 Last month, HASSELL launched Urban Futures – a thought-provoking program and blog which features research and new ideas in both the local and international architectural sphere.

Adam  Scott, founder and creative director at FreeState, which last year merged with HASSELL, talks to ADR about his latest research piece for the program. In ‘De-smarting the city‘, Scott asks, “Have we reached the ‘smart’ tipping point? The rationale of the ‘smart’ as a means for improving, designing and building our cities has reached a tipping point of acceptability.

“Unfortunately, as enamoured as we are by our technological prowess, we are in danger of losing sight of what cities are all about: the experiences of people being people.”

ADR: In ‘De-smarting the city‘, you talk about Songdo in South Korea, a “clean, super-connected city that… is the result of a fundamental misunderstanding of what it takes for a city to be a city”; it has forgotten the human element. What are the main problems with a city like Songdo?

Adam Scott: Cities like Songdo haven’t been designed in terms of creating feelings of attraction, involvement and belonging. It is a city that’s seduced by the idea of technological prowess and infrastructure being the answer to every problem… And it is forgotten that the key drivers of why we want to take part in a new place or live, work or play somewhere is because of the quality of the experience, not the quality of the enabling technology. The reason the streets in Songdo are so empty is not because the traffic is managed so elegantly, it’s because people are unable to connect personally with the city.

How can a city be made more human? Aside from speaking to the people, are there any universal elements that can assist in planning/developing a human city?

We believe that whether you are designing a coffee shop, a workplace or a new city you need to first understand what the ideal experience should be before working out what the ideal environment should be. As such, a deep understanding of the behavioural drivers as much as the demographic drivers and the psychographic cues around our interests, needs and ambitions is what will create a ‘sense of relevancy’ that we believe is much more important that a ‘sense of place’.

Do you think upcoming Australian cities are in danger of heading in a direction towards that of Songdo?

I think across the world, whether in Australia, Shenzhen or Songdo, city makers are in danger of fetishising the power of technology and infrastructure to create the most efficient and effective human service environments, ultimately losing sight of what cities are all about: the experiences of people being people. As Rachel Keeton says in her book, When Smart Cities are Stupid, “A truly smart city addresses not only every level of society, but also the parts of the city that defy definition. It leaves room for spontaneity, flexibility and grassroots initiatives. It welcomes diversity and embraces transparency rather than control.” City makers would do well to remember this to avoid heading in a sanitised city direction.

What, do you think, is the current state of planning/designing in Australia, in terms of human and smart cities?

I was recently at the Cities 4.0 conference in Melbourne and there was a really exciting and inspiring debate around the future of cities, particularly the opportunity for Australian cities. However, as with the debate all around the world, the hierarchy is dominated by enabling technologies rather than a more media neutral approach to creating better experiences. That said, walking around the laneways of Melbourne or spending evenings in some of the rooftop bars, there is a huge amount to be proud of in terms of this great ‘experience city’.

In your piece, you discuss the story of Argent St. George, the lead developer of King’s Cross Central, whose chief executive Roger Madelin met “7,500 people at 353 different meetings, to which he travelled on his bicycle” to discuss their wants and needs, all before making any planning decisions. What do you think Australian planners most need to learn from this?

Well, first of all, they should just call it ‘Argent’. I think that there are four stages to learn from in this case:

1. Imagine the human centred story –
This stage sets the tone and direction. It is a translation and adoption of a corporate vision. The vision aligns the disparate audiences and is founded on a deep understanding of the target audience’s behaviours in order to identify ideal activation opportunities and create design briefs to inform the design stages.

2. Design the narrative experiences –
This stage applies ‘experience thinking’ to the agreed activation opportunities defined by the briefs from the vision stage. From here, design the solution, taking into account how the ideal experience is often a combination of humanware, software and hardware.

3. Direct the experience place –
This stage reaches across all departments to ensure the ideal audience experience is paramount in all moves throughout the design and delivery process, ensuring successful design delivery of experiential concepts.

4. Manage the ongoing reality –
This stage ensures that the ideal experience aspirations found in the vision are an ongoing operational reality everywhere and all of the time.

Are there any places in Australia that you find have had a similar design outcome/approach to King’s Cross Central?

The sensitivity of Melbourne planners in terms of how they have developed the laneways – allowing for spontaneity and flexibility in the planning and curation of those areas – is absolutely inspiring and cities all over the world could learn from this.

Interestingly, I was recently very struck by a development I visited in Sydney, which has learnt greatly from the Melbourne approach. Kensington Street in Chippendale, developed by Green Cliff, has an incredibly strong narrative vision activated behind it which is then beautifully enabled by all the elements of place, whether the restoration of the old or the development of the new to the choice of restaurants or the experience management across the site – the experience is paramount in all touch points.

Do you think that often town planners/architects can only focus on one main outcome – community, technology or architectural prowess – and struggle to combine the three (or even two)? If so, why do you think this is?

I’m rather fond of the old saying that if you have a hammer everything looks like a nail. The problem for city makers is that often no matter what the problem they always think the hardware of place will be the solution and as a result the conclusions are often highly monolithic because the teams are so siloed and so the process is anti-agile.

FreeState believes in founding the whole process on a human centred vision that lives or dies by whether you attract, involve and create a sense of belonging (the same process Apple has used to become leaders in product and service design and MIT has used to become leaders in innovation clusters). As such, all your subsequent decisions (being media neutral) allow the whole trans-disciplinary design team to be much more judicious about how they best employ all the elements of place at their disposal, ultimately better combining the humanware, the software and the hardware of creating places people love.

Do you think the idea of the smart city is overrated? Or does its problem specifically lie in that it has been separated from humanity?

I don’t believe it’s overrated but I believe it does need to have a supporting rather than a leading role. I think ‘smart’ suggests innovation for innovations sake alone. Perhaps ‘smart’ just needs to know its place – that joyful human experiences come first and ‘smarts’ exist only to enable those experiences. After all, ‘experience cities’ are what people want (Melbourne will always beat Songdo).