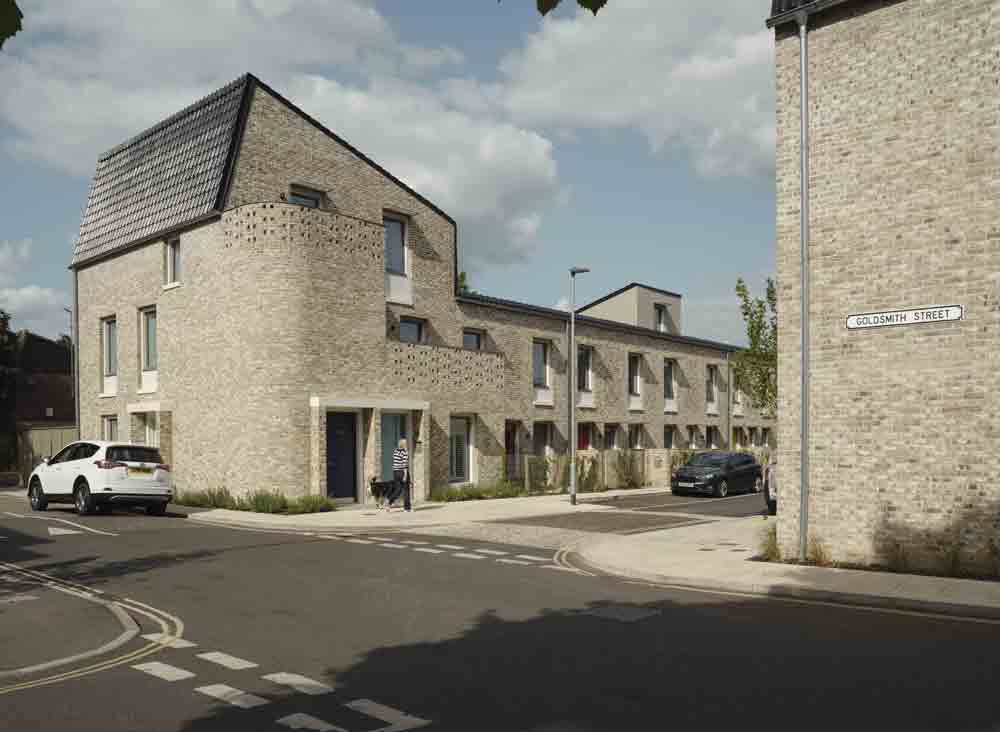 The 2019 RIBA Stirling Prize for Britain’s building of the year has been awarded to a council housing project for the first time in the award’s 20+ year history.

Hailed a “modest masterpiece” by the 2019 Stirling Prize jury, Goldsmith Street is located in Norfolk in the country’s east and was designed by Mikhail Riches Architects with Cathy Hawley. 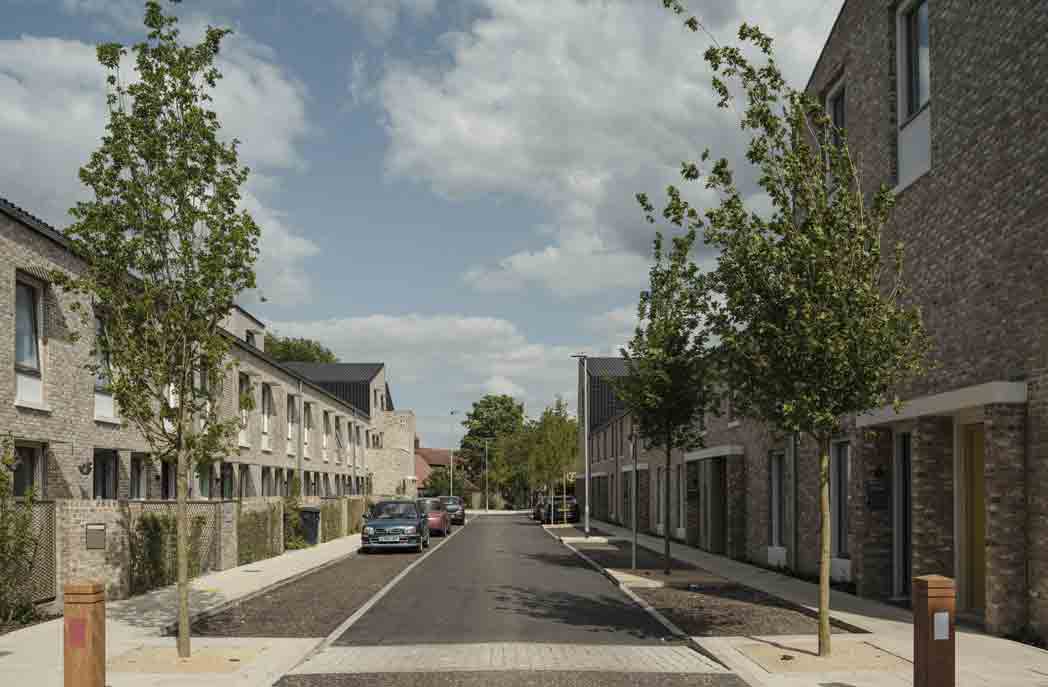 The winning design is a step away from the trend of high-rise social housing and encourages interaction between residents alongside some enviable sustainability credentials.  The seven terrace blocks are arranged into rows of two-storey houses bookended by three-storey flats. Each has its own front door, generous lobby space for prams and bikes, and a private balcony.

The back gardens of the central terraces share a secure ‘ginnel’ (alleyway) for children to play, while a wide landscaped walkway for communal gatherings runs perpendicularly through the middle of the estate. Parking has been pushed to the outer edges of the development to ensure people, not cars, own the streets.

Even the smallest of environmental details were considered by the London-based architects to ensure the housing project met the rigorous ‘Passivhaus’ environmental standards, a remarkable feat for a dense, mass housing development. Its passive solar scheme was designed to minimise fuel bills for residents and annual energy costs are estimated to be 70 per cent cheaper than for the average household. 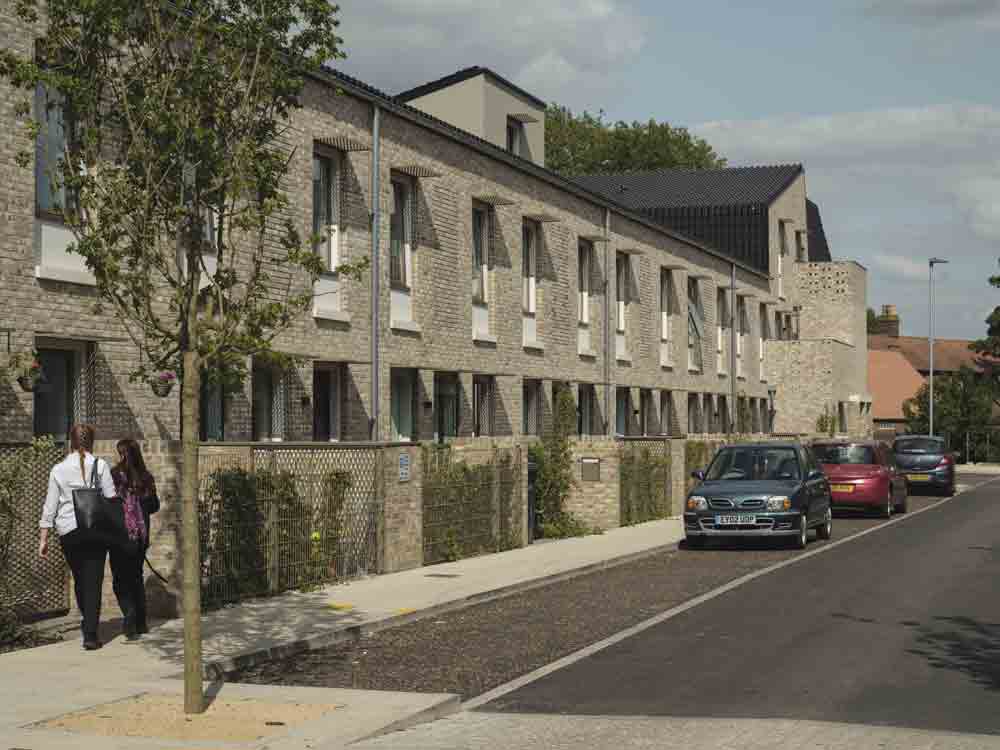 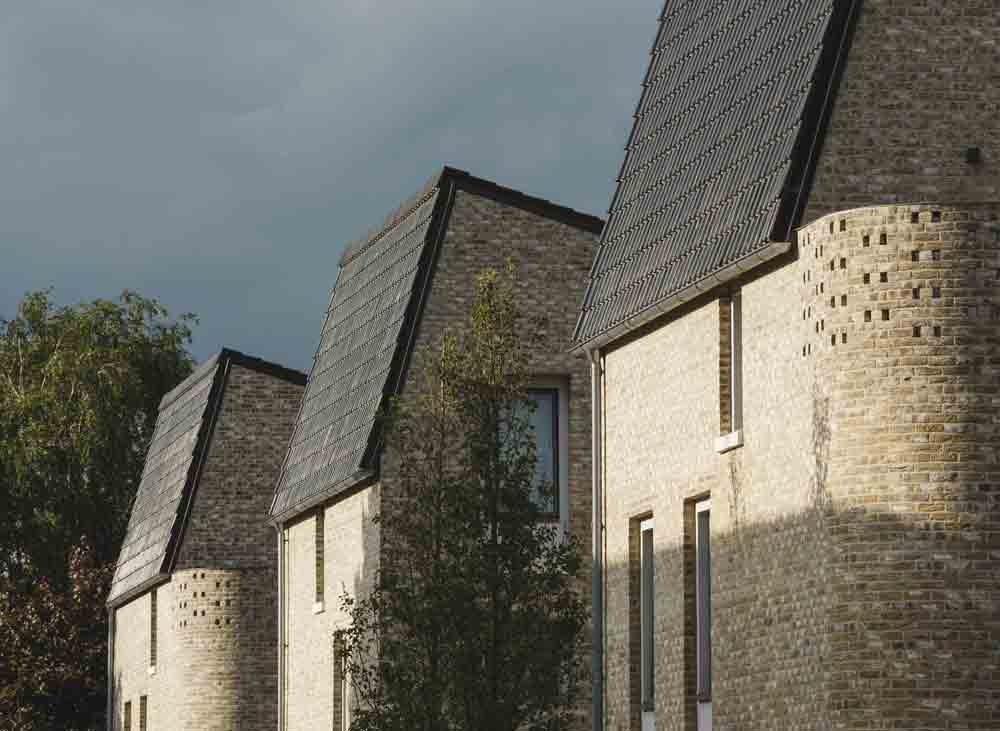 To maximise solar gain, all homes face south and every wall is more 60cm thick. Roofs are angled at 15 degrees to ensure the terraces don’t block sunlight for the home behind it. The letter boxes are built into external porches reduce draughts and perforated aluminium brise-soleils provide sun shades above the windows and doors.

The Stirling Prize jury, chaired by Julia Barfield, described the architecture as high-quality design in its purest most environmentally and socially-conscious form.

“Behind restrained creamy facades are impeccably-detailed, highly sustainable homes, an incredible achievement for a development of this scale. This is proper social housing, over 10 years in the making, delivered by an ambitious and thoughtful council. These desirable, spacious, low-energy properties should be the norm for all council housing,” she says. 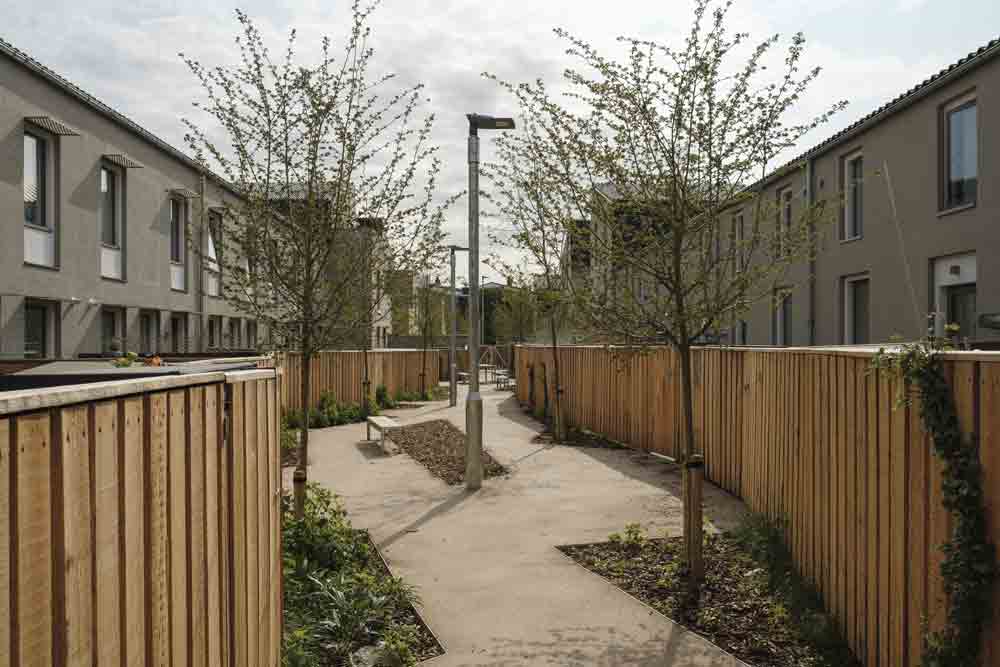 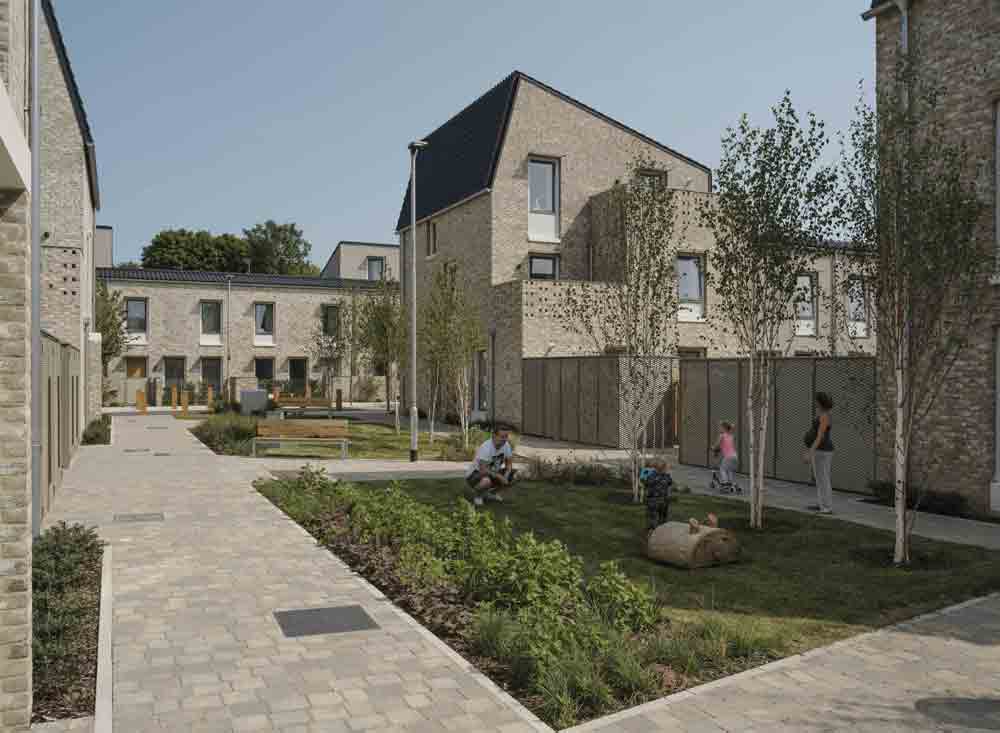 More than a quarter of the site is communal space, which is evidence of the generosity of the scheme. To foster engagement and social cohesion, a lushly-planted communal area runs through the estate providing an inviting place for residents to gather and children to play.

Aesthetically, the palette references Norwich’s history with glossy black roof pantiles, a nod to the city’s Dutch trading links, while the creamy clay bricks mimick the nearby Victorian terraces. To ensure the windows echoed Victorian proportions but also met ‘Passivhaus’ requirements, the architects developed a recessed feature to give the impression of a much larger opening while limiting the amount of glass. Bespoke steel mesh garden gates and brightly coloured front doors give each home a strong sense of individuality and ownership.

Since accepting the prize, Mikhail Riches has announced he will now only work on zero-carbon projects. The studio, which is based in Clerkenwell in London and employs 20 people, will try to meet the standards set by Architects Declare, an initiative launched in May by previous Stirling Prize winners. It calls on the architecture industry to shift behaviours to tackle climate change.

The 11 principles vary from upgrading existing buildings as a more carbon-efficient alternative to demolition, carrying out whole-life carbon modelling and post-occupancy evaluation, and designing regenerative buildings that take carbon out of the atmosphere.