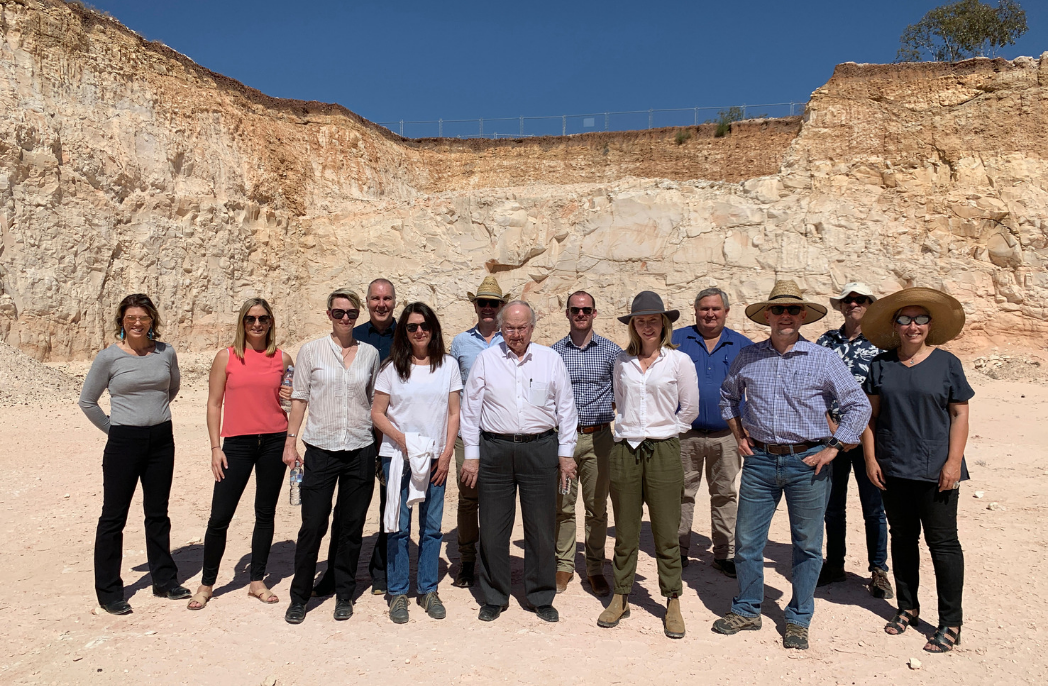 The new Australian Opal Centre (AOC) will be a world centre for opal-related education and training, certification, scientific research, art and culture. The long-anticipated off-grid building, designed by renowned Australian architects Wendy Lewin and Glenn Murcutt AO, is expected to attract visitors from across Australia and around the world, and provide a new model for sustainable building design in semi-arid Australia.

Pritzker prize-winning architect Murcutt says he is delighted with the appointment, which comes after the March 2019 announcement of $20 million* in funding for Stage 1 of the project. “Our vision is coming to life. We look forward to working with Root Partnerships and our client to deliver the new Australian Opal Centre,” says Murcutt.

Australian Opal Centre infrastructure adviser, Darren Naumann AM, says the appointment is a significant milestone for the project. “Appointing a project manager to guide the development and delivery of this facility is a major tangible step in a journey of more than a decade, driven by a tenacious grassroots AOC team.”

Root Partnerships specialises in projects of functional and stakeholder complexity, intense community focus, world class design aspirations and fitouts with high educational and cultural aspirations – all hallmarks of the new Australian Opal Centre. “We are extremely excited to win this project and look forward to working with the team at the Australian Opal Centre and esteemed architects Wendy Lewin and Glenn Murcutt,” says Root Partnerships director Chris Crick.

“A project like this doesn’t come along very often – it is a great example of a place-making enabler, providing significant benefit to the local community and expanding the reach of specialist fields such as the opal industry. The AOC has worked tirelessly over the last 15 years to raise the necessary funds and we are thrilled to be partnering with it now to bring this project to fruition.”

The Australian Opal Centre is expected to inject over $90 million and more than 300 jobs into the New South Wales economy during construction and up to $50 million per year thereafter, providing a catalyst for renewed economic and cultural vitality throughout western New South Wales. It will position the region as the world’s leading source of opal-related expertise, generate employment and by diversifying economic activity, buffer against impacts of drought and market conditions.

Fundraising for the final stage of the Australian Opal Centre is underway, spearheaded by the AOC Founders Campaign, which raised $1 million from community and industry supporters for Stage 1 of the development.

To find out more about the AOC project, visit www.australianopalcentre.com.