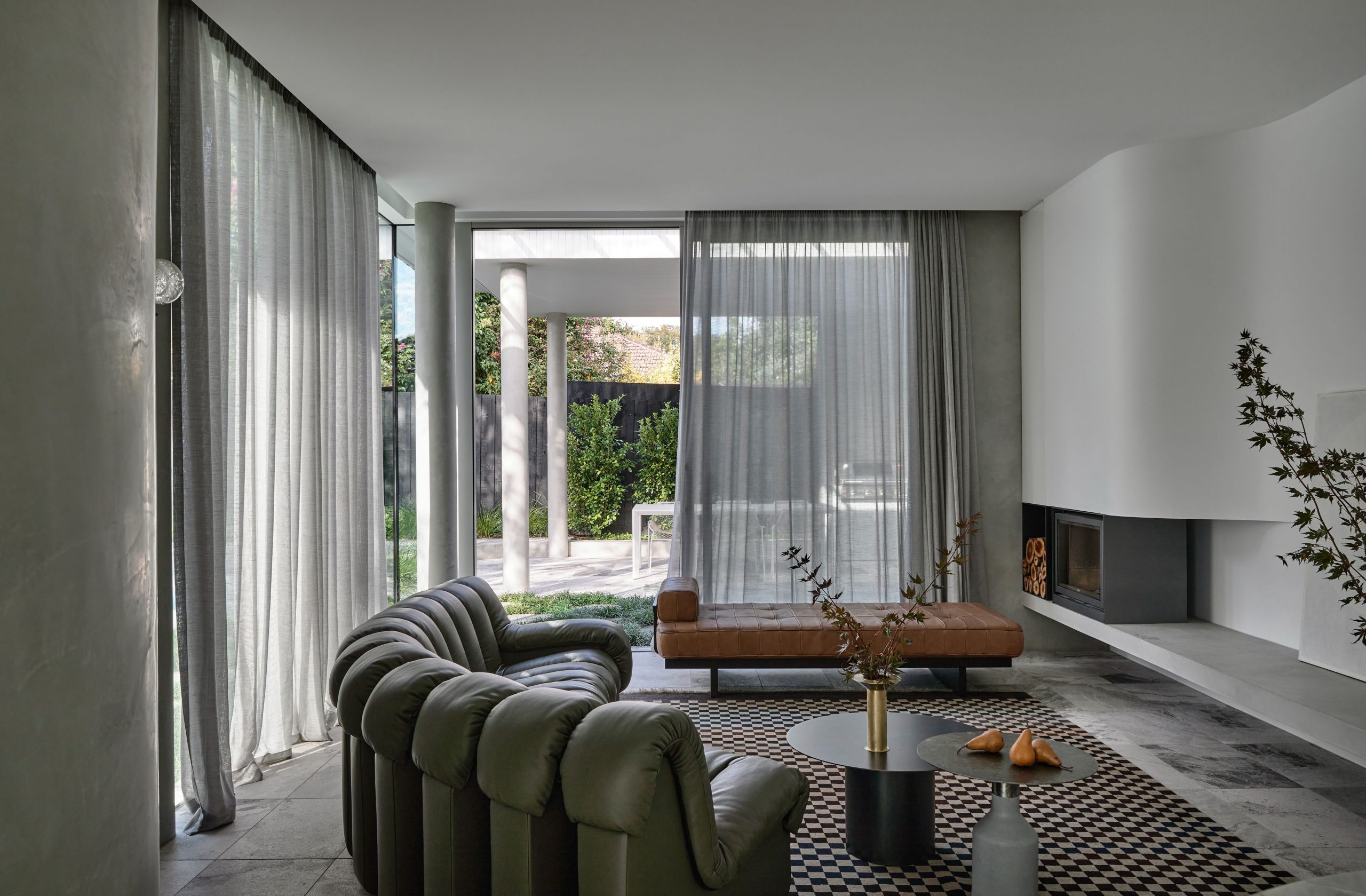 Given full creative rein to modernise an unrenovated period home in the leafy Melbourne suburb of Glen Iris, Luke Fry relied on simple forms and a pared-back aesthetic.

The period home belongs to a retired couple who previously downsized to a large penthouse when their adult children left home. After becoming grandparents, they wished to return to a generously sized home with a pool and backyard where their grandchildren could play and their kids could come and go as they pleased.

The brief required sensitivity to the ease and comfort of their daily lives whilst considering the intermittent activity of visitors. The result is an adaptable home primed for both.

Tucked behind the existing building, the home’s modernisation responds to its context through a “connecting glass link”, says Fry.

“This allows both the period home and the new pavilion to co-exist respectfully on the same site.

“The Pavilion hugs the southern boundary, which maximises the northern light into the home and landscaped areas, including the pool.”

Glen Iris is a demonstration of the studio’s approach for edited spaces featuring simple forms, while the rear pavilion curves were influenced by the existing arches at the front of the home.

Moving throughout the home, the green kitchen and carpet were steered by the client’s preference to incorporate colour.

“My favourite element of the project is the curved concrete rendered walls of the pavilion, and in particular the bullnose rounded corners, which gives an incredibly soft language to the otherwise solid construction.”

Preserving all the best bits of the original space and adding some more unique character, the Glen Iris home counterbalances itself for fun and retreat.

Luke Fry Architecture and Interior Design was founded in 2014 with a view to creating design-led properties that are refined, sophisticated, purposeful and relevant. Based in Melbourne, the studio specialises in new residential homes, heritage renovations, interior design and small-scale boutique developments with a focus on simple yet strong materials.

Earlier this month, Fry announced he will expand his design practice with the upcoming launch of his Mansfield studio.