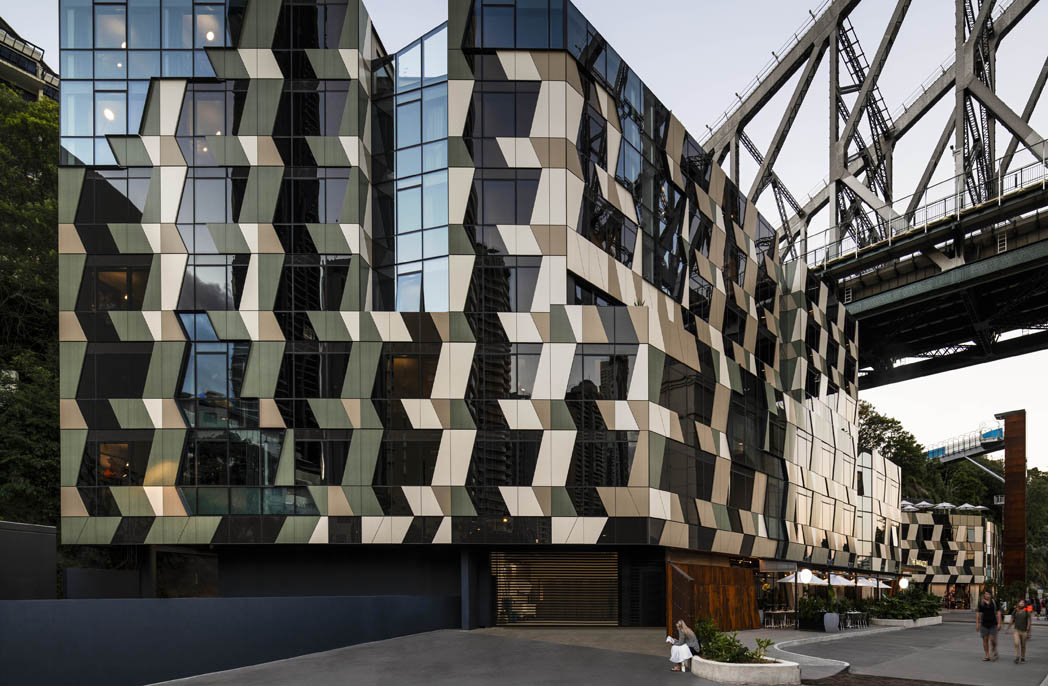 The Fantauzzo, Brisbane’s new $100 million flagship Art Series Hotel created by SJB,  has been designed to integrate with its natural and built environment.

Part of a plan to reactivate the historic Howard Smith Wharves precinct, the six-storey, 166 room hotel sits beneath Story Bridge. Nestled against a rocky cliff face behind heritage buildings along the waterfront, the hotel sits in close proximity to the Brisbane River.

Building on the cliff-side location, geometric shapes in muted, earthy tones define The Fantauzzo, and the fractal nature of the building’s front elevation creates a camouflage with its surroundings. Tropical landscaping and overhanging vines on the facade also complement the cliff’s natural foliage. 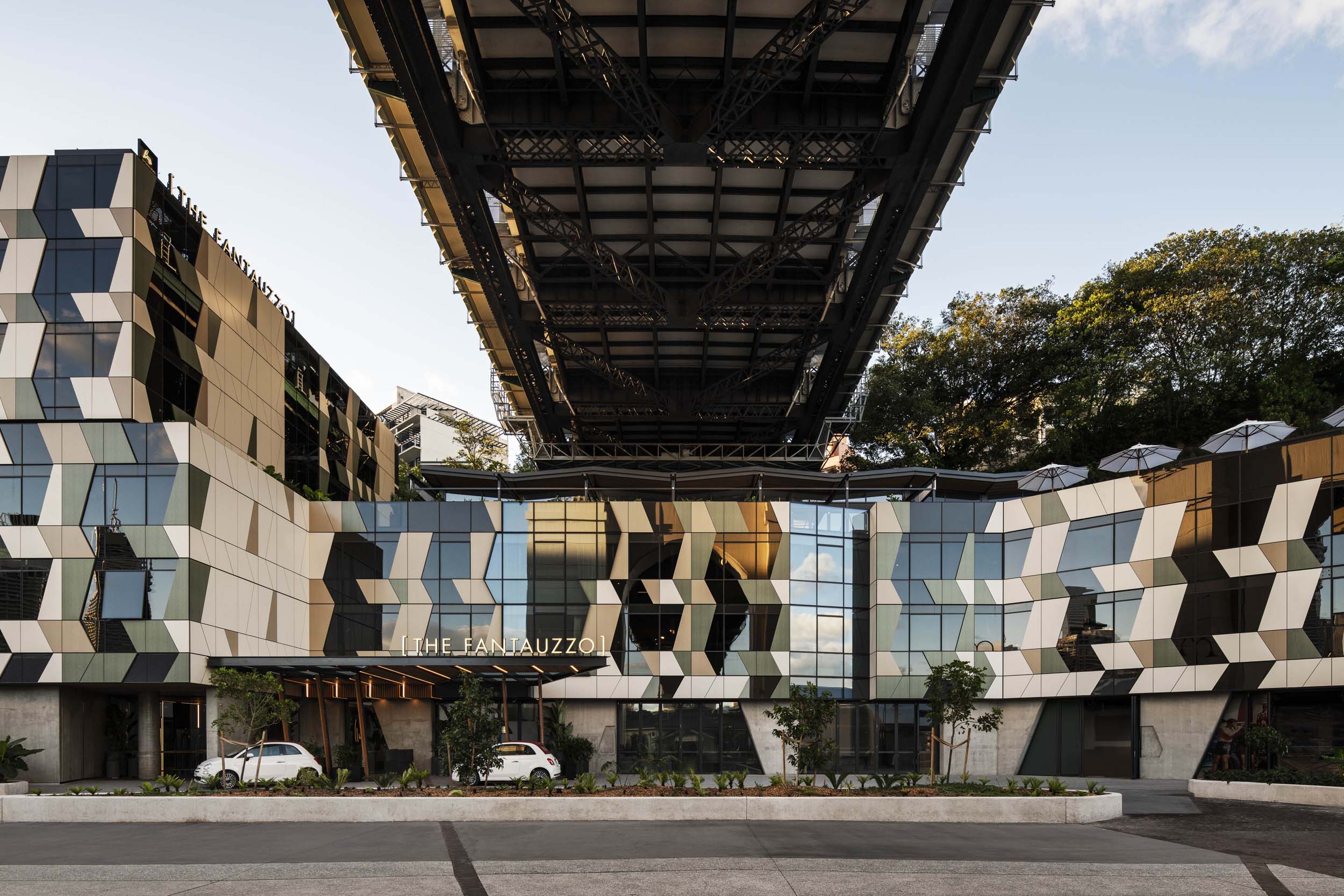 “We wanted to create a building that was almost a non-building,” he says. “This was so the hotel could sit quietly behind the heritage buildings – giving them their moment in the sun – while the tonal qualities of the facade allow it to become part of the cliff face.

“We also took the structural forms from the trusses of the impressive Story Bridge and that’s what informs the diagonal, repeating forms across the facade.”

The area’s heritage wharf buildings show a glimpse of pre-1940 Port of Brisbane, while five air-raid shelters built during World War II are the most intact group of shelters remaining in Brisbane. 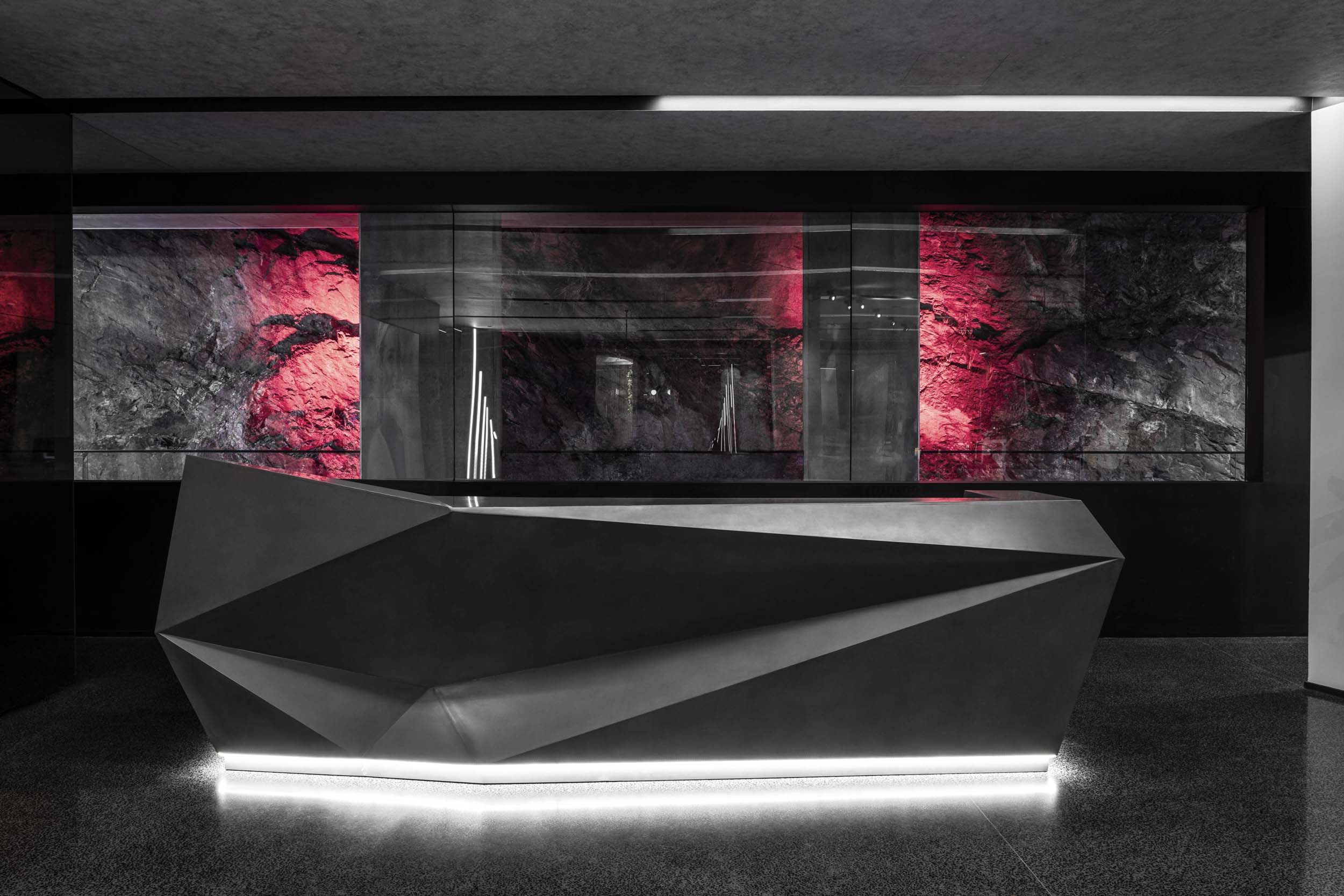 “The Fantauzzo’s key sustainability initiative was how it could contribute to Howard Smith Wharves becoming a vibrant precinct that respects its heritage context and creates a lot more public space for the city of Brisbane. It’s about giving back to the community,” Wong says.

“We wanted to create a sense of coming into a cave and seeing beyond the reception area to the cliff wall,” says Wong. 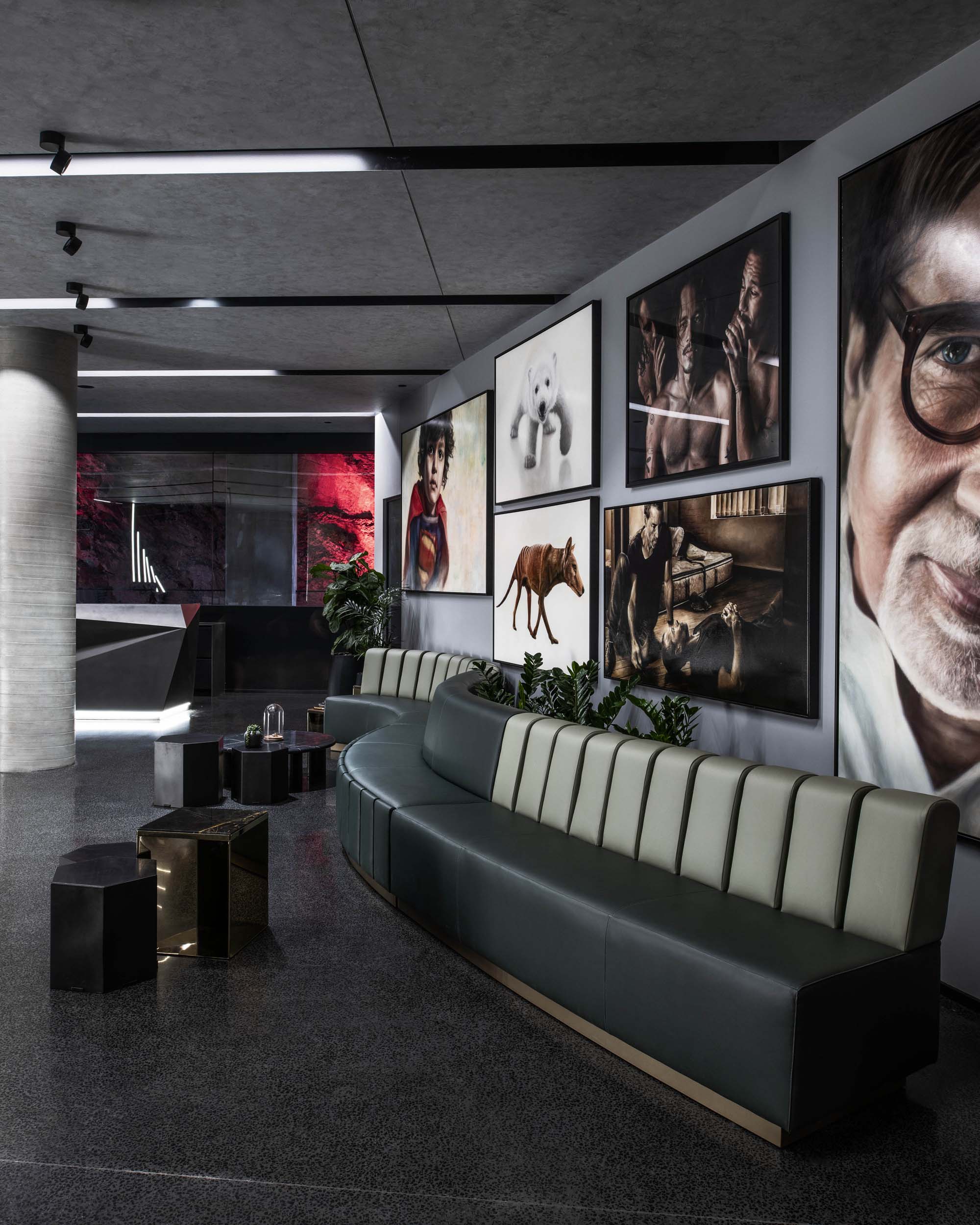 Exposed concrete used for the building’s large structural columns is integrated into the interiors via the walls and ceilings of the hotel rooms, extending the natural feeling of the project.

Throughout the interiors, natural rock and timber take cues from the cliff face and external facade, while sleek and slim designer furniture adds a luxe feeling with the use of
leather and timber echoing the colours of the cliff. 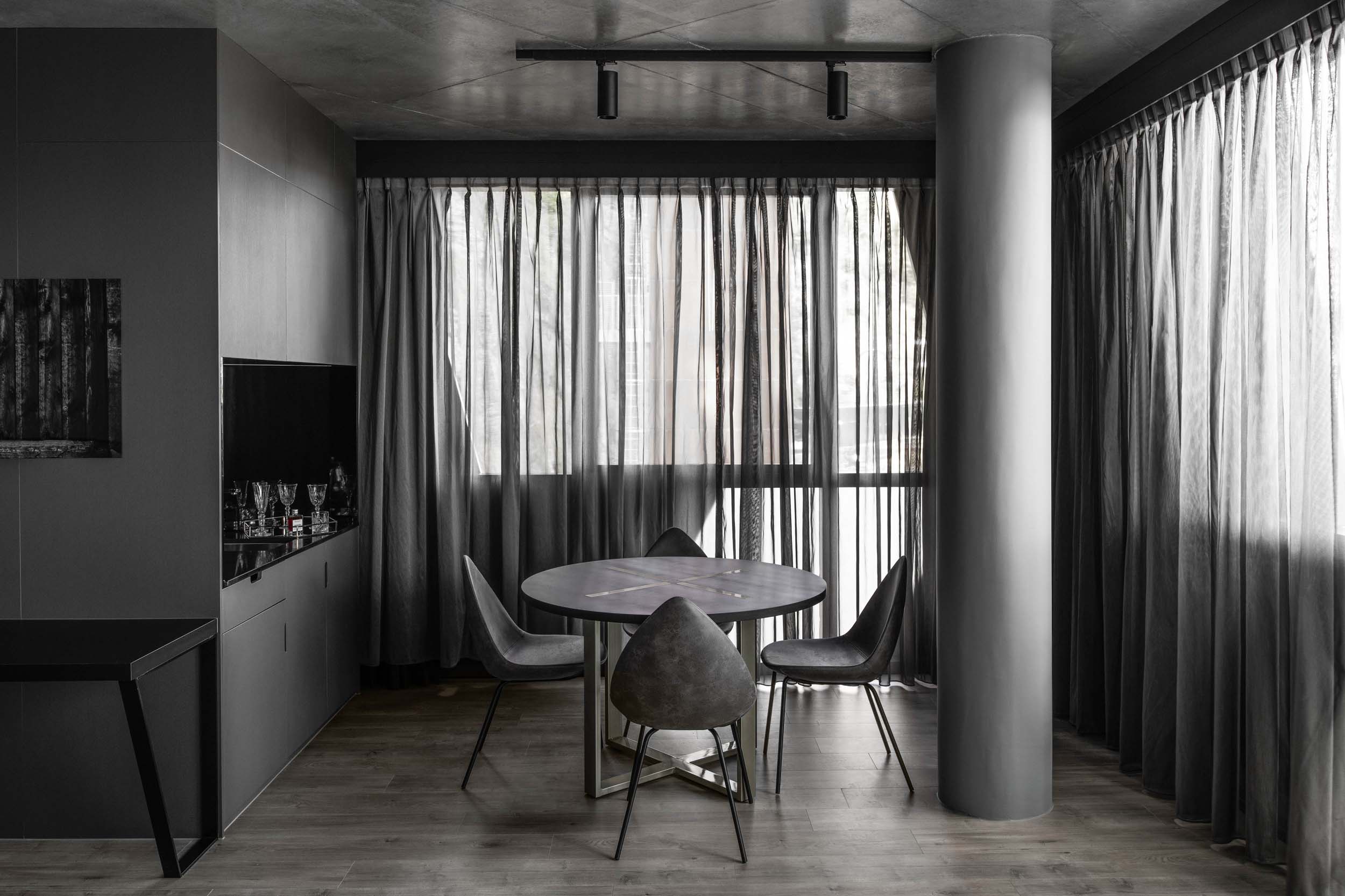 “The toughness of the concrete aesthetic relates back to the industrial nature of the bridge and warehouses and the emerald green touches are a nod to the vegetation on the cliffs,”
says SJB director of interior design Andrew Parr. 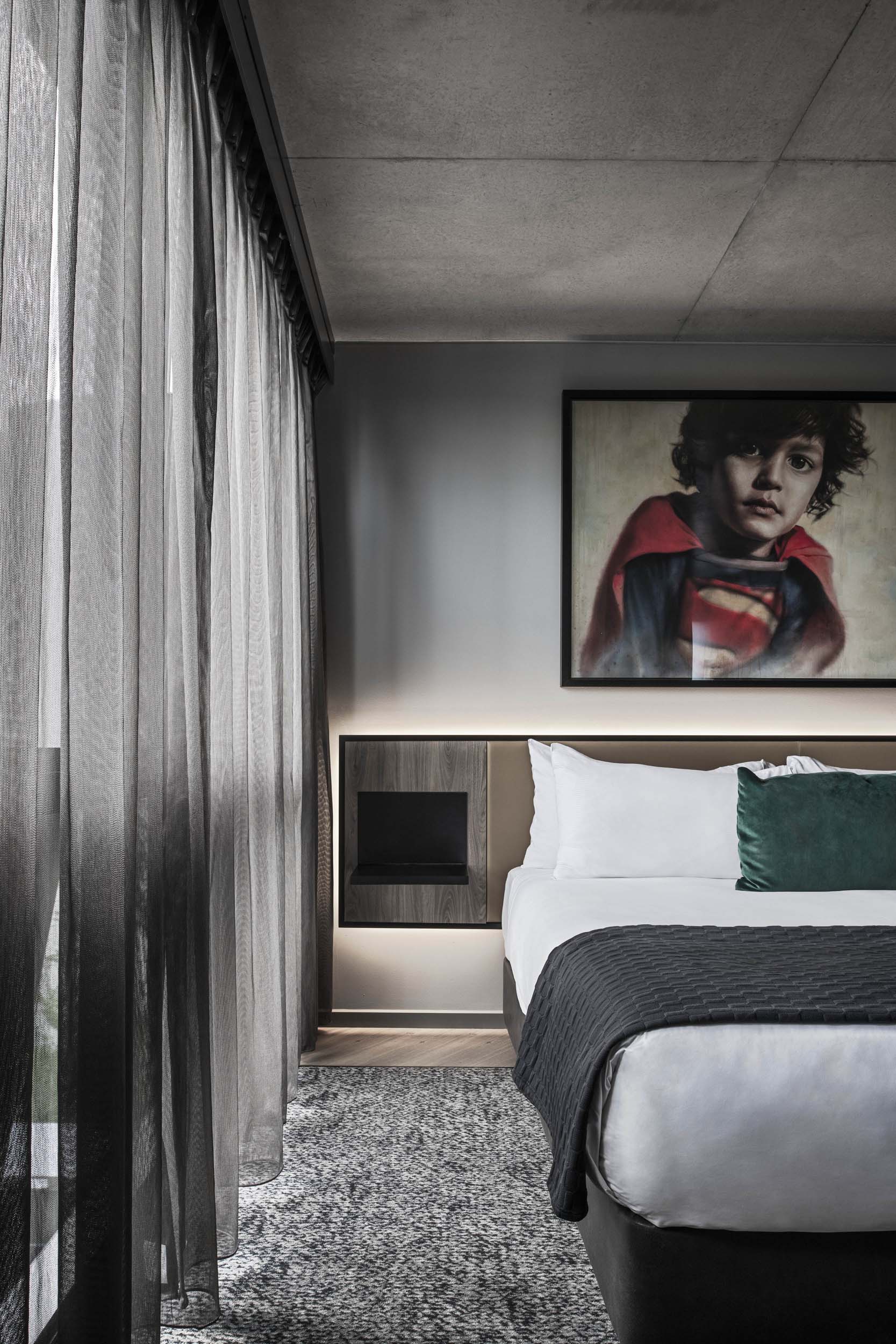 Black terrazzo has been used for the foyer floor and black concrete for its ceiling, both of which help to allow the confronting quality of Fantauzzo’s artwork to come to the fore.