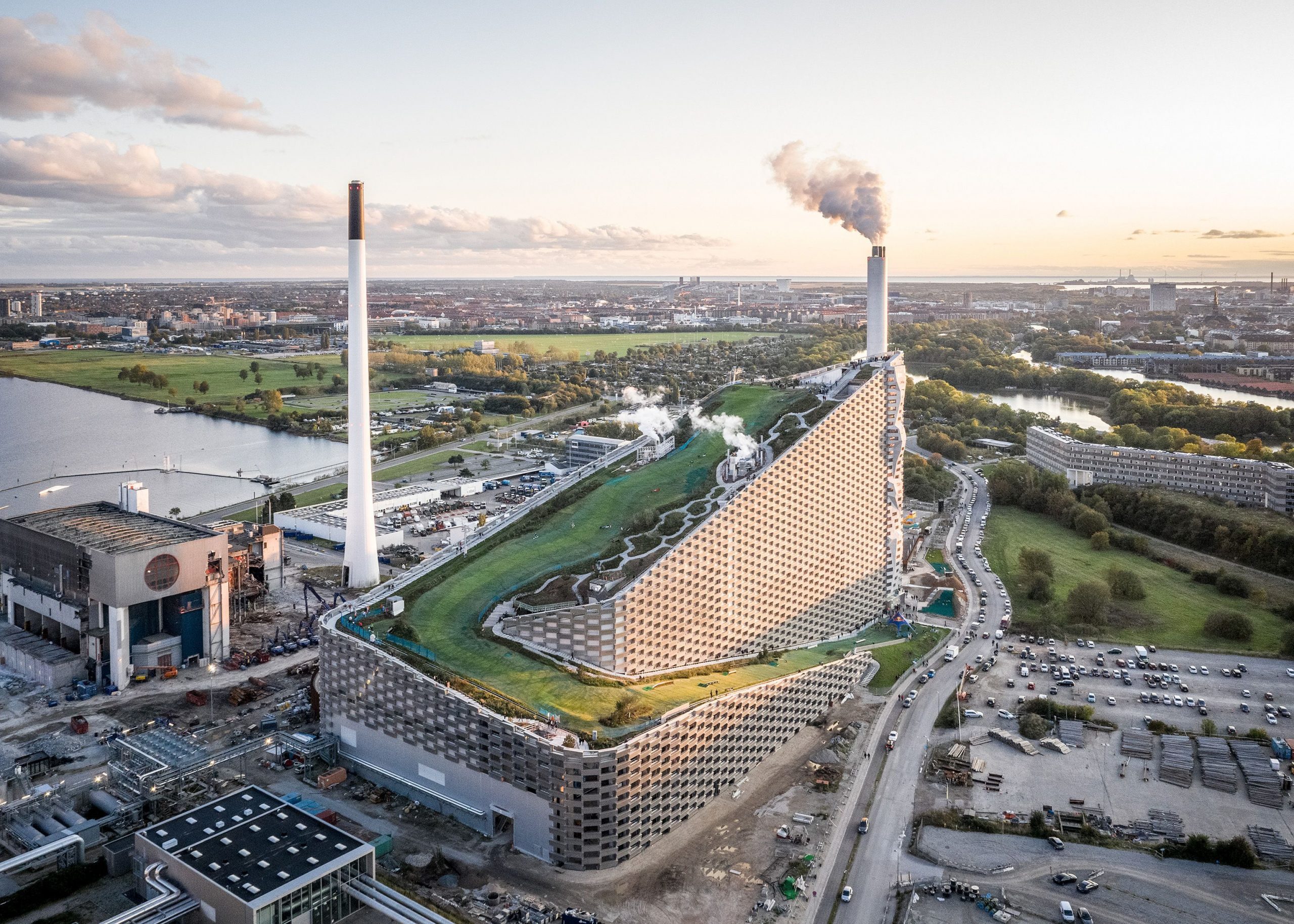 Copenhagen’s CopenHill by BIG has won Building of the Year at the World Architecture Festival 2021.

The Danish waste-to-energy plant was selected as a winner in the Production, Energy & Recycling category earlier in the year – thus earning itself a spot in the finals, which were held in Lisbon, Spain on 3 December.

Seven Australian projects were also vying for the top prize, with the shortlisted practices zooming in to present their pitches live at the international festival.

Programme director Paul Finch praised the way CopenHill “addressed the role of architecture in the new world of recycling and zero carbon”.

Taking more than a decade to build, the project, which is also known as Amager Bakke, is much more than just a waste-to-energy plant.

The fruit of an international design competition for an industrial area near the centre of the Danish capital, it was projected to be an exemplary model in the field of waste management and energy production, as well as an architectural landmark.

At the time, it was the single largest environmental initiative in Denmark with a budget of more than $750,000,000.

Above ground, the rooftop features a bar, cross-fit area, climbing wall and viewing plateau, all surrounded by 500 metres of ski slopes and a 490-metre tree-lined hiking and running trail designed by Danish landscape architects SLA.

Beneath the slopes, furnaces, steam and turbines convert 440,000 tons of waste annually into enough clean energy to deliver electricity and district heating for 150,000 homes.

The building itself stands out amongst it all with a continuous facade of overlapping aluminium bricks. Skiers ascending the park are able to glimpse inside the 24-hour operations of the waste incinerator.

CopenHill is part of Copenhagen’s goal to become the world’s first carbon-neutral city by 2025, with the project often being described as the “cleanest waste-to-energy plant in existence”.

“It treats infrastructure projects in a way which makes people say, ‘Yes in my backyard’ rather than ‘no’,” said Finch of the decision.

“It encourages designers to think beyond the brief, to argue for ideas and to ride the tides of politics and economics in the pursuit of the socially beneficial. And it reminds us that buildings can be fun!”

CopenHill is the 14th project to win World Building of the Year since its inception at the inaugural World Architecture Festival in Barcelona in 2008.

Last year’s festival was postponed due to COVID-19 restrictions. In 2019, Civic architects, Braaksma & Roos Architectenbureau and Inside Outside / Petra Blaisse won with the LocHal Public Library in Tilburg, the Netherlands.

The year’s other major prize winner was New York City’s Silo City by Studio V Architecture, which was named Future Project of the Year.

Landscape of the Year also went to SLA Architects for Al Fay Park in Abu Dhabi in the UAE.

While the WAFX Award, which recognises project proposals tackling today’s global issues, went to Horizon Manila by William Ti, Jr. – a 419-hectare masterplan designed to serve as a new hub for growth and development in the Phillipines.

And finally, Capsule Hostel and Bookstore in Qinglongwu, China by Atelier tao+c was named World Interior of the Year.

See all the winners on the World Architecture Festival website.