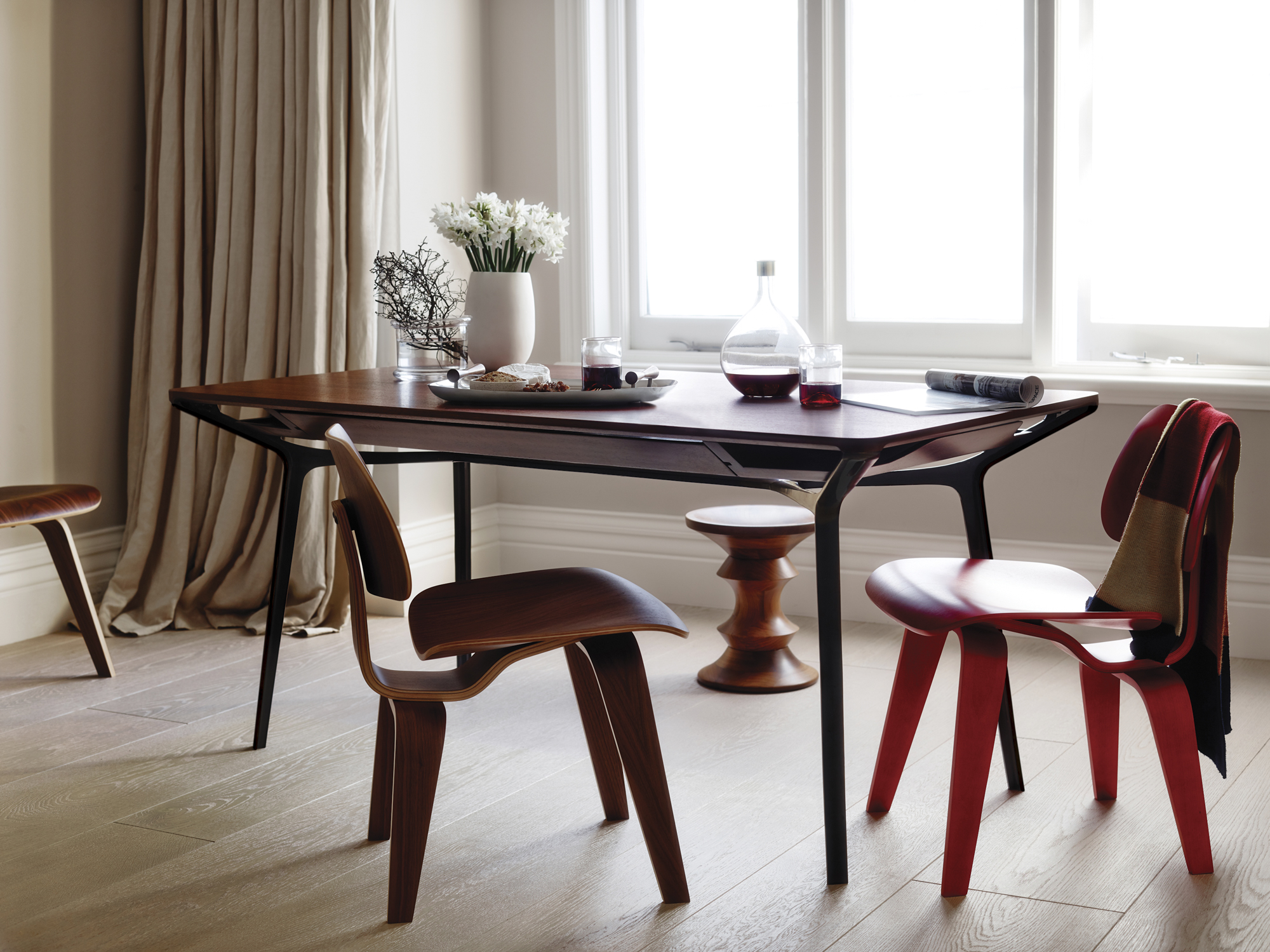 The Eames LCW Plywood is turning 75! And to celebrate, ADR is teaming up with Herman Miller for a little stroll down memory lane.

It all started on the set of Metro-Goldwyn-Mayer Studios, where Charles and Ray Eames were experimenting with wood-moulding.

It was the early 1940s, so perhaps not a huge surprise that the duo’s discoveries quickly led to a commission from the US Navy to develop plywood splints, stretchers and glider shells, all of which were used successfully in World War II.

Global conflicts out of the way, husband and wife redoubled their efforts to mass-produce affordable and high-quality chairs, eventually abandoning their original single-shell idea in favour of separate-moulded plywood panels for the back and seat.

They established the Eames Office in Venice, California, and their prototypes became a product in 1946 when Herman Miller introduced the Eames moulded plywood chair. With innovative touches like rubber shock absorbers, it seemed to anticipate its user’s comfort.

Seventy-five years on and the Eames LCW remains one of the century’s most recognisable chairs. Just ask Time magazine. The US publication crowned the Eames with the title Best Design of the 20th Century, with the plywood beauty pipping a locomotive to the top prize.

Its editors summed up the chair’s aesthetic integrity, enduring charm and comfort pretty perfectly, describing the piece as “much copied but never bettered”.

After all, an Eames LCW is instantly recognisable. Whether adorning an office or a living room, kitchen or bustling restaurant, the Herman Miller chair appears both durable and comfortable.

Its simplicity belies an incredible degree of thoughtfulness and technical expertise. The plywood in every Eames LCW has five plies, with hardwood inner plies. Natural rubber shock mounts absorb movement.

As for the design itself, that was sculpted by Charles and Ray to fit the human body, eliminating extraneous wood from the junction of the seat and back.

In what would become du jour for modern furniture design, this deliberate scaling back reduced the weight and visual profile of the Eames, but also made the chair extra comfortable, enshrining its place in both business and home settings.

Proving that they weren’t one-hit wonders, Charles and Ray would follow up this chair with their incredibly successful Eames Lounge Chair and Ottoman in 1956, cementing their place as two of the most influential designers of the 20th century.

As one of Herman Miller’s most iconic pieces, the Eames LCW today is available in ebony, red stain, santos palisande, walnut and white ash are all the finishes with a range of upholstered fabric options.

Designers can also choose from a richly grained birch veneer in bright colours that recall the times when the chairs were introduced. Environmentally friendly, these aniline stains allow the wood’s natural characteristics to shine through.

Discover the Eames LCW and read more about its remarkable history on the Herman Miller Australia website.