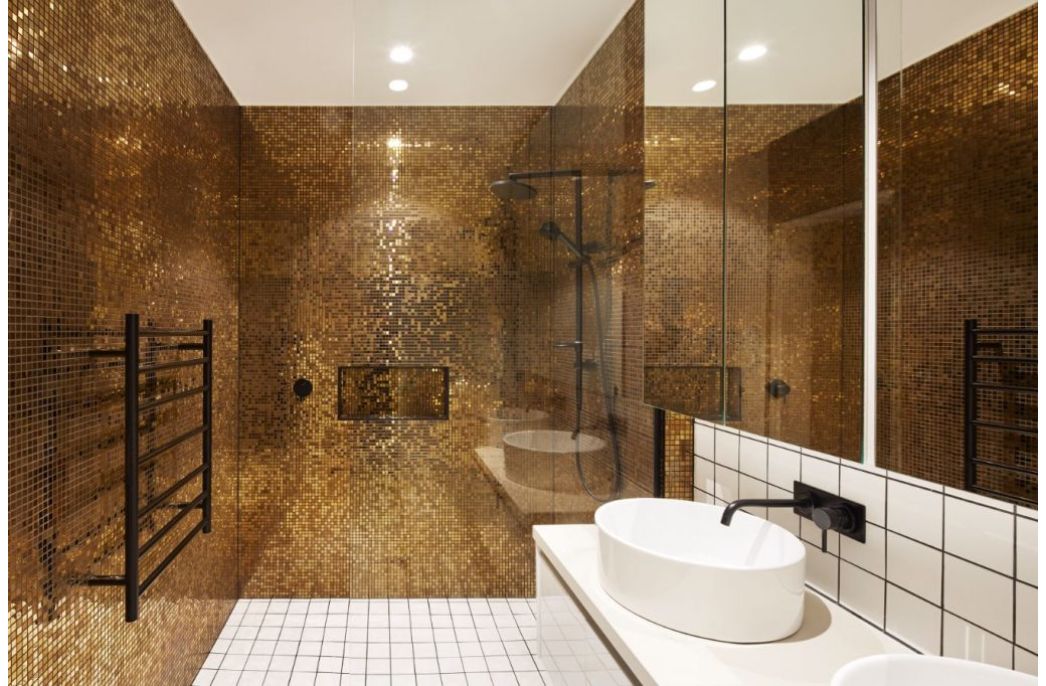 Who doesn’t love a well-designed, elegant bathroom? It’s where we recuperate and reinvigorate. So with that in mind, ADR has rounded up seven bathroom interiors that let their tiles do all the talking.

This selection is from our IDEA 2021 finalists and showcases how the bathroom can be both functional and beautiful when done with the utmost style and, often, a little touch of the unexpected.

D’Estaville is a contemporary family home within a Heritage-listed residence of state significance built in 1859 for Victoria’s first Attorney General.

The success of D’Estaville lies in its ability to successfully create a bathroom that’s designed for modern living but also respects the original significance of the dwelling.

Dream Weaver, Sydney by YSG with styling by Felicity Ng

Dream Weaver is a Pantone party with its violet bathroom that screams futuristic living.

By choosing an unconventional but nonetheless on trend colour in the bathroom (a similar purple shade is the Pantone Colour of the Year 2022), YSG has created an unforgettable and upbeat space that levitates as extra-ordinary.

Tom Mark Henry’s Wahroonga House exemplifies why less is more in the bathroom.

With a deep earthy palette and clean lines, the space feels restrained and dutifully ready for its lucky occupant.

The classic emerald green tiles that envelope it are also a nod to the residence’s historical character and surrounding bushland.

Glamour. Hollywood. Allure. It’s not easy for a bathroom to personify what can only be described as exoticism, but Sibling Architecture has done just that in its Carlton North bathroom.

The all-gold tiling packs a punch while also remaining tasteful and elegant, bringing its own slice of Hollywood magic to the middle of Melbourne. We doubt anyone would be in a hurry to leave this bathroom!

For its bathrooms, travertine sits against textured white tile with graphic terracotta grout. Architects specified the cream Sugie Series for the project, which they paired with iridescent mirrors for an unexpected injection of colour and cheekiness.

Studio Johnston pays homage to the dwelling’s historical roots with a selection of burgundy tiles that feel oh so retro. The effect is a bathroom that provides a historical reference point through bare and impactful stylistic choices that don’t feel dated or daggy.

Captured as an oasis, the project’s bathroom encapsulates serenity and quiet with its Nazari Fes tiles from Earp brothers and bronze joinery.

Kennedy Nolan is known for its love of colour, especially green, which featured heavily in its 2021 portfolio, and this project makes no secret as to why bright shades and bathrooms are a match made in heaven.

Check out our previous lookbook in which we explore 10 workplaces that approached the pandemic as an opportunity to finally shake things up.

Seven Australian retail interiors that let colour do all the talking