Home • Architecture • Could Zaha’s Mayfair rival the work of Gaudi? 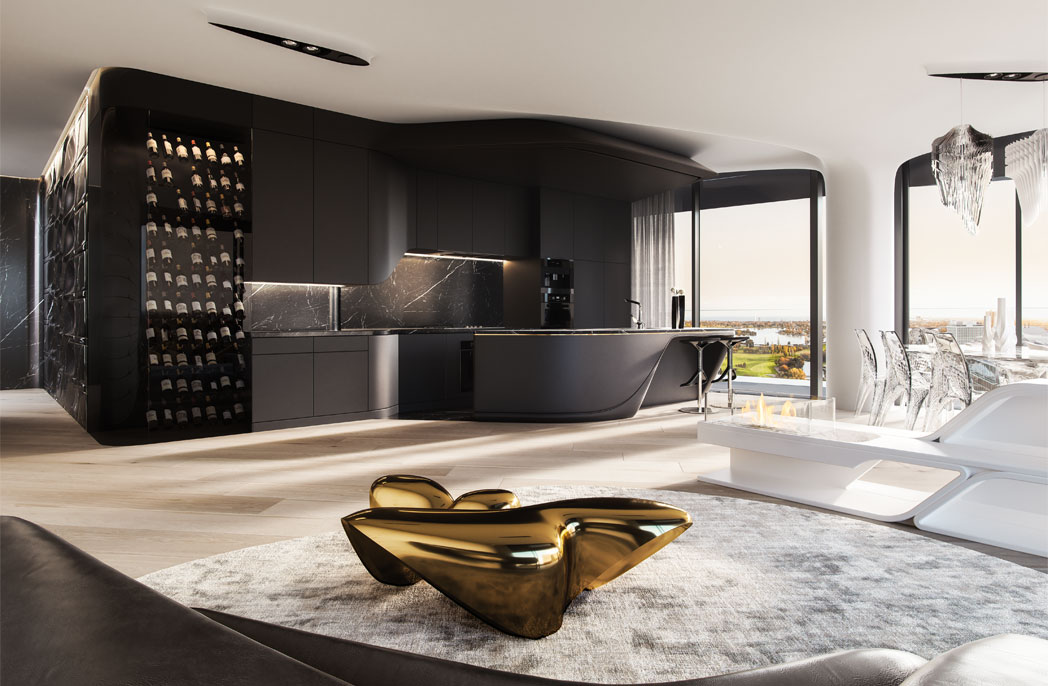 Could Zaha’s Mayfair rival the work of Gaudi?

Construction is scheduled to start in 2018 on Zaha Hadid Architects’ (ZHA) Mayfair tower on St Kilda Road. Aleesha Callahan meets with Raymond Cheah, director of UEM Sunrise, to discuss the tower’s design and the iterative process of working with world-renowned architect ZHA.

Mayfair is the second Zaha-designed tower slated for Melbourne and the developer, UEM Sunrise, wants it to be a modern Australian incarnation of Antoni Gaudi’s work.

It would be easy to pass off a comment like this and assume any developer appointing a starchitect like ZHA simply wants the name attached to the project for cachet and subsequent premiums. Although there is no doubt the 150 apartments within Mayfair will be the epitome of luxury only available to the world’s top one percent, there is also a deeper appreciation for what constitutes an architectural legacy at play.

Sitting on a prime plot of inner city land along the St Kilda Road corridor, the new project will completely demolish the existing 70s-era concrete tower, which previously housed the Police Headquarters. This move in itself raised a few eyebrows, but Cheah explains the motivation behind the decision: “We decided to bulldoze the building and change the original design submission [by ARM Architecture]. Even though we could get more units and a higher yield with the design by ARM, it isn’t what we’re trying to achieve. The design would have been a compromised space and a compromised view because of the existing, rigid form.”

Crafting a legacy
When describing the brief for the competition, Cheah explains, “We called for a unique design that speaks of its time and place, but is also timeless. We wanted it to draw inspiration on what makes Australia, Australian.”

That ‘Australian’ design motif is seen in the waveform that will clad the structure. “ZHA drew on the wave, made famous by brands such as Rip Curl and Quicksilver,” says Cheah. Although perhaps an arbitrary concept to align as an Australianism, the motif arises in other forms – ripples and sand for instance, all executed in the signature curves of a ZHA structure.

“We want our future generations to look at this building and have it stand the test of time,” says Cheah.

In addition to an Australian context, the brief called for something that would rival Antoni Gaudi. Cheah furthers, “Obviously we can’t build the Sagrada Familia but we are able to do something similar to Casa Milà, with all the 3D details to touch and feel. If you go somewhere like Barcelona, you don’t look for the tallest building, you look for the most outstanding building.”

Moving into the interior spaces, nearly every detail has been considered and given the requisite ZHA touch, from the sculpted 3D marble wall detailing (done in Melbourne) to custom bathroom cabinetry and a carved, freestanding fireplace.

Locally-made and prototyped
Interestingly, many elements both external and internal have been prototyped and manufactured locally in Australia.

“The façade is being fabricated in either stainless steel or aluminium here in Australia. We’re testing the two materials for the façade to make sure it is something that will last at least 150 years. We’re also testing stainless steel 316, which is what the Petronas Twin Towers are made of and they’re still shining and flawless nearly 20 years later,” explains Cheah.

Everywhere else, prototyping is standard. The fireplace in the display suite is the first iteration. “It needed eight men to lift it so we challenged ZHA to make it better and more practical, and they delivered. Now it’s split into two pieces. The curving medicine cabinet took three times to get right,” explains Cheah.

“There is an incredible amount of detailing and prototyping that has gone into this project – details such as inlaid copper and liquid copper shelving, which was all done in Melbourne. There is so much bespoke design, even the coffee table and dining table were designed by Zaha, handmade and crafted here in Melbourne,

“We try to engage with local builders and craftsman as much as we can,” says Cheah.

An iterative process
Getting the project to this level of detail has required plenty of back and forth, something that Cheah reveals has been a cornerstone of the development and working relationship with the architecture practice.

“What we like about ZHA is that if the studio supplies a design and we say, ‘Oh that’s not practical’, then it comes back with option A, B, C, then we say B and get another round of options from B1-4. That’s the level of architecture that we’re looking at,” says Cheah.

“For ZHA there are multiple ways to get to the same place. The studio will speak to all the builders and find other solutions. Antoni Gaudi actually worked with the builders throughout his time like this as well. He would go down to the site and see how things were built. We rank ZHA even higher than Foster + Partners in terms of the passion the studio puts into the project and the level of intricacy it works into the design,” states Cheah.

Moving beyond the nuts bolts of the project, Cheah elucidates on why the relationship has been so successful, “At ZHA, it questions things and look at ‘Why do people want to live in a place just for shelter?’ Then it looks at security, safety and then community and finally at the top it considers the pleasure and personal satisfaction that comes from living in a place, which is really the self-actualisation and spiritual satisfaction. What the design DNA for ZHA actually encapsulates and epitomises is Maslow’s hierarchy of needs. That’s why we have built a good relationship with ZHA; we share this same DNA and purpose.

Will Mayfair stand up as a testament to design and architectural legacy? Only time will tell.

Read about the built legacy of Zaha Hadid designed skyscrapers.