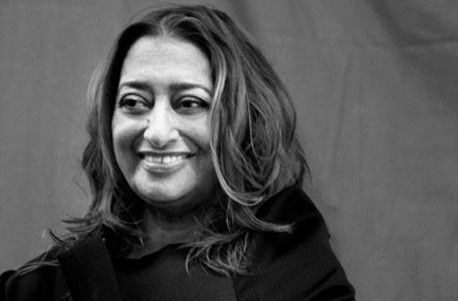 Image above from Zaha Hadid. Beyond Boundaries, Art and Design.

Renowned visionary Iraqi-British architect Zaha Hadid has passed away in Miami due to a sudden heart attack at the age of 65.

A statement released by her studio, Zaha Hadid Architects, says, “It is with great sadness that Zaha Hadid Architects have confirmed that Dame Zaha Hadid, DBE died suddenly in Miami in the early hours of this morning. She had contracted bronchitis earlier this week and suffered a sudden heart attack while being treated in hospital.”

Hadid’s work has been commissioned all around the world. Some of her most notable designs include the 2012 Olympics Aquatics Centre in London and the Guangzhou Opera House in China. Her impact on the architecture and design scene has been unparalleled, and her death has been felt around the world.

John Gollings AM, iconic Australian architectural photographer, was a friend of Hadid’s, and today commented on her passing:

“I was actually really shocked. In the ’80s she had been a good friend and I had spent a lot of time with her both in Melbourne and London. She was incredibly generous introducing me around the London architectural scene. I think she was incredibly important in the world of architecture for introducing a whole new typology,” said Gollings.

“I knew her in the early days before she had anything built and have followed her career closely ever since. She has been an incredibly important force in the world of architecture and this is a great loss.”

Lord Peter Palumbo, chair of the jury of the Pritzker Architecture Prize Jury, also expressed his sadness at the news. “The world of culture has lost a standard-bearer for the art of architecture. Zaha Hadid fought prejudice all her life with great success. And this, in addition to her genius as an architect, will secure her legacy for all time.”

Tom Pritzker, chairman of the Hyatt Foundation, which sponsors the prize, said, “Zaha represented the highest aspirations of the Pritzker Architecture Prize. She combined her vision and intellect with a force of personality that left no room for complacency. She made a real difference.”

Zaha Hadid Architects designed Singpore’s largest residential development last year, along with Wangjing Soho in Beijing, China. Known for her curvaceous designs and futuristic vision, Hadid’s work garnered international praise. She was revered as one of the industry’s leading architects, though also faced much controversy over her often expensive and extravagant designs.

Hadid was recently involved in projects within Australia, proposing a mixed-use tower for Melbourne’s CBD, as well as designing a $600 million twin tower complex on the Gold Coast.