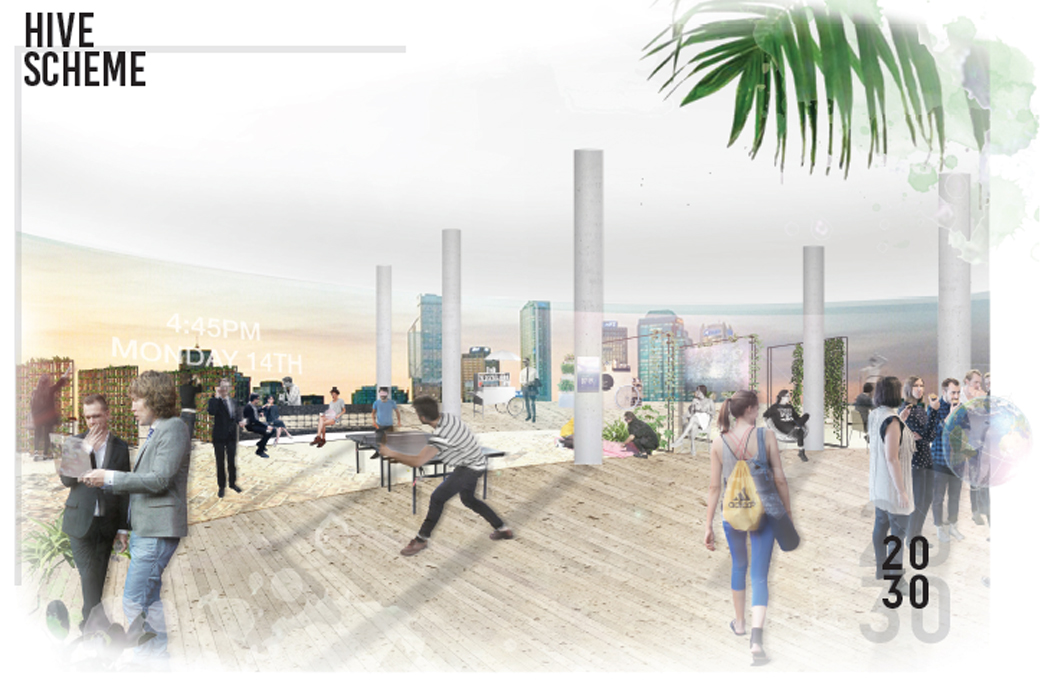 What will our work lives look like in 2030? That was the question posed to you, the design community, in a competition to celebrate Schiavello’s 50th anniversary.

The competition called for innovation in workplace design with a prize of $5000 to be awarded to the winner. Many interesting and creative ideas were submitted and the winner was announced at Schiavello’s 50th anniversary party in Sydney on 30 November.

Congratulations to Woods Bagot (Perth) who took out the prize with a design that embraces technology and diversity in a metabolic framework.

Woods Bagot envisions a nomadic working world where individuals come together as social communities, leveraging their intellectual skills to the benefit of a whole system. It’s a world where the working day is now 24/7 and choice rules – so diversity is essential in getting the best outcome from everyone who contributes.

Metabolically designed architecture is built around a spine-like infrastructure with prefabricated, replaceable cell-like parts, which are easily attached and readily removable when their lifespan is over. A metabolically stacked tower allows for infinite physical growth and is able to wirelessly migrate across the globe using magnetic hover technology.

This electromagnetic architecture charges and stores natural energy as it floats through space and time in migratory patterns informed by global weather patterns. A philosophy of autonomy and individual purpose empowers individuals and is supported by evolving technology in transformative spaces. Interiors perform not as a didactic organisational tool but as a fluid ‘third space’ that is neither work or home, but a diversity of situations with varying pace in energy in which the user can become a master of their own future. The future workplace embodies the places that set our minds free. 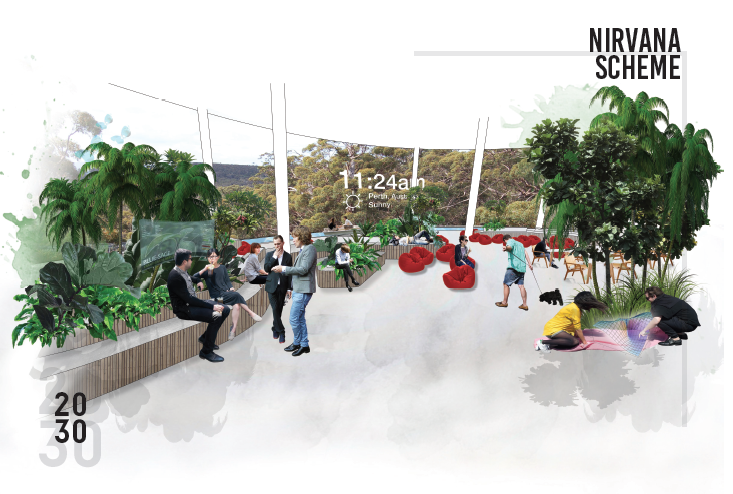 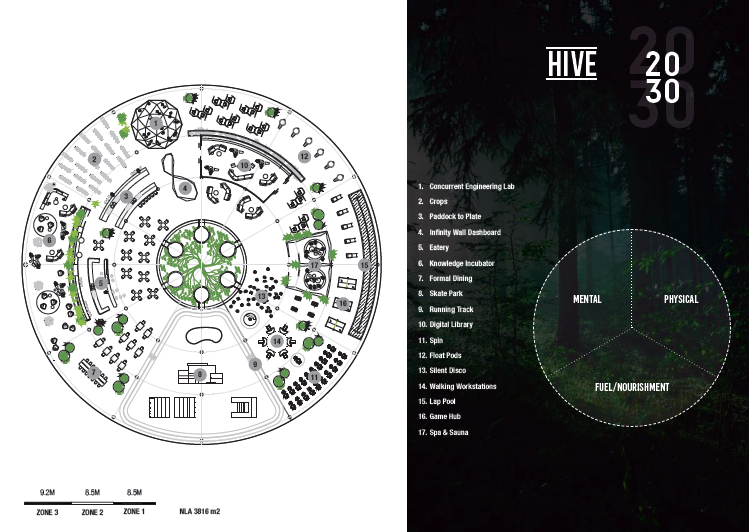 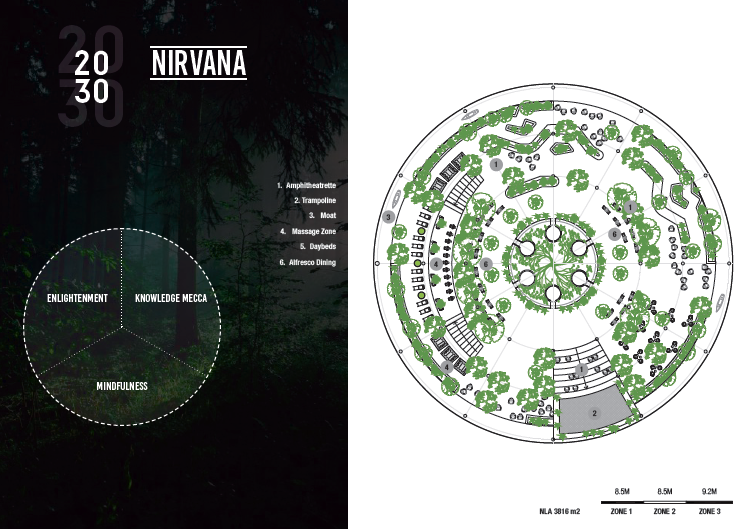 Three designs have been shortlisted including Warren & Mahoney (Sydney), HASSELL (Brisbane) and futurespace. Now is your chance to cast a vote in the People’s Choice.

Building on the concepts of technology and autonomous transportation, the team at Futurespace has challenged the setting of a workplace, designing a progressive, autonomous meeting space.

The platform supports a variety of work settings. The user simply orders the work settings required for that day (like the uber concept) and meets while on the move, utilising commute and travel time.

This means the user has the ability to consolidate a variety of meetings in one space by interchanging and adapting the environment to suit in real time. This enables quick adaption of their setting for the next meeting by ordering additional platforms or sending redundant platforms away.

The transparent membrane that encloses the platform can facilitate any backdrop of the users choice – a beach, a harbour view or anything else. 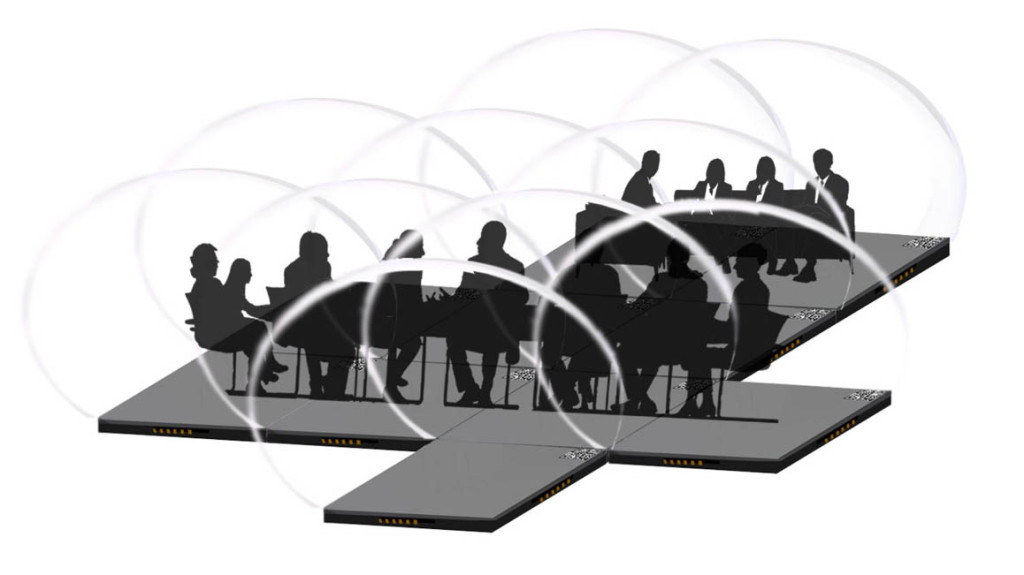 HASSELL’s Brisbane team has explored the idea of an expandable and adaptable membrane-like pod that facilitates a unique work environment to automatically suit the needs of each user. Through a kinetic membrane surface, the form evolves as dictated by the users needs.

It’s predicted that in the future that people will be tracked more and more by technology, CANVAS embraces this technology. As users movements are tracked, the membrane responds by creating an atmosphere and environment that encourages productivity and a positive state of being.

Users have control over how the output and input of the membrane surface is expressed.

In a highly transitional future CANVAS ensures placemaking is not lost. Users have the ability to curate a working environment that provides for their individual needs, by creating an enveloping shell of kinetic surfaces, which can be controlled and privatised intuitively. 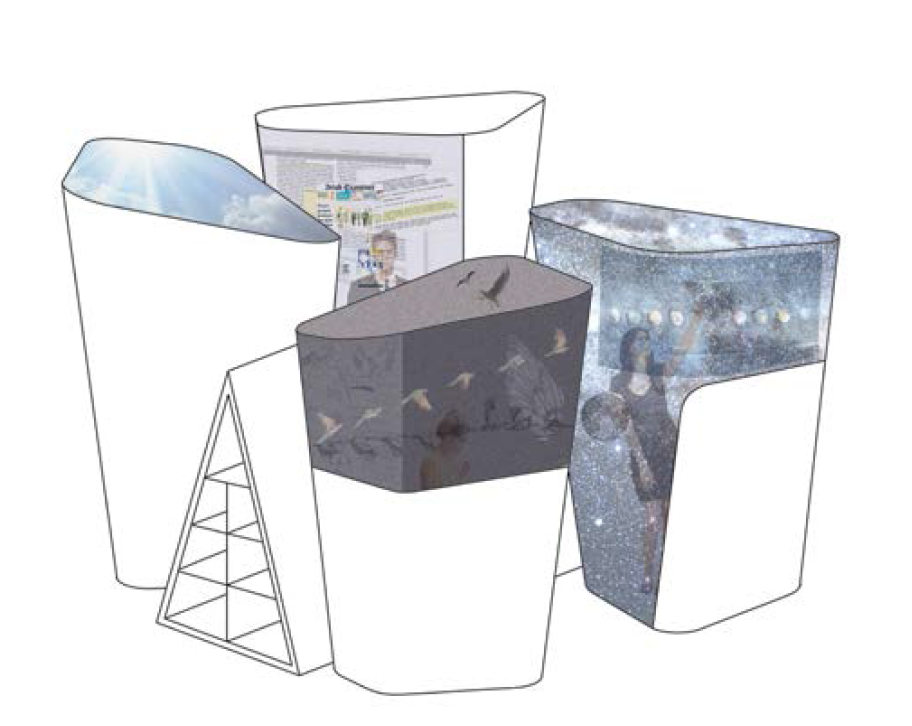 The Anywhere Space represents the philosophical ethos of working in 2030: doing conventional work in unconventional spaces. The workplace of 2030 embodies free will and flexibility, allowing the worker to choose when, where, how, and even who they work for – because the 2030 worker has agency over their affiliations (they work with companies not for companies). The 2030 worker understands that there is no separation from work and life, but that the leisure aspects of life are merged into work.

Technology and the digital encompasses all facets of life and the spatial environment – from wearable tech to wireless power sources and access to internet and data no matter location, allowing you to work ‘anywhere and anytime’. The concept and capability of working ‘anywhere and anytime’ means that homes, cafes, lounges, parks and beaches, the desert, train cars and skiing down a mountain all can become a workplace – all you need is the right kit of tools. 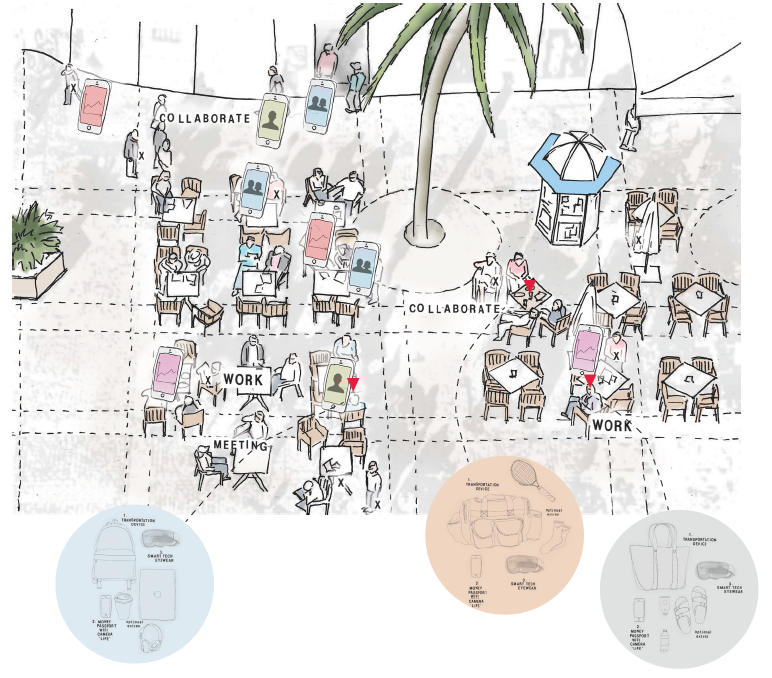