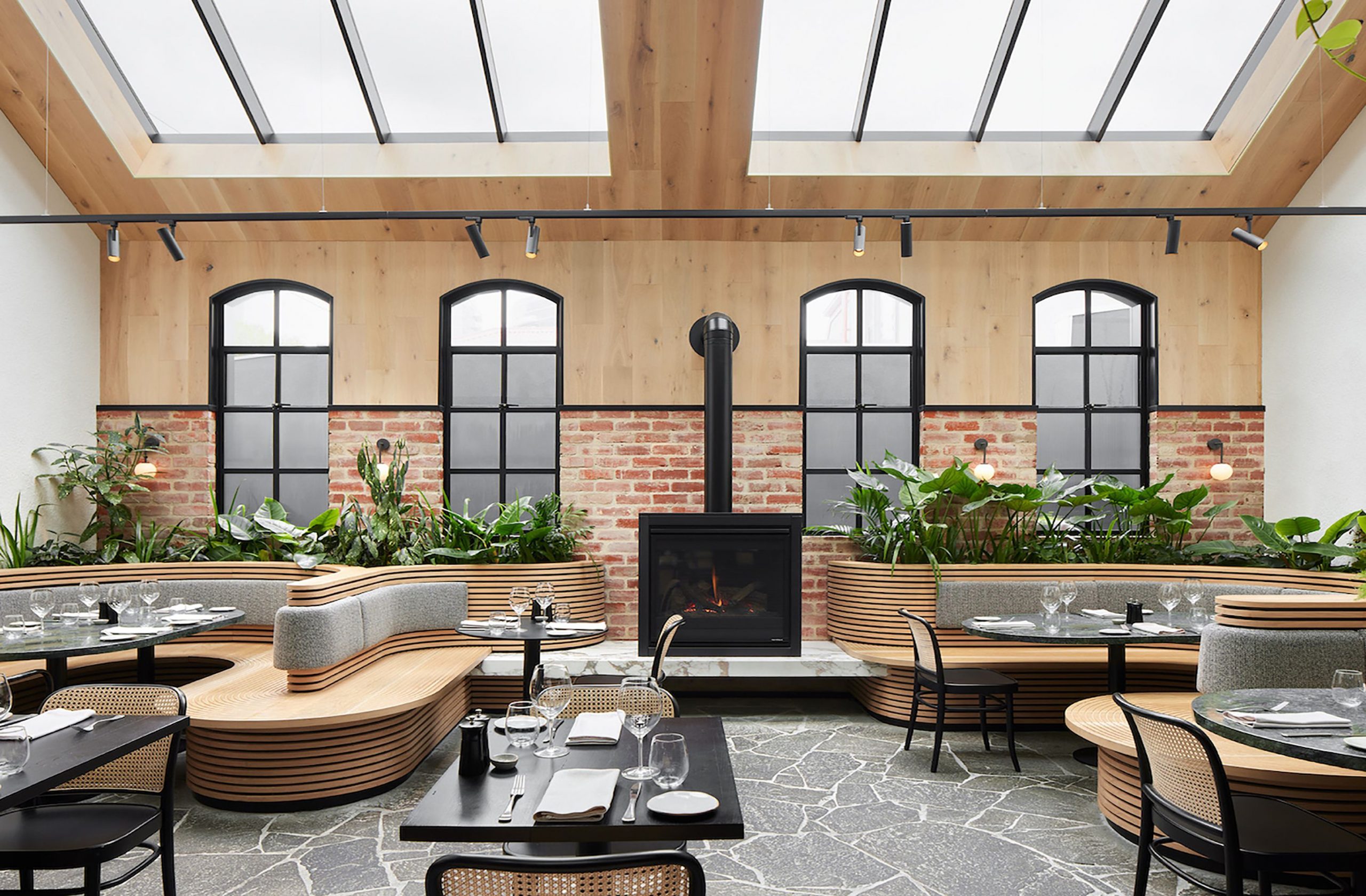 Combining the intimacy and refinery of modern dining with the inimitable atmosphere and qualities of your local pub, The Graham Hotel by Technē Architecture and Interiors is a reenergised hospitality venue.

Located in Port Melbourne, The Graham Hotel is a 150-year-old building that has been handed a second chance at life by Technē.

Drawing on the site’s rich heritage, Technē’s redesign of the classic Australian pub is guided by the ethos of bringing people together at this ‘home away from home.’

Technē hopes to bring a diverse appeal to the building, which becomes evident when roaming through the different layers of the venue.

From the ‘garden city’ method of urban planning to outdoor beer gardens and the traditional domestic sunroom, the converted courtyard takes on this fusion of inspirations and is transformed into a garden oasis where indoor dining areas spill into an abundance of sky-lit environment.

“Working closely with Ayus Botanical, our strategic layout sees to various islands for gathering that is encased by custom-made timber banquettes and lush greenery.

“Our greatest triumph has been creating a functional space which naturally compliments and speaks to the living landscape,” he adds.

The liveliness of the courtyard sunroom permeates through the Hotel’s indoor areas where the main bar anchors as the centering ‘hub’, which patrons and staff fluidly cross.

Views through to the kitchen also facilitate open and animated energy, while the functional fireplaces that punctuate the courtyard and indoor spaces usher a genuine warmth throughout the space.

Technē used aged materials reminiscent of a historic pub to stand in contrast to the natural timber and stone. Hallmarks of the classic Aussie pub also appear in the signature bar stools on the perimeter of the bar and the vinyl-cushioned seated booths.

Harking back to the building’s diverse appeal, the various seating options and spaciousness signal the versatility of the Graham Hotel in accomodating older and younger demographics.

Whether it be a solo or group knockoff, a Sunday pub meal with the family of housemates, the Graham Hotel is ready to accommodate.

“We retained much of the original fabric and soul of the historic corner pub building,” says Travers.

“It is becoming rare for old local pubs of this age to retain their operation for the community, so our revamp of the Graham Hotel is really a celebration of the site’s past lives and an ode to its future.”