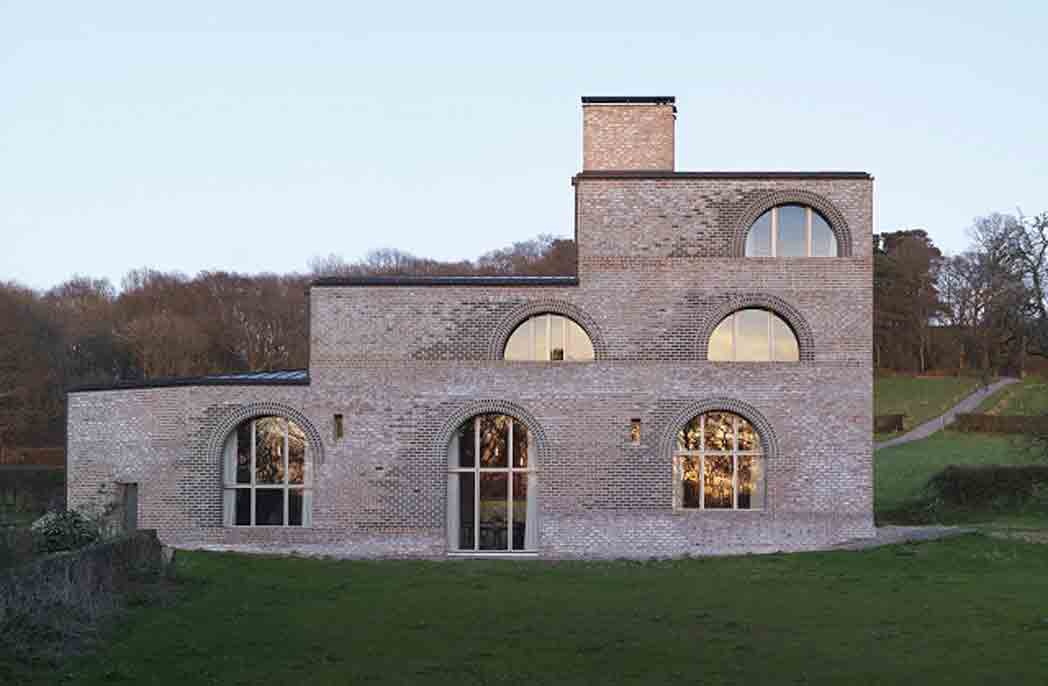 The first shortlisted homes in the running for the RIBA House of the Year 2019 were unveiled over the weekend.

The homes were featured on the Channel 4 program Grand Designs as part of a four-week special that ends on 13 November with the announcement of this year’s winner.

The Royal Institute of Architects’s House of the Year is awarded to the best example of a one-off house designed by an architect in the UK. The award celebrates excellence and innovation in home design with an emphasis on architectural integrity, usability and context, delivery and sustainability.

The longlisted entries, announced in June, were also celebrated for how they fit seamlessly into their own sites and contexts through the use of natural materials.

Nithurst Farm by Adam Richards Architects was one of the shortlisted homes. Designed for the architect’s family, the entry is a game of scale with storeys that may or may not be double height, traditional small-scale materials hiding grander openings beyond, and a form that appears simple, but reveals a more complex geometry.

Grand Designs host Kevin McCloud described it as a “modern day castle” in Sussex and a “modern house wrapped in a Roman ruin”.

The house relates both to a collection of pre-existing, low-key out buildings, the remnants of a traditional farmyard, and a ribbon lawn between old hedgerows. From a distance, its form conjures memories of Italian defensive farm buildings.

More than 30,000 bricks were used with thick lime mortar joins to create an illusion of smaller bricks. Openings were traditionally formed with flat and curved arches, but then visually ‘smudged’ by the addition of darker bricks around the openings.

Inside, the main family space is modelled on a traditional great hall with abstracted versions of musicians’ gallery, solar and rude screen. The design of the house was developed with a host of literary and cinematic references. The limited palette of materials, concrete, timber, brick and zinc, were developed and detailed, and the geometry of the building plan was driven by a need for symmetry.

Pocket House by Tikari Works was also shortlisted over the weekend. The property, which has already won the RIBA London Award for 2019, transformed a double garage plot into a family home for architects Nicola and Ty Tikari.

With a floor space of 35 square metres, the home is the smallest shortlisted and consists of two boxes stacked one on top of each other.

The architect successfully dealt with a number of constraints, including a restriction on height and the need to maintain neighbours’ privacy, by moving 50 percent of the home below ground.

Pocket House was praised for its value for money. The palette of brick, timber and concrete is beautifully finished and left exposed throughout, and costs were kept down by using these materials to their full potential, including designing out all secondary steel work for the timber stairs. A large lightwell prevents the lower floor from feeling subterranean.

Also featured on the show was The Cork House in Eaton, Berkshire.

Owners and architects Matthew Barnett Howland and Dido Milne stacked 1,200 cork blocks to create the house’s walls and five roofs, making the property the first of its kind in the UK.

Designed, tested and developed in partnership with The Bartlett School of Architecture UCL, the biogenic construction of the prefabricated cork blocks and engineered timber was carbon negative at completion. All the components can be reused or recycled, can be constructed by hand and were designed for disassembly.

The expanded cork blocks were made using by-product and waste from cork forestry and the cork stopper industry. Internally, the biophilic elements such as the exposed cork and oak flooring capture the light across the kitchen, sitting room, two bedrooms and bathroom.

The cork structure is so light, the home has skylights, which act as a paperweight and can be opened in summer.

Russian home blurs boundary between nature and the built environment