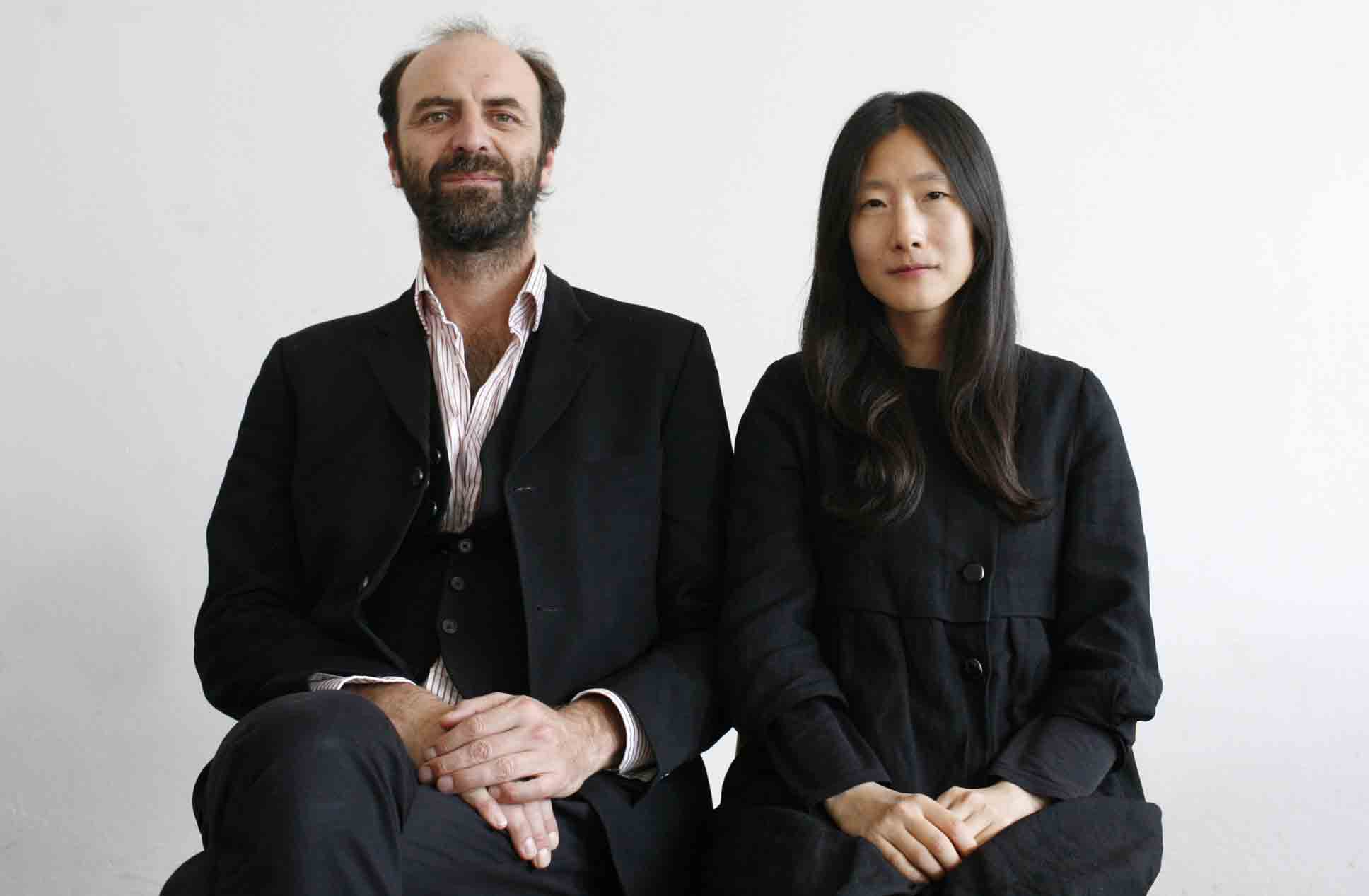 Ahead of her appearance at DESIGN Canberra (4-24 November), Yena Young from Berlin-based design team Plastique Fantastique sits down with ADR to chat about temporary architecture and incorporating performance, music and dance into design.

Could you tell us a little about Plastique Fantastique?

Plastique Fantastique is a platform for temporary architecture, which samples the performative possibilities of urban environments. Established in Berlin in 1999, Plastique Fantastique has been inﬂuenced by the unique circumstances that made the city a laboratory for temporary spaces and has specialised in creating pneumatic installations as alternative, adaptable, low-energy spaces for temporary and ephemeral activities. The transparent, lightweight and mobile shell structures relate to the notion of activating, creating and sharing public space and involving citizens in creative processes. They are, in many ways, the simplest of structures – a skin that separates but also connects. The result is a site-speciﬁc installation that breathes new life into the city and makes the invisible visible.

You studied architectural engineering at university before starting out ALA Architects, what inspired you to make the move into temporary architecture and can you tell us more about it?

While I was studying architecture, I tended to be more interested in the artistic part rather than the engineering one, a softer approach rather than a concrete one, and contemporary design rather than traditional. I was searching for a way to be somewhere in between. In 2012, I had the idea of creating temporary pneumatic space for my thesis project in Helsinki and found there were many architects and artists already working with inﬂatables, not to mention architects like Archigram, AntFarm or Haus Rucker Co from the 1960s.

How did you team up with Marco Canevacci and what has it been like collaborating with him over the years?

I was researching architecture studios that were creating pneumatic installations and found Plastique Fantastique. I got in contact with Marco, inviting him to Helsinki to realise a project together. In the end, the project was not realised due to some problems with the sponsors, but we became good friends and colleagues. Now we complement and balance each other running the studio together.

Your ﬁrst works sought to create warm places and used plastic because it was affordable. How have your designs developed over the years?

In the beginning in Berlin 1999, due to the city’s cultural, social and political change, there was so much empty space in the city to experiment with ideas. Marco and his friends rented a 2000-square metre space, paying almost no rent, but it was impossible to heat it in winter, so they started to ﬁll bubbles with hot air and use them as lounges. Inﬂatable structures were an alternative low-energy space satisfying the physical needs of the city.

In the 2000s, working in public space became a ‘cultural topic’ and inﬂatables were perfect for public interventions, since they gathered people and changed the function of the squares. When there is an educational program inside the installation, the square becomes a school and when there is a community dinner inside, the courtyard becomes a public kitchen. The public space becomes a temporary private space welcoming everybody.

Low-cost airlines and temporary lifestyles also contributed to the development of pneumatic architecture with a maximum weight of 32 kilograms. It is lightweight for transport, adapts its shape to the environment and has a relatively easy set-up and dismantle procedure compared to the traditional materials like wood or metal. Now in 2019, pneumatic architecture has regained the attention of architects, art directors, curators and activists, since it is mobile, light, soft and temporary, yet leaves a strong impact on people’s mind.

How did you get involved in DESIGN Canberra?

DESIGN Canberra 2019 employs the concept of Utopia to harness the power of imagination to shape the future of design. Reflecting the Utopian ideas of its time, the iconic Bauhaus design movement redefined what design could do for society and had an enduring legacy in Canberra and the world. In recognition of the 100th anniversary of the Bauhaus, DESIGN Canberra reached out to Plastique Fantastique as a contemporary expression of German design and a wonderful way to celebrate these ongoing connections and influence.

Can you tell us more about your two installations for DESIGN Canberra 2019? Twin Minigagarin and MEDUSA?

They are both reused structures. Minigagarin is a playful installation dealing with the notion of pop culture and futurism. For the DESIGN Canberra festival, we planned to combine two of them to create a spaceship, like in the ﬁlm 2001: A Space Odyssey, and land it at Canberra Airport.

When MEDUSA was in London, we used the pneumatic structure to inform the public about the use of electricity in the city. In Valencia, we hosted several art performances for the Festival 10 Sentidos. MEDUSA also held a sound installation in collaboration with Native Instruments in Berlin.

These two installations will host various programs for DESIGN Canberra with Twin Minigagarin at the airport and MEDUSA in Commonwealth Place.

Loud Shadows was designed considering the peculiar position of every single tree within the Formerum forest on the island of Terschelling. Each element of this site-specific project was integrated into its environment. The first transparent spherical stage was pierced by a tree, while the second stage was squeezed between tree branches and came under the projection of their shadows. The ring connecting the two stages looped around pine and oak trees creating the third stage in its void. The fourth stage was the forest around the installation.

Inside this constellation, the audience was free to circulate and choose its place in the transparent stage, the milky sphere, the inner circle or the surrounding woods. These movements were encouraged by the musicians and dancers during the festival.

A lot of your projects are an amalgamation of performances, music, dance and architecture. How do you incorporate those elements into your design process?

Loud Shadows was the ﬁrst time that I thought ‘wow’ and was impressed by the beautiful environmental setting, the performance inside and the whole scenography. The result was very satisfying because the piece was developed from the very beginning with choreographer Leine Roebana, composer Kate Moore, musicians The Stolz Quartet and then us as scenographers for the speciﬁc location within the forest of Terschelling. We collaborated very closely and inﬂuenced each other to create one unique experience for the audience where performance, music, nature and architecture melted into a single moment.

What’s next for Plastique Fantastique?

There will be collaboration projects with theatres in different places, including Wales, Berlin and Madrid among others. We are involved in several political art projects dealing with the refugee crisis, right extremism and climate change issues. Some art festivals are awaiting in Leuven, Berlin and Santiago! We would also like to initiate projects experimenting with recycled materials and organise workshops to discuss the sustainable use of the materials used in temporary architecture.

DESIGN Canberra takes over the nation’s capital from 4 to 24 November. Now in its sixth year, the festival is a constantly evolving platform to showcase the city’s thriving design community. This year, it will present more than 200 events, exhibitions, talks, tours, activations, markets, collaborations, artists’s studios and open homes.

Plastique Fantastique will be showcasing its temporary architecture installations, Twin Minigagarin at Canberra Airport and MEDUSA in Commonwealth Place, throughout the festival. The installations represent experimentation, collaboration and innovation, and are an exciting expression of contemporary European design.

What not to miss at DESIGN Canberra 2020