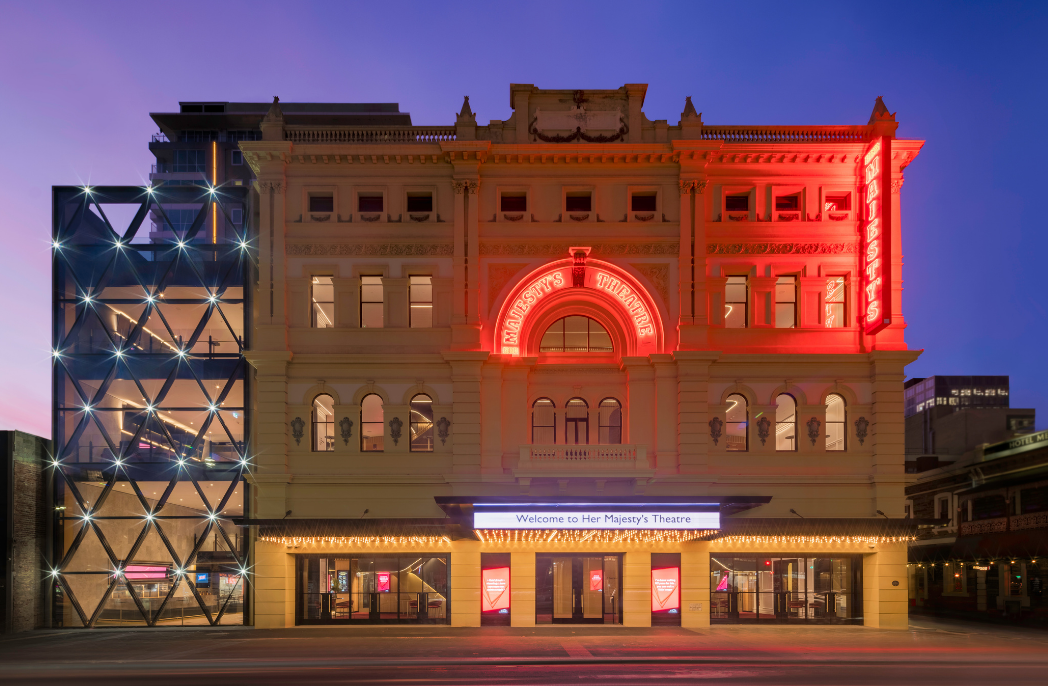 Her Majesty’s Theatre in Adelaide has won a national award at the Australian Institute of Building (AIB) Professional Excellence in Building Awards.

The redeveloped theatre took out the Commercial Construction ($60 million-plus) Award nationally, awarded to Hansen Yuncken in recognition of individual building professionals who have demonstrated leadership and assisted the on-time and on-budget delivery of exceptional construction projects. The project is one of a number of Heritage theatre buildings receiving upgrades recently, joining Brisbane’s Princess Theatre and Newcastle’s Victoria Theatre.

Originally opened in 1913, Adelaide’s oldest continually operating theatre was transformed into a larger and more accessible venue with state-of-the-art facilities – its $66 million redevelopment was unveiled in June 2020.

The redevelopment was designed by Adelaide-based COX Architecture, built by national construction company Hansen Yuncken and managed by the South Australian Department of Planning, Transport and Infrastructure and Adelaide Festival Centre.

The project employed more than 150 construction workers at its peak and engaged a 90 percent South Australian work force, including specialist artisan contractors and local craftspeople.

Adelaide Festival Centre CEO and artistic director Douglas Gautier AM says, “We are delighted to see Her Majesty’s Theatre receive the great recognition it deserves and for the spectacular work done by the team at Hansen Yuncken on this much loved Australian arts venue.”

This award adds to other accolades for Her Majesty’s Theatre including: