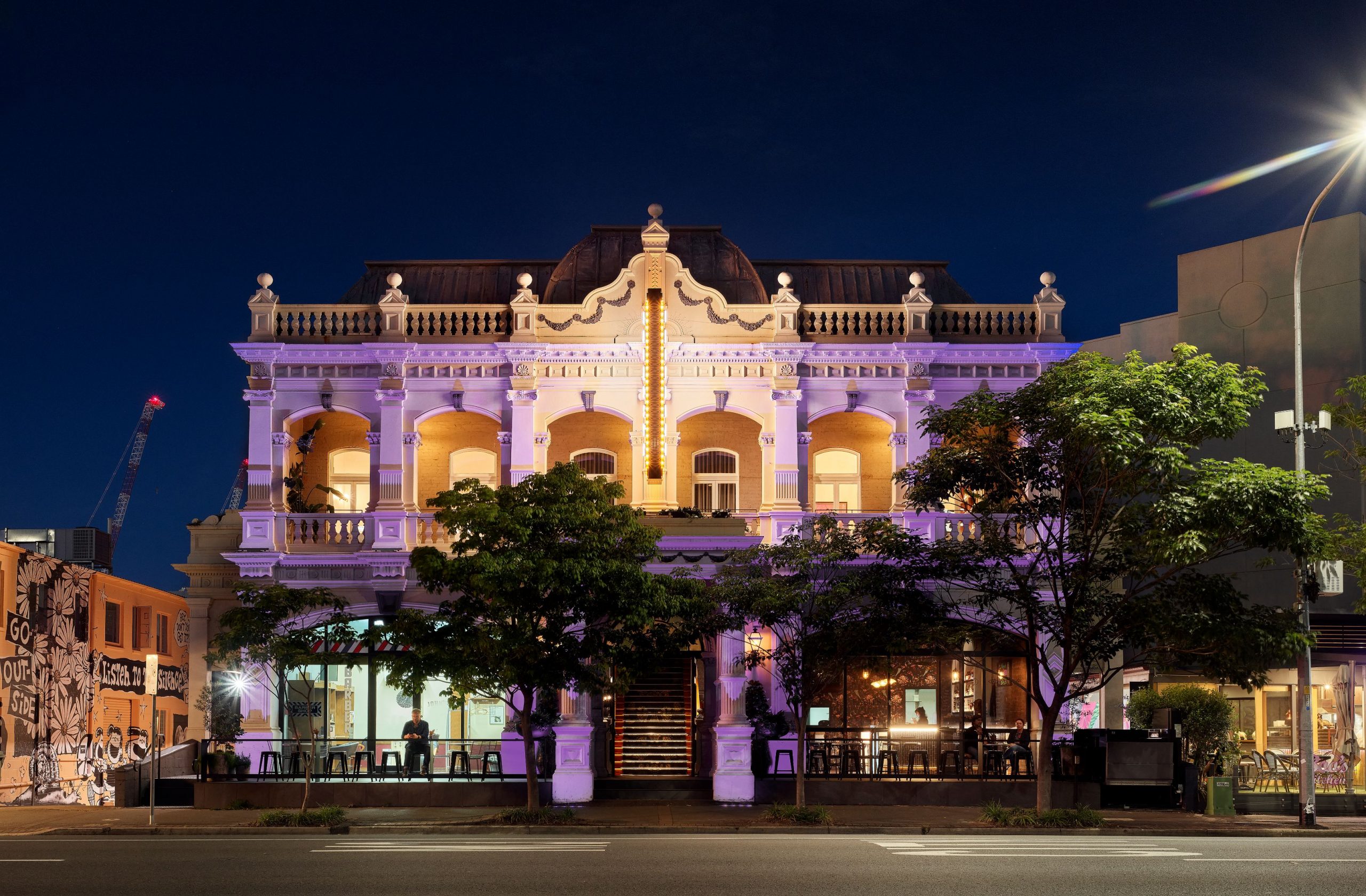 Originally built in 1888, The Princess Theatre is located in the inner-city suburb of Woolloongabba and features a 1475m2 two-storey layout.

JDA Co. completed the refurbishment in nine months, with the goal of returning the space to the actors, musicians and audiences as soon as possible.

The Princess’ new owners – Brisbane businessmen Steve Wilson together with Steve Sleswick and Dave Sleswick – were eager to raise the curtain on the refurbishment in time for end-of-year shows.

Steve Sleswick say the JDA Co. team “did a remarkable job in preserving everything that feels special about the Heritage of The Princess while giving the theatre a 21st century makeover.

“The venue simultaneously feels moody, enchanting, intimate, sophisticated and cool! Our audiences are in for a treat,” he adds.

Prioritising roof approvals and documentation ensured builders could get on site while the design team progressed the concept for the rest of the theatre.

“This is an iconic Brisbane building and we carefully selected our collaborators to ensure they shared our enthusiasm to not only preserve but really revive this landmark,” he says.

Architects began by fortifying the existing structure while also adding elements designed to create a sense of excitement.

“From the lobby and the upstairs gallery, patrons can now catch a glimpse of the stage and ceiling, which creates a great sense of anticipation,” he explains.

Architects also introduced a new dress circle by reconfiguring the shape of the mezzanine space, adding a front-row bench seat.

Homage was then paid to the The Princess’s theatrical beginnings by incorporating curves throughout the design of the new bar, cafe and gallery.

“A variety of heights to subtly accentuate the arches and add a sense of playful theatrics,” adds Bowstead.

Meanwhile, the introduction of dark timbers and brass reflects the classical materials found in the original colonial design.

Forced to close in the verandah and block out the elevated windows for acoustic purposes, JDA Co. reimagined the latter as light boxes.

Now illuminated from behind, the windows can be used as a canvas for lighting shows, “transforming the architecture into part of the production”.

Outside, a new terrace was fitted with a small platform lift to provide wheelchair access to the theatre and The Princess’s cafe, both of which are part of a much larger plan to enliven the streetscape.

Current and upcoming shows can be found on The Princess Theatre’s website.

JDA Co. is a small studio-based Brisbane practice that specialises in remote complex projects in Australia and overseas.

Earlier this year, the practice “perched” a new bar onto the rooftop of another Heritage-listed building in the same neighbourhood as The Princess, inserting its own studio as well as a restaurant into the space.