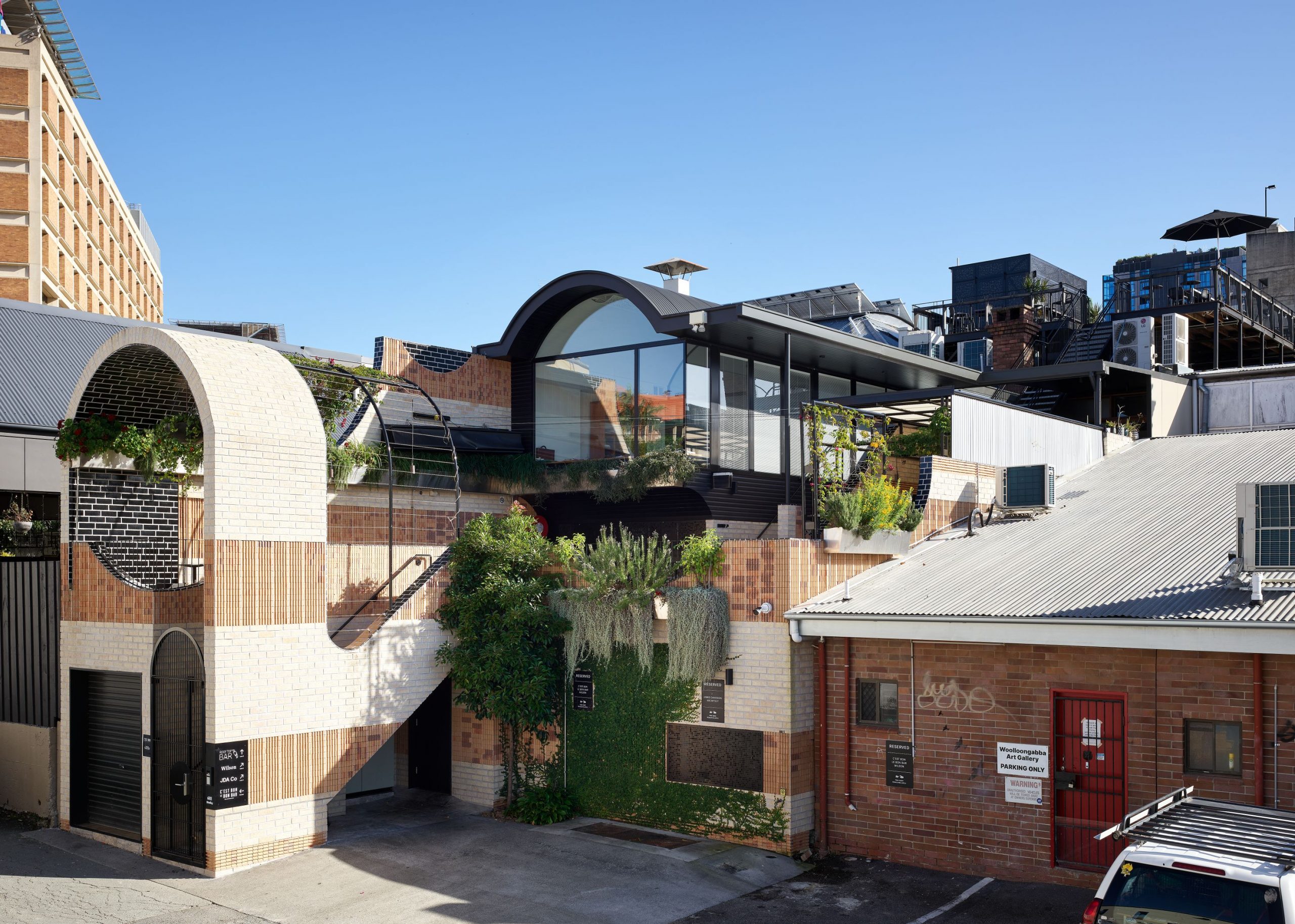 JDA Co. has “perched” a new bar onto the rooftop of one of Stanley Street’s Heritage-listed shops in the Brisbane inner-city suburb of Woolloongabba.

An addition to the modern French restaurant that occupies the shop beneath it, the newly opened Le Bon Bar was designed under stringent local Heritage restrictions.

“We designed the structure to sit atop the Heritage walls of the existing building,” explains JDA Co. director James Davidson.

“In essence, it’s perched on a platform that is supported on a series of legs carefully attached to the existing Heritage walls.”

Presented with access restrictions, architects used laser scanning to measure the space, then worked with engineers to design balustrading, stair access, guttering and provisions for power and waste removal.

The bar was orientated to the east to provide a “bird’s eye view” over Mater Hill and The Gabba, while remaining inconspicuous from the street, so as to not obscure the building’s original 1900s facade.

Le Bon Bar is just one element of an overarching master plan to revitalise the suburban Brisbane strip, which is known locally as Shop Row.

JDA Co. was engaged to write the master plan and redesign the strip’s individual spaces, which include its own studio, the office of Brisbane businessman Steve Wilson, who funded the initiative, and the French restaurant C’est Bon.

“This project features a series of interconnected and overlapping functions,” explains Davidson.

“The architectural challenge was to navigate what is essentially a three-dimensional jigsaw into one harmonious and cohesive design.”

The restaurant’s rendered walls were “peeled back” to expose the original brick walls and arches, while tongue-and-groove timber ceilings were repaired and restored.

“One of the significant challenges in the project was to update the interior, but ensure the Heritage of the building was protected,” says Davidson of the site, which was originally home to the Heinz Meats butcher.

“This meant coming up with clever solutions.”

One such solution was arched black steel frames, which support conduits and lighting over the bar and throughout the space without impacting the original Heritage structure.

Internal petitioning was removed to open up the restaurant’s interior and better engage with the streetscape. From the large front windows, olive green velvet seating and tan leather booths are visible.

Further down and past the kitchen, “the Cellar” doubles as a private event space, wine-tasting hub and intimate party location, and features cork-lined walls and a large communal table.

Outside, a new terrace “marries old and new” through patterned bricks in “shades and shapes” found elsewhere in the neighbourhood.

In the first-floor offices, high arched ceilings and large windows provide “a sense of welcoming”.

Like in the interiors of C’est Bon, the original tongue-and-groove timber ceilings have been restored and painted white, paired with white plywood walls and dark polished parquetry.

JDA Co. is a small studio-based Brisbane practice that specialises in remote complex projects in Australia and overseas.