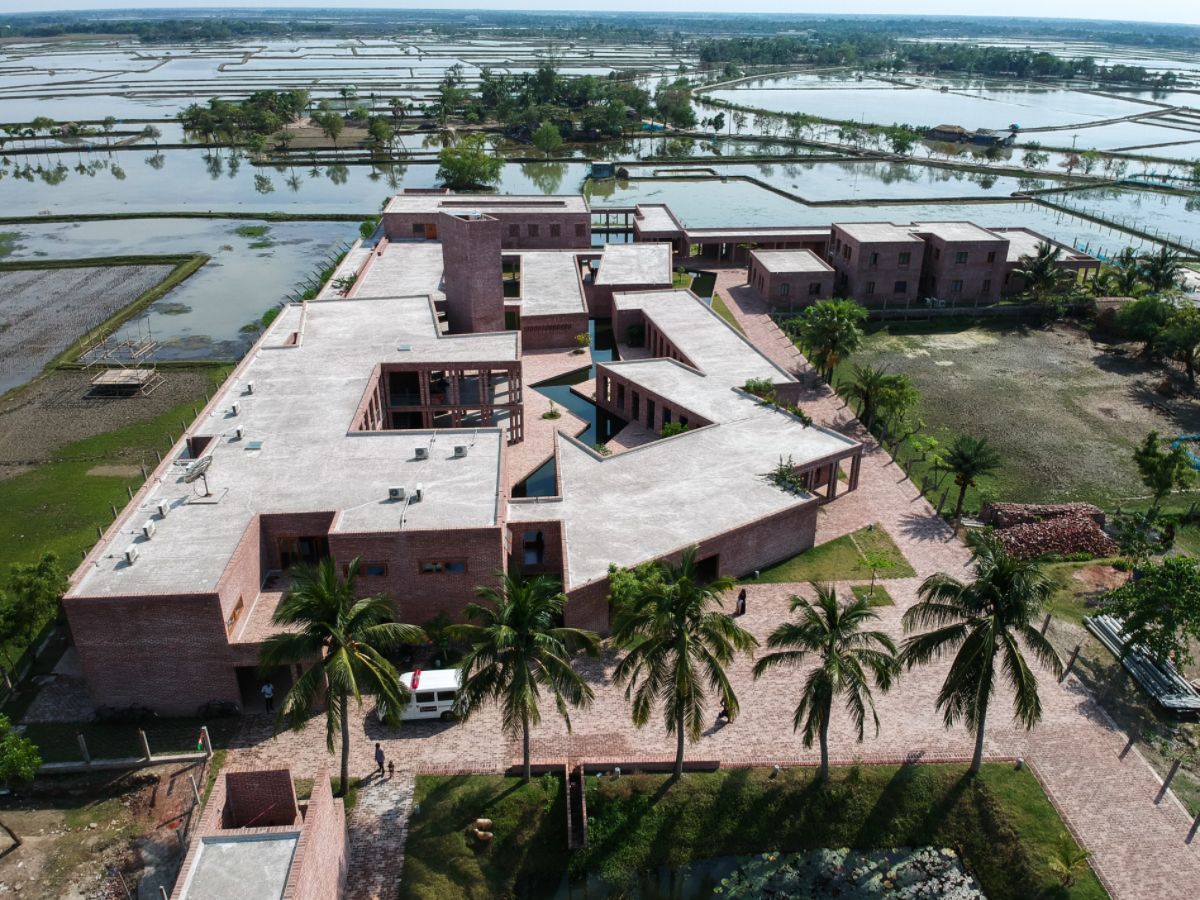 A community hospital in Bangladesh, a pedestrian bridge in Denmark and a visitors centre in Berlin have been shortlisted by the Royal Institute of British Architects (RIBA) for its 2021 International Prize.

Of the 16 projects long-listed earlier this year, three were chosen as finalists with the winner set to be announced in early 2022.

Speaking at the shortlist announcement, RIBA president Simon Allford described the trio as exemplars of the positive impact architecture has on global communities.

“Situated in a range of locations with various purposes, from a communal hospital in Bangladesh to an innovative cyclist and pedestrian bridge in Denmark, these projects are united by human experience at their heart,” he said.

“Collectively they demonstrate sensitivity to their surroundings and
local cultures, inclusive design, and sustainable solutions, and set a high bar for architectural excellence around the world.”

The first finalist to be announced was Friendship Hospital, Satkhira in Shyamnagar, Bangladesh.

Designed by Kashef Chowdhury/URBANA and completed in 2018, the almost 5000-square metre hospital, which serves a large rural area, pays homage to a village of Bengal hut typologies.

Arranged around a sequence of courtyards that channel ample light and cross ventilation into the buildings, the project was celebrated for its pragmatic approach to pre-exisiting environmental issues, incorporating a “canal” feature into the site to collect usable rainwater for drinking and help micro-climatic cooling.

The jury also made note of the architects “simplified, contemporary design” with the use of sealed local bricks not only providing “visual relief” for patients, but reducing maintenance costs.

Also shortlisted this year was James-Simon-Galerie by David Chipperfield Architects.

The Berlin visitor centre joins the Pergamon Museum and the Neues Museum, which was destroyed in WWII and rebuilt – also by David Chipperfield Architects – in 2009, as well as the Altes Museum by Karl Friedrich Schinkel on the Unesco World Heritage Site, Museum Island.

The brief for the Island’s new “front door” called for a mixture of front and back of house functions, and was designed to engage “honestly and directly with the extremely sensitive architectural and political territory”.

The jury applauded the architects for their response to the monumental neoclassical architecture of the other museums, which it navigated with sensitivity and skill without itself becoming “too stern or authoritarian”.

The final shortlisted project for the RIBA International Prize 2021 is WilkinsonEyre’s Lille Langebro bridge, which was designed exclusively for cyclists and pedestrians, disabled and elderly included.

Following an elegant curve that aligns with the great arc of ramparts and moat of Christianshavn Copenhagen, Denmark, the structure revitalised a part of the harbour that had been underused for decades, reconnecting it to the city centre.

Completed in 2019, the bridge is formed of two rotating sections, which open in unison, rotating its triangular structural members to address different locations and load requirements.

Described as both “beautiful and functional”, Lille Langebro was funded by city authorities in response to local needs – something for which the architects were applauded.

In 2018, the prize was awarded to Aleph Zero and Rosenbaum for their inspiring new school complex on the edge of the Amazon rainforest in northern Brazil.