Home • Architecture • Hassell’s vision for a settlement on Mars 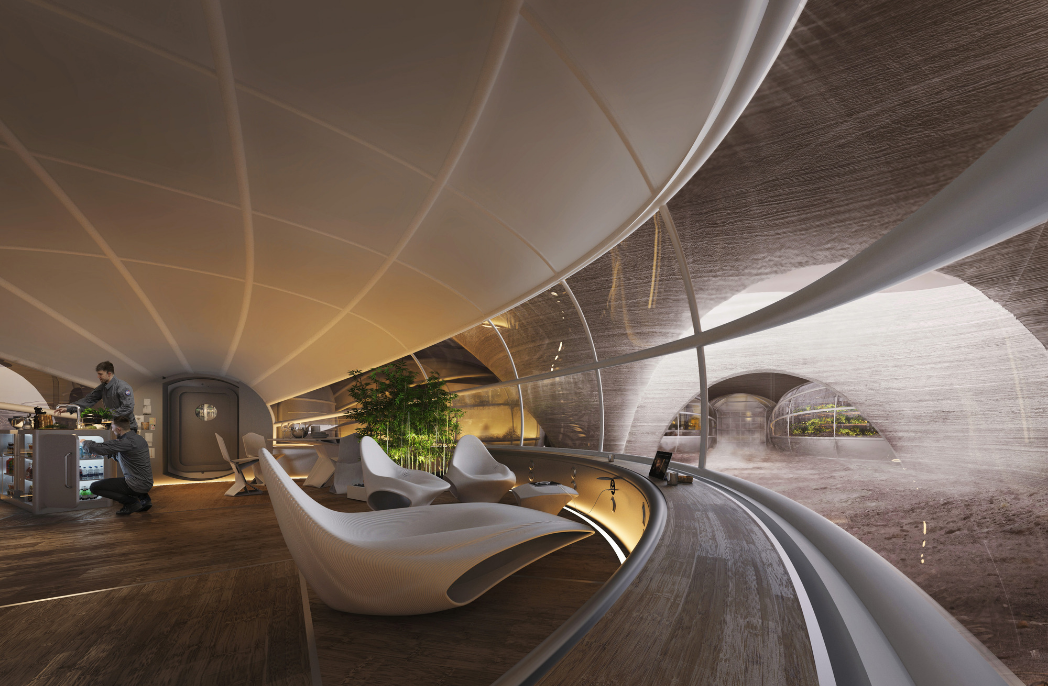 Hassell’s vision for a settlement on Mars

Not content to design only for the here and now, Hassell’s Xavier De Kestelier, head of Design Technology and Innovation, and his team entered a competition devised by NASA to present a world for life and living on Mars. The entry shows a new way of design thinking for our future and perhaps one day could become a blueprint for habitation in another world.

What was the brief and what enticed you to enter the competition?

The brief from NASA (National Aeronautics ad Space Administration) was to explore how a human habitat could be designed and delivered on Mars using autonomous three-dimensional (3D) printing technologies. There were so many new things to think about.

The parameters surrounding the design are suddenly super extreme, the building needs to be airtight, the engineering needs to be worked out properly, your life support systems have to work and you have to protect yourself against radiation properly – or you die!

So it’s really, really crucial to get all of these elements absolutely right, and I think that’s what is so exciting about this project, because you are really pushed to your limits. 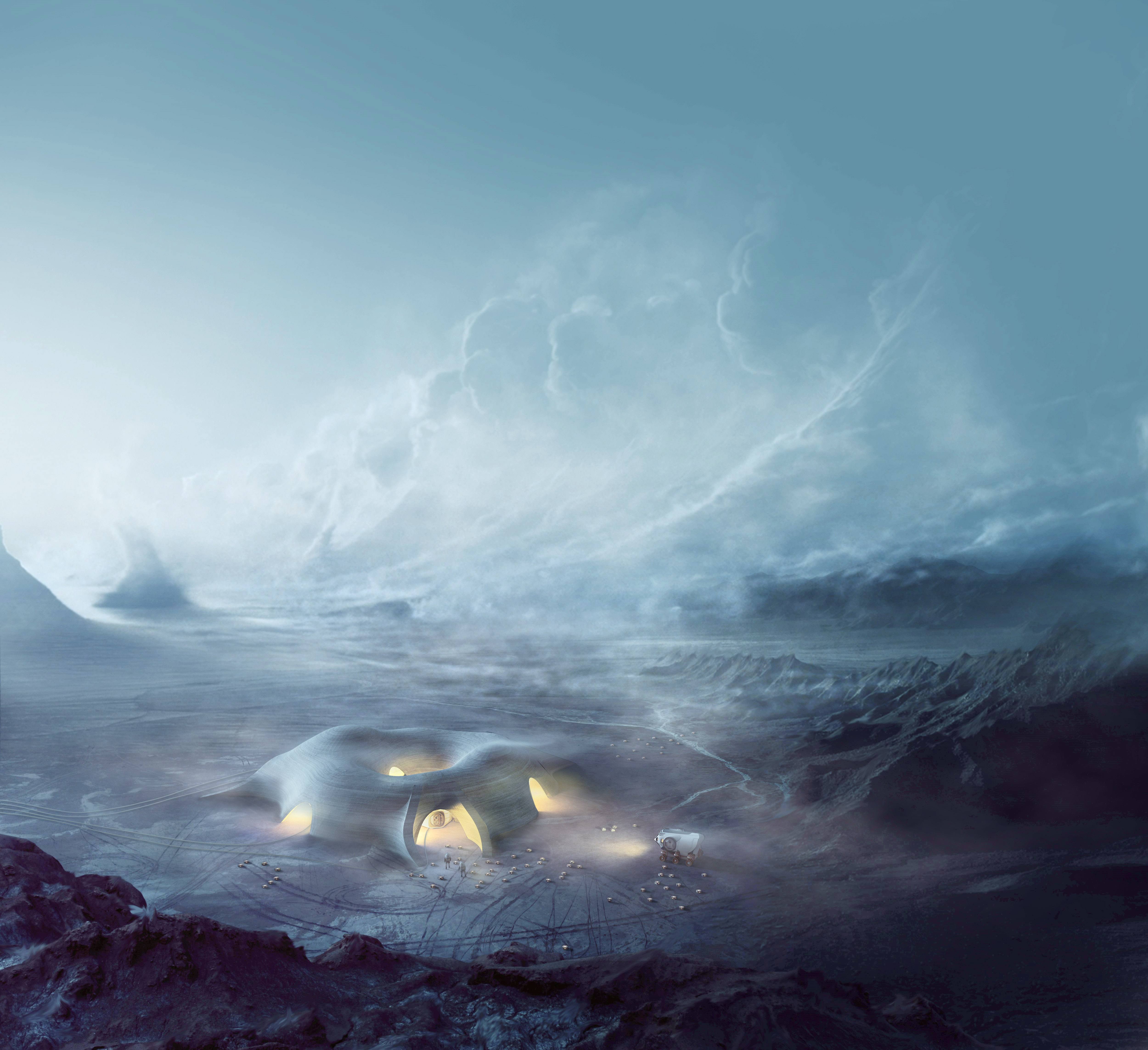 What was the thinking behind the design of the project?

I think a lot of the entrants looked at 3D printing as a way to create pressurised volumes for the astronauts to live in. Because of my experience with large concrete 3D printing over the years, we already knew it was actually quite a hard thing [to 3D print a large-scale structure], let alone do it on another planet in extreme weather conditions, low temperatures, under massive radiation levels and with no direct teleoperation.

You can’t control machinery on Mars from Earth, with delays of up to 20 minutes, so it all has to happen autonomously and it is exceedingly complicated. For this reason, we decided not to 3D print the pressurised volume, but instead to separate the habitat into two different sections – an outer shell structure and inner inflatable pods. 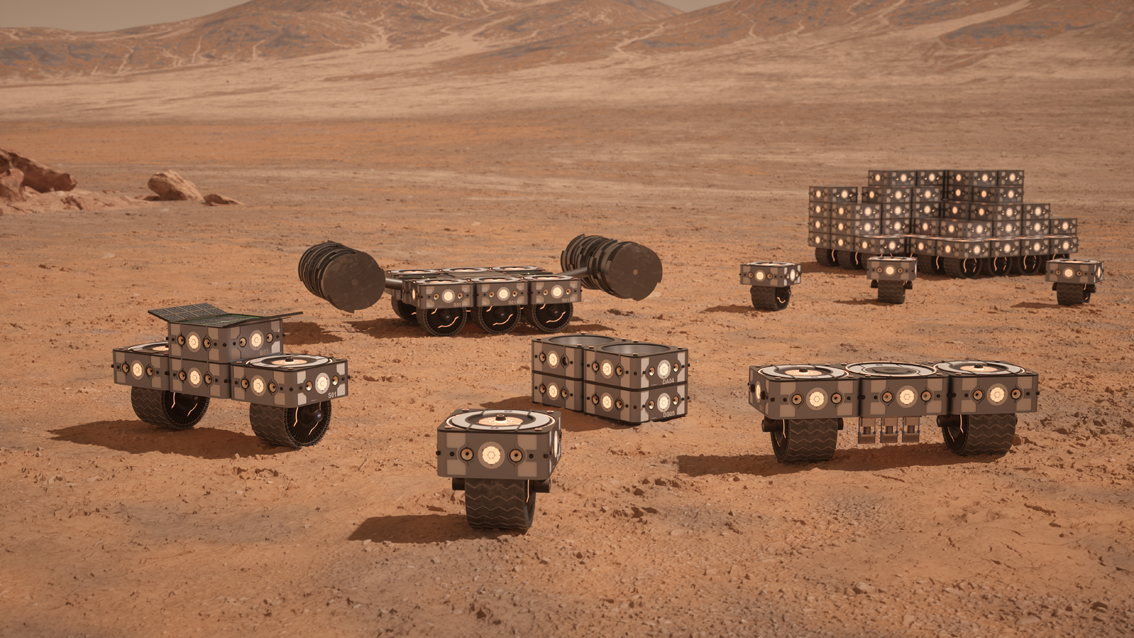 The purpose of the outer shell is to protect the astronauts from radiation, which is incredibly important. As this structure isn’t pressure retaining, it can be 3D printed quite roughly – it is almost like a big cave.

Once this is complete, then we would bring our inner, inflatable, fold-up structure from Earth, which has been pre- fabricated to exceedingly high standards, with very small tolerances. It is much easier for us to create something here, which would be pressure-retaining and would keep the air in. 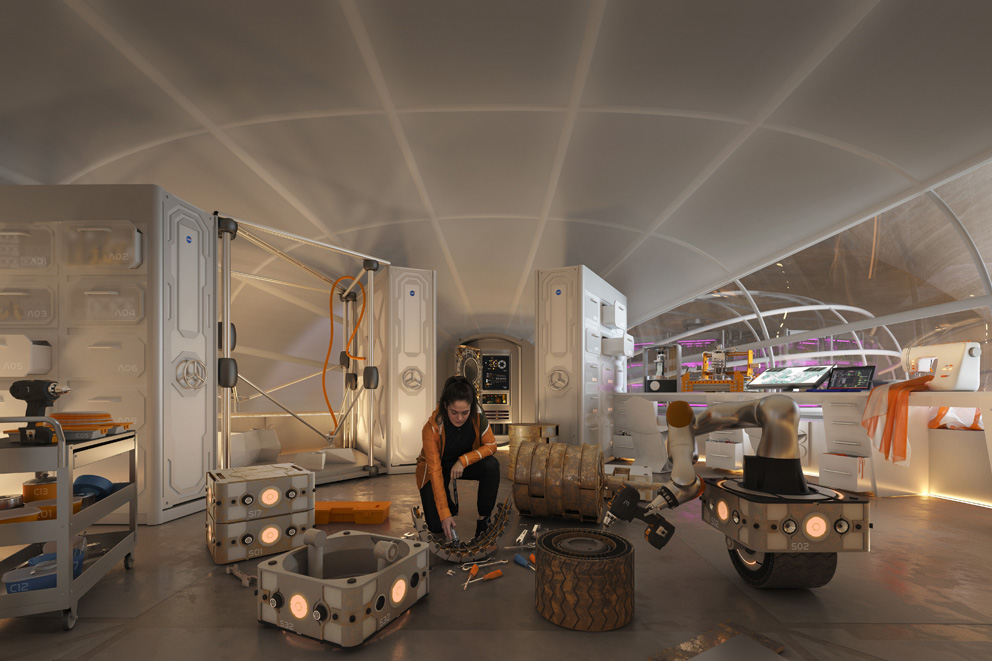 What did you want to achieve through the design?

We saw this as an opportunity to apply a human- centric approach to aerospace design. We have no idea how people will survive for three years in a Mars habitat – how will they cope psychologically? At present, design for space exploration is typically very functional – astronauts are surviving, not thriving. They are really skilled operators of a big lab or machine.

If they go to Mars, they will become Martians; they will become the first people to live on another planet, which is very different to anything we’ve done before. We wanted to provide a degree of comfort and familiarity for the astronauts – provide an environment where they feel safe and equipped to do the most important work in the history of space exploration. 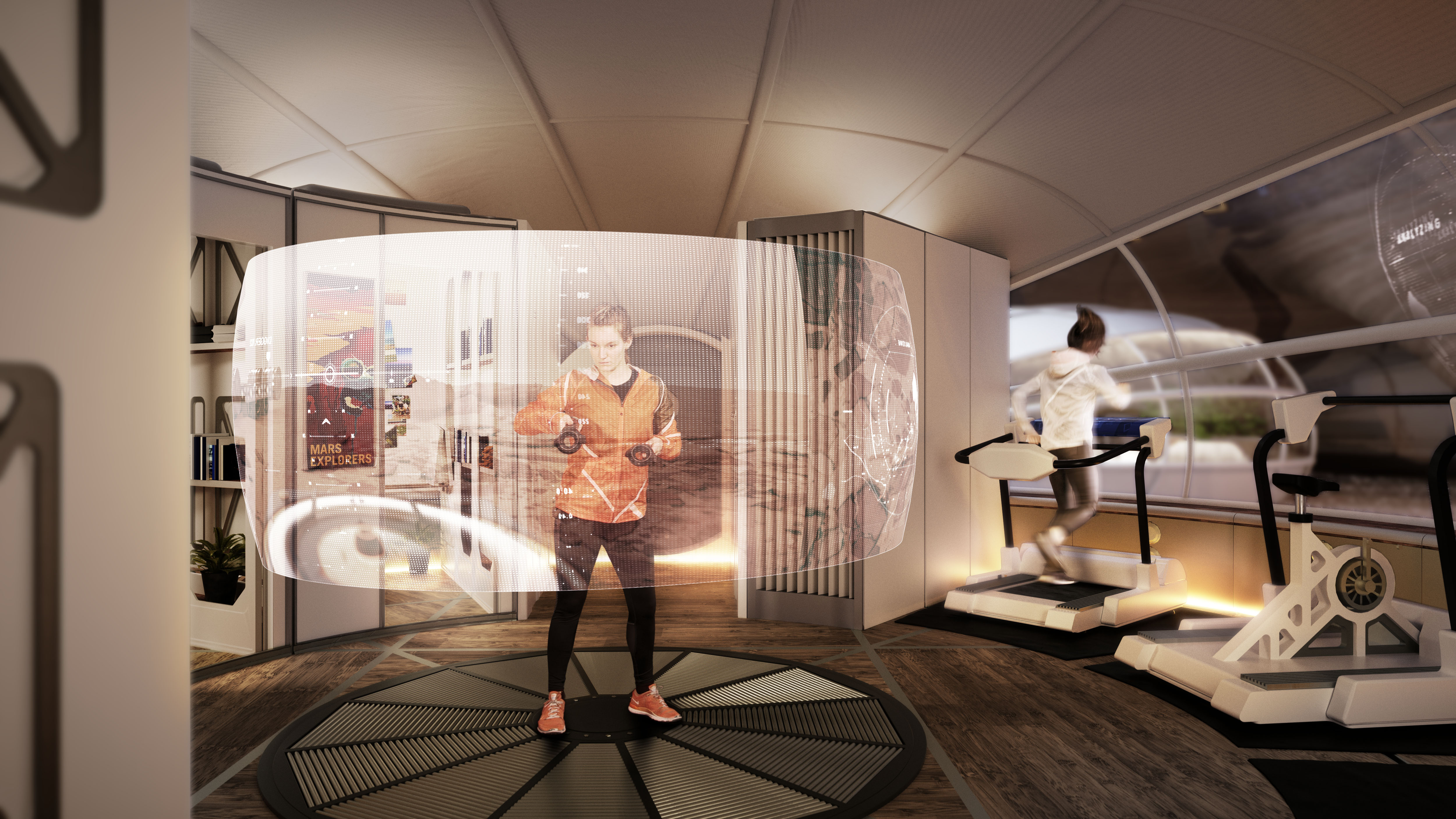 What were the components of the design and were there collaborators?

The habitat consists of six different pods, which are connected by six connectors – all air-locked or connected to the rover or the suit ports. Each of the pods is fitted with a moving rack system, which can become a kitchen unit, a bathroom, a sleeping pod or a lab/experiment area, and these can be connected together to make the space more efficient.

The project was developed in collaboration with a wide range of specialists including Martian meteorologists, radiation experts, space anthropologists, roboticists, structural engineers and mining engineers. 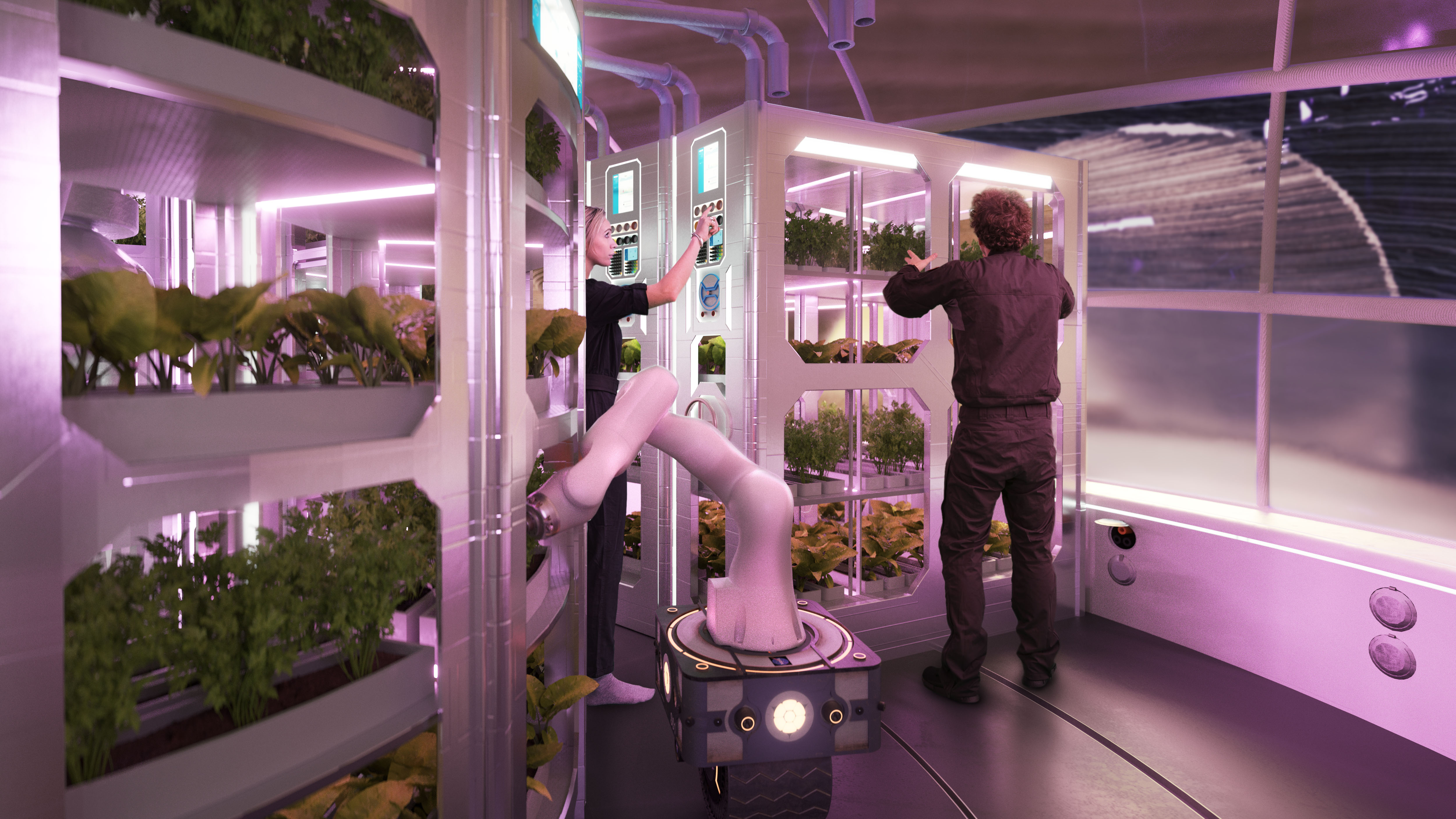 Were there any difficulties in realising the design – literal or imagined?

If you look at Mars habitation projects that have come before, you could always split them into two categories. On one hand, you have really detailed, engineering- led studies that often look at a particular part of the Mars habitat; for example, air locks. And on the other side of the spectrum there might be what is often called the artist’s impression, which is a vision of what the habitat would be, but doesn’t have the scientific or engineering backbone, so it’s just quite ‘fluffy’.

What we tried to do was find that really important middle ground where we are still giving an overall vision of what a Mars habitat could be, but always had our feet in science and engineering, so it was realistic in terms of the design. That has always been my approach within the space habitat field – to come up with something that is visionary but is not science fiction. 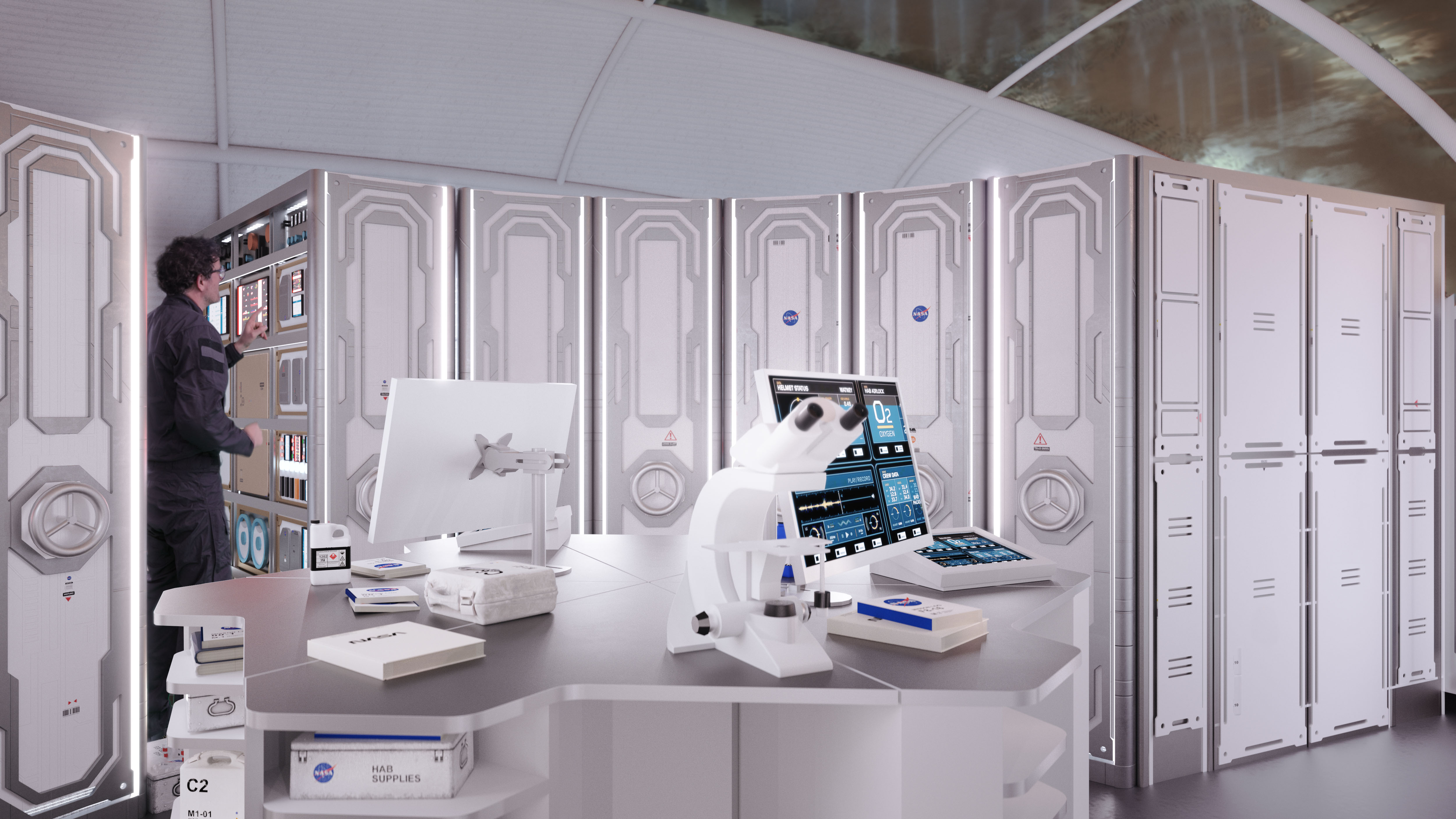 Was it challenging designing for the future instead of the here and now? If yes or no, why?

I wouldn’t say it is designing for the future; it is designing for extreme environments. If the technology was there, we could do it tomorrow. We aren’t using any processes that either haven’t been invented yet or aren’t in development at the moment.

We were basing everything on a kind of science that is already here or is at least being developed or due to be developed in the next couple of years. At the end of the day, it’s not future gazing; it’s really looking at solving a very complex contemporary problem. 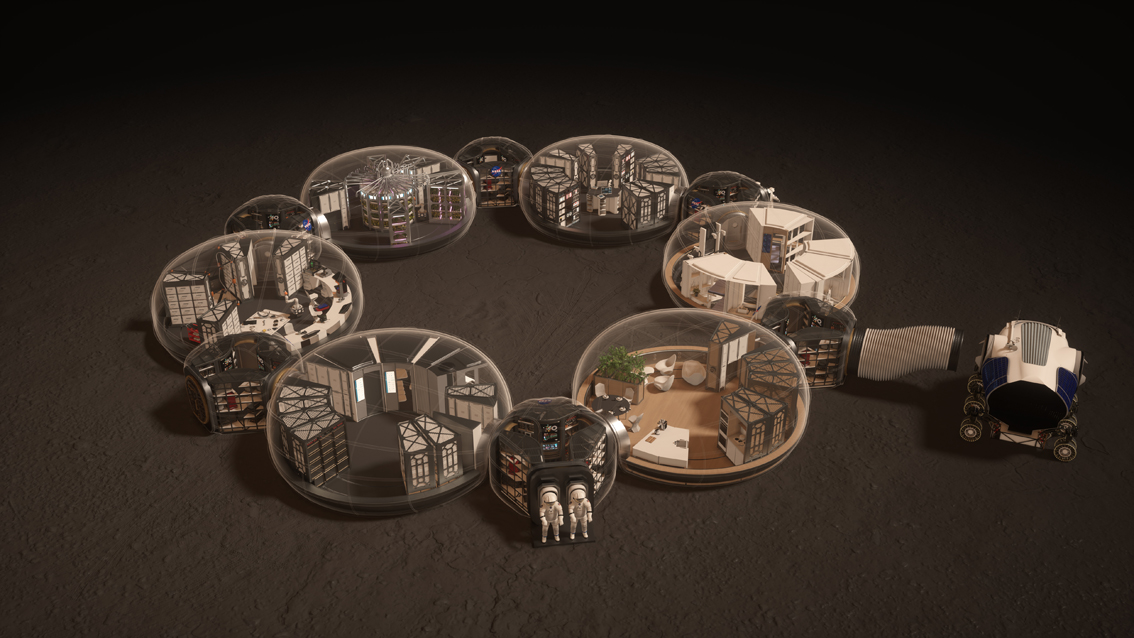