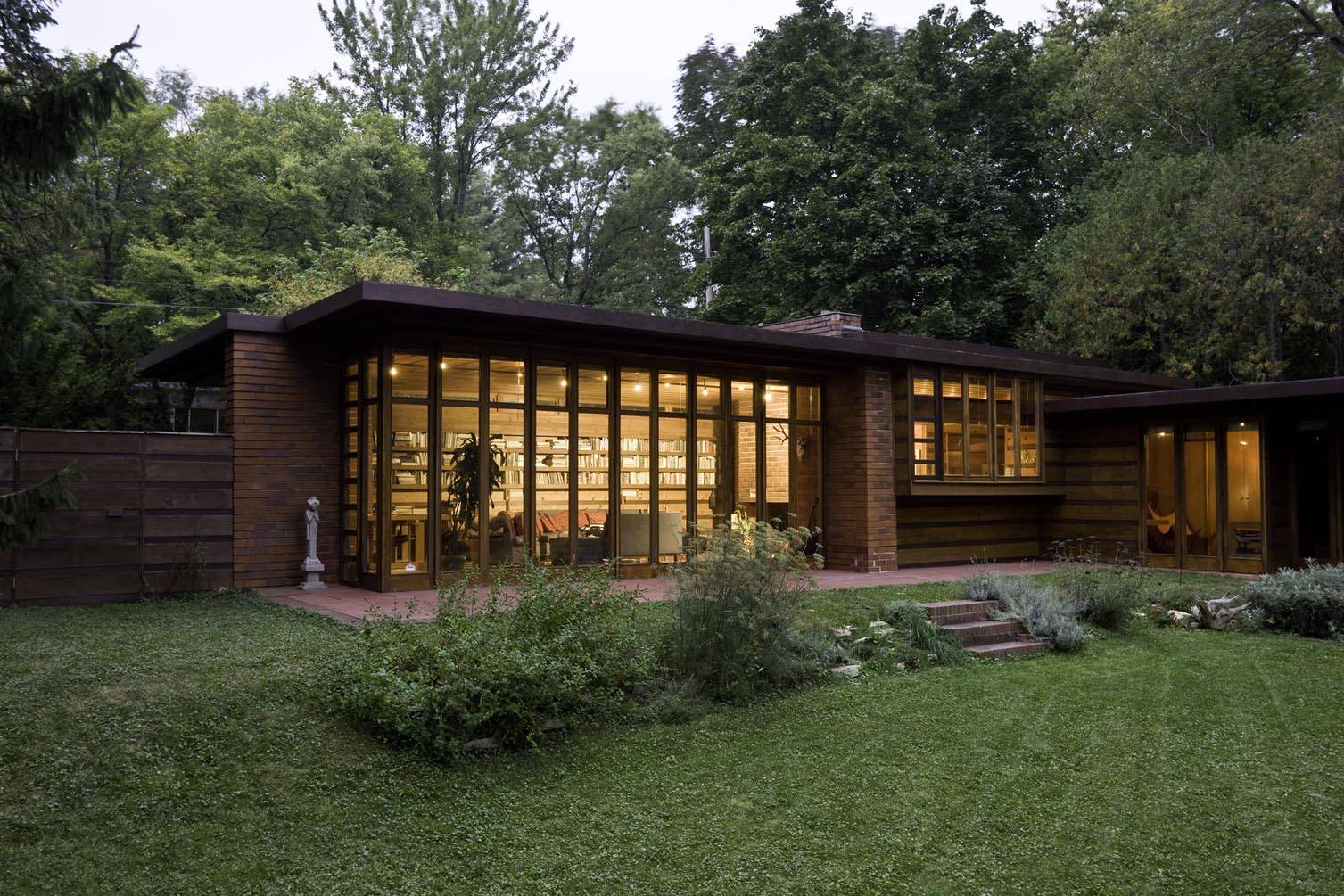 In a two-part series, popular design podcast 99% Invisible recently delved into the history of Frank Lloyd Wright’s utopian vision for post-war America. The low-cost housing model, coined Usonia and used by Wright to refer to an ‘idealised vision of the United States at its democratic zenith’, was one of the manifestos of the self-professed ‘greatest architect of all time’.

Part of the vision was to house the whole population in comfortable, well-designed homes that would, most importantly, be affordable. Despite the 80-odd years since the idea first came about, the principles are still at the forefront of many Australian’s minds today given the unreachable home ownership costs and the alternative routes that are now popping up, such as Nightingale and Assemble.

Part one of the podcast explores the very first home to be built by the Usonian methodology. Jacobs House 1, which was built for a journalist and his young family, sits low to the ground and preferences natural and easily accessible materials like timber, brick and plasterboard. Most interestingly, the project was designed and built for just $5,000 (approx. AUD$110,000 in today’s currency). This sum seems almost unfathomable, alas the prototype was the only home to be built at such a low cost.

Listen to the first 25min episode on 99pi

Part two of the podcast looks at the development of Usonia, New York, a co-living development that cropped up less than 10 years after the first Usonian home was built. The community aimed to bring like-minded people together and was spearheaded by one of Wright’s students from Taliesin. Drawing on the notions of affordable homes and a new type of community living arrangement, Usonia New York was also master-planned by Wright and featured circular housing blocks arranged in an organic manner.

Taking the notion of shared ownership, the residents paid a communal mortgage. Each person paying for all the houses together, on land they all owned collectively. In the end, the risks outweighed the reward as construction costs soared, among other issues that have arisen over generations.

Listen to the second 20min episode on 99i

Usonia, as Wright had envisioned it in the ’30s, never came to pass, although the fact that these alternative housing models are increasingly emerging into the Australian mainstream is an indication that now is a time for experimentation.

What insights can be taken from the Usonian utopian world? Let us know what you think in the comments below.