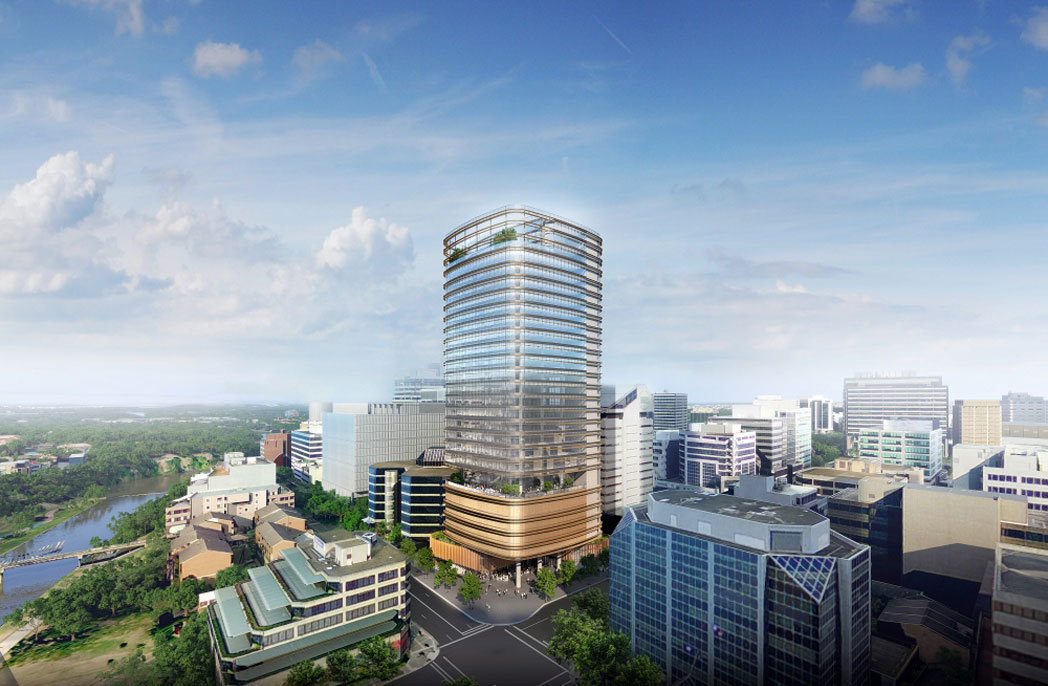 The Parramatta City Council has selected a shimmering translucent tower designed by Fender Katsalidis to go up in a prime spot in Sydney’s Parramatta.

Selected as part of a council-run competition, the $230-million project will be led by GPT Group and is part of the city’s vision to turn Parramatta into a cultural and entertainment precinct. The new commercial tower will be located on the corner of Smith and Phillip Streets, a position that is considered to be a gateway to the river from Sydney’s CBD. The design takes this factor into account by opening up the ground plane to become a public space.

Mark Curzon, principal at Fender Katsalidis’ Sydney office, led the design of the project. Curzon has previously worked on high-profile commercial projects such as 1 Bligh Street, bringing a level of skill to this latest project. 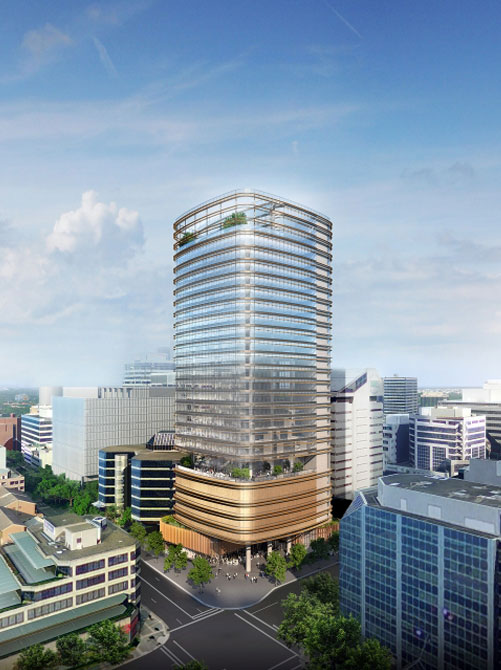 “It’s an incredibly transparent building. It will be the most translucent building in Parramatta,” adds Curzon.

To provide shade to the building, the façade has an external timber louvres system which will respond to differing solar orientation. 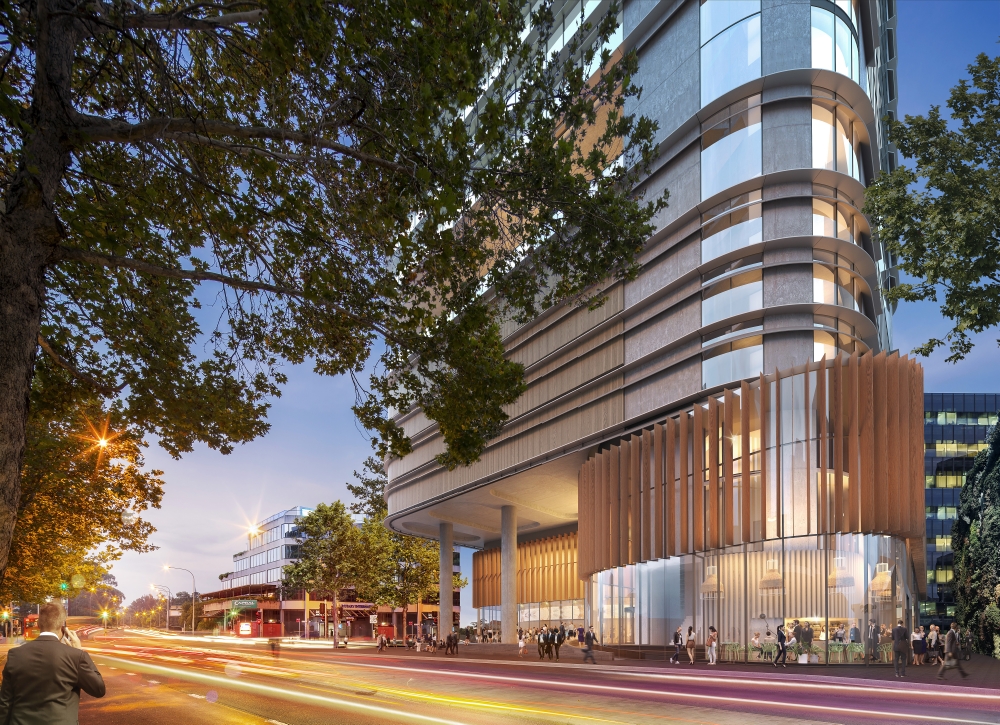 A key design feature of the tower is the openness of the ground level. The jury noted that they were impressed by this consideration in the design.

Looking at the ways in which pedestrians already move around the site, the tower features a set-back podium to open up the corner and provide a visual connection to the river.

When explaining the design with its two distinct forms, Curzon says, “The pedestrian flow-lines began to shape the podium into soft, pebble-like forms. These open up the river vista and create an impressive north-facing urban ‘room’, an open-air gathering space that is given shelter and shade by the building’s main tower form.” While still complementing each other, these two pebble forms will be utilised for different purposes, one being a commercial lobby and the other retail.

In addition, glass has been used for the ground plane, including the loading dock and lifts. This material was chosen to increase natural light and play with the transparency of the tower.

The design elevates the car parking levels to 12-metres above the ground. This aligns to the neighbouring John Andrews building, reinforcing the scale of the existing street wall.
“The city loved that our design is both spatially generous and flexible,” adds Curzon. “The floor-to-floor height of the car park floors could easily be transformed into other useful spaces such as commercial spaces in the future.”

Immediately above the car parking is an “oasis level”, an outdoor terrace that provides tenants with the opportunity to enjoy the northern river views. This vital level provides a waistline to the building that references the existing scale of the street wall and announces the base of the tower.