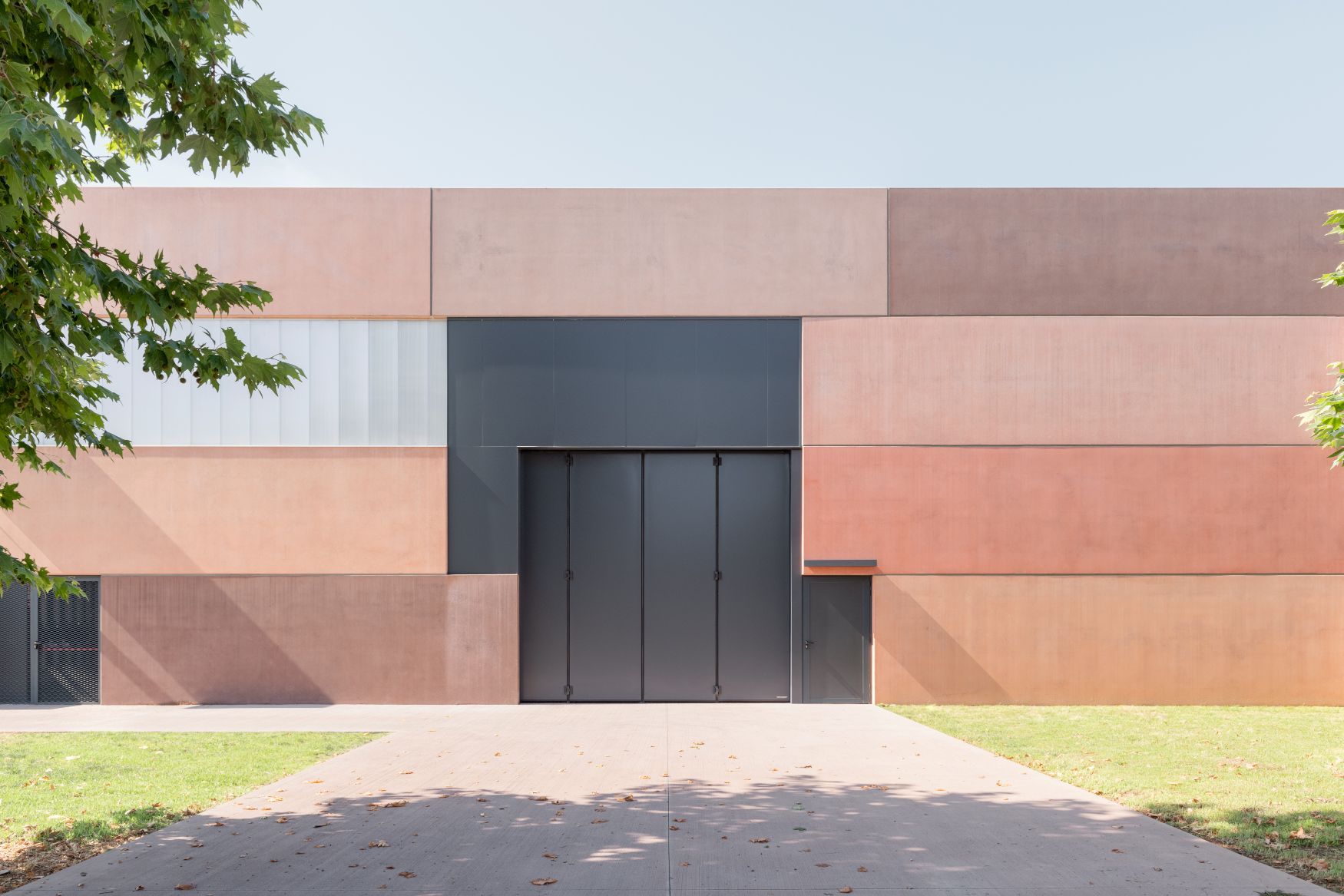 Italian architecture practice ELASTICOFarm has hidden a message in the concrete panels that wrap around the National Institute of Nuclear Physics in Turin, Italy.

Only visible under certain conditions of air humidity, the feature is being described by the studio as “an experiment on the skin of a building created for experimentation”.

The new complex in the country’s north is part of the National Research Council, and aims to promote collaboration between the institute and the national body through the development of common research activities and programs.

“And by reinterpreting it, avoids the repetition of the typical image of industrial warehouses.”

Prior to commencing the new complex, ELASTICOFarm, which is based in the Italian cities of Chieri and Pordenone and Toronto, Canada, had been experimenting with large reinforced panels on a building’s facade.

For the National Institute of Nuclear Physics, the practice deconstructed volumes through a palette of earth-toned reinforced concrete panels that protrude beyond its boundaries.

“The result is an innovative building,” says ELASTICOFarm. “The embodiment of a new idea for productive buildings that become spaces for creativity and sharing.”

Inside, the volumes of the almost 2000-square-metre building vary in height and articulation in response to the different functions accommodated within.

A shopping space occupies a large hall before transitioning into the more compact laboratories, office and service areas.

“The arrangement in different volumes also allows us to mitigate the impact of the new building on the existing one, ” adds ELASTICOFarm.

“Also it relates more coherently with the exisiting office building to which it is connected through a glass corridor.”

While the new complex has been placed at the centre of the 7500-square-metre lot to allow for future expansions, attention has been paid to how it interacts with its surroundings.

A tree-lined walkway and entrance courtyard were added by the architects to ensure the open spaces didn’t feel “residual”. A green area was also incorporated within sight of the canteen and technical service area.

Led by Stefano Pujatti, Alberto Del Maschio and Sara dal Gallo, ELASTICOFarm is an architecture and product design studio based in Italy and Canada. In the past, Pujatti has spoken at RMIT University in Melbourne.