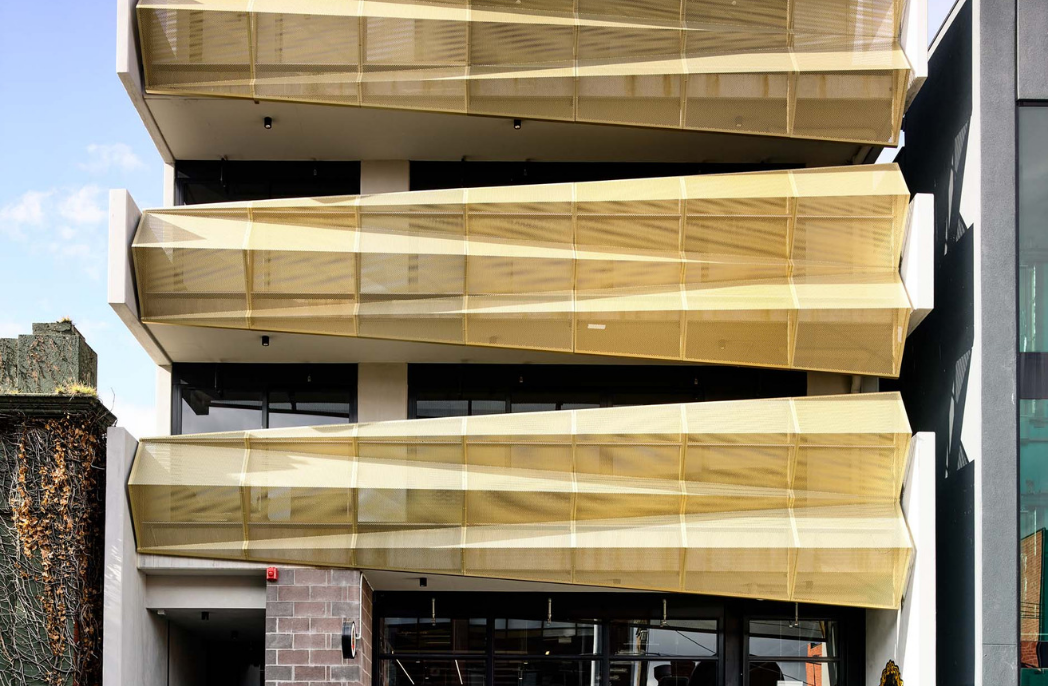 Architects EAT on designing a modern workplace for K&K Industries

How was Architects EAT chosen for the project?

The client is a shopfitter that we have collaborated with on many past projects, and we are quite familiar with the site in Cremorne, as they have been there for number of years. We have talked about this project on and off casually, and EAT was fortunate enough to have been engaged by them. 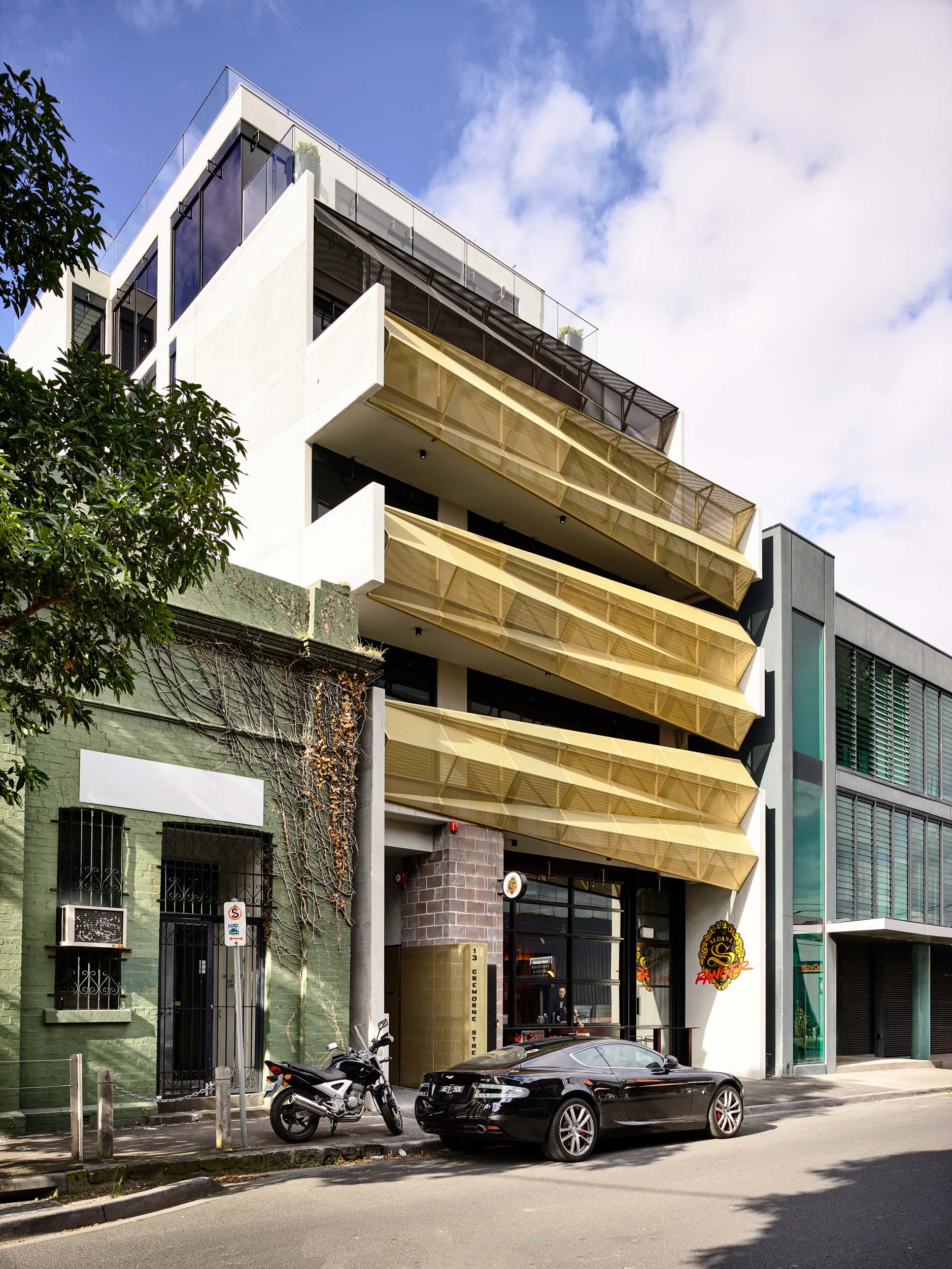 What was your main inspiration for the design and how did it differ from other recent Architects EAT projects?

It has been difficult to conceptualise and accept three things together – a new urban narrative, a tight urban site and an aesthetic that speaks of our client. The architectural outcome is greatly different from other EAT projects.

It is flamboyant and loud; however, it is appropriate for the site and the client. I suppose it is still very ‘us’, being that we create buildings that are intimately connected to their function and individual context. 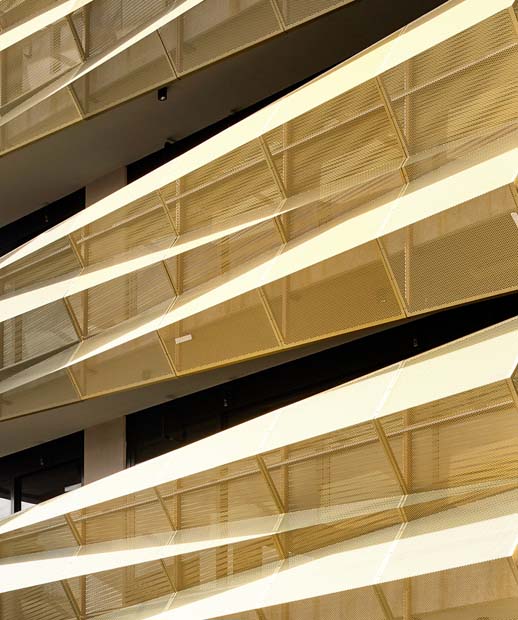 The gold pleated façade on Cremorne Street has complex underlying meanings: the accordion folds compress the impression of height of the building to a more human/pedestrian experience; the horizontal lines continue the linearity of the street façades; and the precision of construction of the pleats speaks of the craftsmanship that exists in the shopfitting scale.

(What’s the point of designing something only to find out later that the builder is not capable of [executing it]?) Whereas the Dove Street ‘back’ façade is our little contribution to the pre-existing Cremorne industrial context – the unassuming red bricks together with the finer hit ‘n’ miss articulation add back that character to the familiar streetscape. 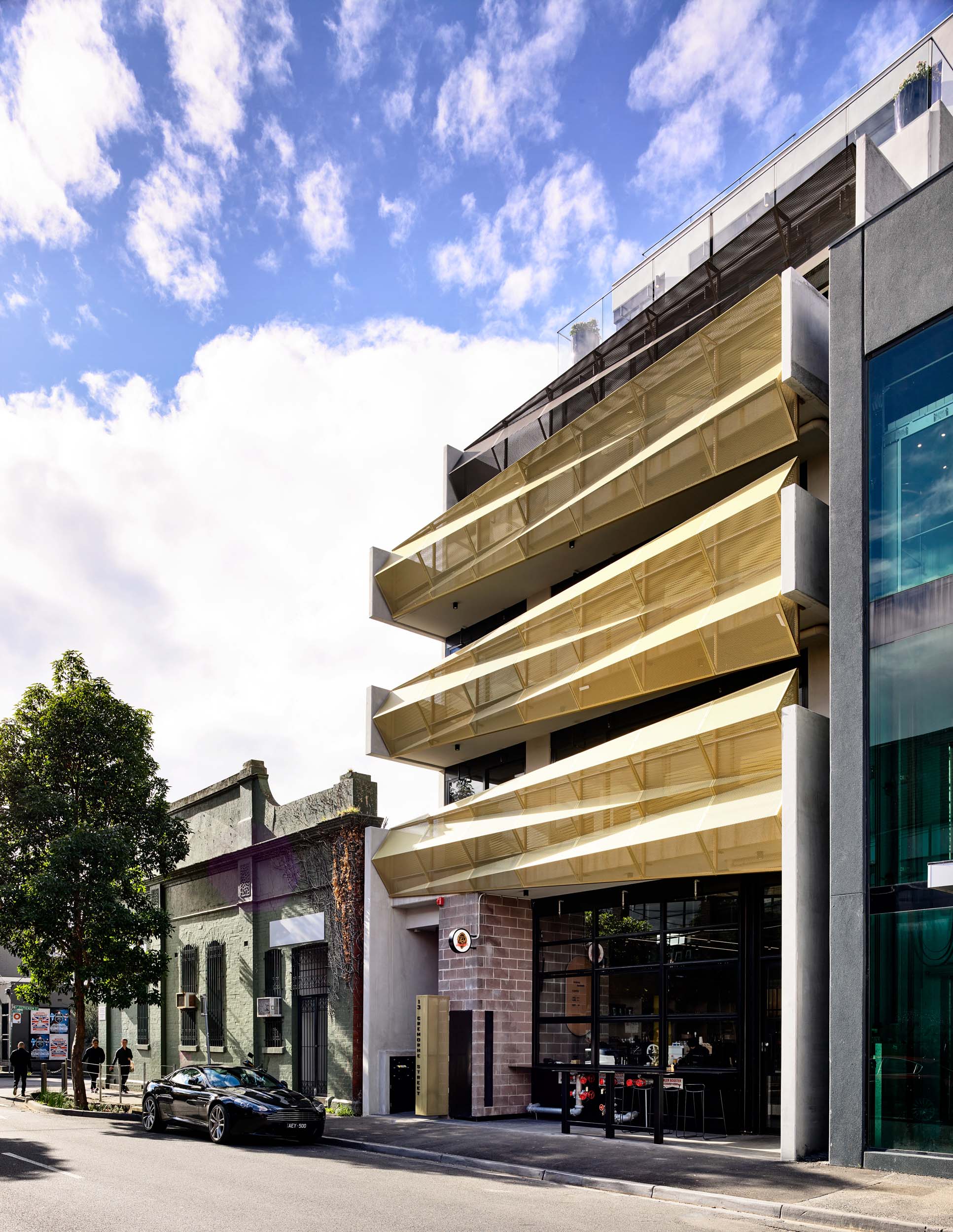 The project was commissioned in late 2013 and was completed in early 2017, so almost four years from start to finish. 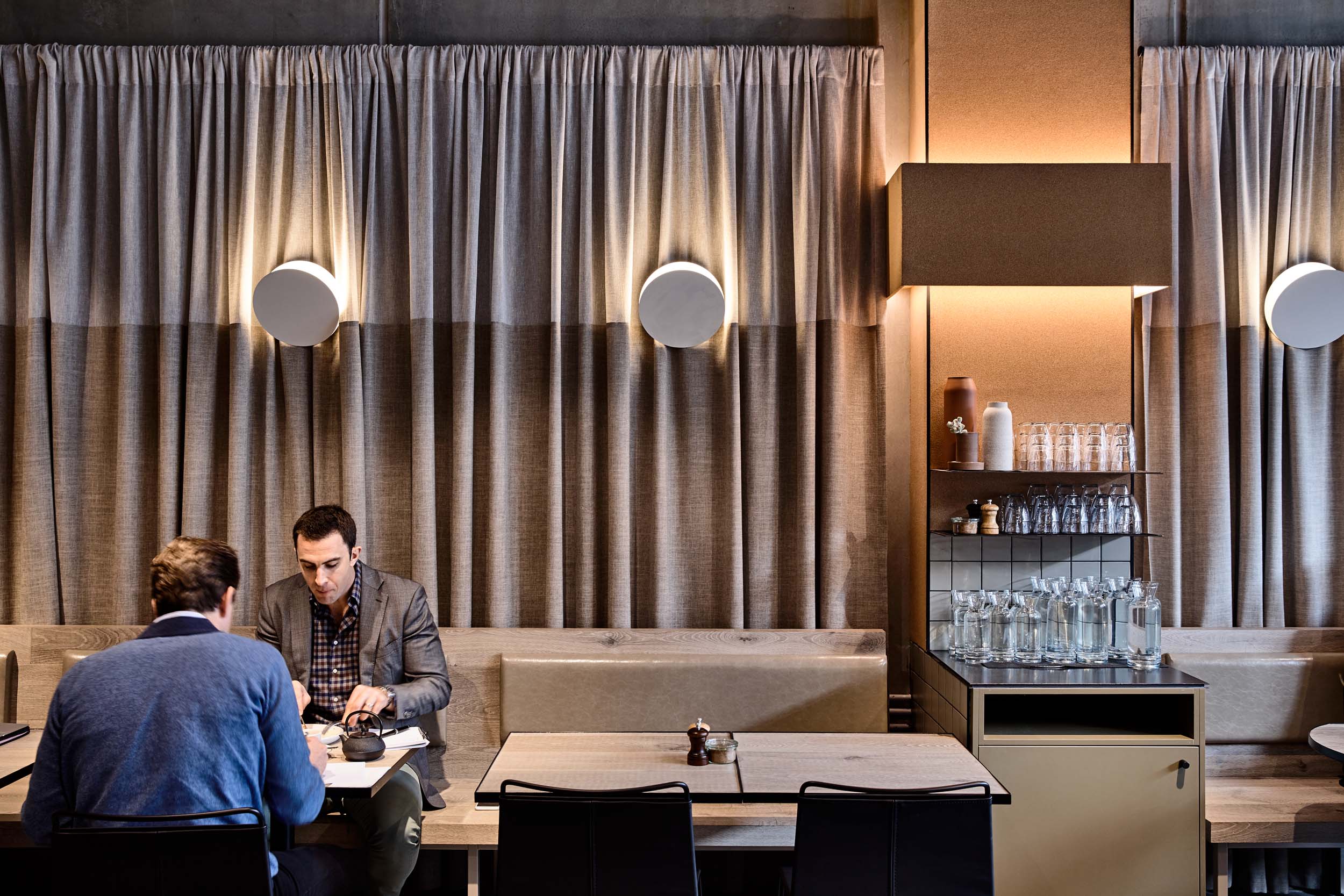 The client was supportive from the very beginning. Being in the industry has also helped them understand what they are getting into. This was also the largest building that they have built, so a lot was at stake for them. So, yes, they were definitely very involved from start to the end. 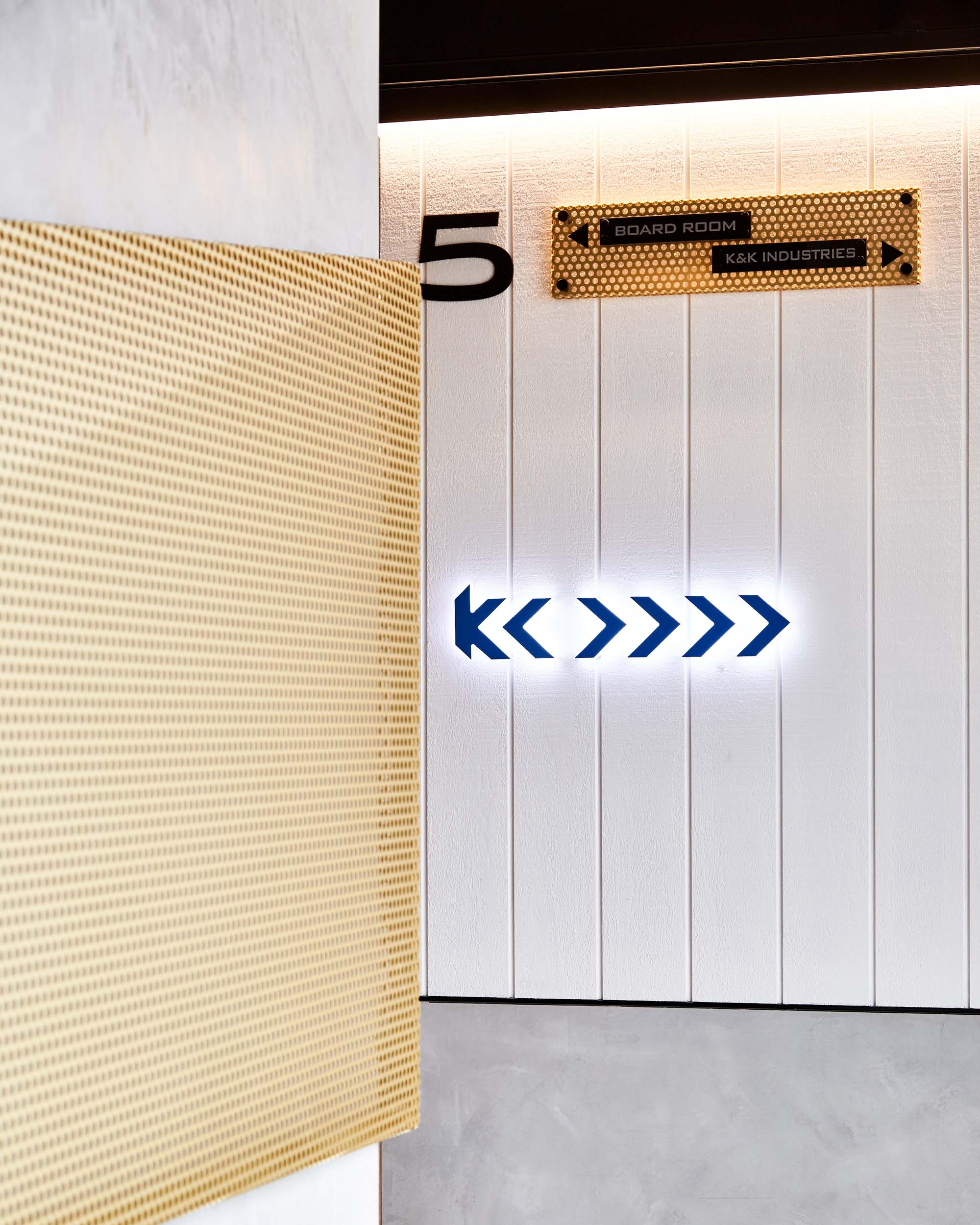 As we were not only being engaged as the architect, but also as the interior designer for the ground floor café and their top floor office fitout on separate contracts, our roles have been blurred and not clearly defined. This made the flow during construction quite confusing, and at times difficult. 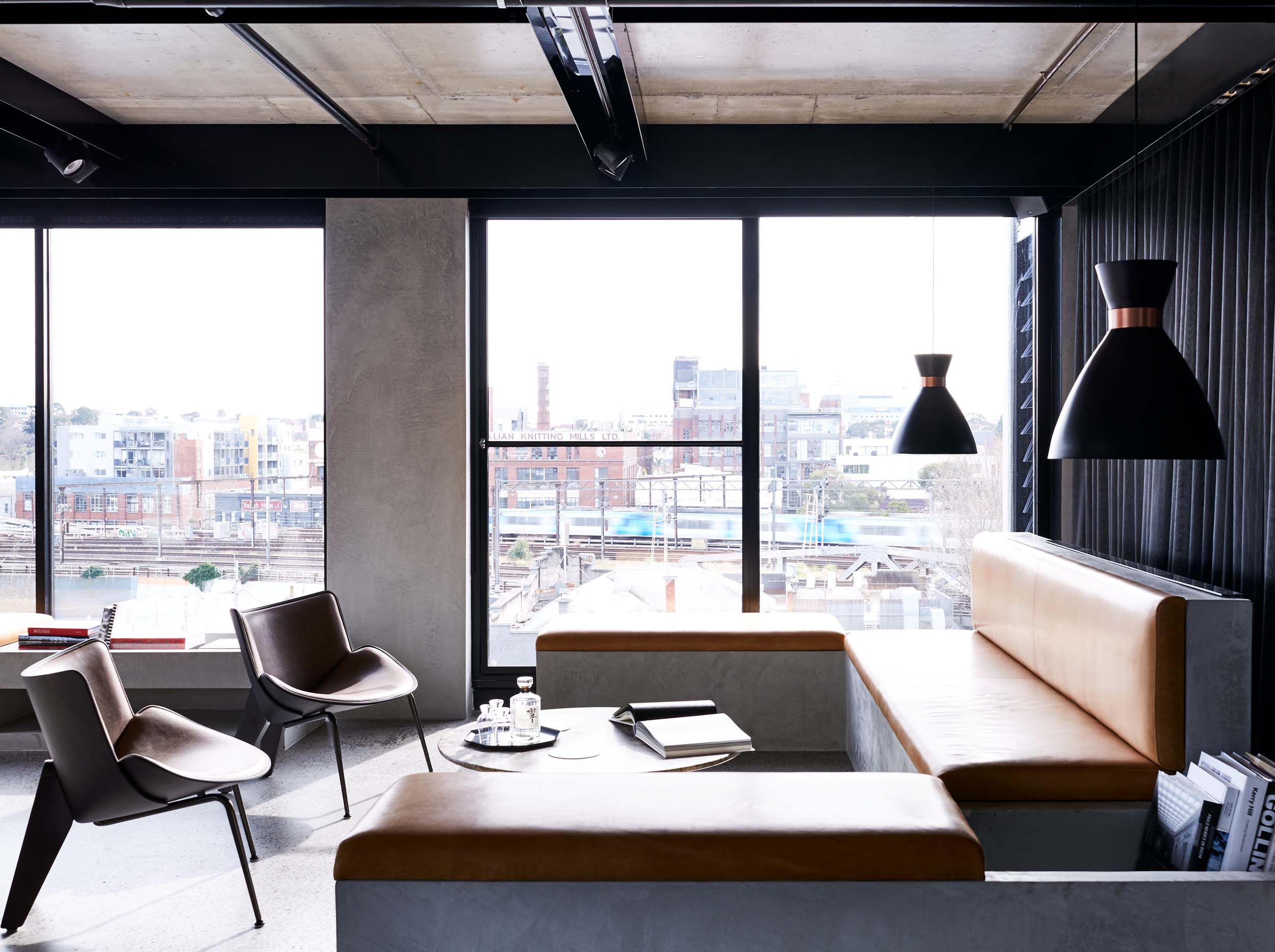 We haven’t been asked to go back much at all. As they have built, managed and occupied the building themselves, they’ve pretty much taken care of all, if any, issues that might have happened.

Australian workplace design is for the future, not just for show