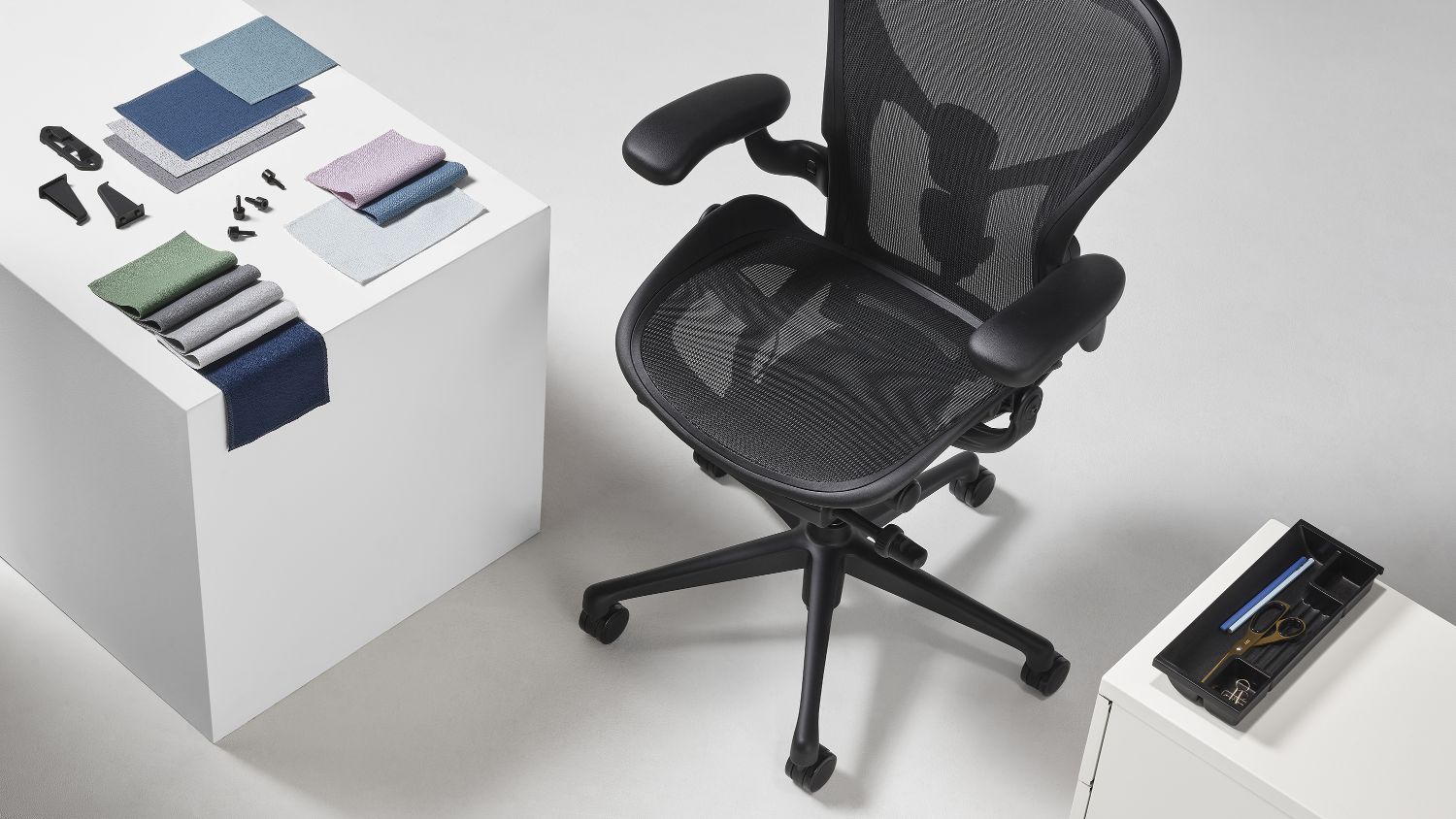 Stewardship of the environment has long been a priority for Herman Miller; the planet is at a pivotal moment in its climate crisis.

Every year, an estimated eight million tonnes of plastic enter the ocean. A critical strategy to disrupt this damaging trajectory is to demonstrate the value of ocean-bound plastic and its ability to be repurposed as a commercial product at scale.

Enter Herman Miller and its ambitious commitment to sustainability and social consciousness.

In 1993, the leading innovator established a goal of zero waste; by 2010, it had achieved 50 per cent carbon neutrality and since 2019 has used 100 per cent renewable energy.

Working towards a long-term goal to increase recycled content to at least 50 per cent across all material the company uses by 2030, it should come as no surprise that Herman Miller is one of the founding members of the consortium NextWave Plastics.

NextWave, an open-source initiative of leading multinational companies convened by Lonely Whale, is the first of its kind to create a global supply chain for ocean-bound plastic.

Ocean-bound plastic is material (bottles, jugs, caps, for example) that has not yet found its way into the water and is often found within 50 kilometres of the coastline.

When plastic waste builds up in coastal cities, suppliers work with local communities to collect the plastic. Once collected, the material is refined – ground, washed and pelletised. Manufacturers then test and re-engineer the plastic to be incorporated into products.

Aside from the obvious environmental impact, Herman Miller is making an impact both economically and socially by working with coastal communities in India and Indonesia, increasing demand, creating jobs and boosting economies.

As a passionate advocate of sustainability and a specialist in workplace design, COX Architecture senior interior designer Freya Robinson believes: “Design isn’t just the fluff or the pretty surface, it is about making a positive contribution. At a brand value level, I align with what Herman Miller is doing – designing for the good of humankind.

“Herman Miller has always been leaders in the market and has developed a strong history in terms of design, research and development. Its products are more than just an aesthetic object.

“On a personal level, it’s really exciting to see an incredibly respected and global brand partner with NextWave Plastics and be the thought and industry leader on this scale.

“We have long been able to get away with a ‘less harm’ approach rather than invoke a design revolution. We need people to show leadership in this space, not just talk about it, to address the critical issues of our time.”

Launching in Australia in November 2021, Aeron Onyx Ultra Matte, a new colourway from Herman Miller, will contain up to 1.13 kilograms of ocean-bound plastic waste per chair.

Robinson exclaims: “I am thrilled to see that the Aeron Onyx is the same chair, but better. The ultra matte black is also a true black. Task chairs do not often get enough attention. They’re the thing that someone sits in all day, allowing you to do the job that you need to do.”

Parts of the OE1 Workplace Collection (launching November 2021), the Sayl Chair available in Europe, utility trays as part of pedestal units, and its latest textile collection, Revenio, which is made of 100 per cent recycled materials and includes a biodegradable polyester will also include ocean-bound plastic.

The company is further reducing its footprint by adding ocean-bound plastic to returnable shipping crates and poly bags used to keep products safe during transit.

Up to 234 metric tonnes of plastic or approximately 13 million bottles will be diverted from the ocean annually by integrating ocean-bound plastic into these products and packaging solutions.

Robinson’s advice for industry colleagues: “Architects and designers need to specify Herman Miller products as a value proposition, not a cost.

“We have a responsibility as a profession to make sustainable choices in collaborations with clients, project managers and consultants. We should all take the long view, but act now.

Herman Miller have always created classics. It’s behind incredibly established, timeless products that continue to perform. Not just pieces that can be upcycled or recycled, but pieces that do not deteriorate in value or function.”

As for the future, Robinson is optimistic.

“We have the power and responsibility to positively contribute to changing the future for, not only our clients, but also the planet. It is a responsibility. Alongside Herman Miller, we can make a positive impact.”