Home • Process • For the People: In conversation with Dale Hardiman 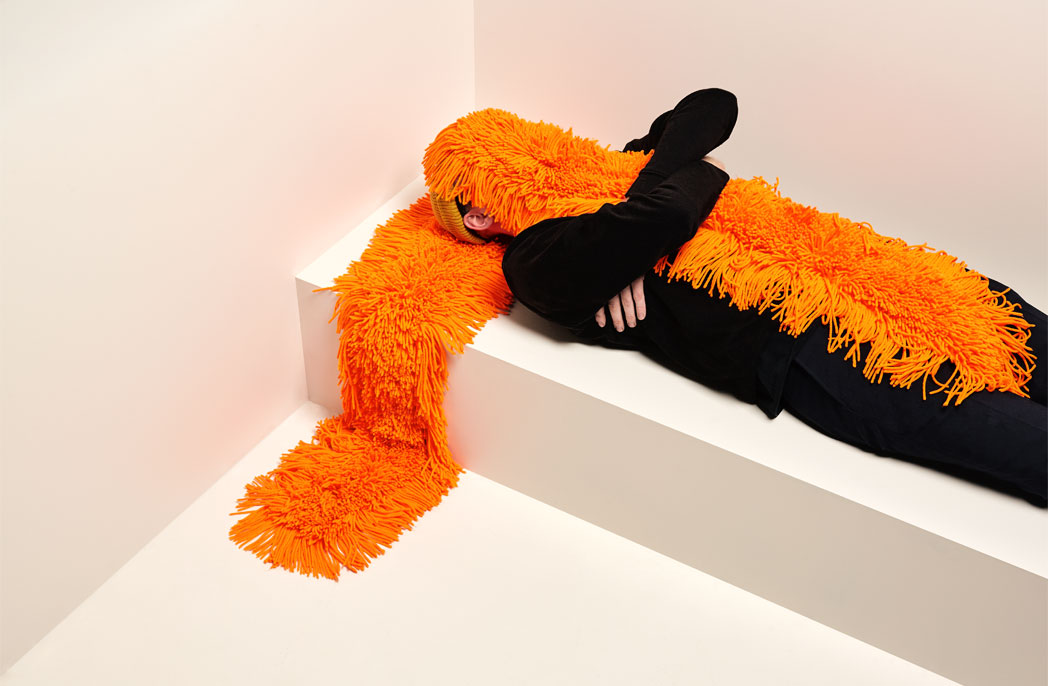 For the People: In conversation with Dale Hardiman

Image above by Elise Wilken.

I’m pretty much telling you my life story here!” says Dale Hardiman, the Melbourne-based designer whose work extends beyond himself and certainly gives just as much as it takes. Speaking from Adelaide’s JamFactory, where he is a guest inspirer, Hardiman’s journey-to-now is a not such a distant memory and one he can recount faster than his inspired reputation has emerged.

Growing up in Bendigo, Hardiman had no interest in design, nor furniture for that matter. It was deemed to be “something in the middle” by him and his family. As he says, furniture was just “facilitating something for someone else”. But, as luck, for us, might have it – this unassuming rural lad found himself studying furniture design at Melbourne’s RMIT and very soon became a focal point of a creative world beyond his imagination.

Initially thinking he would learn to create ‘functional sculptures’, Hardiman quickly realised he wasn’t all that interest- ed in functional furniture at all – he was interested in exploration. Having taken a gap year to work so he could afford his education, design was not a luxury and nor were materials. With his first project, Kids Straw stool, created in 2011, Hardiman was already flying in the face of the usual response to a student project. The brief called for a composite material and, instead of using resin, Hardiman created his own material using pea straw and grass seeds, cooked and moulded in the kitchen of his small Melbourne share house.

The stool, which is completely biodegradable, explored the concept of making your own furniture – something more common in 3D-printed work, but unexpected in a first-year student project on composite materials. Entering the work in the prestigious Bombay Sapphire Design Discovery Award, the fledgling designer was amazed when it became a finalist among a line-up of Australia’s leading creators. What Hardiman took from this success is that “the work of students is just as valid as those who have been practising for years”.

The following year, Hardiman entered Klag, a three-legged chair made of fly ash, a coal combustion by-product and concrete substitute, in an Italian competition. The prize was a stand at the Salone del Mobile (the Milan Furniture Fair), and to his surprise he won – though not having the ability to make the trip to Italy, he was awarded runner-up. Through a discussion with the award’s coordinators at the famed Milan Polytechnic, Hardiman realised that he was the only Australian entrant, and with that he launched a Facebook page to share international awards with designers globally.

The concept of giving is constant through Hardiman’s work, as can be seen through his more curatorial endeavours. As his former RMIT mentor, Simone LeAmon observes: “Dale is the instigator and co-founder of numerous design projects that bring together Australian designers in the spirit of high-level creative risk-taking.”

LeAmon, now curator of Contemporary Design and Architecture at Victoria’s National Gallery of Victoria, has supported Hardiman’s vision through the avant-garde 1-OK Club, which he launched with fellow designer André Hnatojko – a platform to showcase the work of emerging and cutting edge Australia designers. “His motivation is quite simple – he gets community,” adds LeAmon. “He understands that, underpinning a vibrant design sector, there is social cohesion, where practitioners exchange ideas, conversation and demonstrate a genuine interest in each other.”

In speaking with Hardiman, the word ‘facilitation’ is never too far from mind, and to make his less commercial endeavours possible, he launched Dowel Jones with Adam Lynch in 2013. Starting as a concept to create open-source designs, Dowel Jones provides plans online for designs using simple materials like dowels that are readily available at any local hardware store, so that people can literally make their own pieces – removing the need for transport and manufacturing. Three years on and Dowel Jones now has several furniture, lighting and accessories for sale, which are achieving local and international acclaim.

Working backwards from conversations and accessible manufacturing, Hardiman sees the Hurdle brand family of stools, side tables and chairs as a perfect example of Dowel Jones’ process. “We talk to people about what is needed, what kinds of products are needed and what kind of price-points are needed,” describes Hardiman. Since its launch in June 2015 as part of the Broadsheet pop-up restaurant, the Hurdle family has elevated the brand to local and international recognition, becoming something of an icon of Australian café design through the work of designers such as Sydney’s Matt Woods.

“One of my challenges is ensuring original and locally-designed furniture gets across the line,” says Woods, whose Rabbithole Organic Tea Rooms feature the family extensively. While some of the products he proposes carry a price tag that justifiably “raises the eyebrows of clients on a tight budget,” he points out that, “Refreshingly, Dale has been successful in producing the Hurdle range of chairs and stools, which not only meet my aesthetic standards, they are also positioned at a price point that appeases the purse strings of the price-conscious client.”

Manufactured in Thomastown and the Dandenongs, the Hurdle family is assembled in Melbourne and in just over a year has made the leap to venues in Denmark, Zurich, Canada and the Singapore National Gallery. With such immediate success, Hardiman is still humble, emphasising, “The most important thing about Dowel Jones is relationships.” And, while it is clear this life story is being written as it happens, Hardiman will no doubt continue with the idea that, for him, design is truly about facilitating something for someone else.