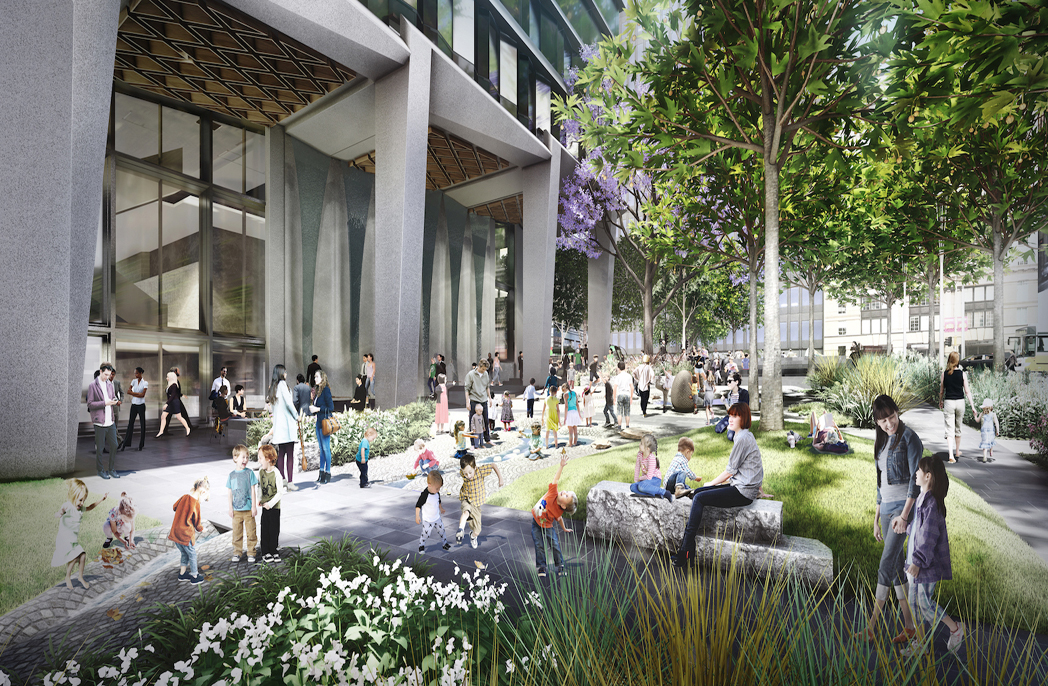 The Future Melbourne Committee has unanimously endorsed plans for the first new urban park in the Hoddle Grid since City Square was developed in 1980. The Market Street public park is adjacent to Cbus Property and ISPT’s landmark Collins Arch development at 447 Collins Street and will improve connectivity and walkability in the CBD’s western grid. 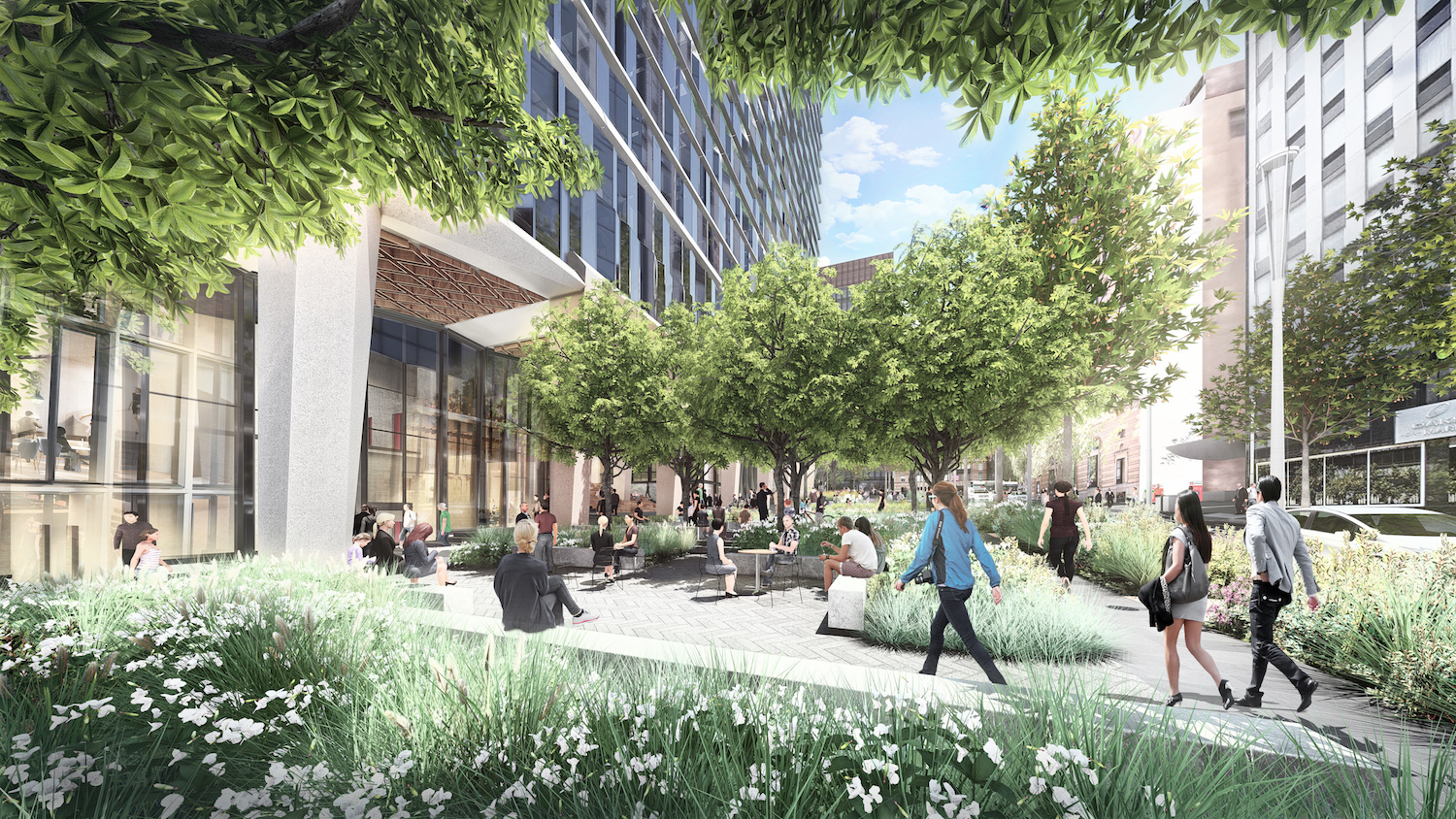 The new park will be connected to a further 1,750-square metres of publicly accessible and occupiable space within the Collins Arch development via a large amphitheater. The total open space added to the block will be nearly 30 percent larger than the previous National Mutual building forecourt.

Designed by award-winning landscape architects Oculus, in collaboration with a Project Steering Committee, which includes Council and Cbus Property representatives, the park will comprise a collection of unique public spaces, as well as wide bluestone paths to accommodate more pedestrians, new seating, space for programmed events and improved pedestrian access to public transport.

The new park is extremely important for the CBD, from both an environmental and human wellness perspective, and continues to build on Cbus Property’s overall sustainability strategy, comments Adrian Pozzo, CEO of Cbus Property.

“Cbus Property is proud to contribute to the development of the Market Street park which will create a green refuge for future residents, tenants and visitors to Collins Arch and the wider CBD community. We are excited to work with the City of Melbourne to deliver the park and contribute to the future vision for Melbourne’s CBD,” says Pozzo. 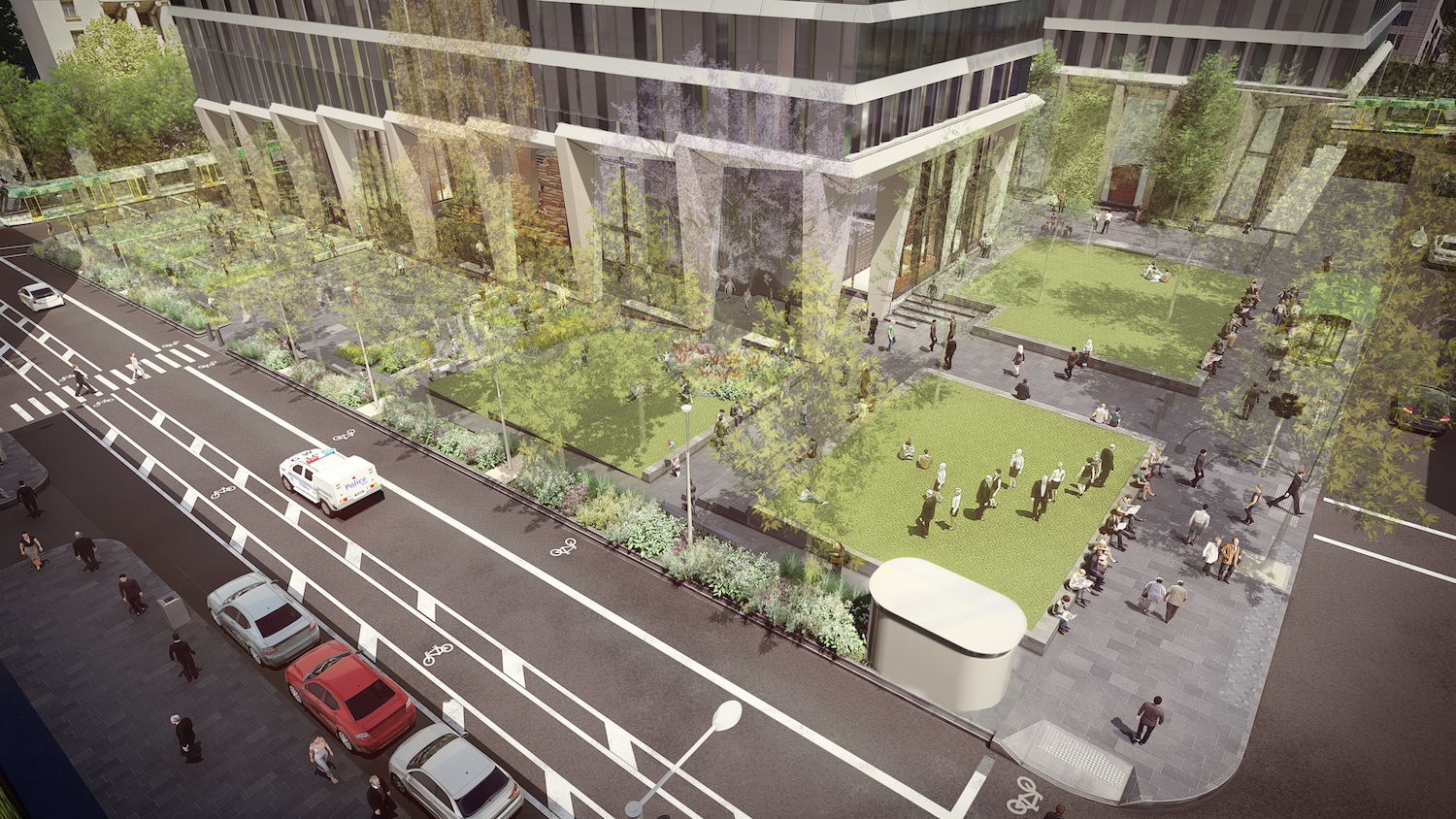 “The park design will incorporate a number of environmentally sustainable design elements that meet the requirements of a modern and future focused city, as directed by City of Melbourne’s strategies and guidelines. The introduction of tree canopy, lawns and garden beds within the park will help mitigate the urban heat island effect, with the proposed Water Sensitive Urban Design elements minimising storm water runoff. These design considerations will create a contemporary and functional public park, that will benefit the overall wellbeing of the community and the city environment,” says Pozzo.

The park design features a variety of trees and lawns and capitalises on the unique slope of Market Street, providing a line of sight the length of the park and down towards the river. The park incorporates a collection of spaces, including a City Garden, Central Plaza, a Terrace and Northern Lawns, to encourage different uses that are relevant to the whole community. Each space will create clear pedestrian connections via north-south links to public transport, the Northbank, as well as the broader precinct, including the Immigration Museum.

A playful landscape, featuring sensory integrated elements, has been incorporated into the park design to encourage imaginative nature-based play for younger children and their carers in the city.

“This landscape architecturally designed park is an important addition to Melbourne’s CBD. The introduction of an open green space will help extend the urban forest for public enjoyment. The park design is distinctly Melbourne, drawing on the materiality and history of the surrounding CBD streets and heritage buildings, incorporating elements of bluestone and sandstone.” says Claire Martin, Associate Director of Oculus.

“The park will feature a number of environmental and biophilic elements, including an extensive tree canopy of varying heights woven throughout the space which will help to mitigate heat, the evaporative cooling benefits of the adjacent water wall, and use of local materials and place based references. Perennial borders been incorporated to increase biodiversity in the city, utilising where possible locally indigenous plants that were in the area prior to settlement,” says Martin.

The creation of the park will see the western side of Market Street repurposed into public space, while the eastern side will be transformed to include a new bike lane. The remainder of Market Street will become a single lane carriageway for southbound traffic and kerbside parking.

Collins Arch is currently under construction with completion expected in late 2019. The Market Street park is scheduled for completion in 2020. The City of Melbourne will decide on a name for the park at a future date.