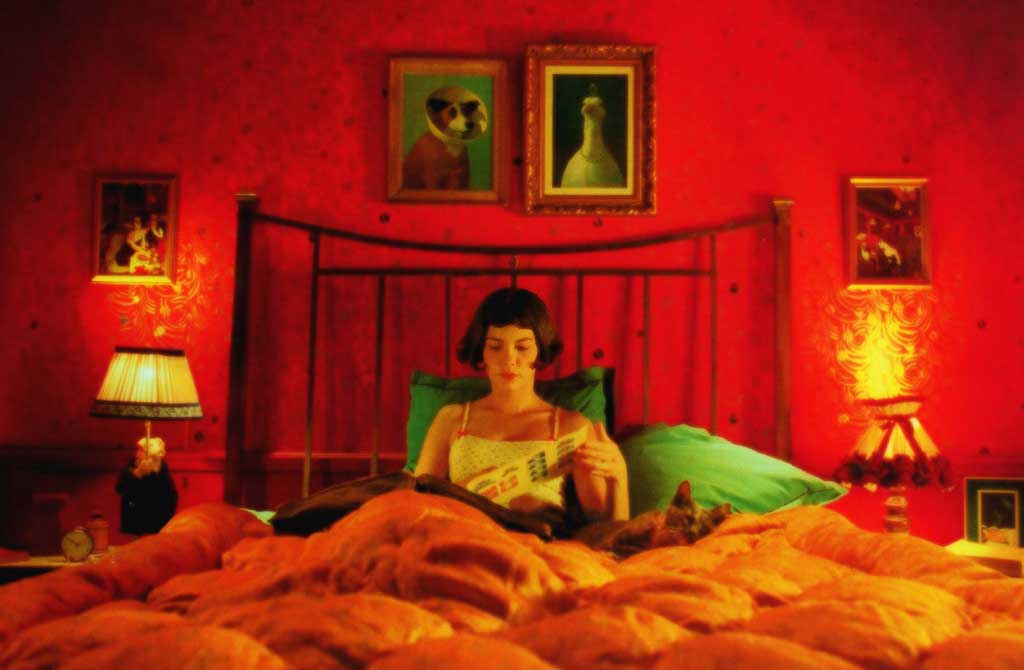 12 movies with dreamy homes to distract you during lockdown

If week five of coronavirus lockdown is giving you the case of cabin fever, we’ve chosen 12 films with dreamy interiors that can offer some escape from your own four walls.

There is some serious envy in watching this Christmas-themed flick since it centres around something we can’t do for the foreseeable future – travel, let alone house swap with a complete stranger.

But with winter around the corner, Kate Winslet’s cosy British cottage looks like a slice of heaven and Cameron Diaz’s L.A mansion is just as nice. Who doesn’t want a bedroom with remote-controlled blackout blinds?

Gatsby’s massive mansion looks amazing during the day, but at night, it escalates into fairytale-status. If only its story ended in happily ever after.

The interior of the home is filled with expensive furnishings and artworks that make you wish you could experience the dizzying days of the 1920s… along with its bright turquoise pool and spiral staircase-accessed wardrobe.

This mansion served as Baz Luhrmann’s inspiration behind the set design. It was on the market in 2017 for $85 million.

The Great Gatsby is available on Netflix.

This classic French film offers up plenty of design inspiration with its richly saturated colours and vintage-inspired details. We’re not sure we could pull off a red bedroom that feels more relaxing than sensual, but Amélie does it with typical French aplomb.

The gothic styled patterned wallpaper paired with yellows, creams and antiques are common in French cottages, along with animal prints and the iconic bedside piggy lamp. The cute little windowsill of plants and herbs is also so very French.

Amélie is available on Apple iTunes.

While Stanley Kubrick’s science fiction masterpiece may not seem like a place to seek out decor inspiration, it actually features beautifully designed interiors.

With its stark white walls, luminous floor and ornate Renaissance decor fit for Louis XVI, the bedroom from the flick is instantly recognisable. It was conceived by production designer Harry Lange, who had previously worked in the future projects department at NASA.

2001: A Space Odyssey is available on Foxtel Go.

Every one of Wes Anderson’s films is a feast for the eyes, but it’s almost impossible to top the interior perfection of The Royal Tenenbaums.

Each room of the Tenenbaum family’s Harlem mansion is decked out in Anderson’s signature saturated hues and accented with unexpected details like zebra wallpaper.

Production designer David Wasco repainted the whole house a couple of times until Anderson thought it was just right.

The Royal Tenenbaums is available to rent on Youtube.

Baz Luhrmann’s opinion-dividing epic was designed to mirror the early 20th-century properties of Northern Australia, in particular, its cattle stations.

The house in the film is typical of outback properties of the time complete with a wrap-around balcony and layered roof, and everything from the screen door to the decor was culturally accurate.

Australia is available on Google Play.

Besides being a beautiful tale of love and loss, Call Me By Your Name also had the most breathtaking home to ever grace a screen.

The soft, romantic colours and gilded antiques will have you ditching modernism and minimalism and dreaming of moving to Italy more than you probably normally do.

Interior designer Violante Visconti Di Modrone transformed an uninhabited mansion in northern Italy with antique maps, paintings and books, as well as glassware and crockery that once belonged to the designer’s own parents.

Call Me By Your Name is available on Amazon

Carrie Bradshaw’s apartment is by no means typical of an actual NYC one-bedroom home. She was supposedly paying just $US700 a month, but in today’s standards, an apartment of its size would cost more like $US3000 a month.

But still, her apartment had a lived-in and relatable quality. It wasn’t always perfectly tidy and it featured an eclectic mix of furniture styles – think flea market chic alongside mid-century modern.

Sex and the City, the movie is available on Stan.

If you can distract yourself away from the River god in the bathtub, this Oscar-winning flick swims through rooms that are gorgeous, if not in a little rundown – think leather-bound books, a gallery wall and a molded window.

He was inspired to give the protagonist’s apartment an aquatic theme, painting the famous The Great Wave off Kanagawa woodblock print by Japanese artist Hokusai on the wall and then gradually distressing the mural so it was barely visible to film watchers.

The Shape of Water is available to rent on Youtube.

While this film brilliantly captures the ennui that so many experience after graduating college, the stylish ’60s interiors are just as striking. From the Braddock family’s inviting home, to the sleek and modern style of the Robinsons’ abode, to the iconic rooms in the Taft Hotel.

The production designer Richard Sylbert and director Mike Nichols held long conversations about how to capture what they considered the essence of Beverly Hills – its “flora and fauna trapped, as it were, behind all that expensive glass”.

Leave it to fashion designer Tom Ford to create a film where the design is almost as important as the plot, making use of layered patterns, colours and textures to bring to life a stylised version of the 1960s.

The house itself is called the Schaffer Residence, built by architect John Lautner in 1949 for the mother of one of his employees. The small two-bedroom property is at the foot of the Verdugo Mountains and the redwood, concrete and glass residence opens to the oak forest that influenced the form and orientation of the design.

A Single Man is available on Google Play.

Architects the world over have gone gaga for the house featured in last year’s Oscar-winning South Korean film. In the movie, this marvel of modern architecture was designed by a fictional architect named Namgoong Hyeonja. In truth, it was the brainchild of Parasite production designer Lee Ha Jun.

While most people were convinced the movie took place in a real home, it was actually an open set built on an outdoor lot. Still, we’re sure someone will build it as soon as this lockdown is over.

Parasite is available on Stan.