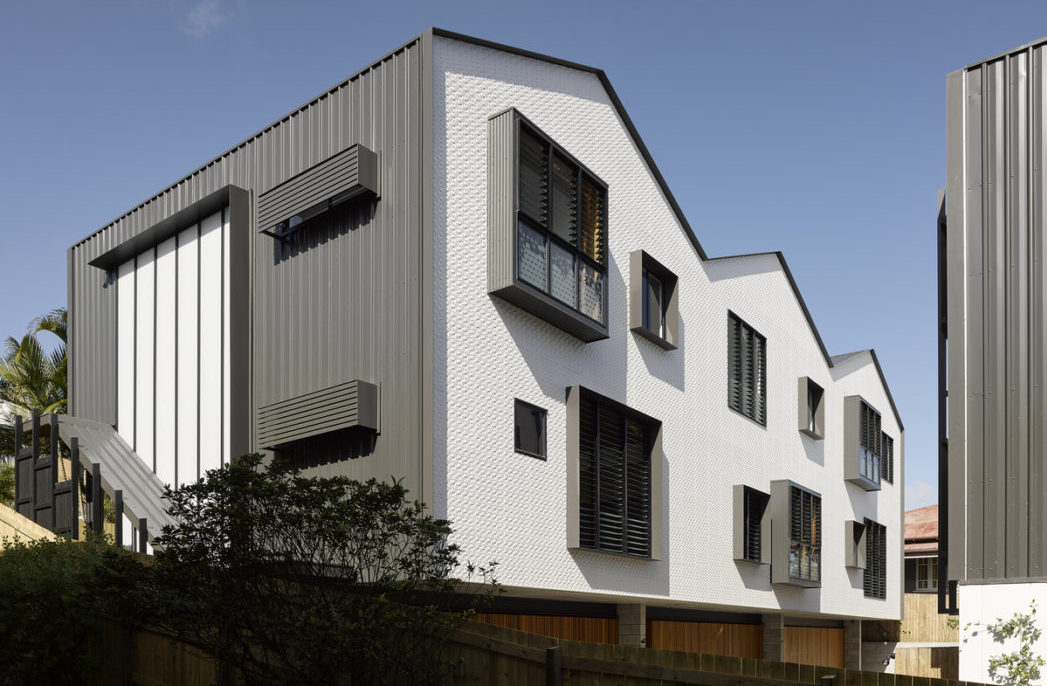 Habitat on Terrace by REFRESH*DESIGN

The two critical drivers informing the conceptual framework for Habitat on Terrace were context and feasibility, both of which leant heavily on the local town plan.

The project feasibility hinged on the addition of the fifth dwelling on a mere 760-square metre site, which in turn informed the architectural design of the whole development through direct references to the existing Queenslander on the site. The design principles coupled with the yield of the fifth dwelling were able to tip the scale in favour of value over cost to take the development from being a paper project to a built outcome. 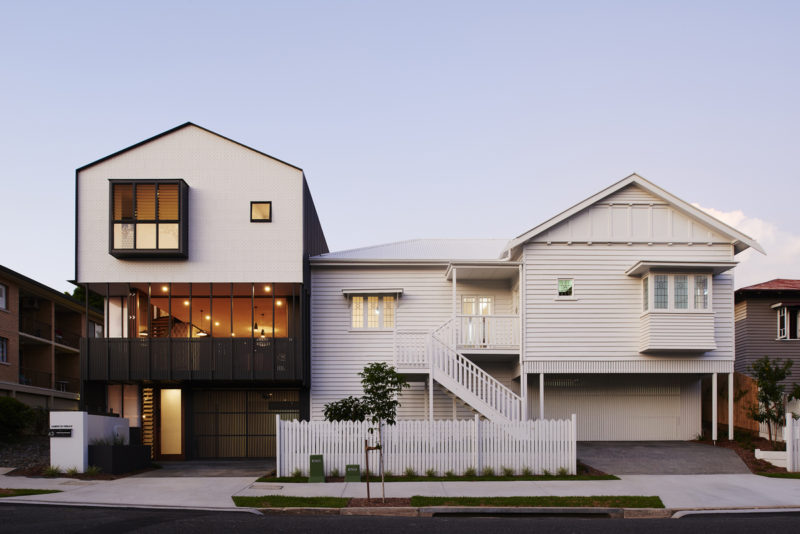 The Habitat on Terrace project is an exercise in densification of the inner city suburban site while respecting the local context. It attempts to form an example of how a development project can respond to the character of the Queensland vernacular through its contemporary interpretation. 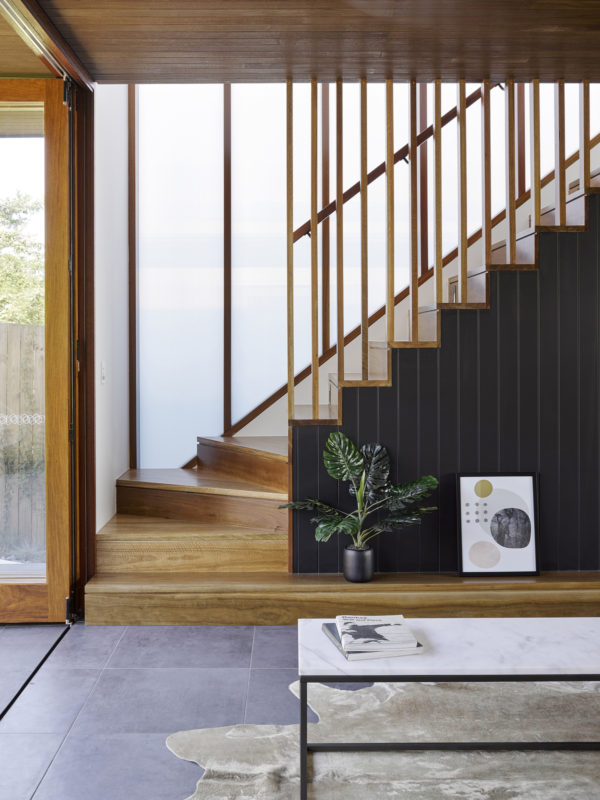 The site strategy took queues from its immediate context. The existing Queenslander was raised and relocated towards a two-storey timber house next-door to the east, while the new ‘fifth’ townhouse was sited to the west, closer to a neighbouring three-storey unit block. The new townhouse borrows height from the adjacent unit block and makes direct reference to the existing Queenslander on the site. It reinterprets the shape, proportion and features of the existing house façade. The result is a contemporary, three-storey interpretation of the traditional Queensland house, which is supported by the local code. 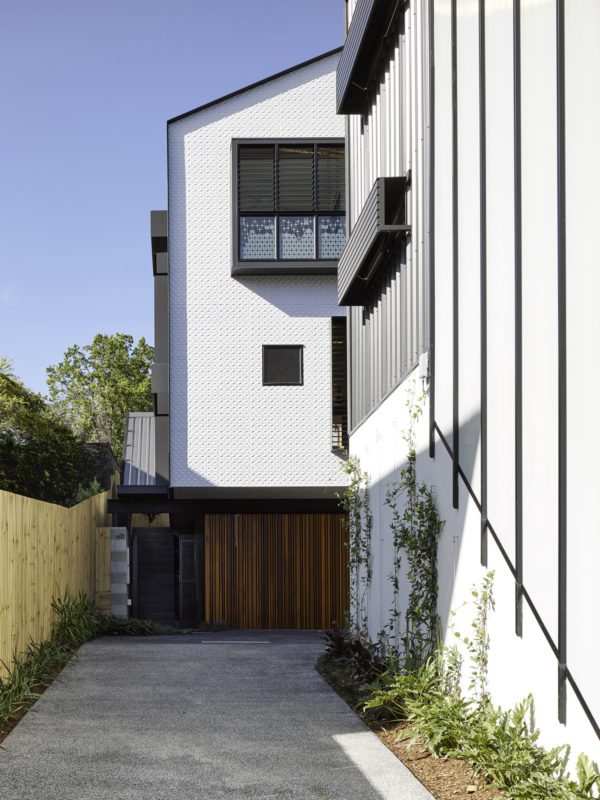 Habitat on Terrace’s three rear dwellings repeat this concept to form a set of three ‘glued together’ houses. North and south façades are linked with a ribbon of folded metal sheeting which forms the triple-gable roof that extends down to bookend the form on the east and west sides. 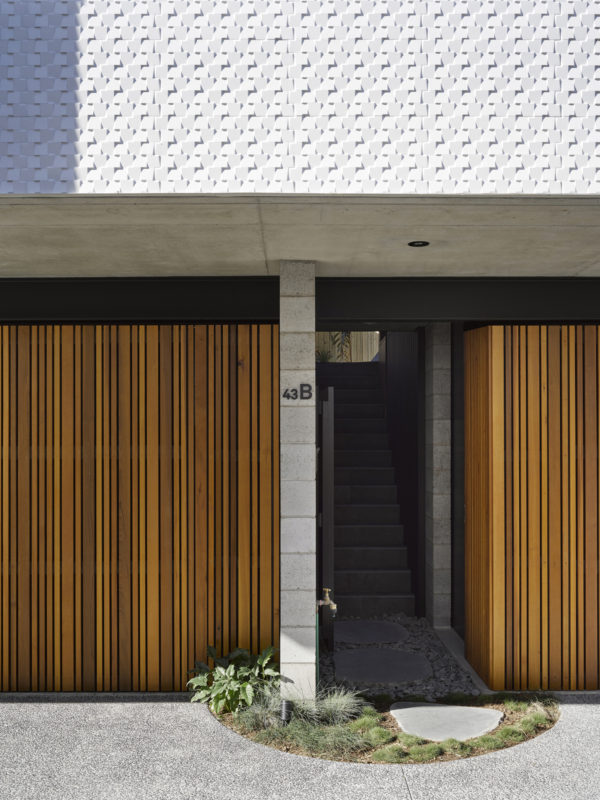 Each dwelling embraces sustainability through passive design principles. Living spaces extend into the landscape through the use of full height bi-fold doors, which genuinely connect the inside and outside. Despite being compact, the living areas feel generous by borrowing outdoor spaces and vistas. 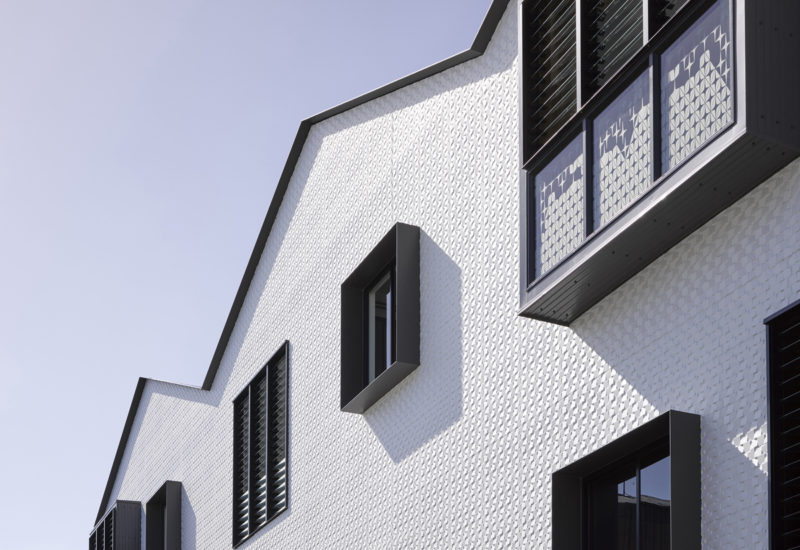 The entry sequence to the three rear townhouses re-imagines the experience of arrival. A private external gate and stair lead you up to a beautifully landscaped yard and terrace for each individual home. The rear terrace substitutes the traditional veranda and reveals the entry door. 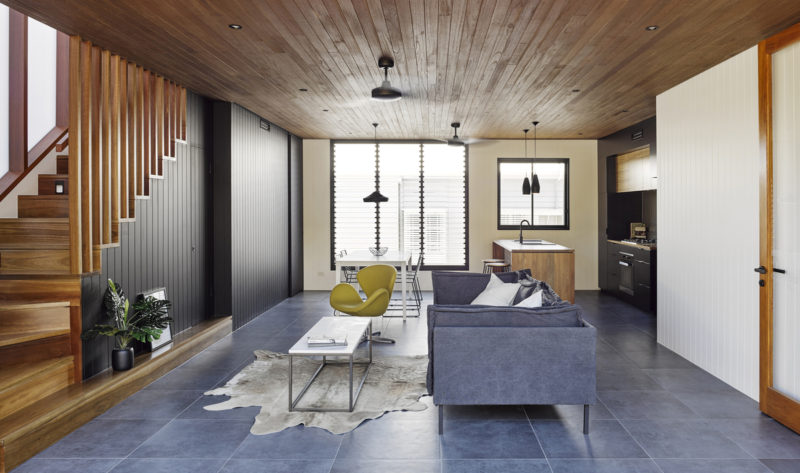