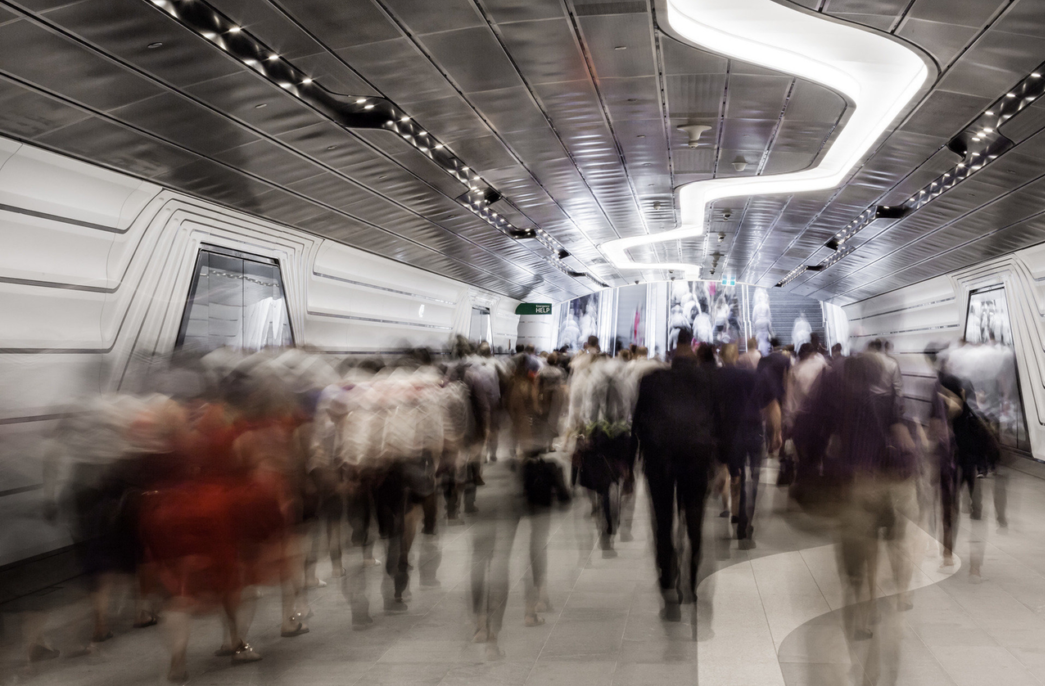 Speaking to ADR, Woods Bagot principal and director Domenic Alvaro says the predominantly underground walkway, which is designed around quality of experience, signals a change in the typology that redefines how public spaces are conceived.

Linking Wynyard Station to the western corridor of Sydney’s CBD, Wynyard Walk comprises a series of above and below ground urban interventions including a nine-metre wide pedestrian tunnel, bridge, plaza and a new civic building.

From the outset, principal client Transport for New South Wales, which made the quality of the customer journey a key consideration for the project, was open to new ways to approach the design, says Alvaro. “The customer experience was number one on the agenda.”

This experience is wed to the sense of place inherent in the walkway design, or as Alvaro puts it, the creation of a uniquely Sydney narrative. “It’s as much about a contextual response to orientation and finding a narrative that enables you to be aware that you are on a public, self-aware journey that is about connecting one place to the next,” he explains.

The concept of flow – which informs much of the design work – draws on the natural geology of the Sydney Basin, with its landscape of deep cliffs, gorges, beaches and estuaries carved by erosion. A metaphor for the fluid flow of pedestrians, the design references the movement of water as, like water, people follow the path of least resistance. The linearity of movement is reinforced through materials and detailing to enhance way-finding and create a unified experience.

Also unique to the project is the use of screen-based artwork. Where other projects might see an opportunity to include advertising space, Woods Bagot took inspiration from the private sector and pushed hard for the inclusion of art rather than advertising. “Everyone agreed in terms of Transport for New South Wales, and through the stakeholder process, they largely regarded that screen as a really important civic representer of the city of Sydney and as an important place-making opportunity.”

The shift in design thinking has helped Woods Bagot deliver a public infrastructure project unique to Sydney and one that pedestrians are embracing. “People are telling us that they’re using Wynyard Walk as a primary route to get back to Clarence Street or Wynyard Station. People want to experience that space rather than opting to walk on the street,” says Alvaro.

See some more of Woods Bagot’s latest work in the ADCO Melbourne offices.