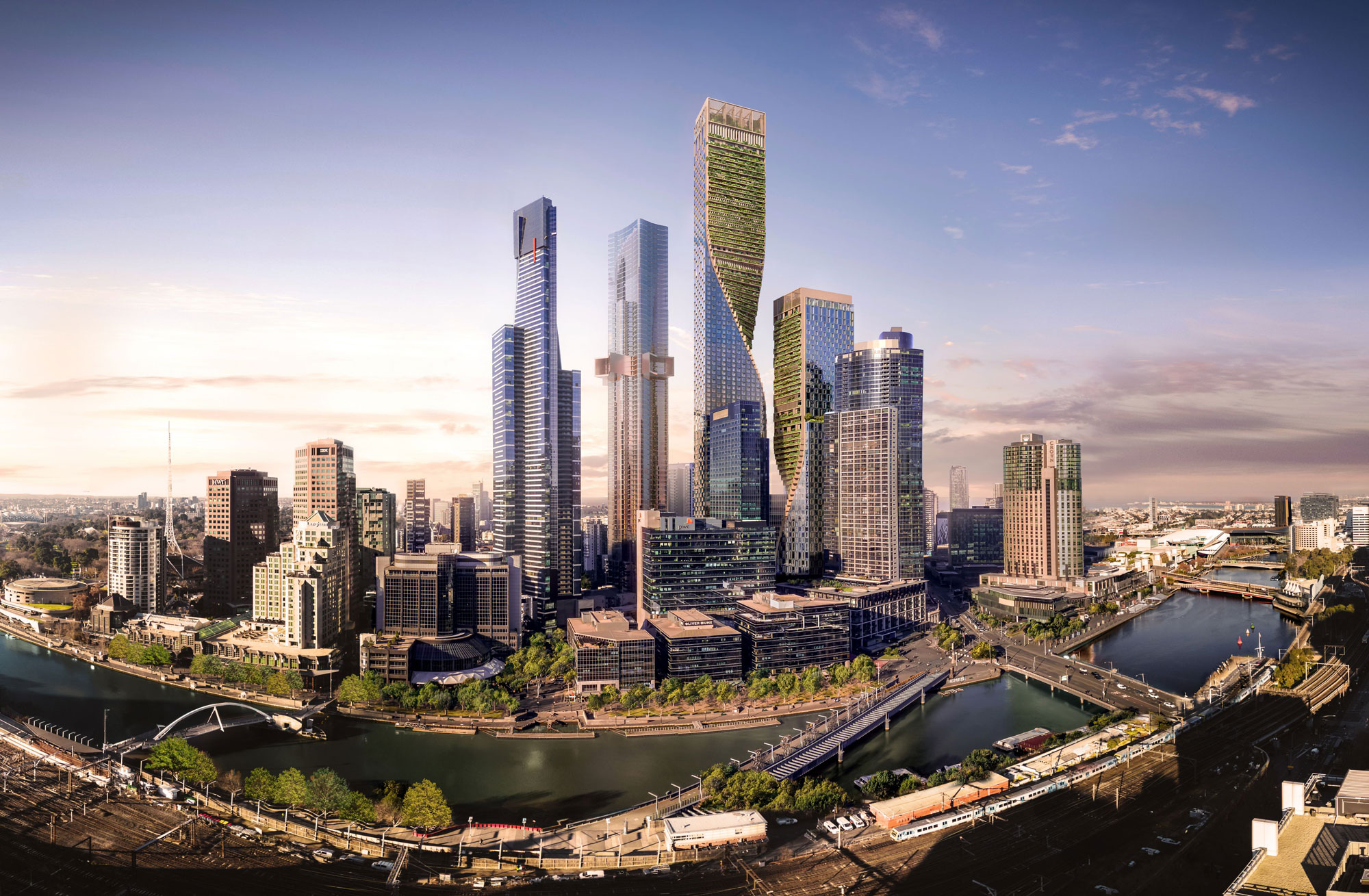 The Victorian State Government has officially given the green light to the $2 billion Southbank by Beulah project conceptualised by UNStudio and COX Architecture.

Lodged in August 2019, the permit will now allow Beulah to officially transform the current CBD BMW site into a vertical village spanning a total of 270,000 square metres.

Envisioned as a “vertical mini-metropolis”, Southbank by Beulah will have four collections of private residences, a 220-key five star hotel and 36,000 square metres of office space.

There’ll also be a childcare centre, a health and wellness precinct, arts and culture spaces and retail, all within two twisting terraced forms.

The project will be Australia’s tallest tower at 365 metres high, dubbed the “Green Spire” by COX and UNStudio and described by Beulah as an “homage to Melbourne’s title of The Garden City, symbolically bridging the iconic Royal Botanic Gardens with Melbourne’s Arts Precinct.”

The firms beat other shortlisted designers BIG and Fender Katsalidis, COOP HIMMELB(L)AU and Architectus, MAD Architects and Elenberg Fraser, MVRDV and Woods Bagot, and OMA and Conrad Gargett with what Beulah international executive director Adelene Teh described as a “bold, yet thoroughly considered approach to creating a context-driven landmark as an addition to Melbourne’s skyline.”

Characterised by twisting cascades of greenery that appear to be cut out from the tower forms, the Green Spire “considers nature, culture and well-being within the urban framework”.

Pocket parks will be a focal point throughout the building, along with a rooftop sky garden 100 storeys above ground.

“For all of Melbourne’s much-admired built environment… it is actually our public spaces and civic infrastructure that makes Melbourne ‘Melbourne’. Our green spaces are key to this…they are our city’s lungs,” says COX director Philip Rowe.

“As Melbourne grows to become Australia’s biggest city these timeless features must be retained, nurtured and allowed to grow with the city…and that is the driving idea behind the Green Spine.”

Construction on Southbank by Beulah is forecast to commence next year and will take approximately five years to complete.