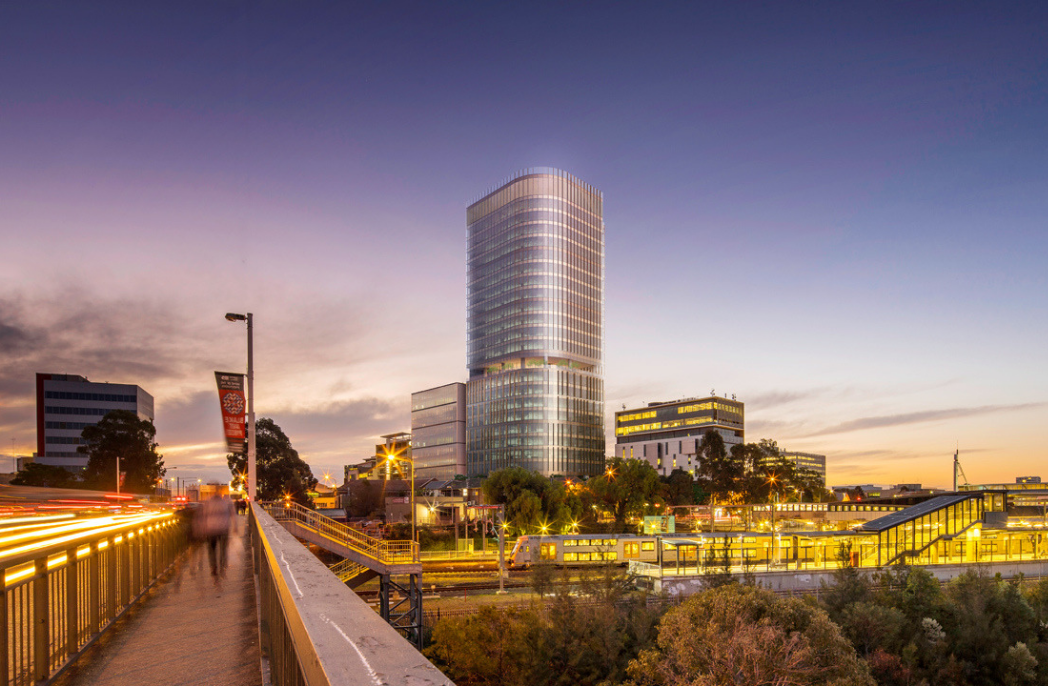 Fender Katsalidis’ design for Liverpool’s tallest commercial tower and its surrounding redevelopment has been given the green light.

Called Liverpool Quarter, the project will feature a 23-storey curved tower which is to be the focal point of the new Liverpool gateway.

“Liverpool Quarter is a landmark project that will transform the area and enhance its surrounds,” says Fender Katsalidis director Mark Curzon. “The building will act as a regional marker welcoming one’s arrival into the city whilst creating an exciting new civic precinct celebrating its heritage.” 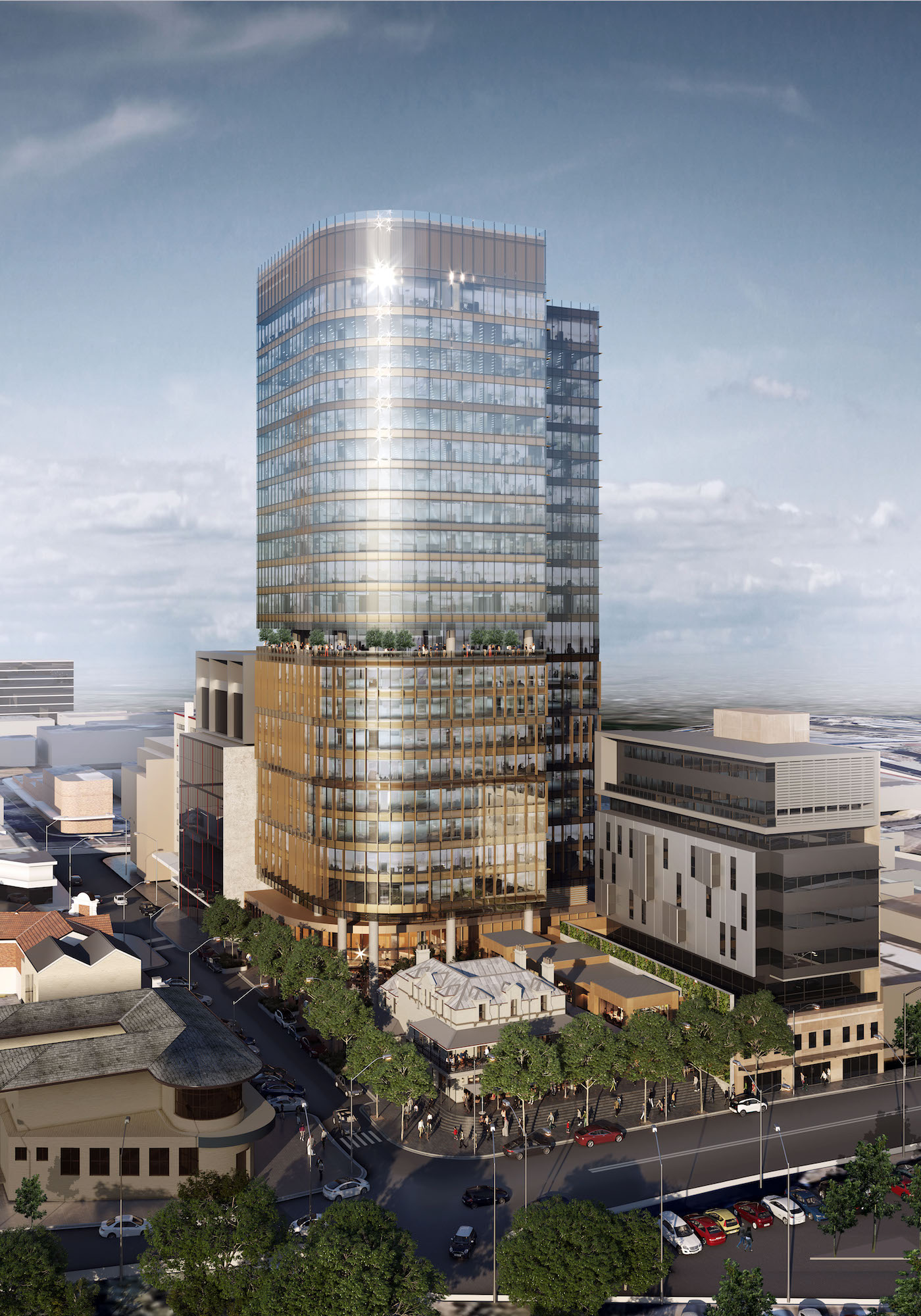 The design draws upon the existing aesthetic of the area including Liverpool’s brick buildings, green corridors and riverbanks.  In addition to the tower, the project comprises the refurbishment of the existing three-storey heritage New Commercial Hotel along with the construction of a two-storey building known as The Stables.

“The Stables has been designed to reflect the current heritage streetscape in terms of both scale and materiality, the lobby component of the tower also responds to this ‘two-storey’ scale as the tower floats above,” says Curzon.

The design response features plenty of ‘breathing space’ between the existing heritage New Commercial Hotel and new buildings. 1,200 square metres of open space will act as the heart of the precinct, providing greater connectivity to the city. 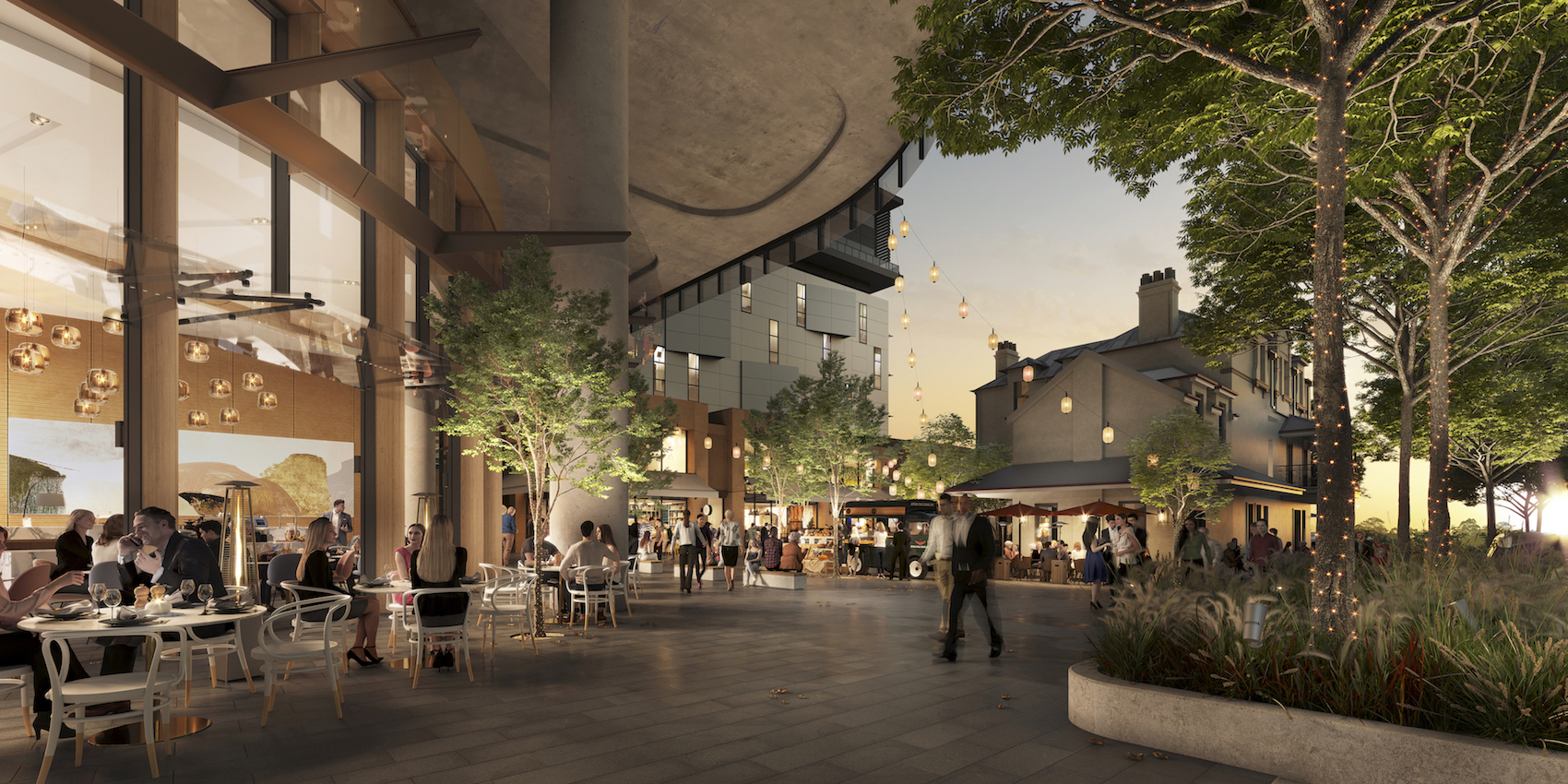 “This new urban space has been designed to be a vibrant hub for the precinct and beyond that simultaneously enhances urban new connections,” adds Curzon. “The new precinct celebrates its past by embracing its unique heritage whilst encouraging community activation, pedestrian permeability and, ultimately the scale and the diversity that Liverpool deserves as a growing city.

“Liverpool Quarter will set the standard for the best premium office space and public open space in this amazing emerging city,” Curzon continues.

The project is set to cater to the growing commercial demands of the area, particularly with the Western Sydney Airport approval, while the location also provides excellent connectivity to the Sydney CBD via the adjacent Liverpool train station.

“What drew us to Liverpool was the unprecedented infrastructure investment. We were attracted to this site given it was opposite the train station but also because of the three-storey heritage pub that was once the gateway to the city from the river and the east. 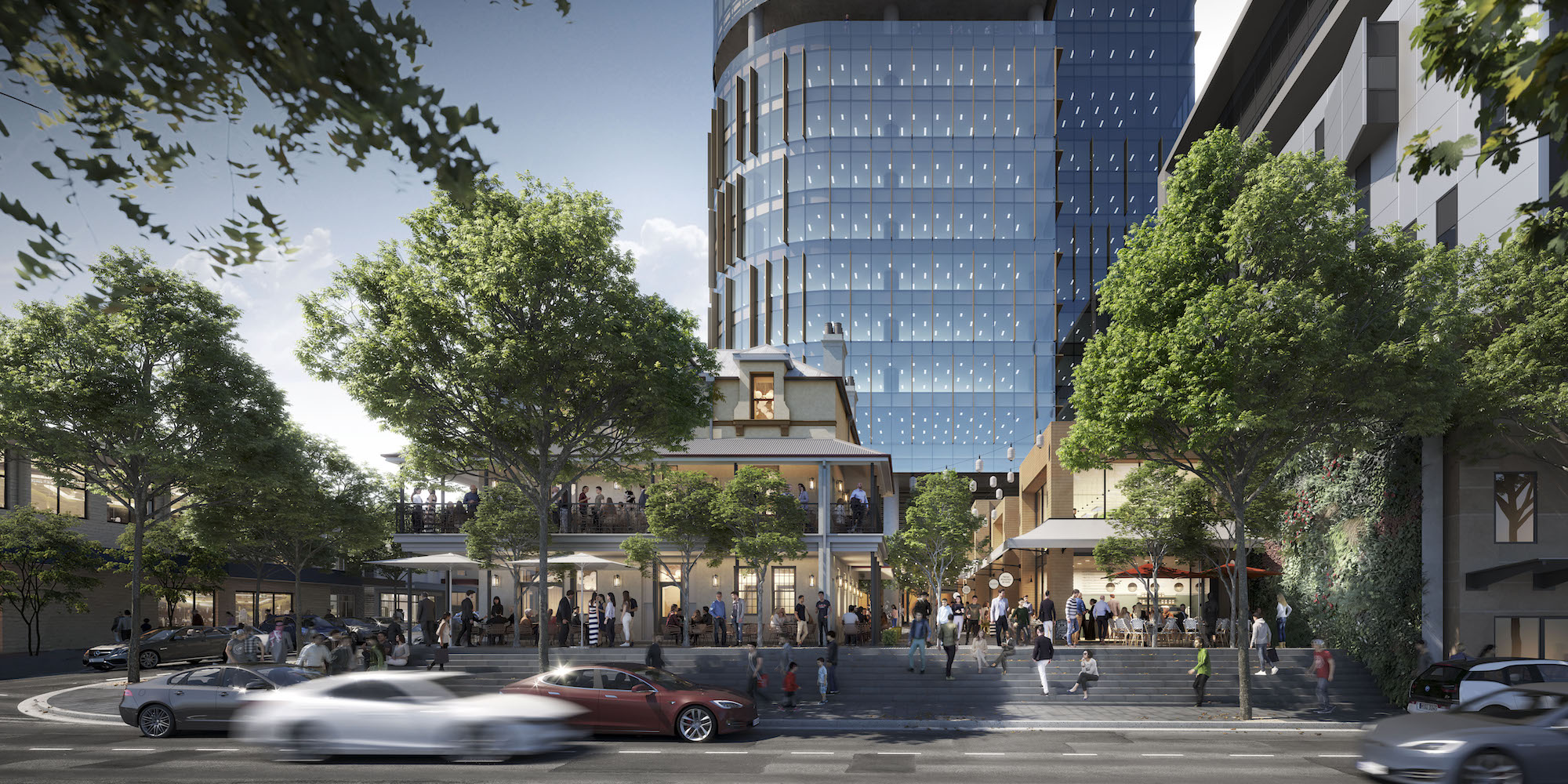 “Liverpool Quarter will stand proud as the gateway to the city and the refurbished pub alongside The Stables will create a destinational food and beverage precinct” says Macky Corp director Michael Hercus.

Construction of the building is expected to commence in late 2019 and completion is slated for late 2021.